Union Budget 2012: Everything About its Impact on Auto Sector

^^ so pajeros, fortuners, and santa fe fall into that category i guess.

Superbad said:
^^ so pajeros, fortuners, and santa fe fall into that category i guess.

Click to expand...
Yes you are right include the q7 s and x5,6, also and the so called 80,000 flat tax on diesel cars has not been implemented

In what has been a mixed Budget that saw cut in personal income tax across various slots, Finance Minister Pranab Mukherjee has also announced a rise in excise and import duty.*

The Finance Minister has pushed Excise duty up on large cars from 22 per cent to 24 per cent, while customs duty on auto parts and bicycles has also been increased.* * However, he has not announced extra tax for diesel vehicles, which will come as a big relief to the auto sector. * Here are the highlights of the Union Budget that will affect the Auto Sector: * * Basic Excise duty hiked to 12 per cent from 10 per cent Budget 2012. * Excise duty on large cars from 22 per cent to 24 per cent.* **Large cars to attract upto 27 per cent duty,*MUVs, SUVs enhanced **Cars to attract ad valorem rate of 27 per cent **Customs duty on bicycles and parts increased **Standard excise duty rate raised from 10 per cent to 12*per cent, to add*additional revenue of Rs 18,650*crore **LNG exempt from customs duty

Auto companies are planning to pass on hike in excise duty and raise prices. A*price hike is likely, they say.

Maruti: Will pass on hike; price revisions to be announced soon GM: Will pass on excise increase to consumer; Likely to see prices increasing from Rs 5000 – Rs 40,000 TVS: Will announce price revisions tomorrow; Have no choice but to pass on excise hike Toyota: Not good for industry, additional burden on customer now will lead to sales slowdown* M&M: Relieved there’s no extra tax announced for on diesel vehicles. On the whole, Budget has been along expected lines as far as excise hike is concerned.

What was Expected: * Extension of 200% accelerated deduction for R&D expenses (expiring on 31 March 2012) for a longer term. Introduction of specific tax breaks for R&D service providers Excise duty hike for FY13 – negative Hike in duty on diesel cars – negative Diesel subsidy: fix amount per litre to cut subsidy outgo * The story so far * The auto industry is dealing with many challenges like lower growth rate, rising fuel prices, inflationary trends, swelling interest rates. * Car sales in India*grew 13.11 per cent to 2,11,402 units in February as customers rushed to buy vehicles fearing rise in prices post the Union Budget, to be presented this week.*"People are expecting increase in car prices after the Budget as the government may roll back two per cent excise concession given as stimulus during the 2008-9 slowdown,"*SIAM*Director General Vishnu Mathur told reporters here.

* Advocating raising fuel price with rise in input cost, the pre-Budget Economic Survey asked the government to pay a fixed amount per litre as diesel subsidy so as to cut subsidy outgo. * There has been calls from different quarters to tax diesel cars saying subsidised fuel has been benefiting the affluent.* * However, the auto sector has also lashed out at the government for trying to impose higher tax on diesel cars, while preparing to cut duties on those imported from Europe. SIAM too has flayed the government's move. * India, the second -fastest growing car market in Asia after China, suffered a slowdown in demand in 2011 as many potential new car buyers deferred purchases due to costly auto loans and rising fuel expenses. Diesel car sales are now expected to propel the sales.

I am not sure about the applicability of 27% excise duty though.

I think Fortuner is not a CBU, but Pajero sport and Santa fe are. Bad timing on the part of Mitsubishi, they could've waited 4 days.

mbt_india said:
I am not sure about the applicability of 27% excise duty though.

Click to expand...
There was a special tax of Rs. 15k on large cars/SUVs/MUVs having engine capacity greater than 1500 c.c. This was in addition to 22% Excise Duty.

The good part is diesel vehicles are not taxed

.
And as far as excise of 2% hike is concerned, then petrol cars will be impacted as well. All in all, buyers with diesel bookings need not worry.
R

jalex said:
I mean, that all states and union territories should slap an additional 25%tax on Diesel cars without delay. Why should the Diesel car owner get a less taxed fuel, when the Petrol car owner does not?
Click to expand...
to the extent of my limited understanding, cost of refinement of petrol is much higher that that of diesel.

On separate note, budget is non-populistic with basic commodities going up, service tax going up (so we pay more for every service recieved - good or bad) and the salaried tax rates do not see much of change to give an anti-inflationary benefit.

So overall its slightly worse off than current situation - only hope being the incremental revenue is used judiciously to boost infra.

Tata has announced price hike for commercial and passenger vehicles (Link). And this is the reaction of Mr. Vipin Sondhi, CEO, JCB India on National Budget 2012.

“While one has to study the Budget in detail, my initial reaction is that it is inflationary and excise-related proposals would push up prices.
However, certain initiatives like liberalizing the External Commercial Borrowing (ECB) rules and boost to investment particularly in infrastructure sector, Relief in indirect taxes to sectors under stress; viz. infrastructure, manufacturing, mining, roads,…get duty relief are few positive signals. Also outlay for Infrastructure of Rs. 50 lakh crore in 12th Plan, is another step towards growth with encouragement to the private sector”
Click to expand... 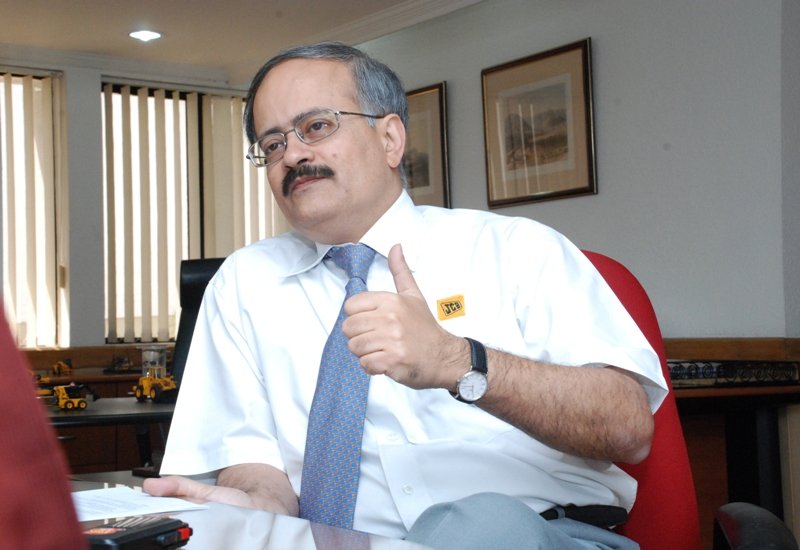 Hi Mods shouldnt this thread be renamed as this has been speculative only ?
i shiver everytime i read it

Rangarajan, however, said he does not know whether the expensive subsidy would be totally lifted.
Click to expand...
sankalp_1980 said:
Very Very Unfair act from car Co. - Shifting the burden directly to customers

Click to expand...
Correct.... GOI also is responsible for this.