bhvm said:
This bulb does not have a low beam shield. The beam pattern must be wonky & glaring.
My 1st gen activa also uses BA20D bulbs. But the factory 35/35 has a leaf on low beam filament.
Sample image-
Link

Beam pattern is weird irrespective of the bulb, thanks to the old school reflector design. Spread is very poor compared to newer multifocal reflectors. Even the high beam is not useful for the rider nor irritate the traffic

. Most of the Kineys used to have an Autopal 100-rupee aux lamp then. Used to ride with high-low switch balanced between two for combined beam

. With new sturdy clicking switch, that jugaad not possible now and the only way to ride safe at night is to ride (too) slow. (I had a recent slow speed fall because of the poor lighting, will update with timeline).
Last edited by a moderator: Sunday at 1:53 AM

Recently replaced all cables on my sister's Suzuki Lets, so knew it will fit Kiney too and bought Suzuki choke cable as the first option and thought of installing the pull lever in the front. Then dropped the idea as there was no recessed space like other scooters, with the box occupying most of the space. 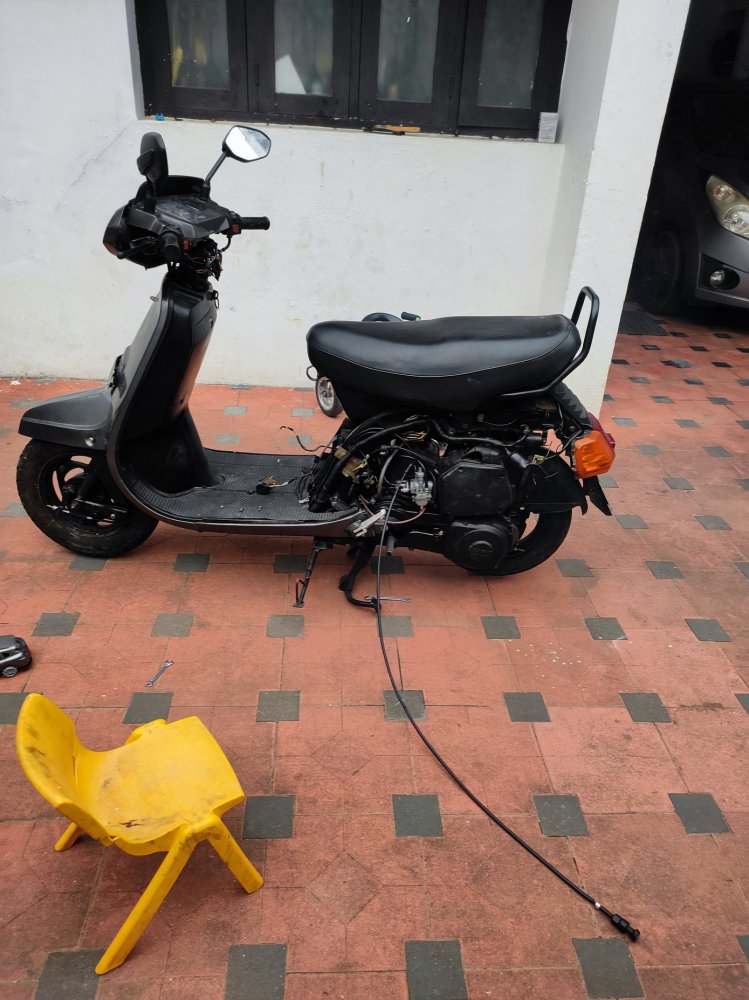 Then imagined installing somewhere near the battery cover, but the cable was too long and curling it up with make it inoperable. 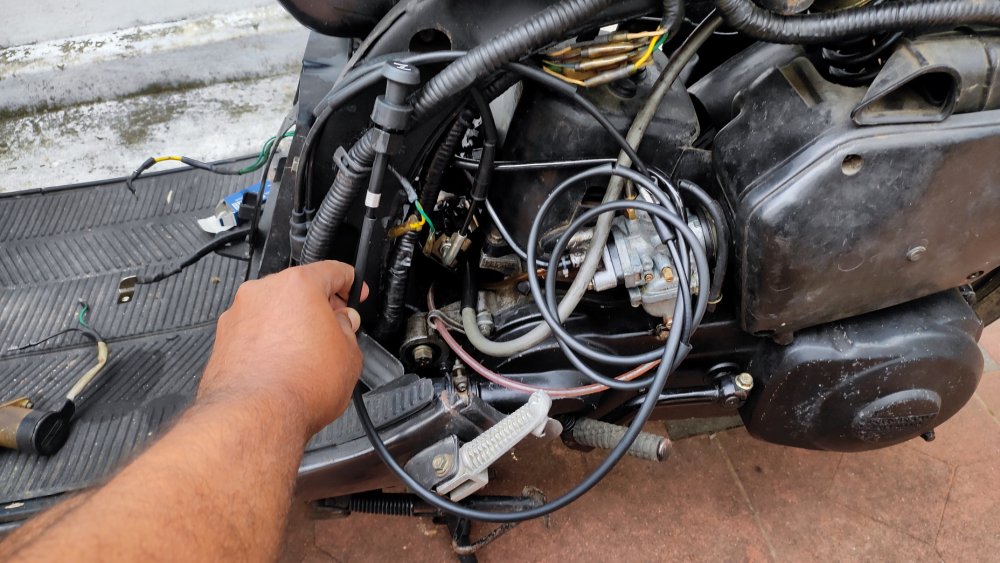 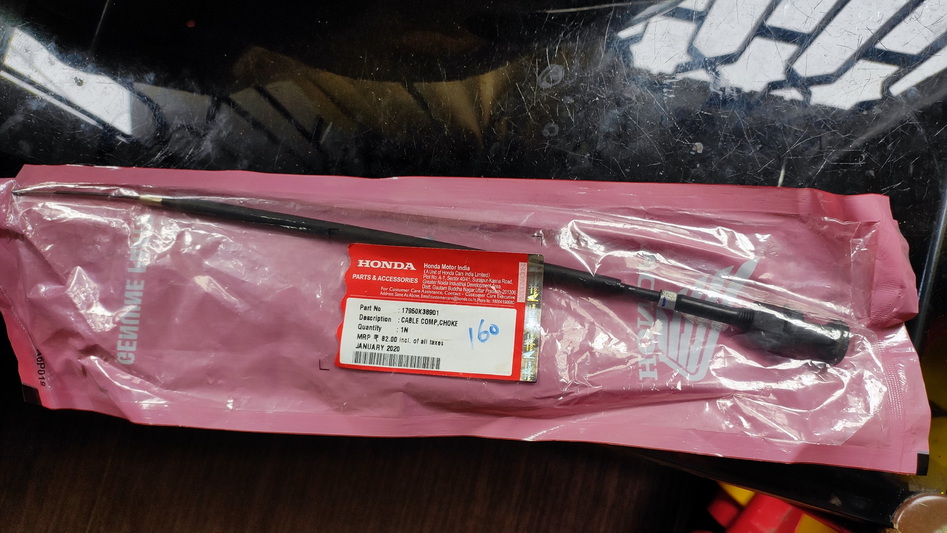 It was just over a foot long. 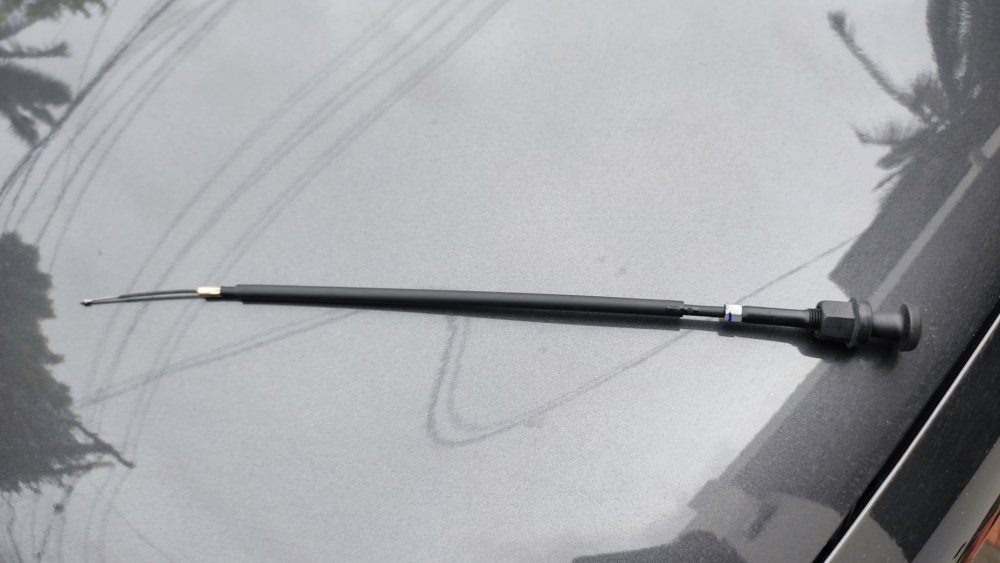 Met with a roadblock. There was 3.5 cm extra length, which made huge free play. 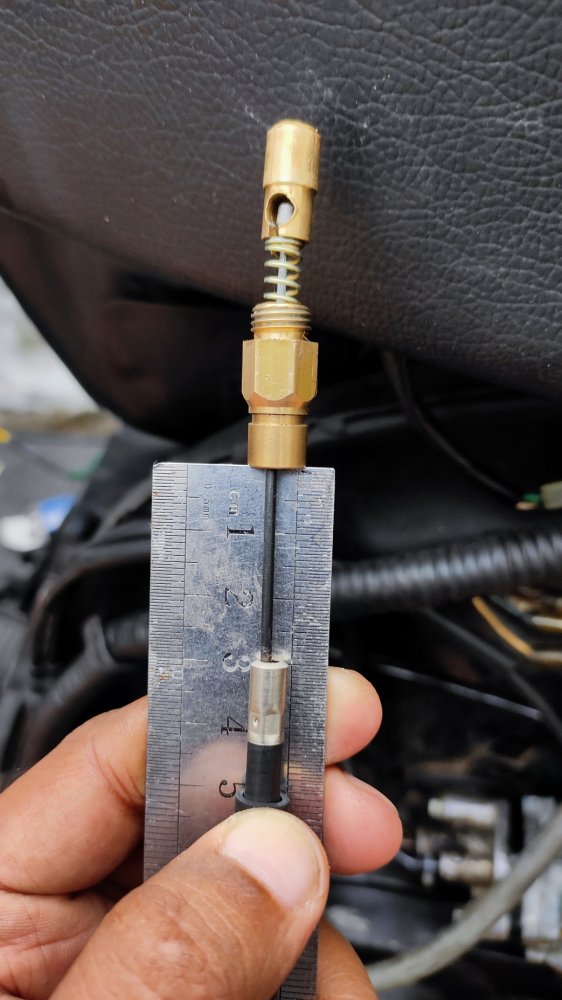 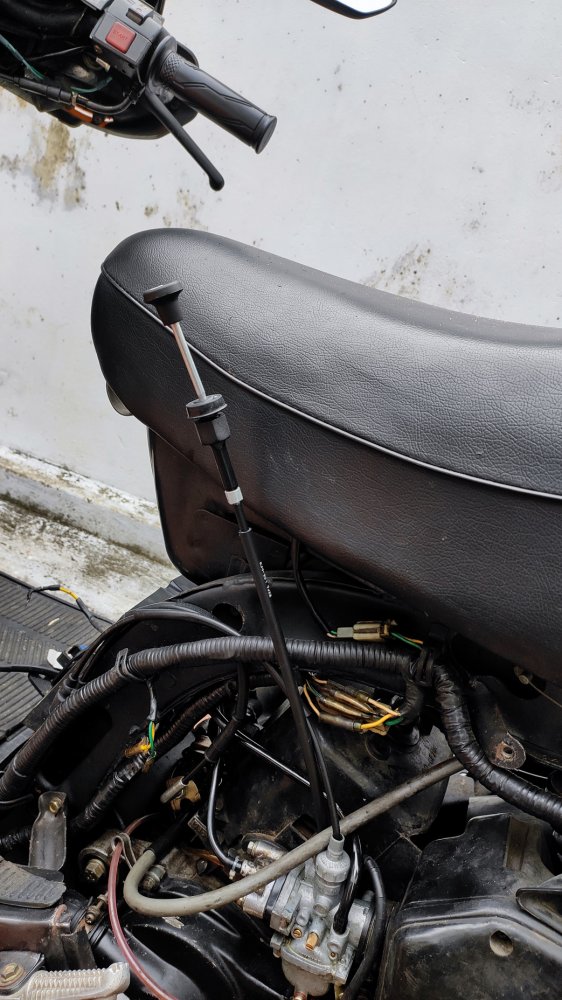 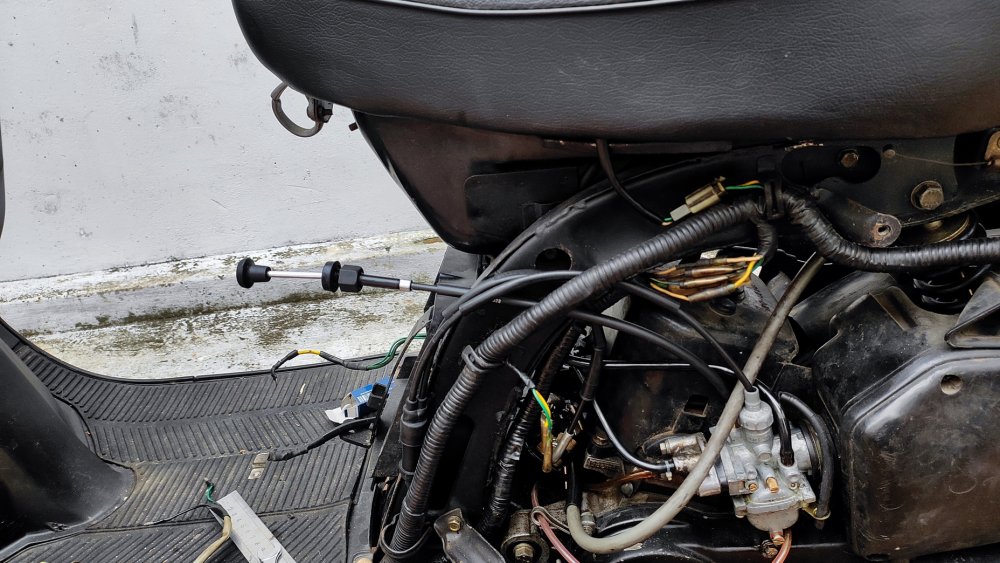 Had FZ's choke parts lying around, but couldn't find one in time to try. Jugaad came up in mind, a spacer. This ball point pen had to sacrifice. 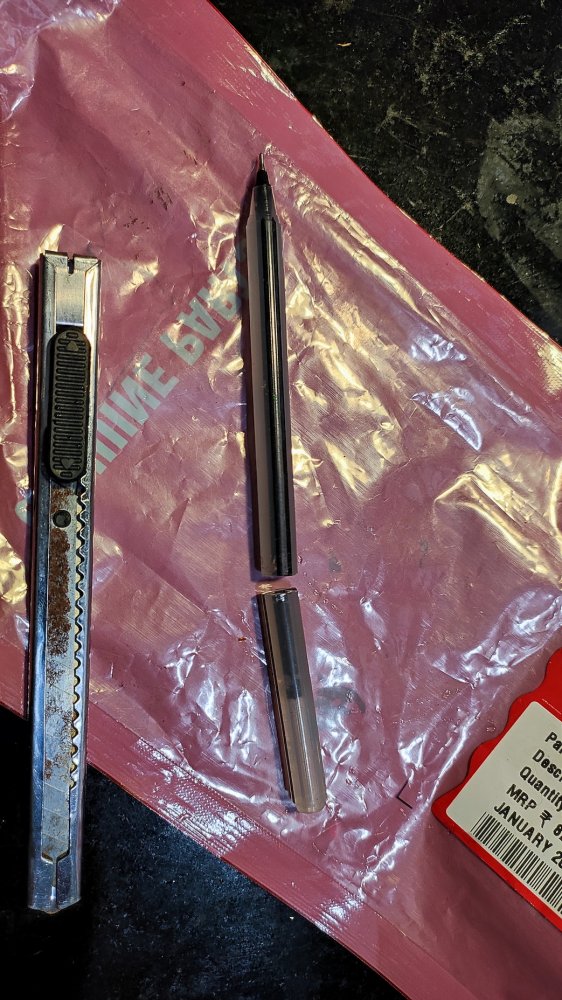 Removed the ink with thinner. It was all mess. 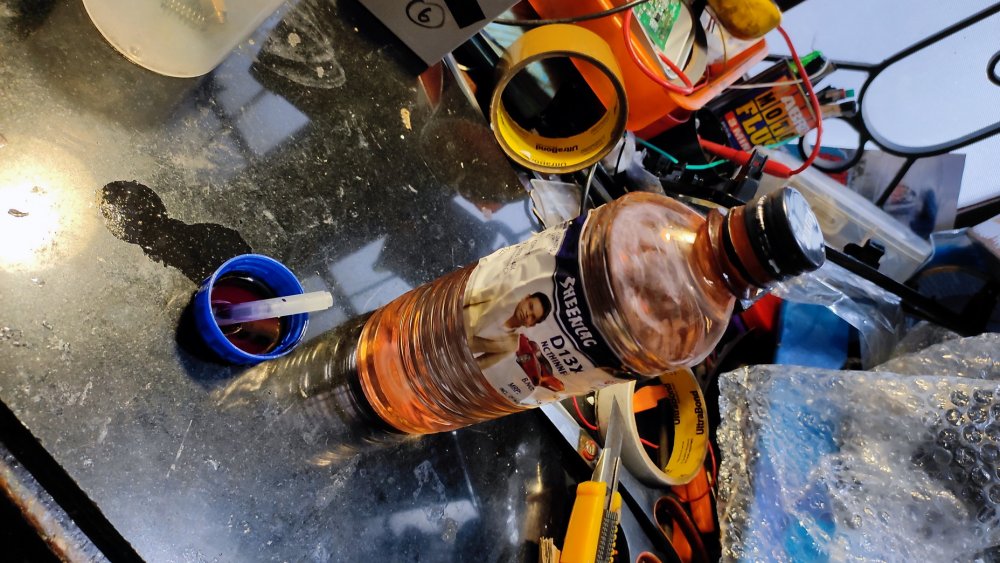 Drilled a bigger hole through to allow free passage of cable, then made the mouth bit bigger for seating of the cable outer and trimmed the outer diameter on the other side to fit inside the brass fitting. 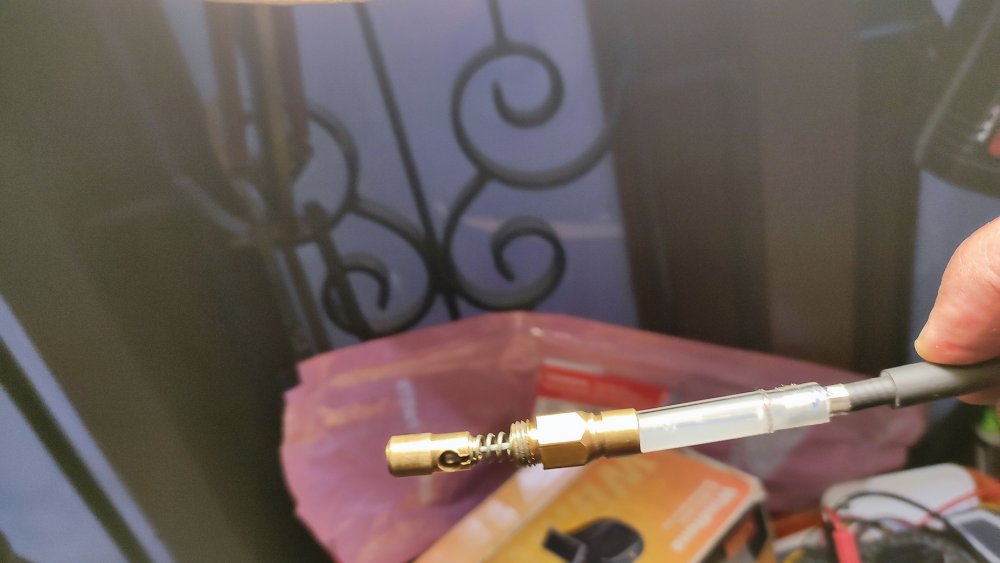 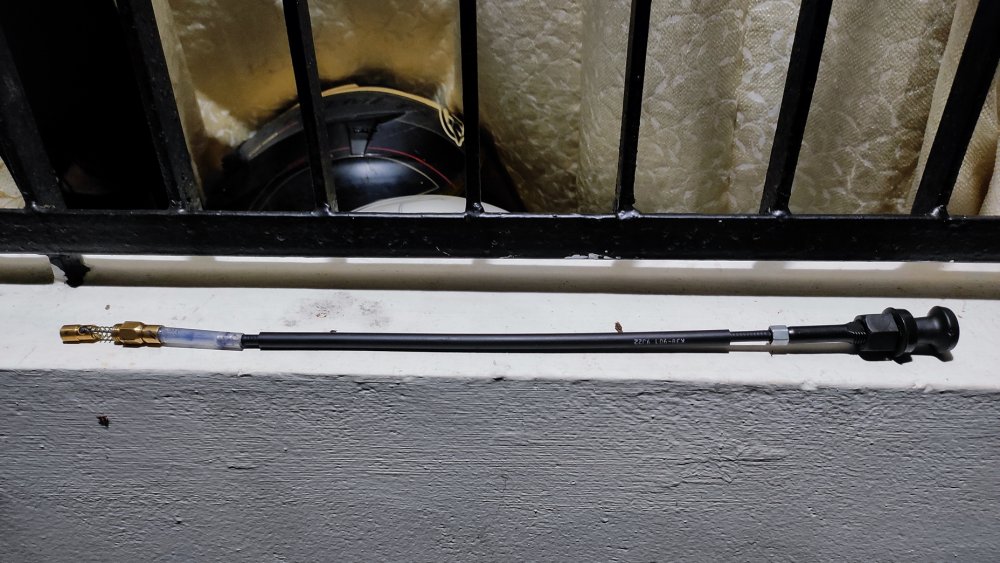 It took 4 prototypes before the final one. Slaughtered one more pen. 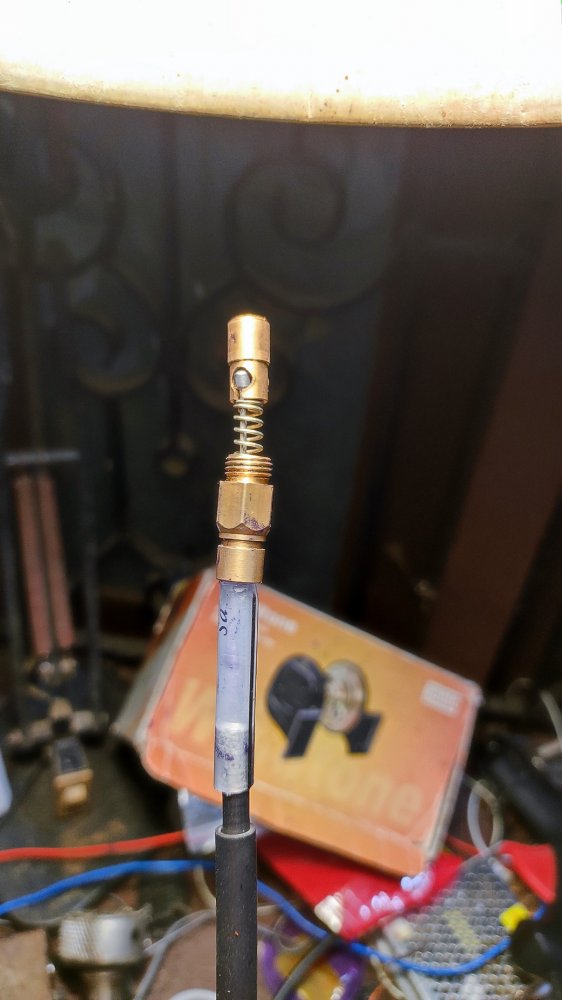 Installed on top of the battery cover. Had to check clearance before finalizing the position. 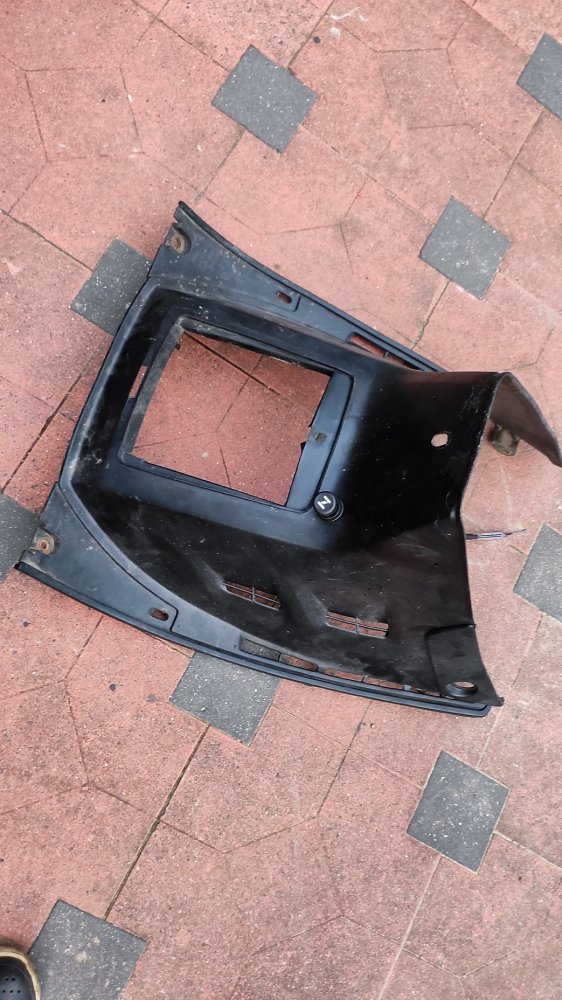 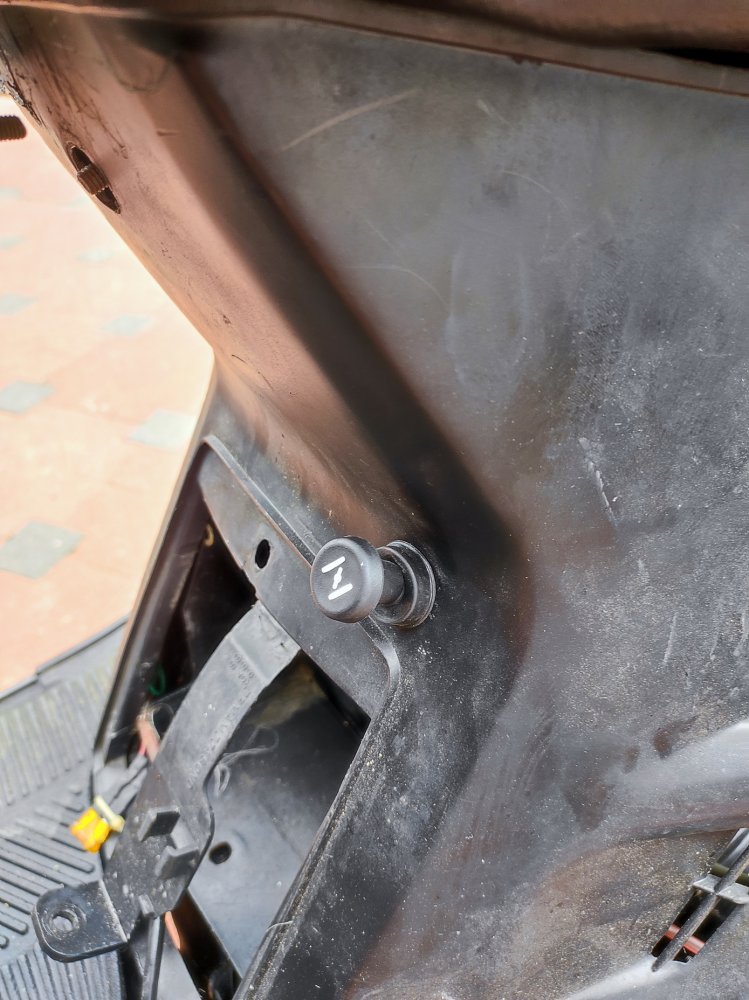 Done with the choke cable.
You must log in or register to reply here.