Pranab Mukherjee is India's 13th president
The win was anticipated as Mukherjee had the backing of the Trinamool Congress, the Rashtriya Janata Dal, the DMK, the Forward Bloc and Samajwadi Party but also NDA ally Janata Dal-United and Shiv Sena.

The win was anticipated as Mukherjee had the backing of the Trinamool Congress, the Rashtriya Janata Dal, the DMK, the Forward Bloc and Samajwadi Party but also National Democratic Alliance (NDA) ally Janata Dal-United and Shiv Sena.

"I am very happy. I thank everybody for their love and support. I thank all the people of my country," Mukherjee told a Bengali news channel.
"In the last one month I have covered the entire country. And with the emotions and feelings that I have sensed in the common people revolving round this presidential election, it felt like it was not a presidential election but a general election.
"I am very happy, and I will strive to live up to the expectations and faith that people have bestowed on me," Mukherjee said in his first comments.

Officials opened the ballot boxes in Room 63 of Parliament House with representatives from both candidates present.

The first wooden box that was opened contained the votes of MPs cast in Delhi Thursday when the election took place.

Mukherjee will be administered the oath of office by the Chief Justice of India on July 25 at the Central Hall of Parliament.

The odds were heavily stacked against Sangma the man who has never lost any election from 1977 till 2008. And Sanga's defeat to Mukherjee, would mean that for the first time in 35 years that he would be left without any 'current' designation.

Ever since he threw his hat into the presidential ring, Sangma has been clinging on to the 'conscience vote', 'miracle' and 'hope' rhetoric.

Sangma had indubitably brought in an element of excitement into the 2012 presidential poll which even made former Uttar Pradesh chief minister Mulayam Singh Yadav fumble during Thursday's poll, rendering his vote invalid'.

Earlier in the day his daughter Sharmistha Mukherjee said the family will celebrate only after he was sworn in. However, celebrations began at Mukherjee's native village Birbhum in West Bengal much before the results were announced. Party leaders have also been visiting his residence with boxes of sweets to be distributed when the results are announced.

The counting of ballots were conducted amidst tight security in Parliament House in the presence of authorised representatives of both Mukherjee and Sangma. The ballot boxes of votes cast in Parliament House were taken up first for counting after which those from the states were opened.

Pranab Mukherjee's win will bring an end the lament of Bengalis of not seeing a local boy occupying the highest constitutional post of the country.

Mukherjee, often referred to as the best Prime Minister India never had, began his political career in 1969 and has served in every Congress cabinet since Indira Gandhi was Prime Minister.

About 95 percent of the 4,896 electorate exercised their franchise to elect India's 13th president at polling centres set up at Parliament House and 30 state and union territories.

The president is elected by an electoral college of MPs and members of state assemblies.

All MPs except those nominated to parliament are eligible to vote. There are 776 MPs; each MP's vote equals 708 votes.

There were 4,120 assembly members eligible to vote. The value of a legislator's vote is variable depending on the population of the state the member represents.

Besides the support of the UPA led by the Congress, Mukherjee enjoyed the backing of the Samajwadi Party, Bahujan Samaj Party, Rashtriya Janata Dal and Janata Dal-Secular.

Constituents of the Bharatiya Janata Party-led National Democratic Alliance, Janata Dal-United and Shiv Sena, also extended their support to the former finance minister besides the CPI-M and Forward Bloc.

P.A. Sangma, a former Lok Sabha Speaker, jumped into the fray playing the tribal card with the initial support of the Biju Janata Dal (BJD) and the All India Anna Dravida Munnetra Kazhagam (AIADMK).

The BJP and Akali Dal decided to back Sangma, who quit the NCP, the party he founded with Sharad Pawar, to contest the election.

From the ubiquitous license raj relic, the Hindustan Ambassador, that has been ferrying President Pranab Mukherjee ever since his early parliamentarian days to a state-of-the-art Mercedes Benz S600L Pullman limousine. Well, this has been the Indian president’s car story. The Hindustan Ambassador, that is built at Uttarpara, West Bengal by Hindustan Motors, an ailing automaker, has been Pranab Mukherjee’s choice of wheels until he became the president of India. Incidentally, Mr Mukherjee also hails from West Bengal, perhaps a reason that led him to stick to the Ambassador for all these years even when more snazzier rides have available.

The car that he has now moved on to, the Mercedes Benz S600L Pullman limousine, is a huge study in contrast to the Ambassador. The only thing common to both cars perhaps is the stately aura that they emanate is good measure. The Mercedes Benz S600L Pullman limousine is a stretched wheelbase version of the S-Class luxury saloon, which is also available in the Indian car market. This car though, is highly customized with both luxury as well as safety features to suit the Indian president’s very specific needs, safety needs that will remain highly secretive considering the sensitive job it does by protecting the Indian state’s top job.

Some rough details though about the safety detailing are known and here they are. The Mercedes Benz S600L Pullman limousine will be resilient to the following fire power,

* The limousine gets a self sealing 90 liter fuel tank

* The car also gets heavy armoring that makes it much more heavier than a regular S600 Pullman limousine, with its weight at about 3 tons.

Coming to the luxury features, the stretched limousine comes with a passenger cabin that can seat four with luxuriously appointed 2+2 seats that face each other. The S600 Pullman comes measures 115 cm longer in terms of wheelbase, giving it a wheelbase of a whopping 431 cm. Coming to the engine, the car gets a a twin turbo 5.5 Liter petrol engine producing 515 Bhp of peak power. Incidentally, this car was first commissioned for the former president Mrs Pratibha Patil, to replace the ageing Mercedes Benz S-Class that she inherited from another former president Dr A.P.J. Abdul Kalam.

visran said:
From the ubiquitous license raj relic, the Hindustan Ambassador, that has been ferrying President Pranab Mukherjee ever since his early parliamentarian days to a state-of-the-art Mercedes Benz S600L Pullman limousine.
Click to expand...
Is he getting the Mercedes Pullman W221 or W140? Our previous president used to have the W140. I had a close look when it came for servicing at Chanakyapuri. 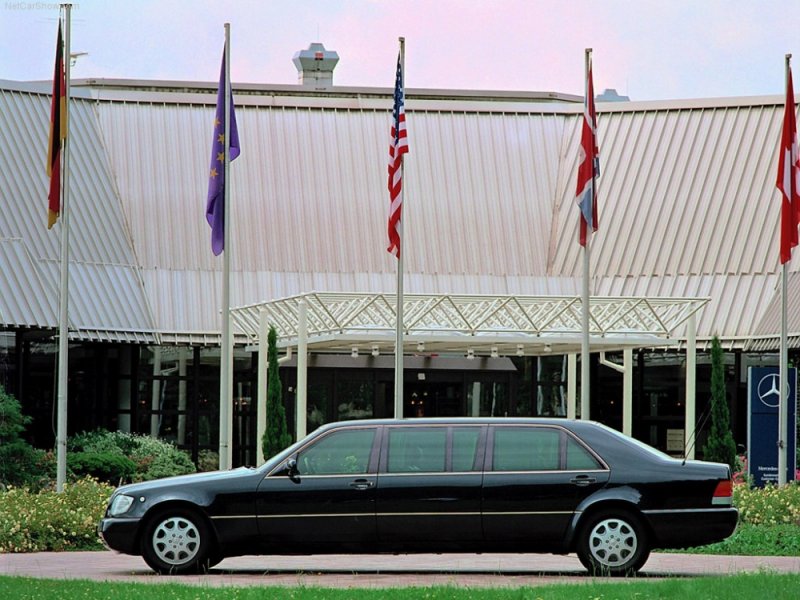 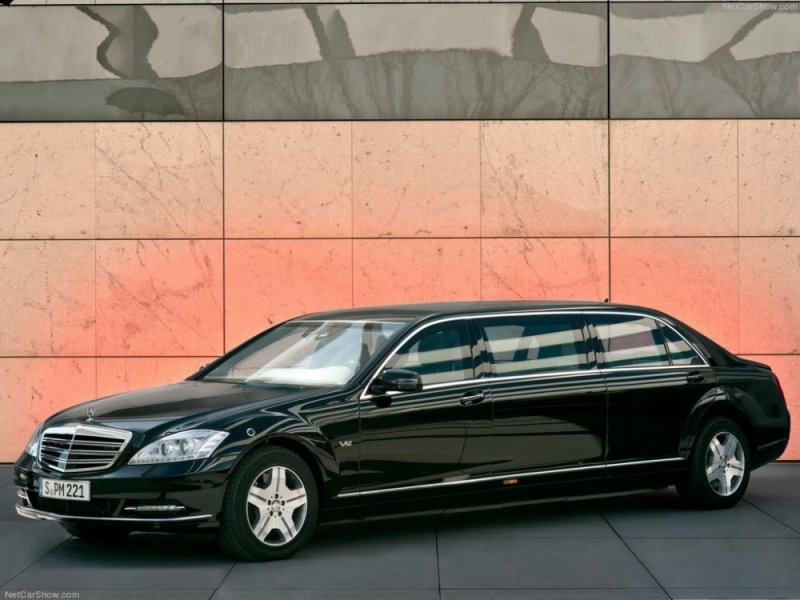 Why do they even need such a car? cant they put our tax money on improving the infrastructure of our country rather than buying such expensive toy's for the politician's?

Can't the president roam around in an Indian built TATA Safari? with all the armoured bit's and pieces it will still cost a third of this current car. what a Shame

IMO he does not deserve it. Nobody other than APJ deserves it.

My apologies If it is against the rules.
T

Mr. Pranab is getting the W221 Pullman. confirmed from a few sources.

Idiotic govt and they have got a new rubber stamp made.

Sorry for my Ignorance but what exactly is the President of India's job? Does he even has any power? or a say?

visran said:
Sorry for my Ignorance but what exactly is the President of India's job? Does he even has any power? or a say?
Click to expand...
His main job is to cut ribbons for inaugurations & attend 15th Aug & 26 Jan functions. All power vests with PM, Prez is just puppet.
J

Guys let us talk sane. Hhe the president is one at topmost as our representative of us civilians.

He doesnt neet to do so much as what we are all ridiculing with.for our service we elected MLa ministers ,govt officials and what not.
Of course president have powers he is top commander of military. When our government fails it would be the president ruling us all.
Hope it was simple.
@visran I dont know from where you got the above yahoo article but it was more of mockery to read than an election of Indian president.These are not casino gamble as it sounds concerning Sangma or Pranab. We should not forget forums would be read by people worldwide, as Iam reading it sitting somewhere far west near France
J

When APJ was elected everybody mocked at him saying what he knows about politics, after all he is just a scientist .

let us not pre assume future may it all be favorable for us.let us wish he would be better than previous Lady.
P

I think APJ Abdul Kalam was the best man for this job.

I have read in Times of India that the car of President is a Mercedes Benz S600 Pullman Guard which costs about 12 crores.It was in an article saying "Pranab Da's journey from Amby to Merc".

We’re eventually moving OT leading to sensitive political discussions that are not permitted as per board protocol. Hence, this thread is now closed.