Porsche yesterday unveiled the luxury saloon Panamera at its Mumbai dealer showroom in the morning.

Mr Rod Wallace, MD of Precision Cars India (PCI) the Indian wing of Porsche, Mr Allan Marriage Technical Head of PCI explained to the press the development of the Panamera through a audio-visual presentation. Following that, the car was unveiled sending the crowd into a frenzy.

Mr Rod Wallace stated that already 13 Panameras have been booked before the launch and they expected to surpass the target of 50 cars for this year easily. Three new dealers with fully equipped service stations will soon begin operating in Chennai, Ludhiana and Bangalore.

Mr Wallace said the Panamera is a “Super Luxury car” which also happens to have all the traits of a sports car. He claimed the genes of the 911 were buried deep in it and was responsible for the 4.3 second 0-100 run! 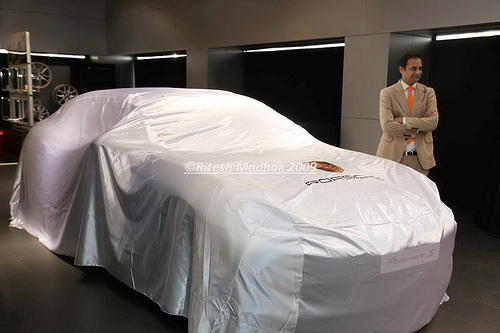 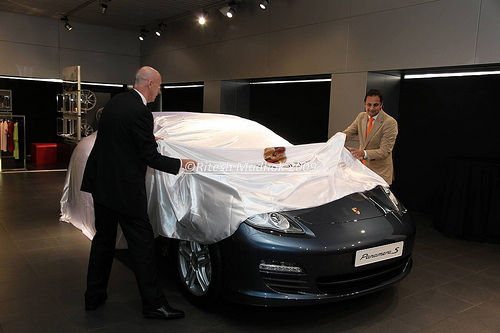 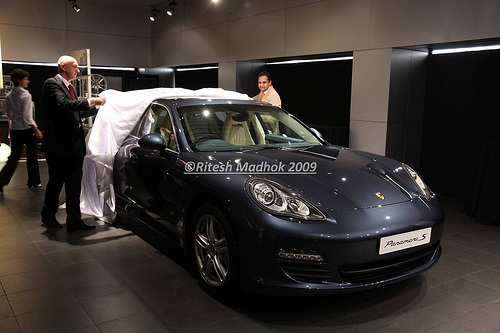 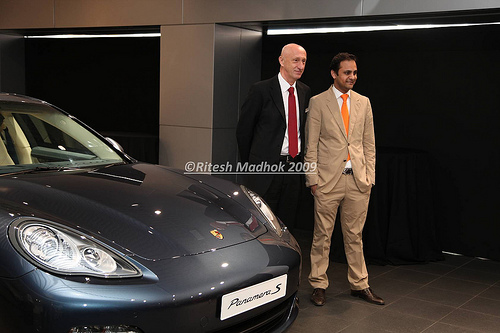 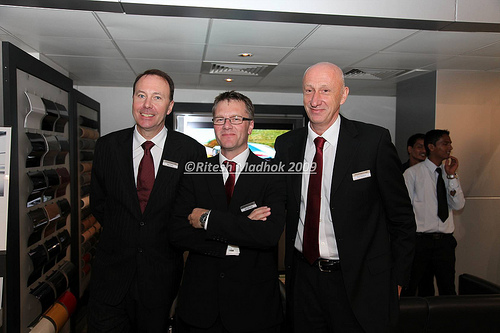 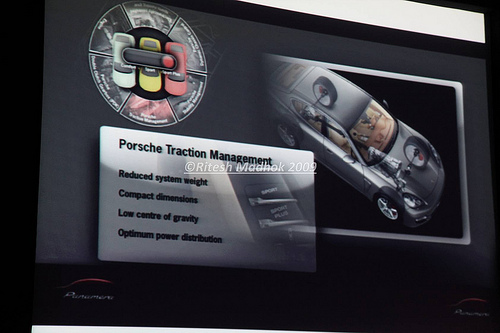 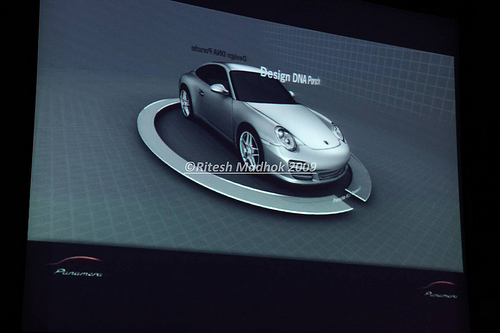 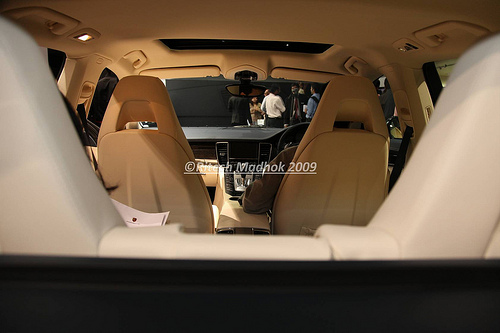 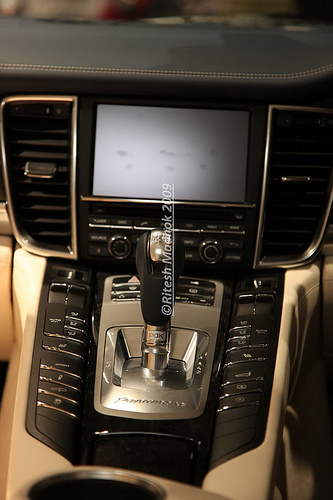 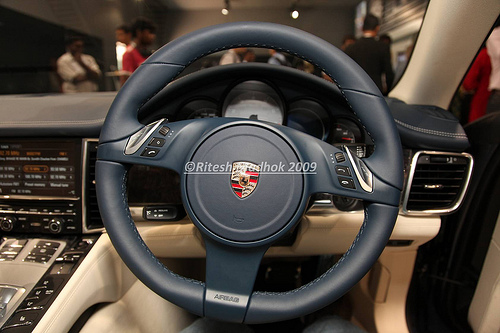 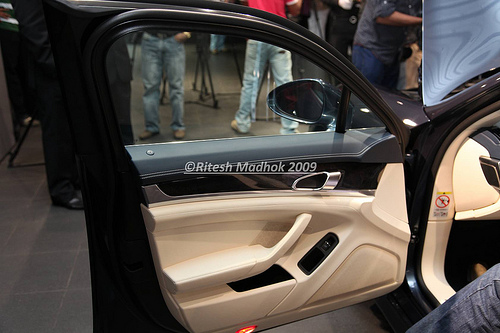 Due Credits to: IAB

front looks stunning, the rear doesnt go well with the car according to me, and the price tag is also on the higher side so i dont think it'll go well in the rich man's market

The design looks simply awesome & has got the genes from 911!

I dont think the pricing is on the higher side.

Porsche will just target to sell a max of 100 units per year and this will be easily achived with market shares from Mumbai, Ahemedabad, Delhi, Calcutta, Chennai, B'lore & Hyderabad respectively

I have lambos here at chennai which has the maximum & stunning price of 4Crores in INDIA, so why to worry for just 2crores

Porsche is always a porsche ...in whatever color or shape you look at it.

Finally, the sports car maker has finally got itself a saloon. But I think it is a tad over-priced. Prices within 1cr or 1.5cr at max would still have been justified. But then, it will offer unmatched pleasure of carrying your family around or taking a nice drive on Marine Drive at 3 in the morning.!!

It is a stunner!! The 911 genes will come alive when the accelerator is floored!! Has a classy and a "don't mess with me I am rich" kinda feel at the same time![lol!]

Panamera Awarded Golden Steering Wheel.
The Porsche Panamera has been awarded the Golden Steering Wheel as the Best New Car of the Year in the Luxury Performance Class. Before receiving this outstanding award, the Panamera had already been chosen by readers as one of the five best models in the luxury performance class with experts putting the car through its paces in the final contest on a test track in Italy for two days.
This year this special prize presented for the first time by publisher Axel Springer in 1976 was awarded not “just” by the German Sunday newspaper Bild am Sonntag, but rather by a group of publications including the Auto Bild Motoring Journal and its European sister publications, making this coveted award even more significant than ever. Michael Macht, the President and Chief Executive Officer of Dr. Ing. h.c. F. Porsche AG, received the trophy on Wednesday evening from Bernd Wieland, Editor in Chief of Auto Bild, at the headquarters of the Axel Springer AG in Berlin.
Source: Carwale.com

What is "Golden Steering Wheel". I never heard this award.

Looks similar to the 911 from the front!! yeah as Zinam said we have lambos here in chennai , then this car is nothing when compared to that in terms of price!!!
BTW even i have not heard of this "golden steering wheel" award!!

with all those controls....
You must log in or register to reply here.