This rare model of land rover was a result of British Army's demand for Air portable vehicle during mid sixties. The lightest land rover available at that time was SIIa 88' which weighted about 2 tons. It was stripped down by removing as many non-essential items and reducing others to give the Series IIA Lightweight. This process included dispensing with the front bumper and the spare tyre. Parts of the body, the doors, and windscreen were replaced with simpler, easy to remove items. The most major change was a reduction in width, which meant it would fit on a standard pallet but requiring shorter axles.
Complete, the Lightweight IIA weighed 1202 kg, over the specified weight. With the removable body panels taken off it was below the limit. Ministry of Defence accepted.

Series IIA production began in 1968. The Series IIA Lightweight was replaced by the Series III Lightweight in 1972 matching the replacement of the civilian IIA with the III. The most notable change being the move of the headlights from the grill to the wings in line with new automotive lighting regs.

The following LR, I guess is the only example in the country in stock form with everything original.

Enjoy the images...
As they say 75% of LR that left Solihull are still on road. and also the very first vehicle seen by 75% of world's population is a Land Rover.

The Beast or maybe we can call it beauty. 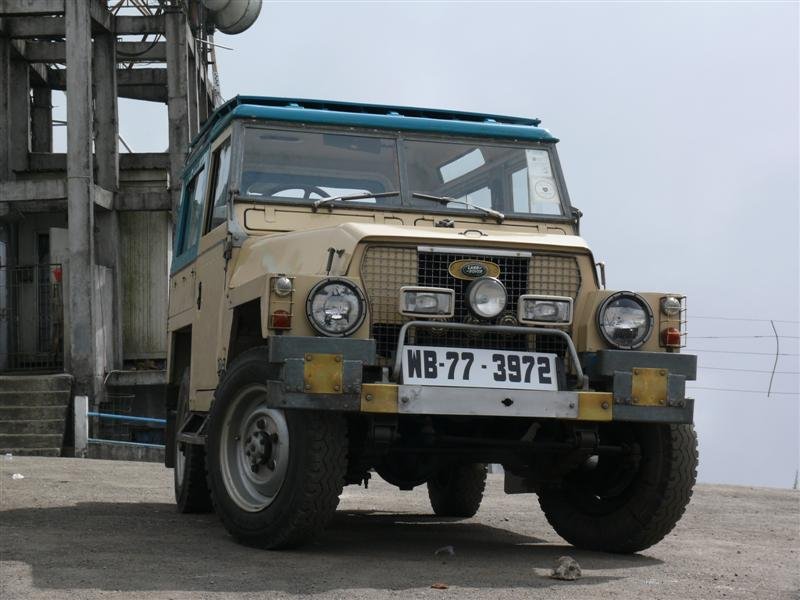 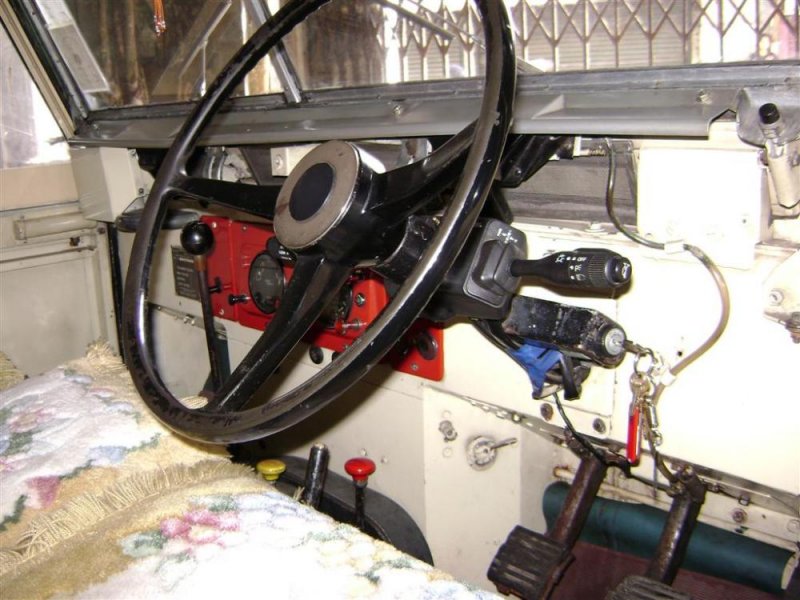 Inside, All three shifters 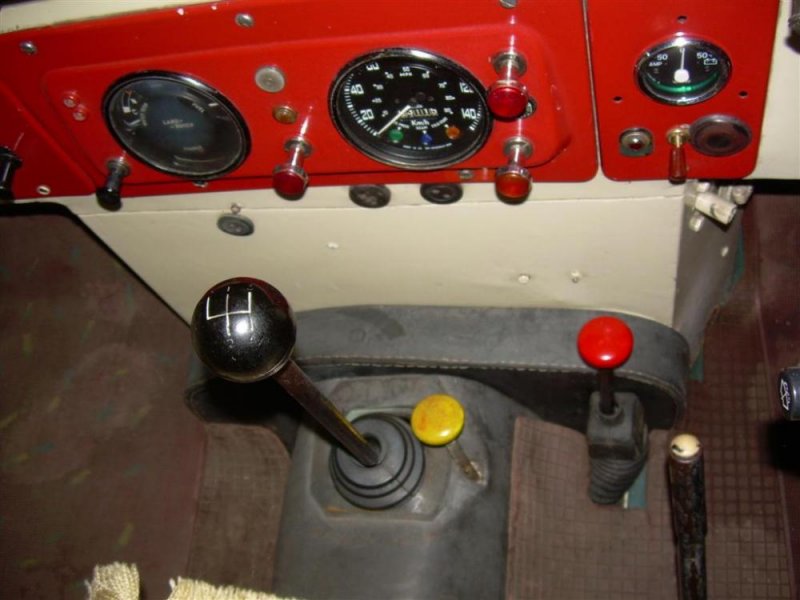 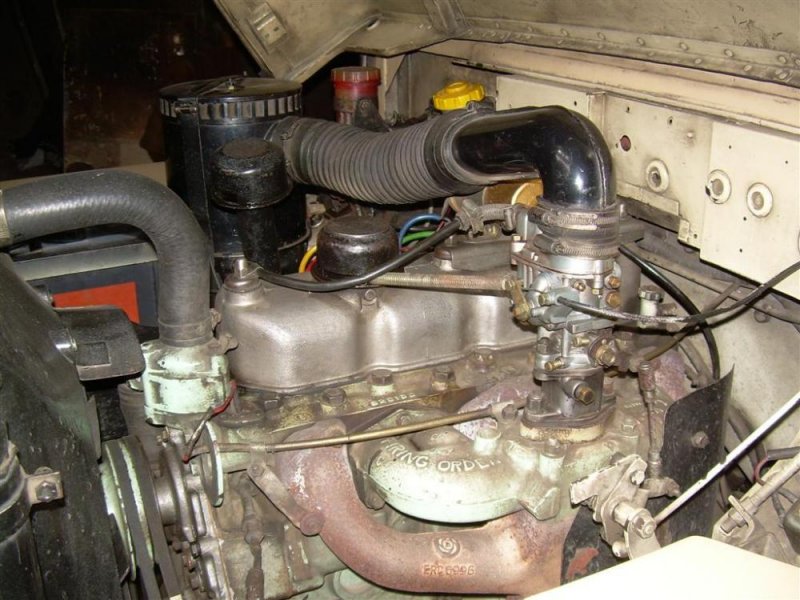 Speedo in mph and kmph 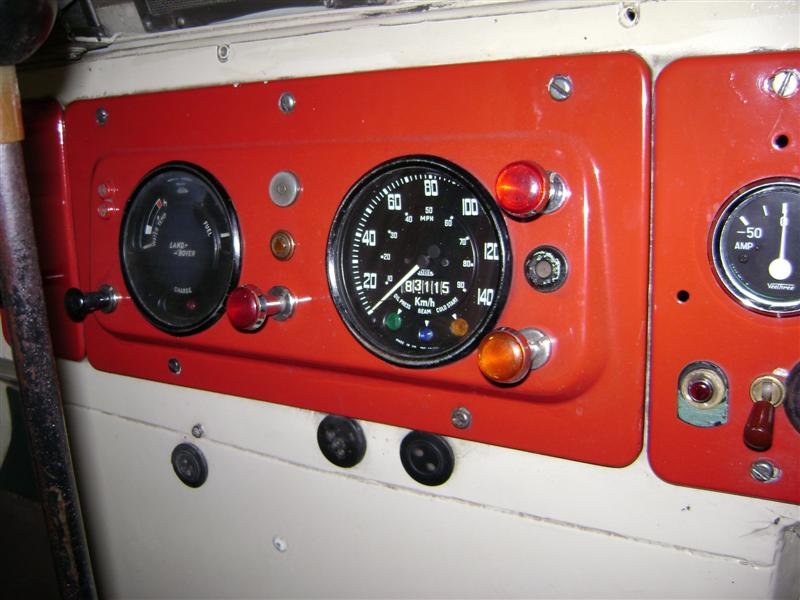 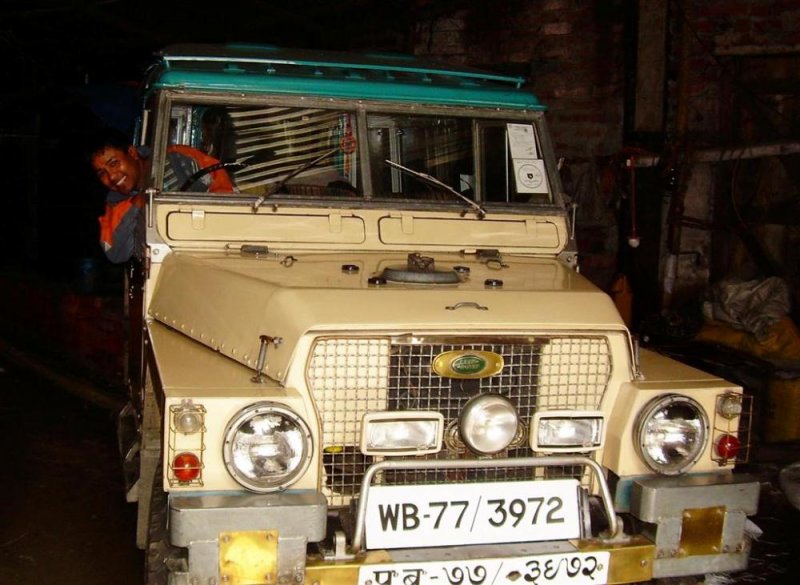 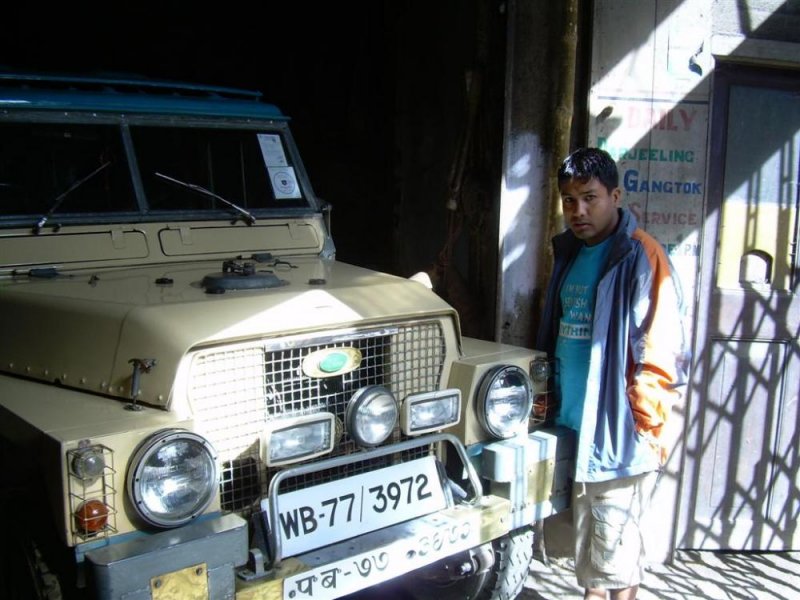 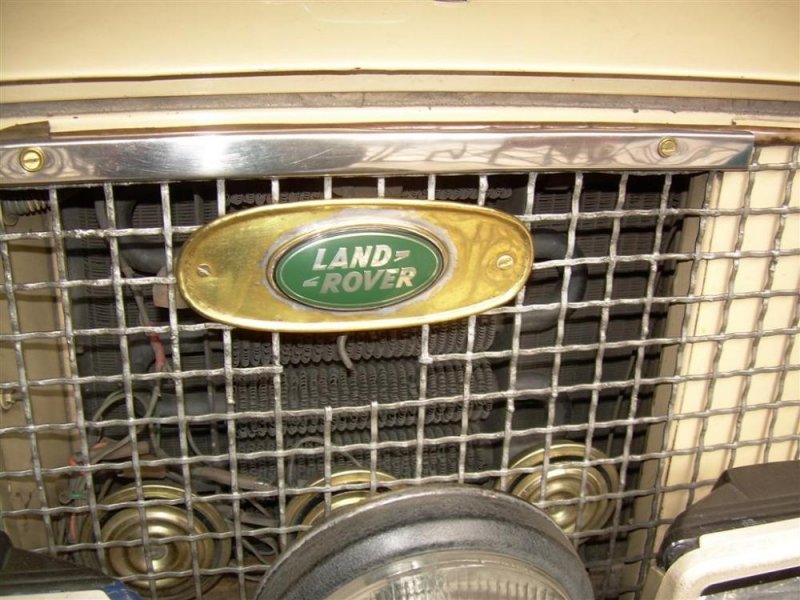 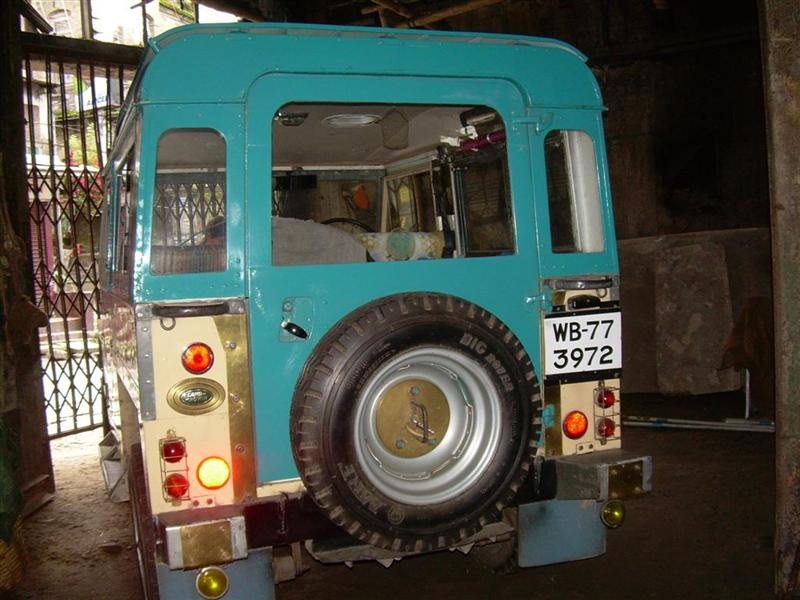 The Badge says it all! 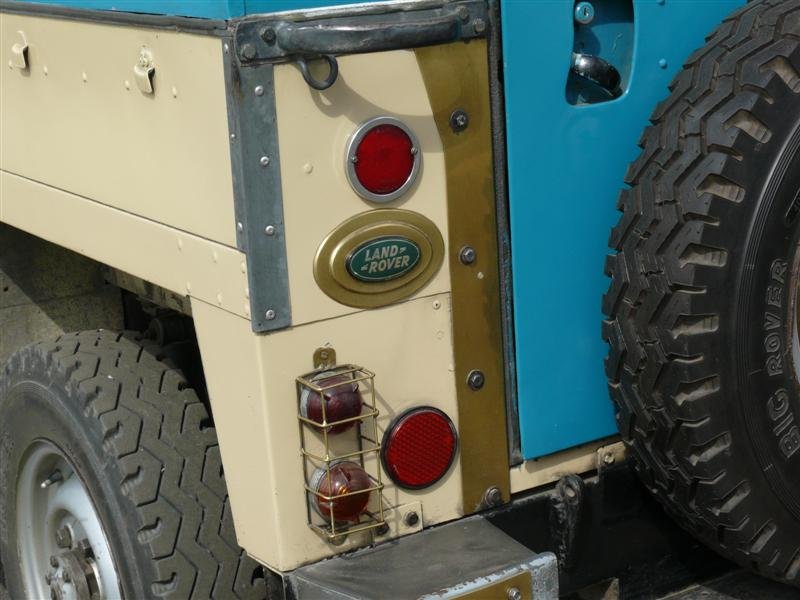 Hey is this the Landrover which you own??

hey, you are a huge LR fan? how do you feel now after LR has been taken over by tata? is this a good move or do you think LR is doomed?

I feel Its a good move. And i feel TATA has done us proud. Those morons at BMW and later ford are responsible of LRs current state.

I will be more happy if TATA launches Defender here at reasonable price and kick Mahindra's Bu**.
Thats the only true Land Rover left. Rest are huge flashy SUVs. that owner hardly take it offroad, thats what its really meant for.

Great.
What are 3 shifter?

Landrover said:
4wd, high and low range.
Click to expand...
That's one excellent Landy you have,would love to see a video of it in full swing.

Looks i can cross the divider in roads.

Awesome!!! How did I missed it?

Landrover, you should be proud owning this classic beast, and what you posted is just a trailer I believe, Where's complete story? Please do share more details of its ownership, like maintenance cost, experience and from where did you get it?

Maintainance is easy if you know about cars. I do much of my repair my self. Sourcing parts is a headache. Hence i have each and every part extra for it lying in our garage. we bough two paperless land rovers and stripped it for parts. 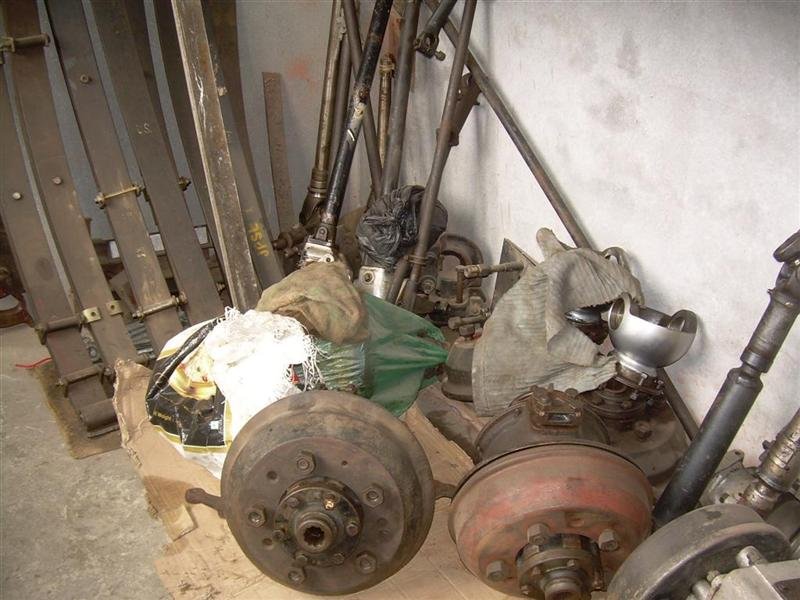 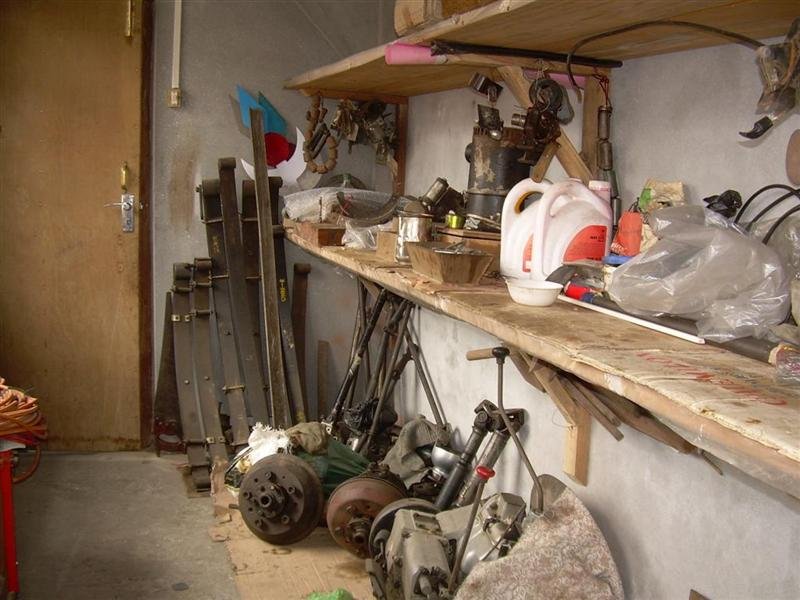 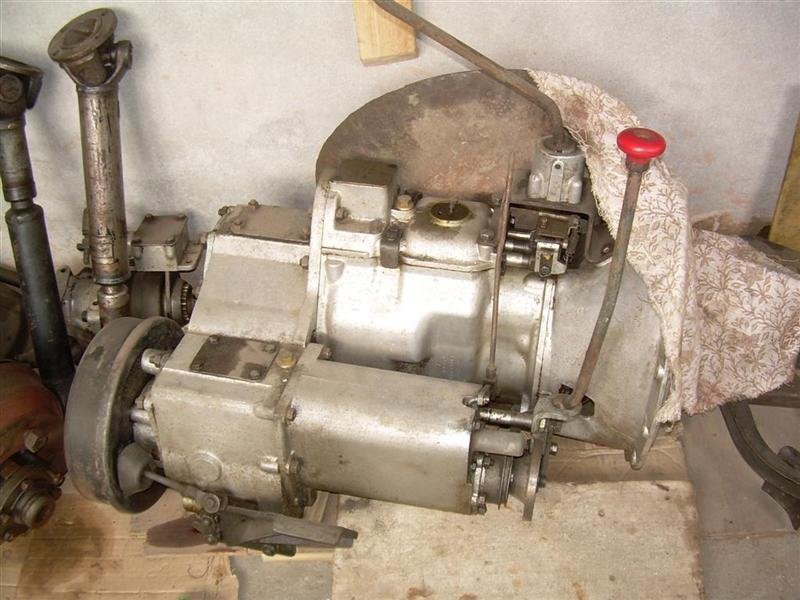 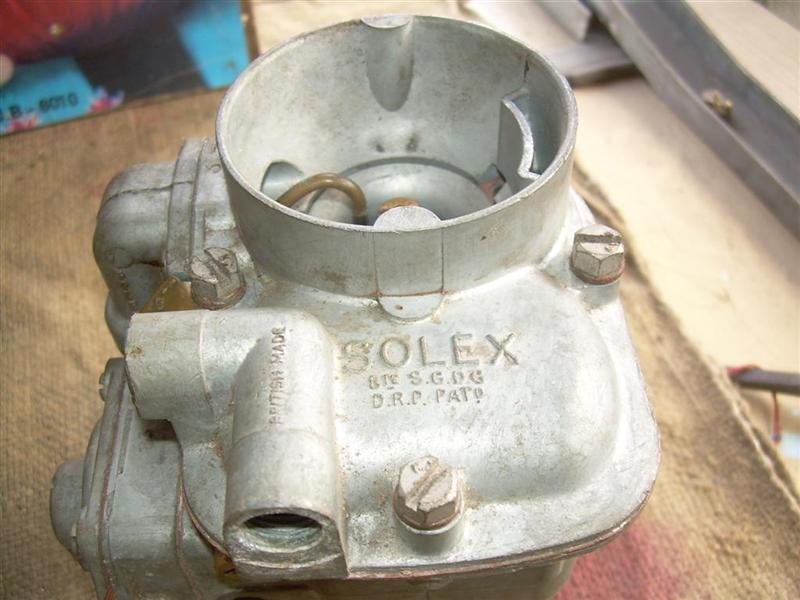 thats a wonderful garage buddy. where do you live?

Thats is the only option avail for part source , else the cost will be high. But an interesting work

raj_5004 said:
thats a wonderful garage buddy. where do you live?
Click to expand...
"Queen of the Hills" - Should be North-East??

Its Darjeeling. I live my year jumping between Darjeeling, abu and delhi.

Very nice ride man
I have a question Is it a petrol version?
You must log in or register to reply here.