Jaguar Unveiling Of Its Flagship Models

There is a saying that states a dog will think of its owner as God due to the constant caring and feeding while a cat will think itself to be God for the same reasons. Well, what we have here is a cat that has the ability to make others think of you as God, albeit with a little extra caring and feeding. Yes, the Jaguar XJ is a big growling cat that will not only pamper you in return and provide you with a thrilling drive but scare all those stray dogs away as well. Longer, wider and just half an inch lower than the XF, the 2010 XJ was unveiled at the Auto Expo and is expected to be launched in India this year.

Built using Jaguar’s aerospace-inspired aluminium body technology due to which the vehicle sheds 150 kg, the flagship four-door for Jaguar aims to change the idea of luxury. The interiors seem pleasant and should be filled with technology while space will certainly not be an issue with one metre of rear legroom on the long wheelbase model. A panoramic glass roof adds to the feeling of space in the day while the cabin gets lit up in blue once the sun goes down. What the cabin also gets is a ‘Virtual Instrument’ display instead of a regular instrument cluster which provides the driver with all sorts of information and a centre console that houses a high-definition touch-screen which works along with the virtual instrument display.

Expect the vehicle to come down with a naturally aspirated 5.0 litre V8 engine with figures for power and torque reading 385 PS and 515 Nm respectively. Benefiting from technologies like Adaptive Dynamics, Active Differential Control and a quick-ratio power steering system, the luxury sedan is already open for bookings in India and should hit dealerships by June.

Am drooling over my keyboard!!

This is heck of a car. Just too good looking.

Surely a head-turner! Hope somebody owns one atleast in TAI so that we all can get a free ride from him!

Click to expand...
If not an owner, atleast lets hope Zinam calls us all when he gets the car for TD.

Well then in that case i will be lucky as i can meet him easily and most probably i will be next to drive after him!

Click to expand...
Me suspects that if someone has a Jaguar, he would rather part with the friend, than the car keys!!!

hey guys, diesel model of XF sedan will be launched soon. read this article from Autocar

Jaguar plans to launch the diesel version of the XF saloon powered by a 3-litre, V6 diesel engine in the near future. Mike O’Driscoll, Managing Director, Jaguar Cars, said, “It is a matter of months before the diesel version makes its debut in India.”
Seeing the massive growth in demand for diesel luxury cars, the company has decided not to develop a Diesel Particulate Filter (DPF) version of its 3-litre diesel engine. “We are introducing the 3.0-litre diesel with a non-particulate filter and will ensure that this engine can run on the type of diesel fuel available in India,” O’Driscoll clarified.

The XF diesel, when launched in India, will accompany the XF petrol that is available with 5.0-litre V8 petrol engine producing a massive 385bhp, while churning out 52.5kgm of maximum torque. Equipped with 6-speed Auto box, the V8 petrol is capable of touching 0-60kph mark in 3.45sec, while taking 6.74sec to reach the ton.

Although the V8 petrol retails at Rs 68.29 lakh (ex-showroom, Mumbai), the XF diesel is estimated to be around Rs 50 lakh when it debuts in India later this year.
Click to expand...

Hmmm great news to some of the diesel car fans car like me! First time am hearing a diesel cheaper than a petrol car!

BTW what effect does this particulate have? If this is removed then wont it affect the durability of the engine?? I believe even Honda is facing the same problem now.

cooldhaya said:
Hmmm great news to some of the diesel car fans car like me! First time am hearing a diesel cheaper than a petrol car!

95% of the imported diesel cars are cheaper than their petrol models.

Checkout any website for the price & you will know that.

They compromise the power of diesel cars & price it always less than petrol cars.

Thanks for the info Zinam! What about the other part of my question?

But i seriously don like the idea of compromising with power!

A Picture of Jaguar-Land Rover Showroom in Delhi, Opposite to Le-Meridian. You can see the three Freelanders proudly parked in front. 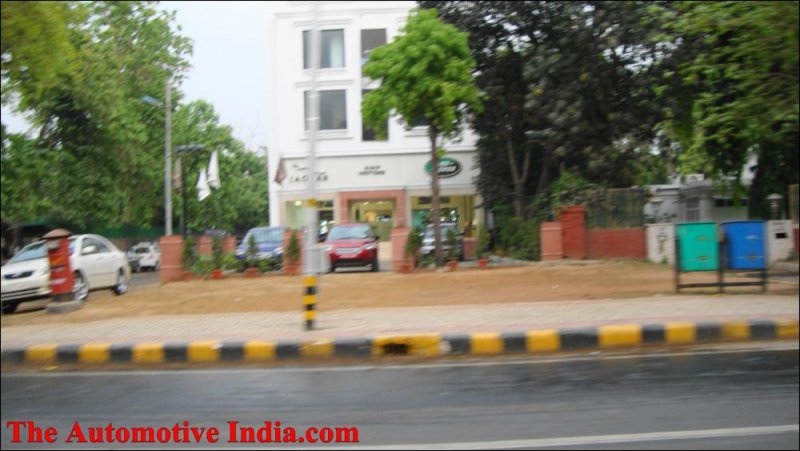