Ferrari have indeed put up the Italian Navy flag. 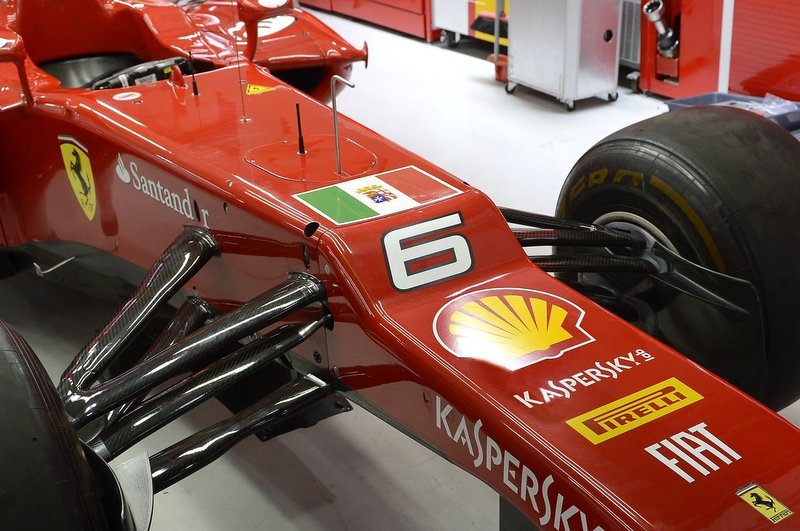 Googling more about the incident gives me a considerably Wiki article at 2012 Italian shooting in the Arabian Sea - Wikipedia, the free encyclopedia.

The two fishermen who were killed, did not have houses of their own and were the sole earning members of the family. One had two younger unmarried sisters and no parents, other had a wife and a young kid. The two Italian murderers were detained in a government guest house and then later released on bail. Italy sternly made it clear that the incident happened in international waters (a false fact) and hence Indian laws don't apply.

From India, The Ministry of External Affairs and The National Fishermen's Forum have condemned this mixing of politics and sports by Ferrari. Bernie Ecclestone has chosen to distance himself from this.

The Italian team's decision was applauded by Italy's minister for Foreign Affairs, Giulio Terzi. He tweeted: "Congratulations to Ferrari for displaying the Navy's symbol at the India GP. It will show the sailors the whole country is behind them.

Ferrari is literally my soul. Very very big fan of ferrari but what ferrari has done is PATHETIC. But I am still supporting them. GO ALONSO BEAT THEM AND GET THAT FLAG OFF YOUR CAR.
Last edited: Oct 27, 2012

The preparations are on full pace right now at Buddh International Circuit for the D-Day ahead. 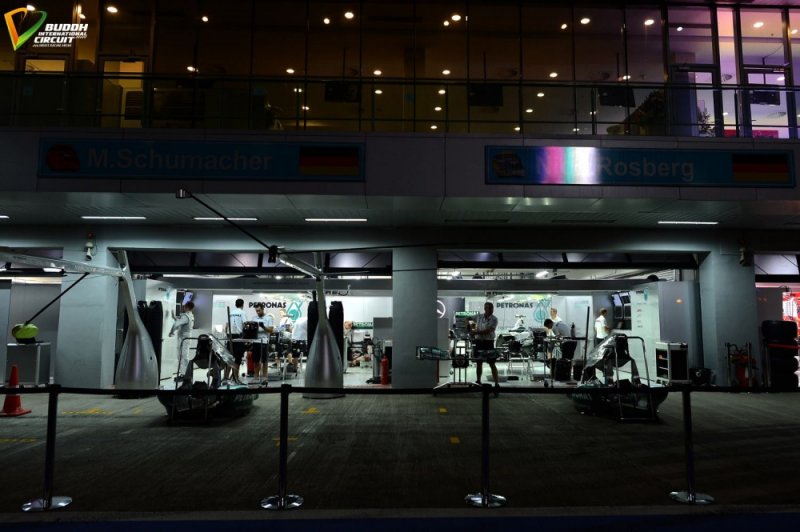 350Z said:
The preparations are on full pace right now at Buddh International Circuit for the D-Day ahead.

Drive Safe,
350Z
Click to expand...
Hey Vibhor had you been on the track?
Did you click this?

mukeshus said:
Hey Vibhor had you been on the track? Did you click this?
Click to expand...
This is an official image from BIC. I’m not attending the event this time.

350Z said:
This is an official image from BIC. I’m not attending the event this time.

Drive Safe,
350Z
Click to expand...
Yeah thats why the pic has a Budh circuit Logo

The day has arrived. Just 90 minutes to go for the final race. Here's a recap of last year’s event: http://www.theautomotiveindia.com/f...-prix-exclusive-coverage-pictures-report.html.

Gagan Narang will flag off the Indian GP 2012. A few more shots from BIC Facebook Page. 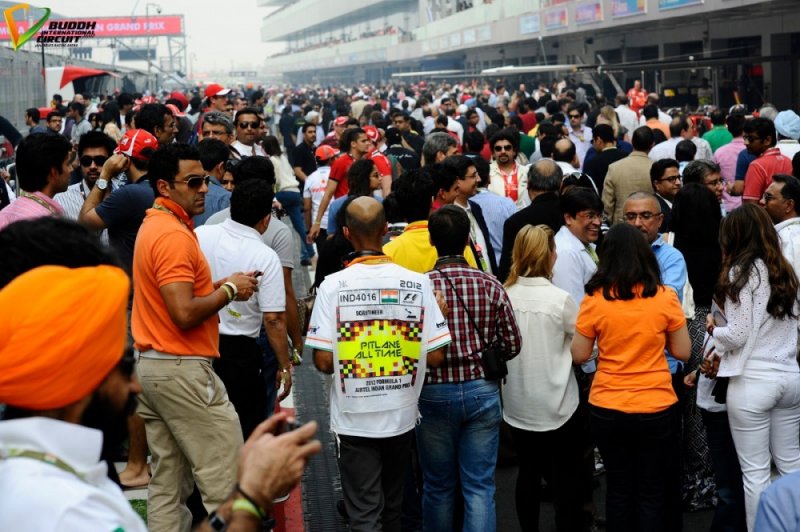 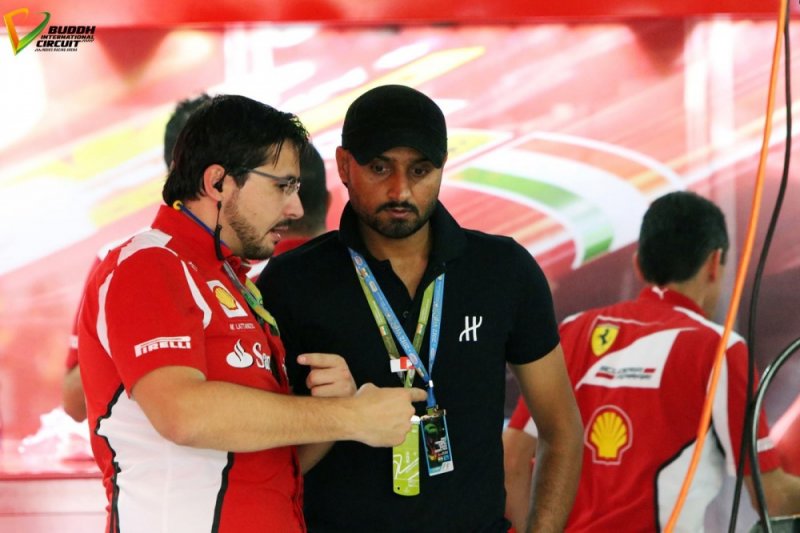 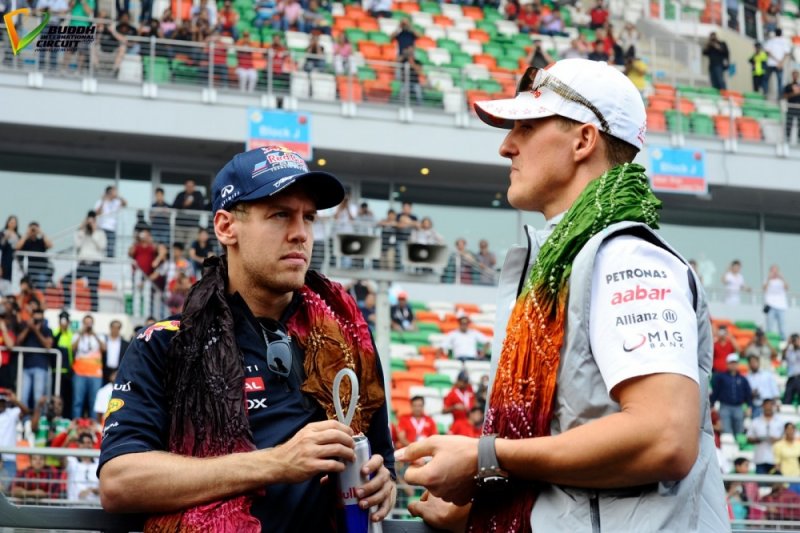 It’s another win for Sebastian Vettel. Visit this link for detailed results. 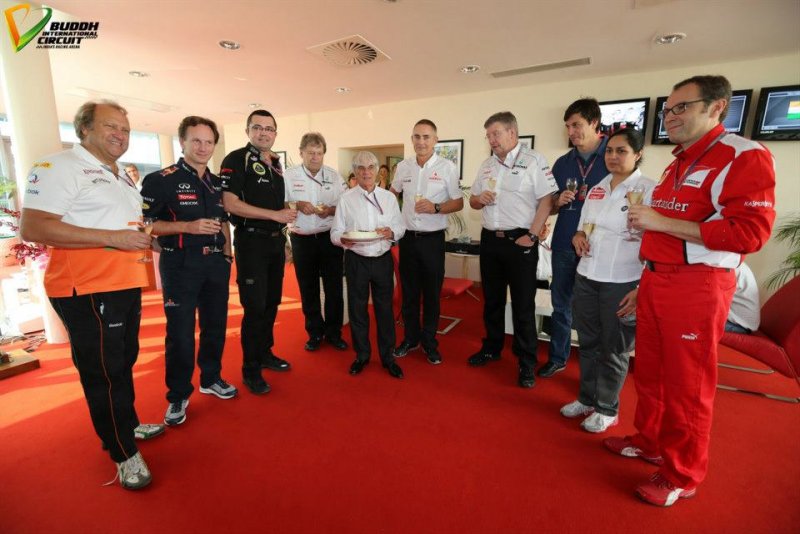 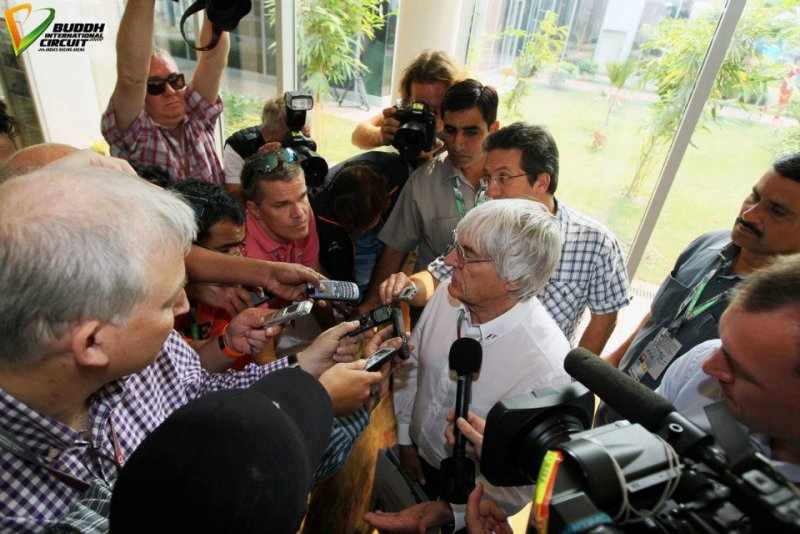 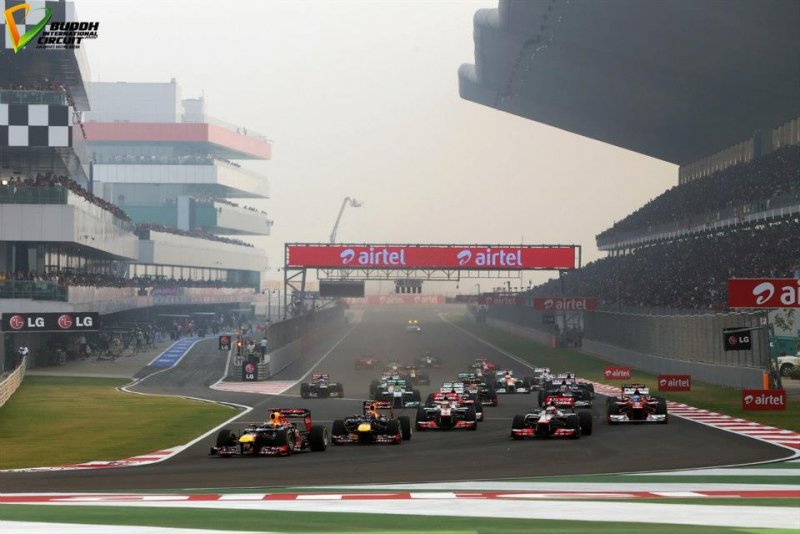 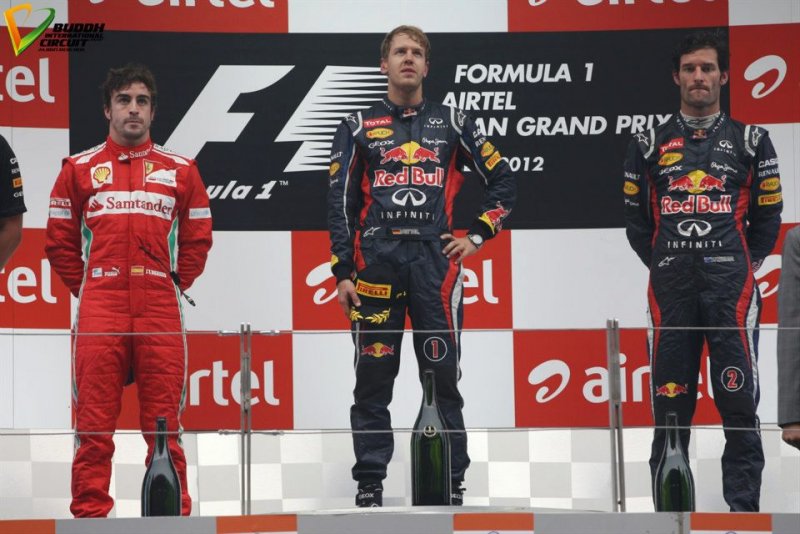 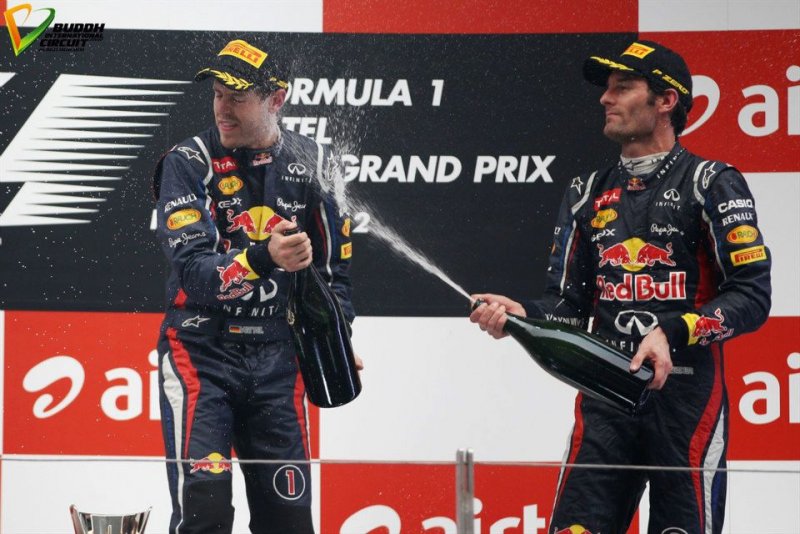 Typical of the guys who think too much of themselves. Both Akhilesh Yadav and Hritik Roshan dis not show up. Not that we missed them.

I am hugely disappointed with the way Mercedes season is progressing, everyone else seem to be moving up, but they seem to going the wrong way. Even the Sauber/ Force India and Williams are giving them a run for their money leave alone the top 4 teams(inspite them having much lower budgets).

There has to be something seriously wrong with the technical/innovation team, they are unable to even finish in the top 10! Look at Redbull (or probably just Newey) they adopted double DRS late in the season and they seem to having it working from day 1 much better than others - amazing! Alonso was right, he is fighting Newey(apart from Vettel)

I’m keen to know how was the overall management this time (It was pathetic in 2011). Heard there was a massive traffic jam post-race which was quite expected.

Ashok Leyland's ecomet was there at Buddh International Circuit, Noida helping Renault F1 car to get on track.

Owners of India’s world-class race circuit, the Buddh International Circuit, Jaypee Sports International Limited (JPSI) won the best F1 race promoter award for the second year in a row. Organized by FIA, the prize giving ceremony is held every year to honour all those who make outstanding contributions to promote motorsports world-wide. Not only this, Farhan Vohra, in-charge of race operations at BIC was recognized as ‘Best Clerk of the Course’ for 2012. He is the only Indian to have been accredited to be a clerk and steward for an F1 race and was responsible for managing the race during the first two editions of the Indian GP.

Sameer Gaur, managing director and CEO of JPSI said “This is indeed a very proud moment and I am honoured to receive this FIA award for the second time on behalf of my entire team and the country, whose support and enthusiasm was responsible for us to win this award again. This award will motivate us to host grandeur F1 Indian Grand Prix next year and we would hopefully be able to complete a hat-trick of the award.”