I purchased my 'Whitee' after a lot of research, narrowing down from the Honda City, Volkswagen Vento, Fiat Linea,. Curiously did not consider the Ciaz because I felt that the same was underpowered for it's size.

At times I thought about purchasing the Fiat Linea T jet, but concerns about A S S put me off.nothing about the car, it's a beauty and a beast ,loved the car built like a tank literally with it's 205 wide tyres and powerful engine.

Even though the Fiesta was hard to come by,I egged on METRO FORD Bangalore to get me one and finally they got two cars from Chennai for my inspection. On inspection and verifying the VIN numbers came to know that they were manufactured in the month of March 2015 . Both of them were white in color,after checking the vehicles and consulting my wife I picked my Whitee.On the auspicious day,took half day's leave from office came to the now closed Metro Ford St Marks Road branch at 2.30 pm.My wife joined me after 10 minutes.At this juncture I should mention the excellent service provided METRO FORD,not only at the time of delivery but also the A S S provided by them till date.

It took about two hours for formalities to be completed.In the mean while the intracacies of the car we're explained to me.Was given a coupon of 15 litres fuel . floor mats were given as complementary.After performing puja, distributed sweets to the staff of metro Ford ,thanked them for the service rendered and drove off to the bunk, filled fuel to the brim, picked my daughter from school and drove off to tumkur Sidhhaganga math for my maiden drive.It was a peak hour traffic till out skirts of Bangalore but loved the drive.The return drive back home was on a normal traffic, wherein I got to enjoy the most fun to drive car from Ford.Believe me it's the most enjoyable car to drive even today, be it Verna ,Vento or Ciaz.The only car which comes nearest is the Fiat Linea.

In these 26 months of ownership experience, I have enjoyed every day of driving the car and the odometer reading is now nearing 33000 kms.This is the fastest reading of the three cars which I have owened till date Maruti 800 which I purchased in the year 2002 completed 42000 kms till the year 2010 before I swapped with another Maruti car,Maruti Ritz VXI ABS.The Ritz clocked 60000 kms till October 2010,I gave the car to my father who is another avid traveler and it has clocked 90000 kms till date and it's going on strongly no problem whatsoever,apart from routine maintenance.

The egronomics of the car are well thought off,the indicator stalks can be operated by fingers without leaving the hand from the stearing,the front SEATS are awesome, first class,they have fantastic back support and lateral support,... to be continued.

The space at the back is okay for two persons,and provide a good underthigh support because of the inclination.The head rests at the front provide good support,and at the back they have to be adjusted according to the height of the passenger.

The suspension being oriented towards sporty nature the ride is harsh at lower speed at the back seats but as the speed increases the ride evens out.At higher speeds the stability of the vehicle is confidence inspiring,due to taught chassis and suspension combo,it is pertenent to note that the tyres width of 195 mm plays a major role.

The highlight of of the car being driver oriented the seat- steering -feedback,and the placing of gear knob and controls coupled with the lower placing of the windscreen makes the drive much more enjoyable.

The headlights and fogs are powerful and provide wide 170 degree coverage.The GOODYEAR Eagle nct5 which came as stocks are German made and have provided good grip and handling till date but now at 33 k km of they have become noisy and hard,I lost one tyres at 10 k km reading when a square metal piece punched a 3 centimeter hole in the rear tire,had to replace the same with Triple Max assurance since the Eagle NCT was not available.Had only two puntchers till date including the one mentioned above.

Coming to the 430 litre boot space is adequate,but the inward protruding hinges limit the full utilization of the 430 litre capacity.

The ground clearance being lower the bottom touches the speed breaker if not careful when fully loaded.

Have driven the car on all type of roads ranging from national highways to the rural unpaved roads the car has performed admirably,it's well insulated and the metal sheet is adequately thick and the raindrops are not heard inside the cabin,the steel used is boron steel,..to be continued

There is no flexing of the body anywhere on the car when pressed.The doors are heavy and open in two stages and are fairly wide but ingress a bit of a problem for the elderly because of low stance.They close with a sufficient thud sound which clearly shows about the build quality.

The after sales and service fromMetro Ford has been excellent and they have been more than willing to attend to any problems promptly.The peroidical servicing has been economical and has varied between 2000 to 6000 INR ,when compared to sedans of the same class.

Well this has been my experience with my whitee till date, I hope members will enjoy my brief description of the ownership of a car which unfortunately did not succeed commercially for Ford India . Hopefully will be updating periodically about the ownership experience in future.

Awesome. Its really a pleasure to drive the Global Fiesta. Mine has clocked 66000 in 4 years and Im enjoying every moment of the drive. Im well satisfied with the service too.

GVC1967 said:
Well this has been my experience with my whitee till date, I hope members will enjoy my brief description of the ownership of a car which unfortunately did not succeed commercially for Ford India . Hopefully will be updating periodically about the ownership experience in future.
bye for now.
Click to expand...
Request you to add a few pics of your car to make the review more detailed.

A small update
Changed tyres to Michelin primacy 3st, over Continental mc5,they are October manufactured :4217.appear to be soft from drive back of 15 kms only . tyre pressure kept at 32psi all-round at present, should I experiment with the same since steering feeling yet to be gauged
Last edited: Dec 27, 2017
G

Had a drive of 300km today on Michelin primacy 3t, the tyres were silent and grippy,
the tyres have a wider foot print than Good Year NCT 5 , and softer ,had a cushney Ride these are my initial impressions .
Will try to upload pictures after learning as to how to downsize the photograph.

Because of non tightening of lug nuts by technicians at Madhus Enterprises Bangalore there was a mild vibration of the steering, stopped the car checked the tyre and found that three rims were a bit hot,when checked the nuts they were not fully tightened at the tyre shop,tightened them then and there only ,drove them for another 20kms the mild vibration was gone the rims had cooled down , phew that was a close call, raised a complaint with madhus and to their credit asked for details and gave a patient hearing,and gave an assurance of getting back, let's see what happens.
G

The ride has become silent, floaty after tyre change to Michelin primacy ,but the nimbleness in the steering is not there now, will try to increase the tyre pressure from 32psi to 33 or 34 on the front but will be maintaining 32 at the back.Will be going on a drive for two days of approximately 600 kms from Saturday,the roads will be varying from kutchha roads to national highways.My Whitee aka Ford Fiesta odometer reading has now crossed 33thouasnd kilometres and it now stands at 33040kms to be exact,the drive till date I have enjoyed every moment of it, I went by heart rather than my mind,and the experience has been wonderfully satisfying,and rewarding.Yesterday I had an opportunity to drive the Duster for 60 kms on a familiar road the ride was smooth but there was a lateral movement in the vehicle which is absent in the Fiesta,can take a turn on a winding road and the fiesta goes in the exact direction where the mind intended to,there is a sort of connection between the mind -steering-wheel combo which makes the car even more enjoyable to drive the car,and that sort of connection makes you to take look back at the car after each and every drive and the Aston Martin grill look is an icing on the cake.
F

Primacy 3ST is downright floaty and spoils the fun on this car. I ran on mine for 8000kms and one fine day decided to switch back to MC5 which provided amazing grip and steering feed back. The wet grip on 3ST is appalling compared to MC5 and I guess it was a missed opportunity.
G

I have 32 psi at the front will increase to 34 and will see the difference,had a 275 kms drive on curvey road the tyres were grippy and super silent but it's too early to assess the tyres the running on new tyres has been about 800 kms till date
G

Upped the tyre pressure to36 psi which is the recommended one on the right side if the driver door the ride has turned to firmer note ...
G

The Michelin tyres being soft,the tyre pressure has to be on a higher side and by upping the tyre pressure to 36psi at the front and driving for 300 kms on the Michelin’s , the grip is phenomenal, may be because the tyres being new .The floaty feeling has disappeared,the ride as narrated in the earlier post has been on the firmer side.No road noise.So after experimenting with tyre pressure,
if we want a comfy ride the tyre pressure should be between 28 to 31,32 psi.and for a sporty ride try to experiment with psi starting from 33onwards .This applies only to Michelin primacy 3st tyres only.Good luck
.
G

Uploading the photo after taking a screenshot of my Ford Fiesta,the mileage after a sedate drive st 85kmph to 110 kmph driving mostly on cruise control.The ride was for 300 kms on NH4. I hope that the photo is uploaded. , fingers crossed. 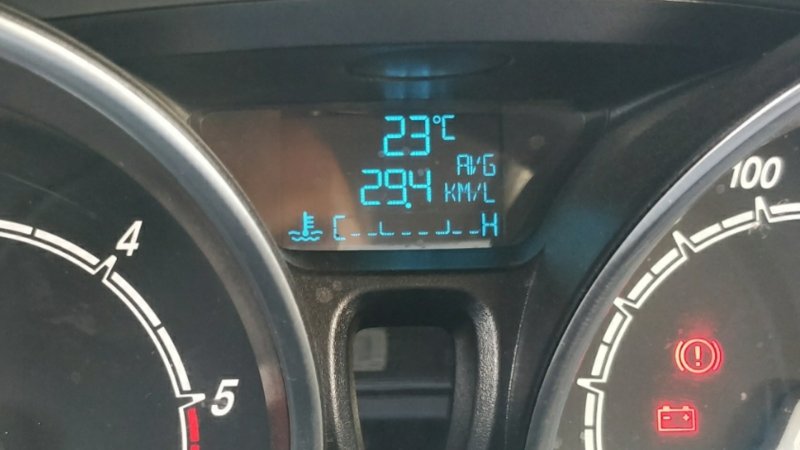 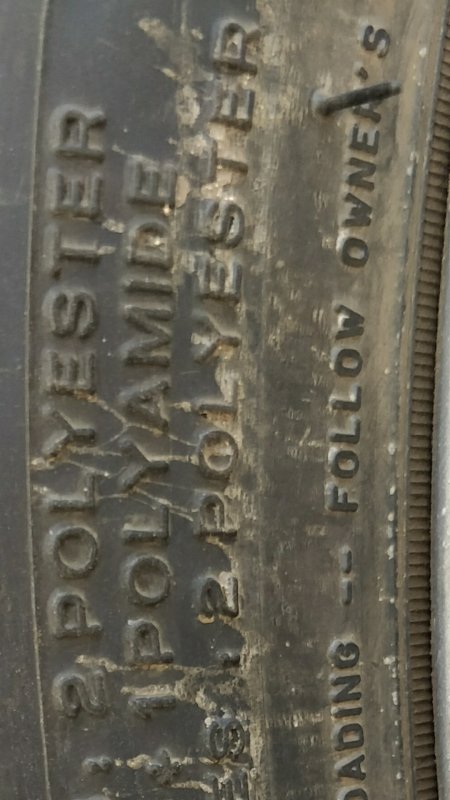 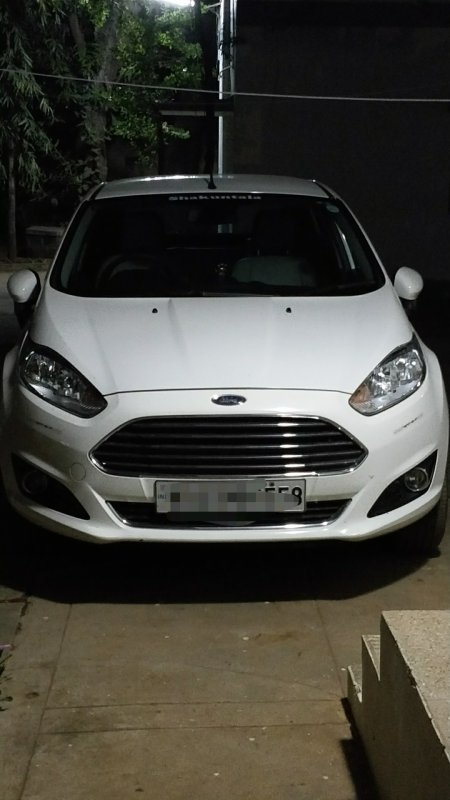 My Whitee at my ancestral village

This photo was taken last year 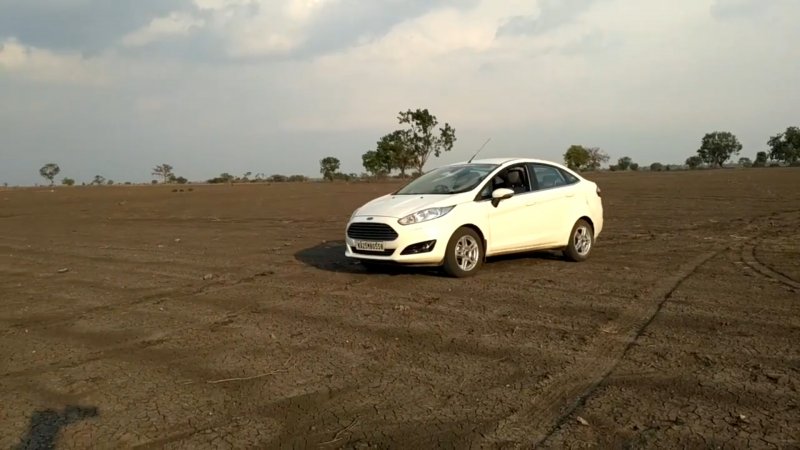 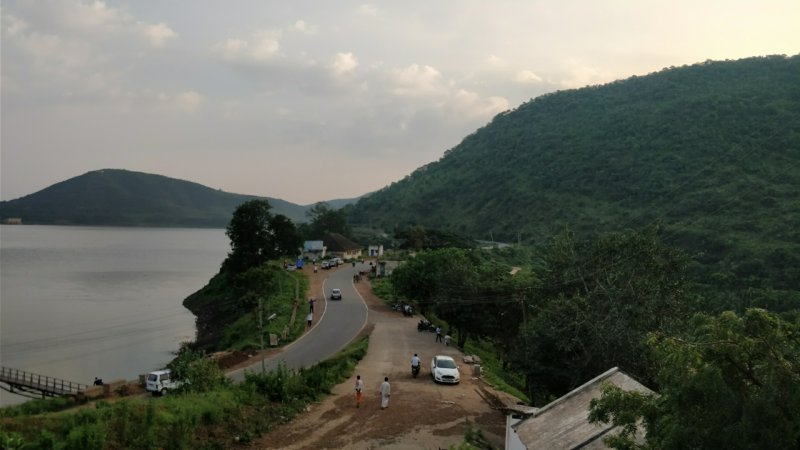 These are mileage obtained ,and these are attainable if one drives between 80 to 110 kmph the Fiesta has longer 4th and 5th gear which helps in the attainment of the mileage,and not to forget that it's a fun to drive car !!!