This is probably the most anticipated Chevrolet so far. Not only is it a brand new car bearing no resemblance to any other Chevy but also it is the most important car for GM India and also worldwide. This is a clear indication of what the future Chevy’s would be like. The Cruze has been developed keeping in mind European standards and tastes, so you could expect this one to be top notch. Here in India it has to fight it off with some of the most established cars in the country-which is not an easy job. Let’s see how well this one turns out to be. Here is my full review of the Chevrolet Cruze 2.0 VCDI.

My first look at the misty blue Cruze parked in the dark just had me thinking one thing-WOW! The looks no doubt clearly indicate that this is a next-gen Chevy. Sharp and angular headlamps, a massive split grill with the new Chevy logo, a ridge that runs through the bonnet all makes this car look aggressive and it definitely has road presence. Come to the side and the striking coupe like roofline and the chrome finished door handles and chrome on the window line all grab your attention. A line that runs from the wheel arches right up to the tail lamps gives it a BMW like look. The rear windscreen is sharply raked and the tail lamps even though not as striking as the headlamps still manage to look good, there is also a thick chrome bar that runs between them. All in all the exteriors of the Cruze are stunning and it clearly is the best looking car in this segment.

When the car looks so good on the outside you expect the same even from the inside. The moment I stepped inside the car I had an adrenaline rush. The dual cockpit design, the V shaped centre console lighted in the striking blue colour looks stunning. The neatly laid out dash has controls that fall easy on hand, the entire interior is leather finished. The interior is done in grey and beige (a very soothing beige) with silver and blask finishes on the centre console. The quality of plastics if not as good as the Jetta or Laura is still pretty acceptable. At the top of the centre console is a small screen that gives you information about the music system, air conditioning and other vehicle settings-interesting! The dials are surrounded by chrome and light up in blue and red at night-classy! The steering wheel has the perfect diameter and feels very good to hold with the soft leather and the classy silver finish at the bottom. It also has controls for the music system and also the cruise control buttons. In terms of storage space you get 4 decent sized bins on all the doors, a huge glovebox,2 cup holders on the cebter console and some storage space in the front armrest(which also has the aux-in for the music system),there is also some space on top of the center console to store knick knacks. The front seats are hugely comfy and you feel cozy in them. At the rear too there is ample legroom, the seats are nice, the under thigh support is good and the headroom is decent. Boot space is also good at 450 lyres. To sum up the interiors also impressed us as much as the exteriors did-it’s a good car to live in. 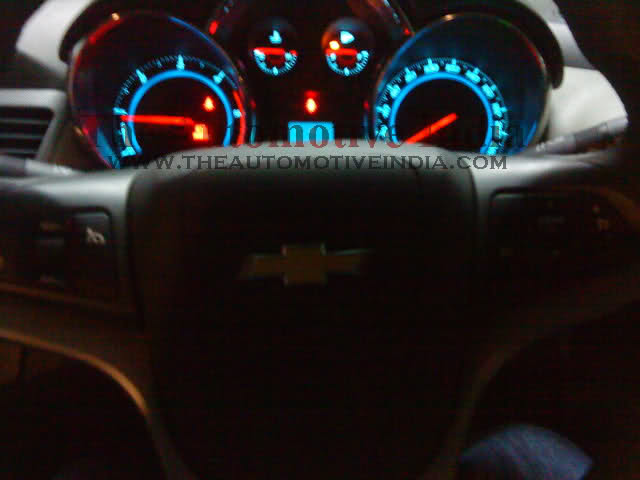 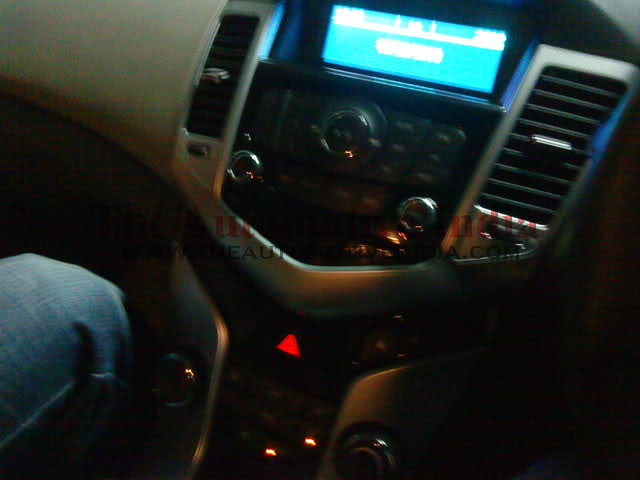 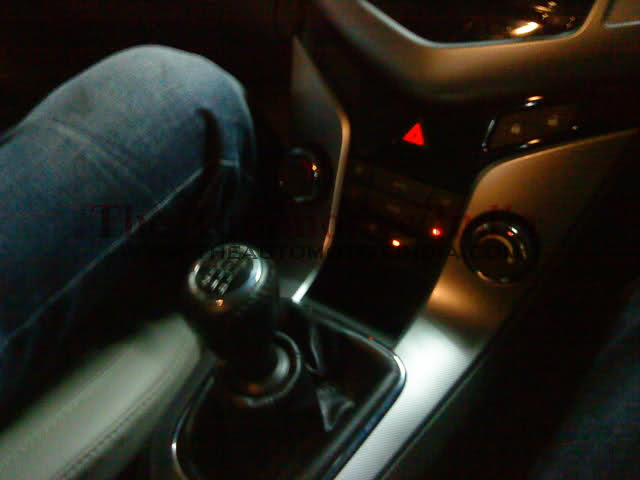 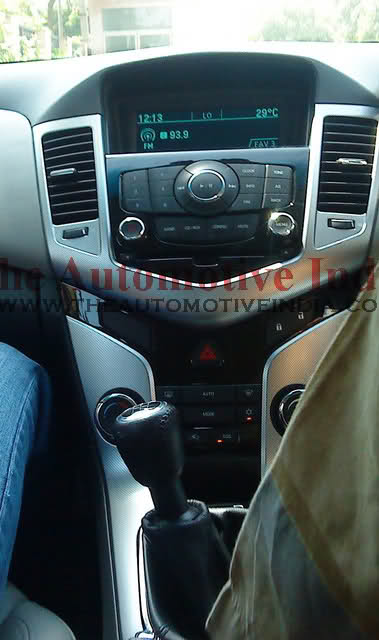 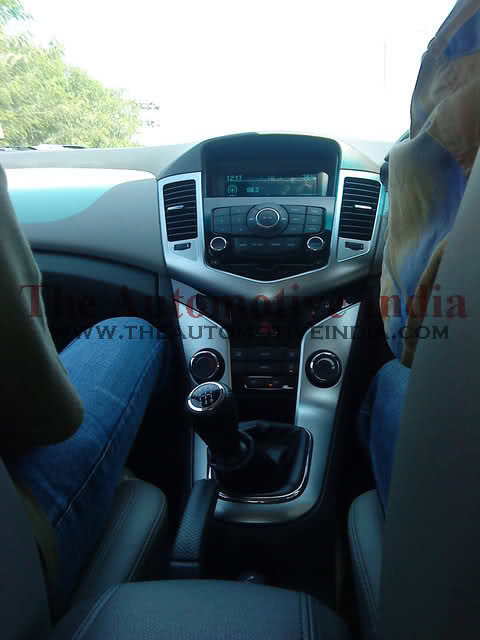 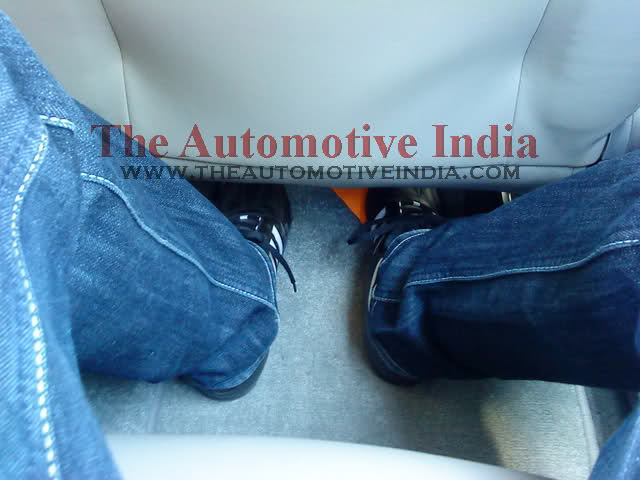 POWER SOCKET AT THE REAR 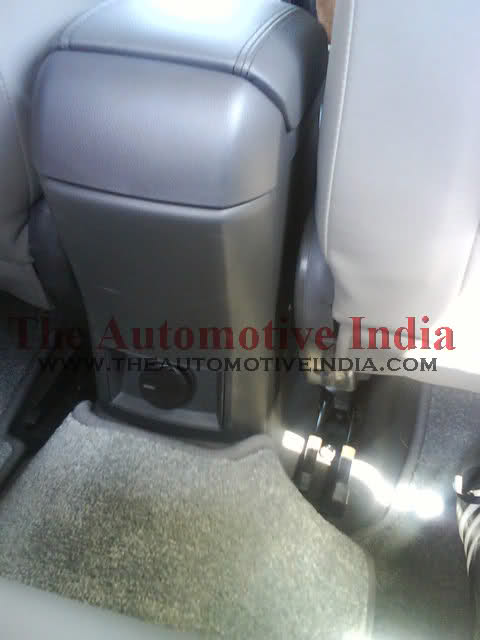 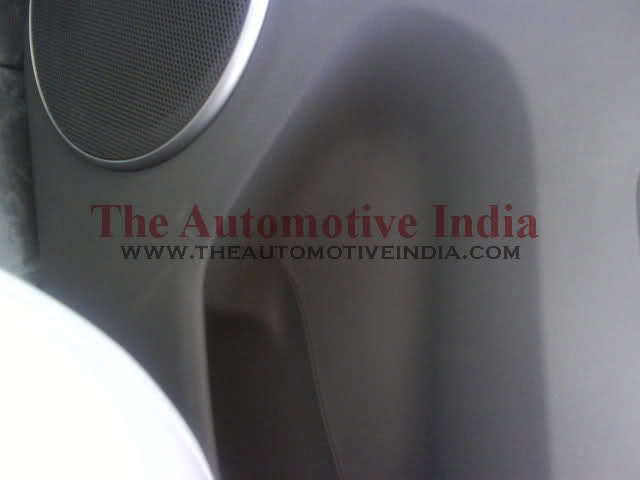 The Cruze has a big trump card in its pocket-it has a diesel engine. The 2.0 vcdi engine pumps out a 150 bhp with 320 NM of torque which makes this the fastest diesel sedan this side of a BMW. You look for the key fob to start the car-but there isn’t one! It starts at the push of a button-impressive! You know that this is a diesel sedan once you fire up the engine, but you roll up the windows and close the door and you are out on the road you can’t even make out that this thing has a diesel engine. The NVH levels are fantastic with excellent insulation on the inside. There is an initial turbo lag under 1800 RPM but the gearbox has been worked with to sought that problem out The second gear can pull it off till about 75 kmph. The gears are taller than the captiva but the gearbox is much better than any previous gen Chevy-I liked it. Once you get its past the turbo lag this one just fires ahead-its got a strong mid-range with oodles of torque flowing in, it effortlessly reaches high speeds cruising on the highway and touches the redline at 210 kmph (4300 RPM).This could even leave the likes of the Civic and the laura 2.0 tdi licking away the dust this one throws on them. It is one powerful car.

In the city the steering wheel feels light and the car is easy to maneuver and out on the highway it weighs up pretty well. Straight line stability is not bad though not as accomplished as the Germans. The ride quality is fantastic –I took the car over the dirtiest of terrians and it took up the bumps very well. I was very comfy on the inside. All in all it is a huge leap forward from the optra when it comes to handling.
The cruze runs on 205/60 R16 JK vectras. 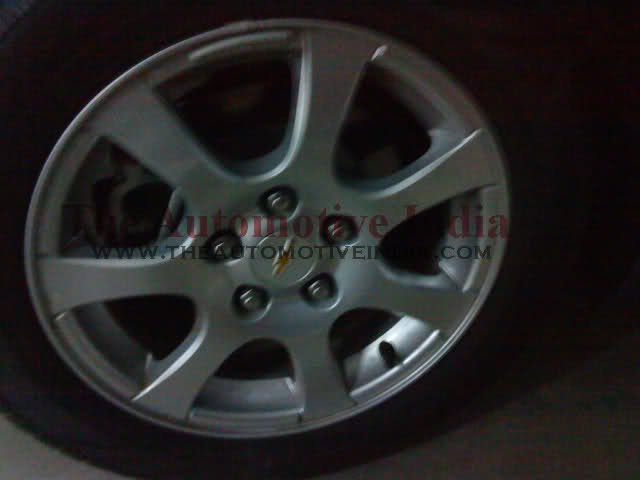 This is a make or break situation for GM India. After the drive of the car I can just say one thing-It is meant to be a success. Its got all the right indegriants to cause a dent in the sales of the entry level luxury sedans. Its got stunning looks, fantastic interiors,a vey good diesel engine ,features that could shame luxary sedans and above all the price! I have a slight idea of the pricing and with that kind of pricing its going to shake up the segment and give an entirely new dimension to the phrase ‘value for money’. I think with the kind of pricing you could overlook the not so good quality of plastics (its fine not bad!) and the turbo lag. I am very impressed with this vehicle and I promise even you would be. It is by far the best Chevy we have ever got and all I can say is that GM has a winner in their hands! 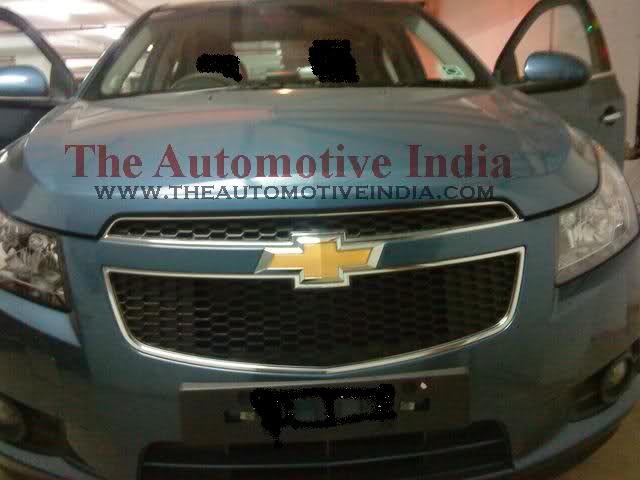 THINGS I LIKED ABOUT THE CAR

1. It looks wow!
2. The interiors lit up in blue look oh so cool at night.
3. PEPS (PASSIVE ENTRY PASSIVE START) is a very convenient feature found in only high end vehicles.
4. The engine can shame even the petrol engine cars
5. The equipment list
6. The price(wait and watch!!)
SOME KEY FEAUTRES (LTZ)
7 SPOKE ALLOY WHEELS (16’) 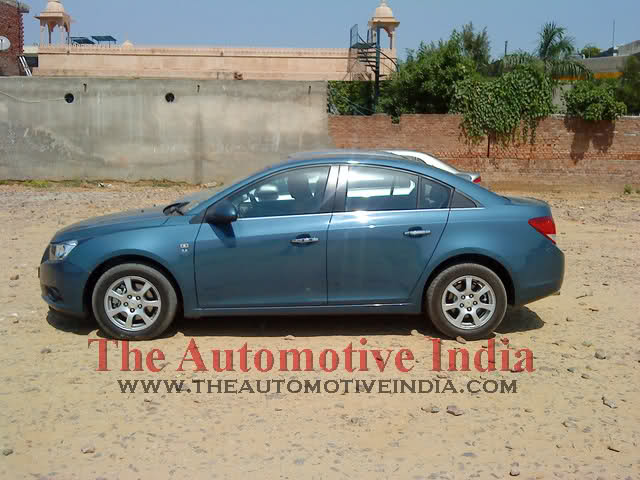 NOTE:
Please don’t ask me as to how and when I test drove the vehicle
I could not do the fuel efficiency tests.Pardon me for the bad quality pictures as they have been taken in a hurry.The entire review is based on personal opinions.

The highly anticipated cruze is being launched on the 12TH OF OCTOBER.
According to my sources the auto diesel would be here by beginning 2010 and the petrol by summer 2010.

Any idea of pricing.

Wow!!
What a review. TAI is doing great with one and another exclusive scoops now and then.
siddhant, car looks loaded with features, please let us know its price as well when you have posted this report.

Hey great going buddy. Awesome and to the point review. Keep those coming!!

Thanks guys,even I was equally excited when I drove the car.
There is one factor which made me give the car a 9.5-ok its just a perfect car but pricing is a key point-and as I told you-its going to shock everyone!!I have a hint-just wait and watch-11 days to go!!!

Really i love the car!
S

nice review siddanth. don't worry. we are not going to ask you as to when did you do the test drive. today actually saw the new chevy ad on tv. i think today was the first time it was shown.

Thanks for such a detailed review :)

Will love to see the car in chennai soon!

Will try to get my hands dirty this weekend & post a short review :)

Siddhanth, thanks for this superb test drive report and you covered almost all points to look at.Chevy surely is coming out strong and hard with new vehicles which are more dynamics and edge cut profiles looks attractive, also to say as you said pricing would be key for cruze.
Any idea about its maintainence package would be offered on this car as well, i hope so.

Beautiful exteriors, classy interiors, and an aura you can't take away!

Congrats Chevy, you've got a winner!!

siddhant said:
Thanks guys,even I was equally excited when I drove the car.
There is one factor which made me give the car a 9.5-ok its just a perfect car but pricing is a key point-and as I told you-its going to shock everyone!!I have a hint-just wait and watch-11 days to go!!!
Click to expand...
Excellent review man! Thanks for the sneak peak

Chevy has an Awesome car in its hands.
Only Pricing is going to decide the fate of this car.