While surfing through General Motors page in wikipedia, I was really surprised to know that SR-V hatchback has been already discontinued. To re-confirm, turned back the pages of “buyers” section in auto-magazines and yes! It was missing. The SR-V was one of a finest luxury hatchbacks available in India which offered everything like a sedan, only drawback was the price tag of Rs.8+ Lakhs but I’m disappointed to learn that instead of doing some efforts or cutting down the costs, how silently a brand like General Motors phased out the car. 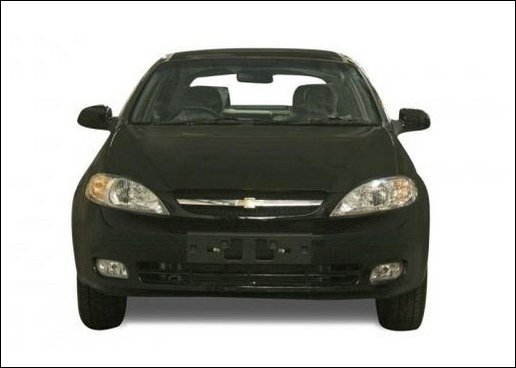 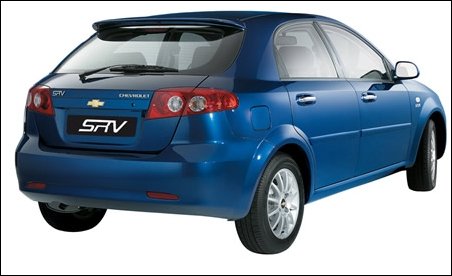 I think people want some more time to accept a premium tag to a hatch. I think this story is similar to that of jazz. Both jazz(fit) and SRV are topsellers overseas(some countries), but didnt sell here. Even today, i would love to own srv even if it is relaunched with the same facia.

Yeah i agree they could have tried to cut down the prices and try their luck again!

But guys is this really a great car? I don know much about this car and also spot it here very rarely!

I dont really remember the specs, but look wise, i would still rate it above some of the existing hatches. Have a look at way the taillamps have been integrated with the boot, looks awesome.

Yeah i also like the car for its looks but what are the special features which make this a great car?
S

this can be called "ONE AWESOME PIECE OF MACHINERY".
be it looks, performance and what not? i see many of these here in davangere.
in particular i like one purple colour. he has maintained it very well with all sorts of mods- FFE, wider tyres, plati alloys(they are the best alloys with chrome finish that i have seen so far), projector lamps with HID and what not? but once when i met the owner(when me and my friend had gone to a local garage to get my friends magnum back from service), his only complaint was the poor A$$. so he gets it serviced in a local garage who does a much more better job than the A$$. i did not get a chance to drive his car though.

Can anyone post the specs? I really dont remember them?
A

It was truly a great car.
Sad that it is out of production.
In India, great cars dont sell well and the pathetic ones do.

Akash said:
Can anyone post the specs? I really dont remember them?
Click to expand...
Wait. I shall post them. I think have its specs and features list with me.
This was the car which easily suited taste of almost all type of buyers, But it was heavily overpriced. If it was not so, Then that time wouldn't have come for GM to discontinue it from market. Enjoy this picture for meanwhile. 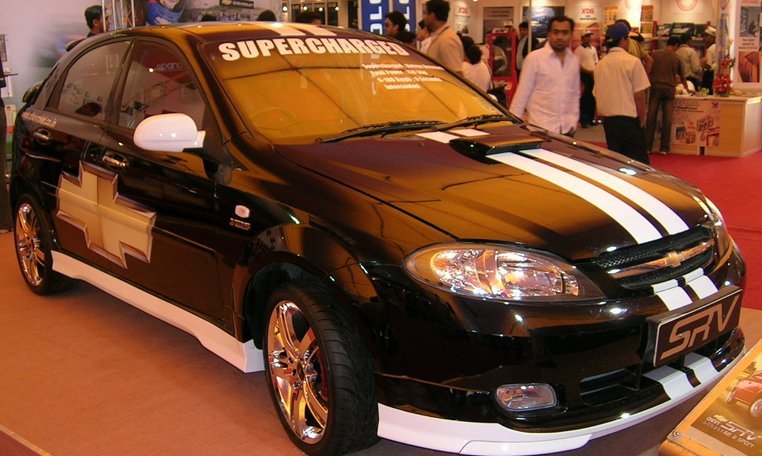 hello guys
This is my first post on the automotive india..
Hope i make friends and learn a lot from this for with help from gurus.

Cherolet srv
Its a hot looking hatch , i have seen a couple of them in bangalore and a old friend of mine brought it(it was his uncles). In my opinion it was huge overpriced car.
It was retailing around 8.5 on road in bangalore.
no abs,airbags and only alloys in top variant.
It has a 1.6 100bhp engine and damm that car does not move.
its intial response is very lethargic. But it was spacious from inside and plastics are average.

Welcome aboard v_ram. You'll definitely learn about automobiles here make some of the best friends. Please feel free to introduce yourself in Introductions section. About the SR-V, I've too seen this car personally in almost all the available colors - Red, Blue, Black etc. and it looks much bigger than what pictures describe. Do share a few details or pictures of your friend's SR-V in case you have some.

Hello v_ram, Welcome to The Automotive India.
1.6L and 100bhp sounds impressive. I havent driven it but once got inside this hatch to find decent interiors. Plastic bits as v_ram said were average but better than ones found in most marutis.
V

350Z said:
Welcome aboard v_ram. You'll definitely learn about automobiles here make some of the best friends. Please feel free to introduce yourself in Introductions section. About the SR-V, I've too seen this car ...

Drive Safe,
350Z
Click to expand...
Akash said:
Hello v_ram, Welcome to The Automotive India.
1.6L and 100bhp sounds impressive. I havent driven it but once got inside ....
Click to expand...
Thanks 350z and akash ..
No sorry and i dont have pictures of it and my stint with it was for 2kms or so not so informative. But the response was very slow intially but not tested the highway handling. because of the 1.6 litre engine and length>4m made it costly? hot lookin hatch with not so value for money...

This was the first SRV option pack I saw,it was taken around 2 years ago,i thought this to be a modified car,that day itself i saw around 4 SRVs,same color,same kits,then i came to know that it is an option pack from Chevrolet.
On another day,I saw a SRV option pack with a few modifications like aftermarket air filter,exhausts and it had interior blue neons on it.
The car was at an imported car serice garage,the owner of that garage asked his worker to start the car and show us the exhaust's sound.
But,he doesn't suggest it for a diesel car.