The Chevrolet Orlando test mules have been doing rounds at numerous locations across the globe. This 7 seater MPV based on the same platform as the Cruze sedan is focused primarily at the European market. Through the 300 series platform underpins the Orlando, its length has been expanded to 2,760mm. The Cruze’s 2.0L 150bhp diesel engine will be carried over and reports claim a plugin hybrid will follow soon. There will also be petrol engines on offer, a 1.6-liter and 1.8-liter/turbocharged are expected to do the job. The spy pictures suggest that the car doesn’t look as striking as the concept did when it was first showcased at the 2008 Paris Motor show.The car will not be sold in the American Market, but it is expected to make its European Debut in the second half of 2011.

Wow looking good but a little too boxy at the rear. Any expected pricings?

Side profile reminds me of Sumo Grande

Shynish M said:
Side profile reminds me of Sumo Grande

Click to expand...
it reminds me of MB GL!

It does not looks like either of them to me. This is a way too boxy to be a latest Chevy, but let's wait for official the debut.

i love SUVs. this one looks awesome, huge & masculine. the interiors look great too.

Chevrolet has now revealed the details and images of New Orlando much before its official Debut. Here they are:

Chevrolet's first entrant into the European MPV segment, the Orlando, will be one of the star attractions at the Mondial de l'Automobile in Paris on September 30, when the full production model makes its world debut. It will be one of four Chevrolet world premieres at the show.

Based on the show car concept first seen at Paris in 2008, the Chevrolet Orlando is a true family car for the times, combining 7-seater practicality and interior flexibility with striking crossover style design. Chevrolet's new compact MPV eschews the bland designs sometimes seen in the segment, and instead adopts a bolder look with its low roofline and crossover inspired silhouette, while retaining the distinctive and recognizable Chevrolet 'face' depicted by the split radiator grille and bow-tie badge.

The Orlando's low swept roof line is complemented by the muscular, protruding wheel-arches, housing 16, 17 or 18 inch wheels. The new Orlando MPV has a key role to play in Chevrolet's continued product offensive in Europe, as Wayne Brannon, president and managing director for Chevrolet Europe explains. "The new Orlando MPV kicks off an ambitious seven-product launch program over the next 15 months.

"We're confident the Orlando not only brings great value for money to the MPV class but also something fresh - function with attitude if you like - and the opportunity for us to continue building our volume across Europe. I believe it will also bring more new customers to the Chevrolet brand."

While the exterior of the new Orlando is sure to draw plenty of attention, the interior too features the latest design cues from Chevrolet such as the Corvette inspired dual cockpit and ambient blue backlighting to the centre console. However, it's the theatre style seating arrangement of the Orlando's three rows of seats, the generous load area and the numerous storage solutions that will also grab the attention of family motorists. In spite of the sweeping roof-line, the designers have succeeded in raising the second and third row of seats, which means Orlando's occupants get an even better view both forwards and to the side. And with a wide variety of seating configurations possible, the Orlando can be quickly transformed into one of the most voluminous MPVs in the class when it comes to carrying loads. Any hard working family car needs plenty of interior storage space for all the 'paraphernalia' that builds up. Like the Orlando concept car, the Orlando obliges with a range of compartments of different shapes and sizes situated in the center console, front and rear doors, rear cargo area and even the roof.

However, perhaps the most ingenious is a storage area hidden behind front fascia of the audio, and within easy reach of the both the driver and passenger. Seen originally on the Orlando concept car, the designers have been able to integrate a usefully large area which is revealed by flipping up the face of the audio, and large enough for such items as an MP3 player, sunglasses and wallets. Within the space itself, there is also a USB port - ideal for re-charging the MP3 or iPod when on the move. The Orlando is based on Chevrolet's successful and award winning Cruze saloon, already proven to offer excellent ride and handling. Under the hood there will be a choice of three of Chevrolet's latest fuel efficient engines: one petrol engine will be available, a 1.8 litre with power output of 141 hp and two diesel units, the latest version of Chevrolet's 2.0 litre engine with outputs of 131hp (low output) or 163 hp (high output).

Customers will also be able to choose from four trim levels in the UK with standard equipment on all cars including electronic stability control, six air-bags, air conditioning and electrically heated and adjustable door mirrors.Full production of the Chevrolet Orlando starts in October with the car going on sale across Europe in early 2011. 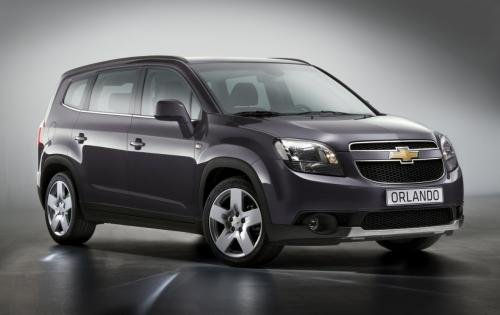 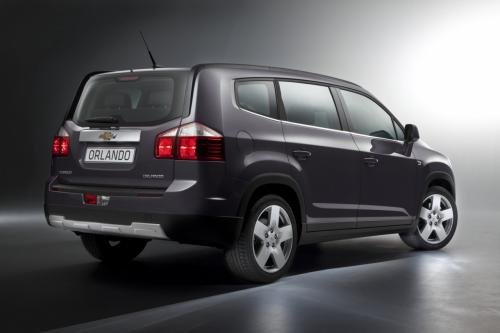 raj_5004 said:
i love SUVs. this one looks awesome, huge & masculine. the interiors look great too.
Click to expand...
Exact my thoughts. .I like boxy design!

hey its looking good. wish they launch it here so that innova can get some answer

350Z said:
Full production of the Chevrolet Orlando starts in October with the car going on sale across Europe in early 2011.

Drive Safe,
350Z
Click to expand...
Any news on this guys?? Is Orlando launched in Europe? I am looking forward to SUV (even though it is a MPV, but looks like SUV

) in this range to come to India.

I believe there was a news that Oralando would be launched in India as well with a price tag of @10 L.

Chevrolet Orlando looks great.
Click to expand...
leave alone scorpio. it still has some comprtitors but innova is enjoying all sales alone without any particular rival. chevrolet should put it in that much tag to give bag on answer to innova!