...and claims it is the 'world's fastest luxury sedan'. Unaware of something called a 'G-Power' M5 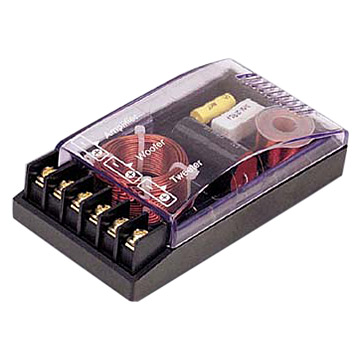 Apparently, Mercedes doesn't build an S-Class fast enough for your tastes. This is principally why Brabus thinks it is entirely acceptable to build a 788bhp version.

Wilkommen, meine Damen und Herren, to the lightly terrifying Brabus SV12 R 800; a modified Mercedes said to be the 'world's most powerful and fastest luxury sedan'.

At face value, this would be acceptable. After all, a 788bhp twin-turbo V12 Mercedes S-Class bored out to 6.3-litres, capable of 217mph and 0-62mph in 3.9 seconds feels like it should be the world's fastest saloon. A peak torque figure of 1,047lb ft (limited to 811lb ft to save the transmission) adds more weight to the philosophy of More Equals Fastest.

However, something tickles a part of our brain charged with doling out cynicism. Something with 750bhp, massive wheels, an orange engine cover and a BMW badge. The 231.2mph G-Power Hurricane RS, to be specific.

That car, based on a 507bhp M5, was strapped with twin superchargers and some other gubbins to record a 372.1km/h top speed at the company's test track earlier this year. And as we are proficient at counting, we know 231.2mph is more than the Brabus' limited 217mph.

When pushed, Brabus told TopGear.com the car could only ever be sold pegged at 217mph "because of the combination of the weight of the car and the choice of tyres".

Still, it's still ludicrously quick, comes with lowered suspension, 21-inch wheels, massive 12-piston brakes, and a new suit. And at 217mph, no slouch either. Just not the world's quickest, got it? Now click through those pictures and tell us you aren't scared.

Looking impressive but as the report mentioned its not paying justice to its specifications!

Another master piece from BRABUS. I believe, the last one was the M Class with some huge BHP figure. But isnt 217mph a bit slow. I mean, its still slower than many. Whats the price of this monstrous sedan?

A masterpiece indeed, but what’s the point in pushing a long and pure luxury saloon to its limits? This job is better over to sports car like Mercedes E-class coupe or maybe an S-Class coupe sometime in future, what say?

Exactly, No one can get everything in one car & Brabus S class is no exception :)

yeah! s class coupe with such mods will be great. there are also some spy shots of it on internet..