Beware of ‘Hit and Run’ Cases – An Experience

5:00 AM, Jan 29th, 2011. We started off for a quick trip in Uttar Pradesh in a cab (Tata Indica). The experience was wonderful in middle of the farms with a lovingly fresh air but only until an Azure Grey Swift appeared from nowhere in that narrow lane and all of sudden banged our car right from the front. It happened in Muzzafarnagar in less than an hour since we started the trip.

Both the cars were almost crushed from the front. I was luckily sitting on the back seat due to which my face was cushioned with the front seat’s headrest during the collision (Also learnt a lesson that rear seat belts are as much important). Even though our driver was not at the fault but we were afraid that the chap who was driving the Swift would get down for a clash but to my surprise, leave along getting out, there was absolutely no reaction on his face as if nothing had happened. The guy quickly reversed the car and fled away.

I was thankful that all three occupants were safe except for a few small injuries. We checked out the car from outside and found the fluids were leaking and body was terribly damaged. I don’t think anyone could believe that the occupants on front would have survived considering condition of the car. We were only unloading our baggage from the car and in the next ten minutes, I noticed that Swift coming once again towards our direction from behind. I immediately dropped those bags and ran aside. He was driving too fast, and since that car was covered full of dust, it was difficult to even read the registration plated. All that I could read was “UP-11”. Anyways, the villagers had collected by now and offered their assistance, which I appreciate. Local policeman also cooperated dropped us within the main city in their Jeep. Now there are two suspicions about that Swift Driver:

> He was not in the senses.

> He intentionally hit and ran.

@350Z:
So sad you went through this ordeal.
Good to know that no one was hurt & you are safe too.

How was the road, was it a narrow undivided stretch.

I don't know how he was blind not recognising the opposite car.

I think Jalex guidance would be of great help.

Jalex, what can be the driver of the car can be subjected to , If he gets caught.

Yes, it was a narrow undivided road. I am attaching an image from Google Images for reference purposes. 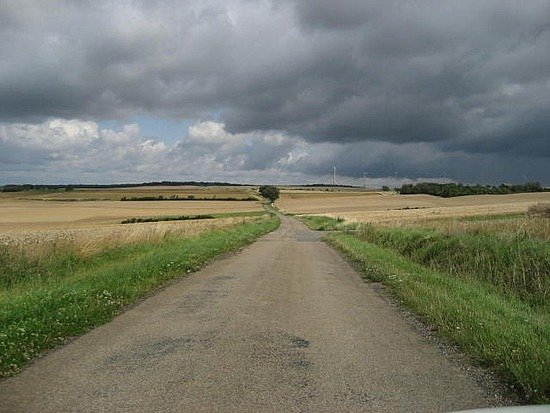 @ 350Z:
The roads here in Southern Karnataka are much smaller.
i.e Western Ghats(Kudremukh, Hornadu) of karnataka has much smaller roads.

But literally one has to Horn and go slow at such roads.
You will get an idea of how small roads are here.
But how did your driver didn't avert it,when he spotted the vehicle.
Or whether the opposite vehicle was manoveuring an overtake.

The issue is that the Swift Drive intentionally brought the car in front of ours inspite of having sufficient space on the other side.

Sad to hear about your accident Vibhor and i must say by maintaining your cool, you did the right thing. And the best part is that all of you escaped without any major injuries.

PS: Do you have any pics of the car?

I’m wondering what would I have done if the car was mine? Definitely won’t have let the case go off so easily. No we didn’t care of click any pictures.

Thats a normal reaction or i should say response to stimulus. Even i loose my cool when someone cycle guy even accidentally touches my ORVM in traffic. I cant imagine how i will respond in such situations. However after hearing so many instances of road rage i would prefer to stay as calm as possible.

good thing you are ok 350z
these hit and run case are very much rise . We had around 3times these accident .
1st time another speeding santro hit our santro back bumper and ran away near shadipur metro station.
2nd time , swift hit our santro in left side headlight and ran away in CP . luckily headlight didn't got damaged much except few plastic part got cracked we got it repaired .
3rd time, it is very recent some innova guy hit my safari left side of bumper

and before i could react and he was gone .

So all these hit and ran happened in night only

good to hear you are all safe.

Strangely he returned back within a few minutes. Yet none of could do nothing. If someone had even thought of blocking the way, I’m sure he would have ran over him.

Oh sad to hear about the incident Vibhor , glad to hear that all of you were safe! These hit and run cases are on the rise now , wish the RTO license issuing process is made tougher!


@ Akash Ditto am like you! I have fought with many bikers who slam my ORVM'S in tight traffic! And thanks to those fools my ORVM'S shake at high speeds , and i have no other option than changing them!
A

Sad to hear about this. Yes there are fools around who intentionally hit the vehicle.

Did he hit head on from the opposite side? And I wonder what was his intention? Maybe he was busy with something else, like trying to type a number or sms on his phone, Maybe looking at something and missed to see your car, Maybe D.U.I. Anyway its kind of a scary situation especially in that part of the nation where like you said people talk with guns and all. Anyway I am glad that you were not hurt.

Road rage is becoming an increasing menace in our country off late. People drive like crazy be it a highway, narrow lane or city roads. Attutude is like - "come wat may, i ll drive the way i want to". At times it becomes very difficult to control temper in such incidents! I always wonder whether keeping a hockey stick or a cricket bat in the car is a good idea?? Atleast it will be useful to defend if not offend.
You must log in or register to reply here.