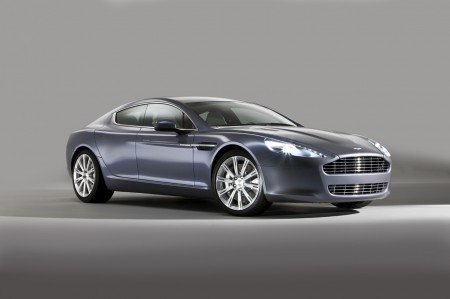 Aston Martin has announced the pricing of its first ever four door car - Rapide for the UK and US Market. The Rapide will cost £139,950 for the UK customers while the US customers will have to a minimum of $199,950 when the deliveries start early next year.

Rapide will be built in Magna Steyr owned plant in Graz, Austria making it the first Aston Martin to be built outside of Great Britain. The plant said to be a “fusion of modern technology, advanced manufacturing process and handbuilt craftsmanship” where each car would take roughly 220 man hours to build. The special new plant was setup in co-operation with Magna Stery when the Gaydon facility making other Aston models was running at full capacity.

The company is expected to make the first delivery of the Rapide as early as April 2010.

i like this car but i would go for a Panamera any day!

Beautiful car!!! I would love this!! Panamera, No thank you! I like my stuff hand made and raw.

Why not Aston hit India ?
A

Ashton Martin is my all time favourite, a true British raging bull.What a car!mindblowing.It should hit Indian shores,officially
You must log in or register to reply here.