The murmurs from some of the European automotive websites suggest that BMW is working on a 4-series. Although no official words or specific details on the new car have emerged as of now, the rumormill is abuzz with talk of the line-up to spawn sedan, coupe, convertible and a coupe style four-door (GT) version. The idea is to create a new segment (ah, the good old days of clear classification) above the 3-series range and to compete with the like of the Audi A5 Sportback.

The talks of a 3-series Gran Turismo variant have been doing the rounds for quite some time mow. If any such vehicle really rolls of the BMW production line, it would be difficult to understand the differentiation between the two vehicles. It is quite possible that the rumored 4-series and the 3-series GT turn out to be the same cars in the end. With no dependable information available, we would still term it as a rumor, though the chances of the emergence of the 4-series cannot entirely be denied in the wake of Audi’s new model launching spree in the past few years.

very excited for this!! new 4 series will be b/w 3 and 5 series and it will be coupe / covertible. hoping for cheap one!! 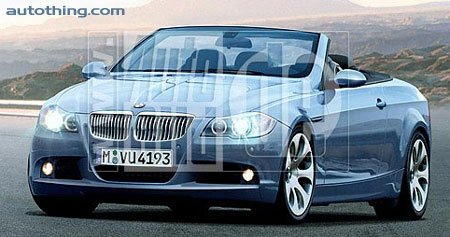 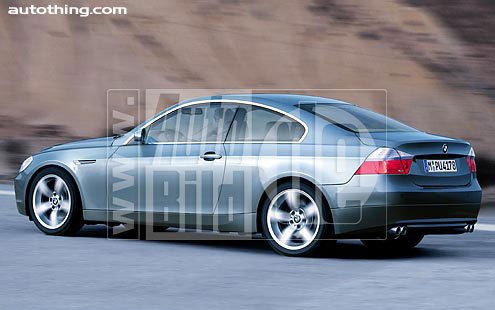 The 4-Series will also be larger than the 3-Series and the Coupe is expected to debut in late 2013 while the Cabriolet variant will follow sometime after that in early 2014. source - worldcarfans 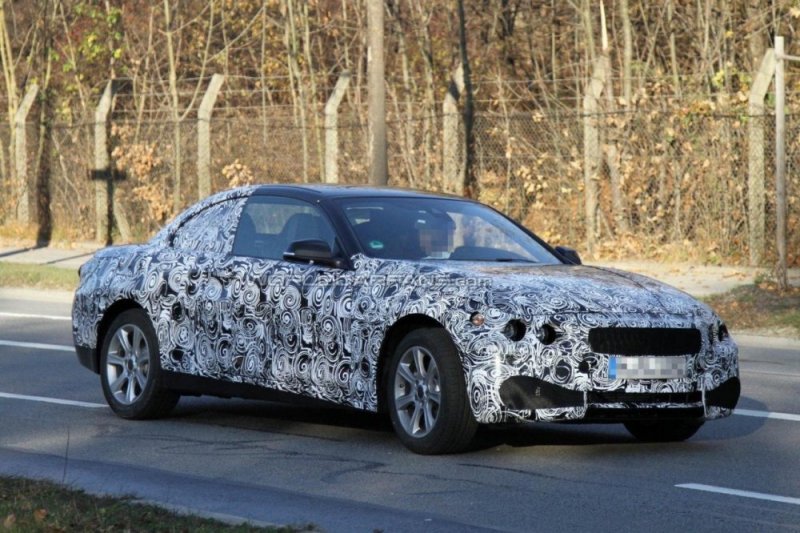 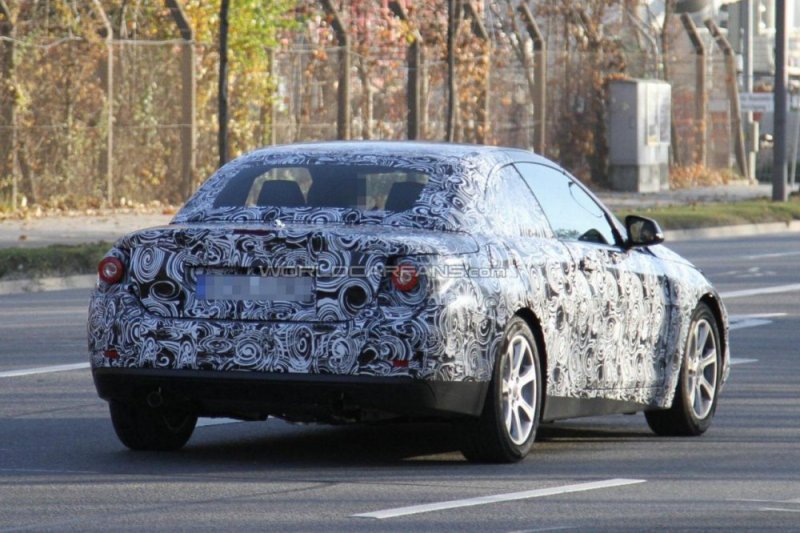 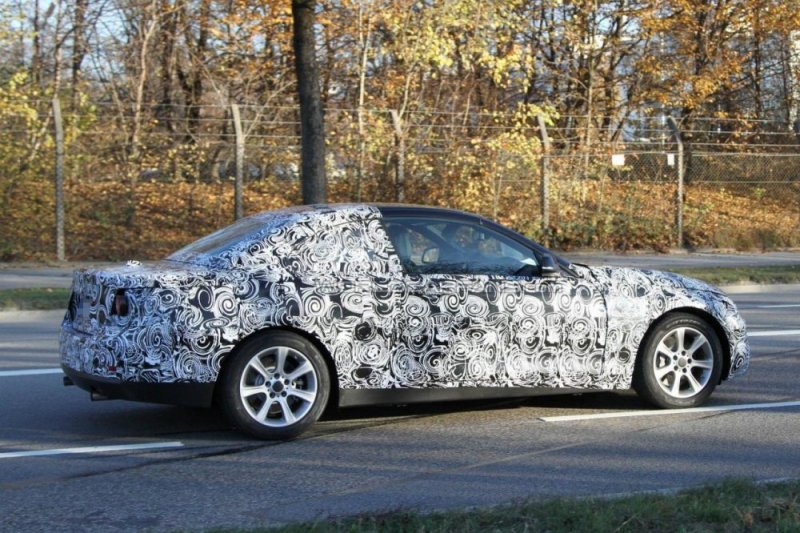 BMW has officially unveiled the 4-Series Coupe. It will go on sale in U.S later this summer. Pricing starts from $41,425 for 428i. 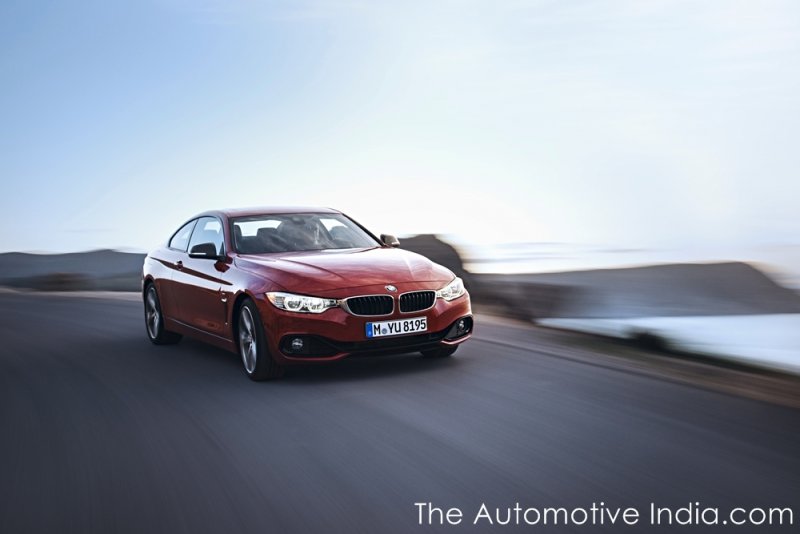 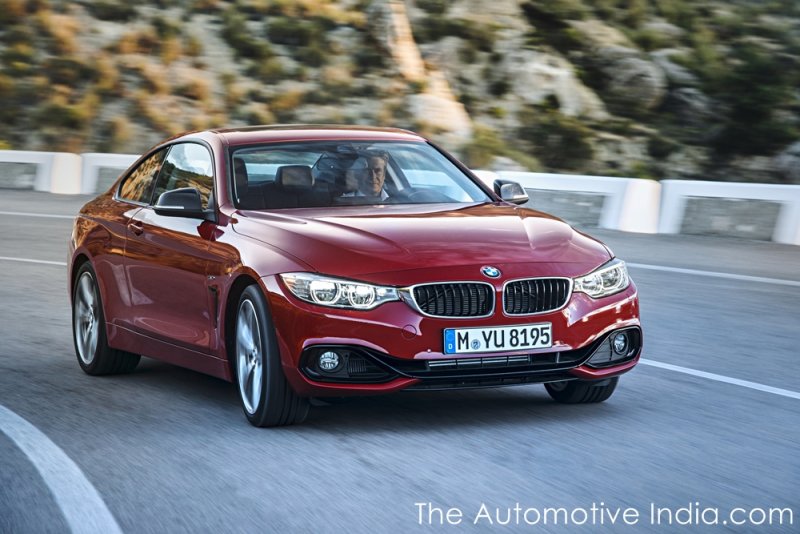 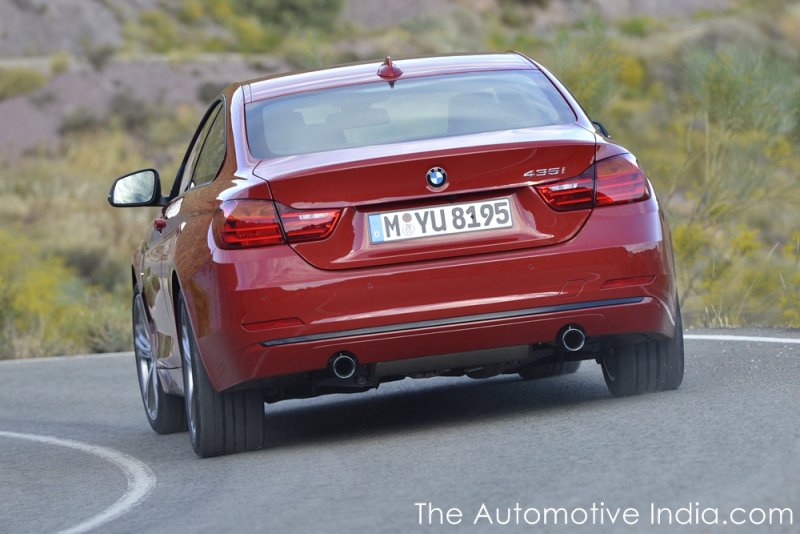 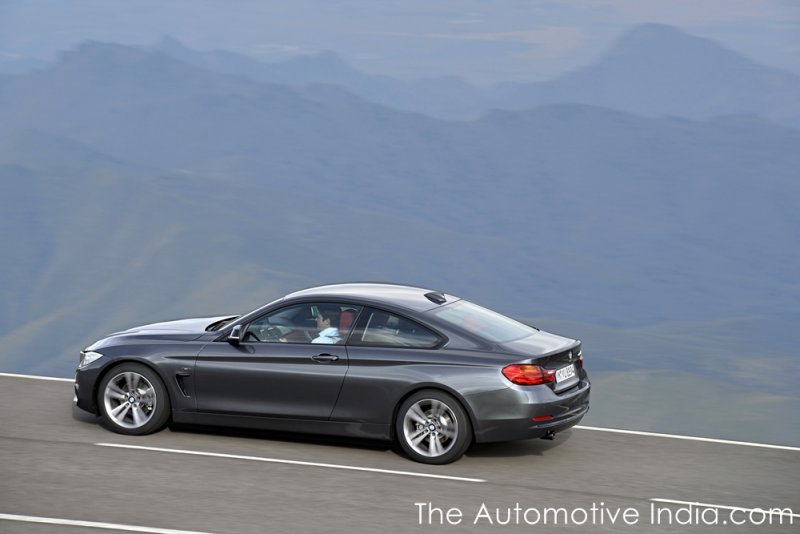 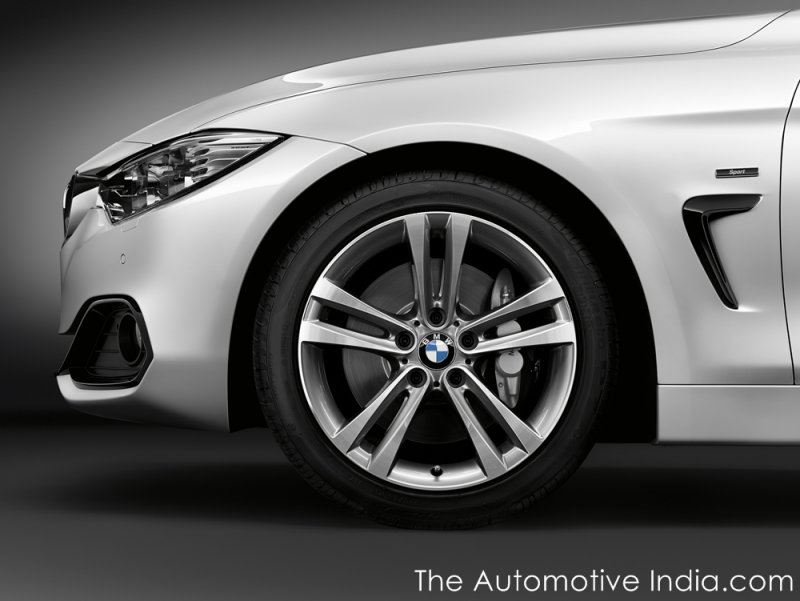 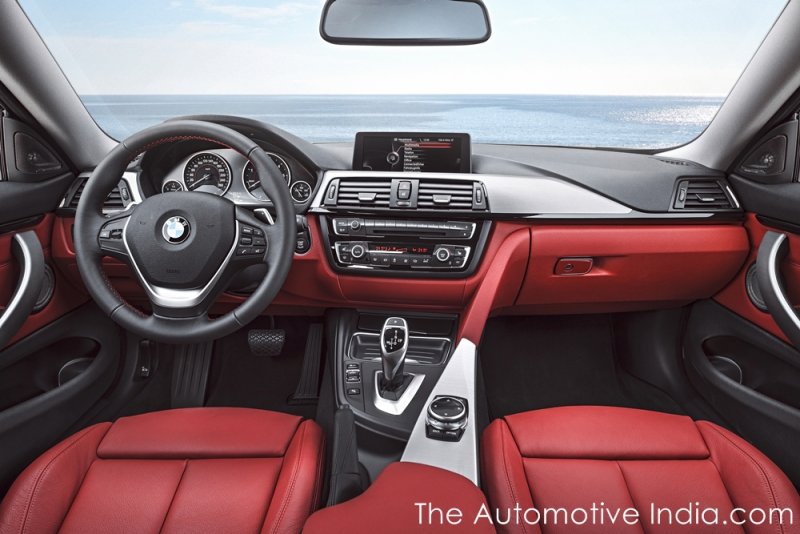 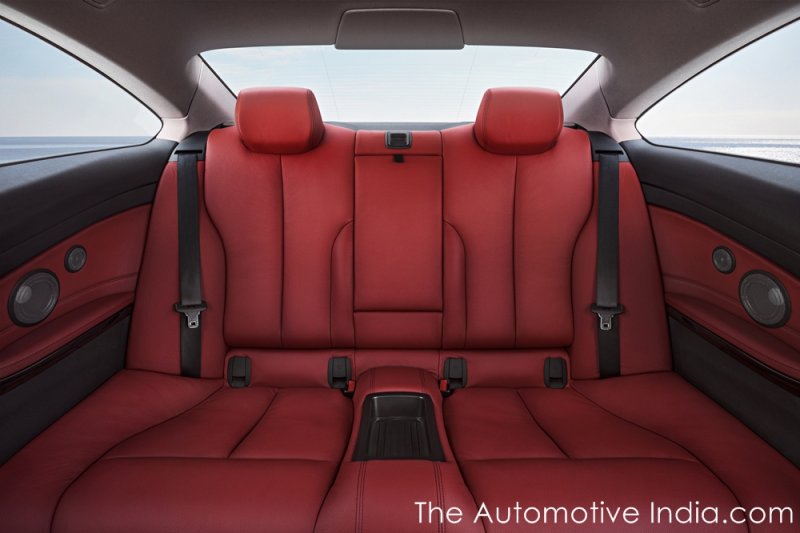 ​
The new BMW 4 Series Coupe heralds the dawn of a new coupe era at BMW. Launched as the fourth generation of BMW’s sporty mid-size Coupe, the new BMW 4 Series Coupe embodies the very essence of aesthetic appeal and dynamics in the premium segment. Its stylistic features carry the promise of a powerful presence on the road, stand-out dynamic ability and driving pleasure in abundance. Indeed, the new BMW 4 Series Coupe represents a paragon of balanced proportions and the final chapter in a story of development. The “4” in its title headlines this new era for the Coupe and emphasises not only its stand-alone design, but also an even greater technical differentiation from its BMW 3 Series cousins.

The new BMW 4 Series Coupe is visibly larger in width and wheelbase than the outgoing BMW 3 Series Coupe, and its dynamically stretched coupe silhouette sits considerably lower to the road. This, together with its BMW-typical short overhangs, long bonnet and set-back passenger compartment with flowing roofline, lends the BMW 4 Series Coupe impeccable visual balance. The car’s striking front end – with its characteristic BMW design features, such as the double-kidney grille, twin circular headlights and a large air intake in the front apron – is keen to display its family ties with the BMW 3 Series. However, the more sporting interpretation of the BMW 4 Series Coupe also underlines its dynamic convictions. A new element of the BMW 4 Series Coupe are the Air Breathers, positioned rearwards of the front wheel arches to reduce drag in this area. The Coupe’s muscular wheel arches and wide track make a particularly prominent contribution to the hunkered-down design of the rear, with its prominent horizontal lines.

Individual equipment lines for the interior and exterior.

The interior of the BMW 4 Series Coupe presents a stylish fusion of sporting allure and exclusivity. All the controls central to driving are arranged ergonomically around the driver and give him or her optimum access to all functions. In the rear compartment, powerfully contoured seats underline the sporting credentials of the BMW 4 Series Coupe. Recessed head restraints and broad, continuously moulded side supports give the rear bench the appearance of two individual seats. High-grade material combinations and unbeatable finish quality accentuate the premium ambience of the new BMW 4 Series Coupe. Customers can choose from three equipment combinations and an M Sport package as alternatives to standard specification. The Sport Line, Modern Line and Luxury Line packages allow visible individualisation of the car’s exterior and interior appearance.

Driving dynamics from the top drawer.

The defining ingredients in the involving driving experience laid on by the new BMW 4 Series Coupe are its impressive driving dynamics and assured handling properties. The BMW engineers have succeeded in making key improvements in areas such as steering accuracy, precision and agility, as well as honing, further still, the instincts of the new BMW 4 Series Coupe as an unadulterated driving machine. Sophisticated chassis technology, torque steer-free Electric Power Steering, 50:50 weight distribution, a programme of fine-tuning in the wind tunnel and an innovative lightweight construction concept gave them the tools to achieve their aims.

One six-cylinder and two four-cylinder engines available from launch.

The sporting two-door model will be available from launch powered by the following engines: the six-cylinder in-line petrol engine in the BMW 435i Coupe, the four-cylinder petrol unit for the BMW 428i Coupe and the four-cylinder diesel for the BMW 420d Coupe. All the engines work using the latest BMW TwinPower Turbo technology and cover an output spectrum stretching from 135 kW/184 hp to 225 kW/306 hp. These state-of-the-art engines not only imbue the BMW 4 Series Coupe with outstanding acceleration and elasticity, they also join forces with the car’s intelligent lightweight construction concept to deliver further improvements in driving dynamics and lower fuel consumption.

The power from the engines is sent to the rear wheels via a six-speed manual gearbox as standard. BMW will also fit all the engine variants – as an option – with an eight-speed Sports automatic gearbox, which allows the driver to change gear manually as well using shift paddles on the steering wheel. The two petrol-engine model variants can be specified from launch, as an option, with the BMW xDrive intelligent all-wheel-drive system.

The driving pleasure available on board the new BMW 4 Series Coupe is a product of outstanding economy as well as sporting dynamics. The force behind this talent for fuel saving is the BMW EfficientDynamics development strategy, whose fruits can be found in almost every area of the new model. In addition to the petrol and diesel engines, with their optimised fuel economy, the car’s intelligent lightweight construction concept and honed aerodynamics – headlined by the Air Curtains and Air Breathers – also help to maximise efficiency. The BMW 4 Series Coupe may be set up to specialise in dynamic excellence, but other technological features, such as the Auto Start Stop function, Brake Energy Regeneration, Optimum Shift Indicator and on-demand operation of ancillary units, do their bit to ensure it impresses with low fuel consumption and emissions, too. Indeed, ECO PRO mode gives the car the potential to cut fuel use by as much as 20 per cent. In conjunction with the optional automatic transmission, the BMW 4 Series Coupe now also features a coasting mode for the first time. Another innovation is the Proactive Driving Assistant.

The new BMW 4 Series Coupe deploys a unique combination of driver assistance systems and mobility services (available as standard or as an option under the BMW ConnectedDrive banner) to set the benchmark in terms of safety, comfort and infotainment. Among the highlights are a new generation of the Navigation System Professional, which offers extra capability, sharper graphics and 3D elements for the map display, the full-colour BMW Head-Up Display, Driving Assistant Plus, which warns the driver of a potential collision with a pedestrian, the intelligent, glare-free LED High Beam Assistant, Active Protection with Attentiveness Assistant and the latest development stage of the Active Cruise Control with Stop & Go function. As far as infotainment is concerned, extremely efficient interface technology enables the integration of smartphones and numerous Bluetooth office functions. The latter now also offer the driver the services of a dictation function with full speech recognition.
Click to expand...
Drive Safe,
350Z

BMW is all set to strengthen its position in luxury car segment with the new 4-series coupe. The car will be a niche model that will succeed the 3-series coupe.

The renamed and re-engineered successor of the 3-series coupe is likely to go on sale in late summer 2013 but people at Bimmertoday.de have managed to get some spyshots of the U.S bound BMW 4 Series Coupe M Sport in Munich.

The car looks menacing with the M sports package that includes large alloy wheels, revised bumpers and modified aprons. The traditional kidney grille is bathed in chrome to further enhance the visual aura. It is couple of inches wider and longer than the outgoing 3-series coupe and is lower too, thus making its appearance more muscular.

The interior carries the usual M-badging along with the sports seats and sports steering wheel. The quality of interior is just spit and polish, as you would expect from a BMW with driver-focused ergonomics.

The variants 428i and 435i are likely to have a twin turbo 2.0-litre four-cylinder and a twin-turbo 3.0-litre inline six on board respectively. An eight-speed auto and/or six-speed manual transmission is almost confirmed too.

The car is set to entertain the enthusiastic customers for whom the 3-series is too ubiquitous and old and they want something new and exclusive from BMW. Mercedes C250 coupe and Cadillac CTS coupe are likely to compete with the 4-series coupe in the market. However, with the sheer driving pleasure and sportier dynamics as the prominent USPs, this can be a real success if BMW’s pricing do not spoil the party.