It’s been almost 2 years since we bought our R15 v2 and it has covered 8095 KMs so far. So it’s time for a long term user review of the bike.

It’s been close to 2 years and me and my brother are still in love with this bike and the love grows as the time flows. The engine is just excellent and the gear shifts till today are butter smooth. The 17 ps power output and the high end torque just makes the drive so much fun and it looks like as if the bike is begging me to rev it hard.

Once you start revving, it won’t let you feel as if it is running out of power. Instead it will tell you to keep on going. I have once touched the ODO at 148 km/hr but had to cut down as there was kinda jam ahead. This was on an empty stretch on NH 24 but usually I drive the bike around 40-50-60 in city and drove it on highway only twice or thrice if i remember correctly.

My brother though drives it everywhere and at all speeds but not more than 100-110 on the highways. Suspension is bit on the stiffer side so yes does not take potholes that well but again it’s not bad.

Handling has been the USP of the R15 v2 and the braking is good as well hence the combination gives an immense cornering ability to the bike. The fatter tire, longer wheelbase and light weight handles are the reason this bike has such great handling and super great cornering abilities.

Talking about looks I think enough has been said and discussed and since it’s a subjective matter I won’t spend much time on it. But yes even today it has the ability to turn heads and personally I feel it has the best look in the said segment. Whatever it maybe the instrument cluster, side profile, front, back, split seat’s. It’s just a full fledged package.

Talking about niggles, so far nothing. And the FE during the city drives jumps between 35-40 kmpl and on highways between 40-47 kmpl.

LIKES:
- Looks
- Handling/Stability
- Top end torque is just too much fun
- Sporty riding position
- No vibrations at all speeds
- Personally I feel it is a maintenance free bike
- Fatter rear tire
- Good braking

DISLIKES:
- At this price ABS should have been included
- Pillion comfort
- Headlamps not that effective – So I upgraded to HID’s
- Storage space is very less.

MODS: So far I have added nothing much to the bike. It was in stock condition until last week. The only thing I changed is the lights for the headlamps. I upgraded them to HID’s and parking lights to LED’s so that all the lights match. And after upgrading to HID the light throw has become great. 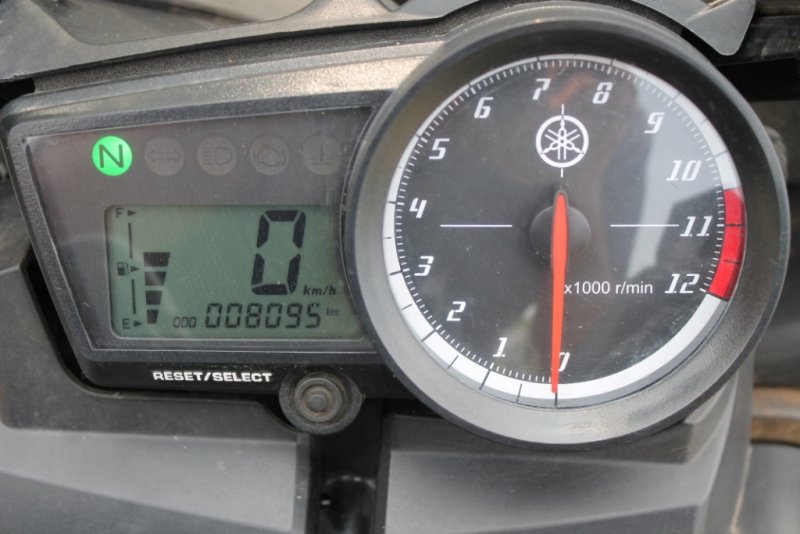 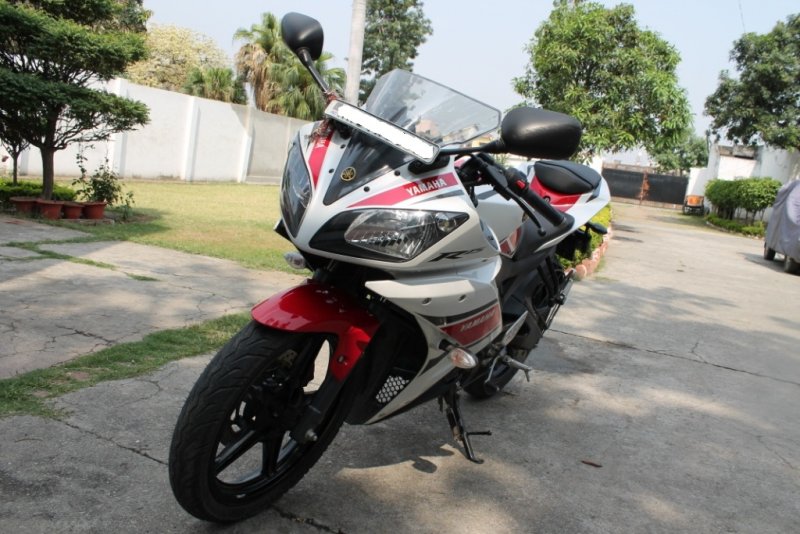 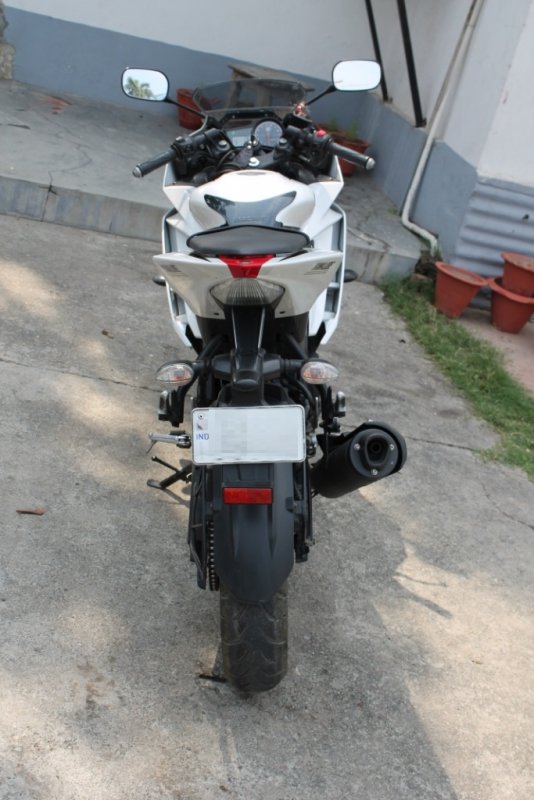 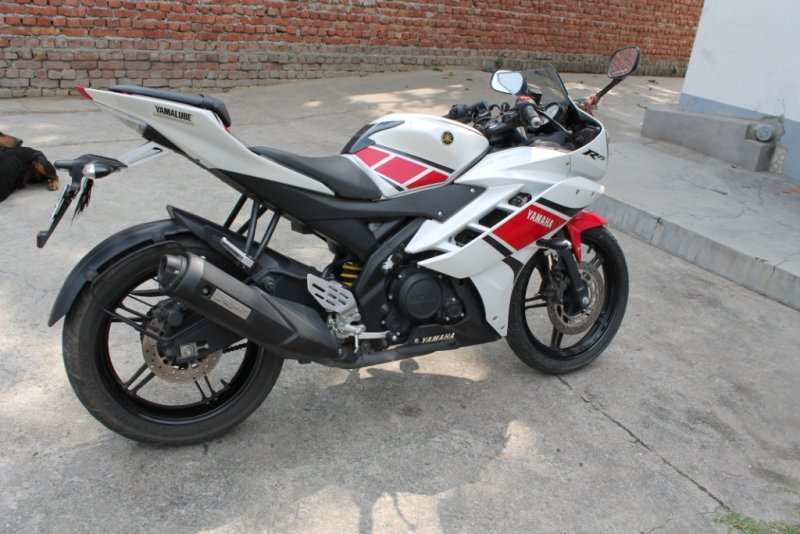 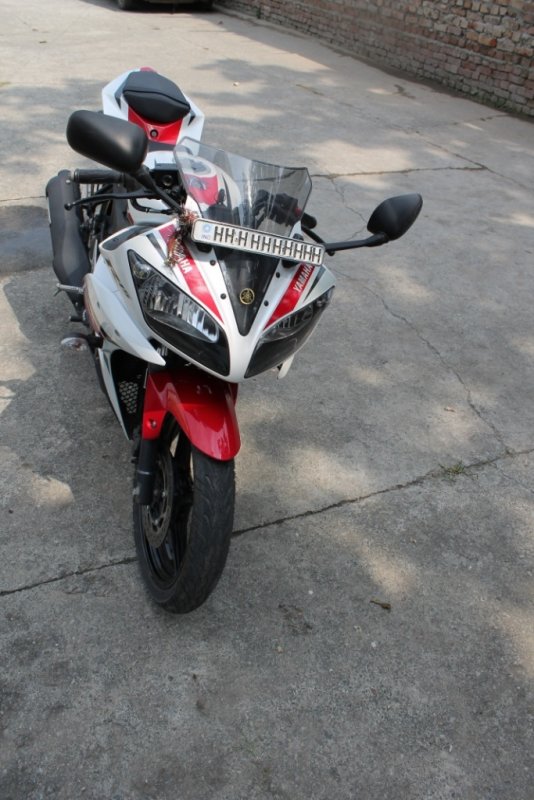 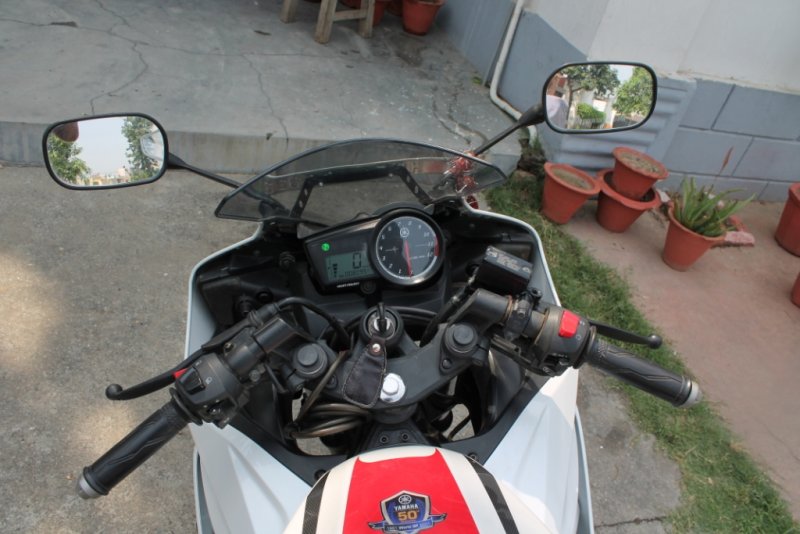 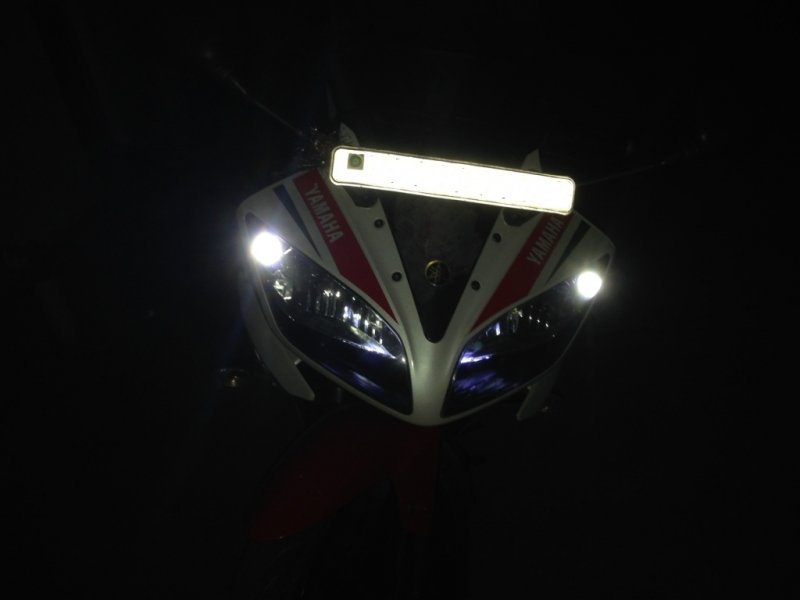 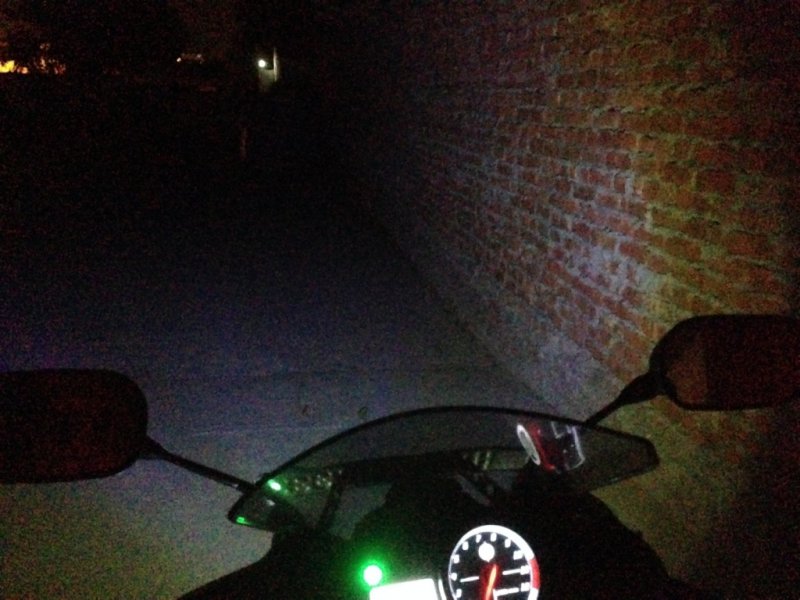 Hi singh890, really liked your review of the bike in the 1st coupla pages. I too am planning to get a R15 v2 by the end of this month. Can you please suggest if the pillion seat can be modified into a little more comfy seat? If yes, where can I get it done?
I think I read a post from someone who stays or used to stay in Bangalore. Hope that person sees the thread and replies.
S

Hey bro! Am new here in the forum!
So first of all a big HELLO to everybody out there...
And congo for your sunset red R15 bro! It really has razor sharp looks and hope it's doing well!
I've been one of the biggest fans of R15 since when I rode it at my last school days. ❤️
But to be frank, I've been asking everybody that what's there in that bike for 1.35L and that too it's just an 150cc bike!
But I really realised everything when I first rode it! Am serious now! Damn what a bike it is! It looks so sexy and hot! Can't stop myself from being falling in love with it! It's really really stunning like hell! I've been wanting it since I rode it!
Right now I've stepped on to next step in my life i.e college!
Every guy wonders to have a bike in this stage and obviously I too did the same! The moment I rode the R15, I decided that it's the bike for me and I'm much stronger in my decision!
But when I ask for this beauty to my parents, they are asking me to look a bike for cheaper price and they're getting really scared by its look that I may ride it very fast! But I really want this bike and guys, please do suggest me some good points to get this bike and to convince my parents about this machine!
You must log in or register to reply here.