Yamaha is all set to redefine the sport by allowing more participants for the ‘Yamaha R15 One Make Race Championship 2010′ to be held at Madras Motor Sports Club, Chennai. The forthcoming season which starts on 5th June, 2010, Yamaha has made this an open championship, in which first time racers as well as non-Yamaha owners can participate.

The Yamaha YZF R15s that would be used for the race would be provided by Yamaha India to selected entries and would come with Daytona Racing Kits which includes an racing ECU, high-lift camshaft, wave (petal) brake discs, aluminum rear sprocket, racing throttle and a light muffler assembly. The Daytona Kit (except for the racing ECU) can be installed for road going Yamaha R15s also. There are two categories for this season, ‘Novice’ and ‘Expert’. First time racers can participate only in the ‘Novice’ category and should have a valid driving license and FMSCI’s (Federation for Motor Sports Club of India) competition license. The competition’s license can be applied for at FMSCI’s official website. The Racing Gear should also be arranged by the participants themselves. The maximum number entries are limited to 100. Race enthusiasts can register for this event soon at Yamaha Racing’s website - ::YOMR::

(All races would be held at MMSC, Chennai) 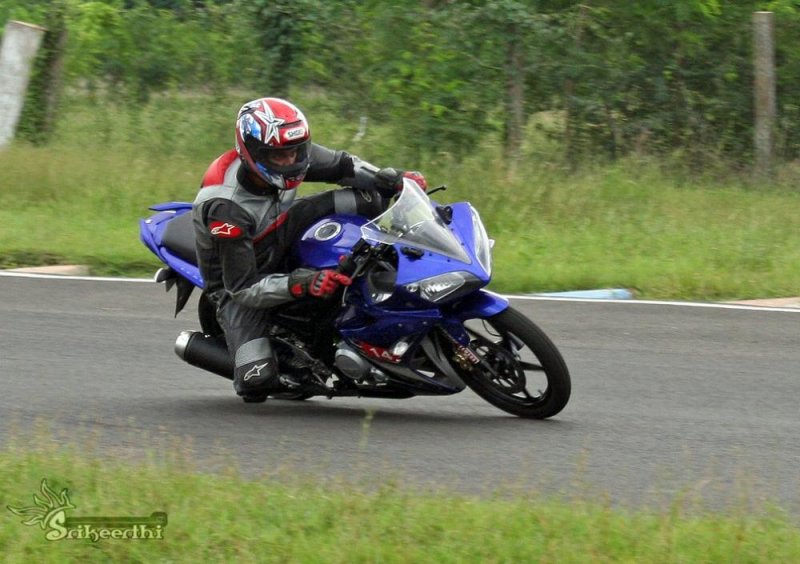 Yes. Saw this news sometime back.

I am ready for the race, who is going to beat me

Looks great but i prefer car racing more than bike!

Who are those selected entries who would be provided with those modified R15's?

Sure Dhaya, We will Race once day when my Lambo comes town :)


These guys should be the professional racers under 18 who race in coimbatore & chennai.
You must log in or register to reply here.