Would You Prefer To Drink, Oops! Drive a Red Bull Manufactured Car?

When I say Red Bull what does immediately strikes into your brain? For most of us, it sure has to be the Energy Drink otherwise the Formula-1 racing team but what if I say you could soon be driving a Red Bull manufactured car? Sounds odd, but the truth. Read on.

Formula 1 team Red Bull Racing wants to be recognised as a serious engineering firm away from the racetrack, and will use its recent tie-up with Infiniti to move into road car development. RBR boss Christian Horner told Autocar he wants to “use Red Bull’s expertise outside F1”. Horner said, “Red Bull used to be known only as an energy drink company, but now it is recognised as an engineering team. It’s a natural evolution for us to get involved in road car engineering.”

Chief among the Infiniti/RBR plans is a co-developed sports model in the mould of the Renault Clio Williams, although Nissan’s luxury arm has not yet disclosed which car will receive this treatment. Infiniti insiders are already suggesting brand awareness is rising because of the F1 tie-up, which has been aided by hiring RBR driver Sebastian Vettel as a company ambassador. Infiniti’s European plans away from its RBR alliance include two new model lines, four-cylinder engine options and more hybrid cars. The new models include a crossover in the Ford Focus class inspired by Infiniti’s Etherea concept and a Nissan Leaf-based electric car with a greater range and improved performance.

The Renault-Nissan union with Daimler will yield Infiniti four-cylinder petrol and diesel engines, while the brand will also extend its hybrid offerings, some developed in-house, others with Mercedes-Benz. (Source: Autocar India)
Click to expand...
Drive Safe,
350Z

great news but they will be labelled Infinity only..right??
D

dodge_v1per said:
great news but they will be labelled Infinity only..right??
Click to expand...
I think it will take a few more years till people can digest the idea of having Red Bull written all over their cars without thinking of driving a rep's car.

Click to expand...
bwahahahah seen one of those with a blonde behind the wheel, just so dumb :P

well red bull guys should open sub company with new name..or else in starting it will be very different feeling for people to drive car of energy drink company!!

It is a great news but I do not think we at this stage are ready for such thing. It is like Tattooing, once you have it you cannot get rid of it. (Ofcourse you can but again you have to pay some price for that.)

Click to expand...
We have the Maruti Swift for this purpose over here. 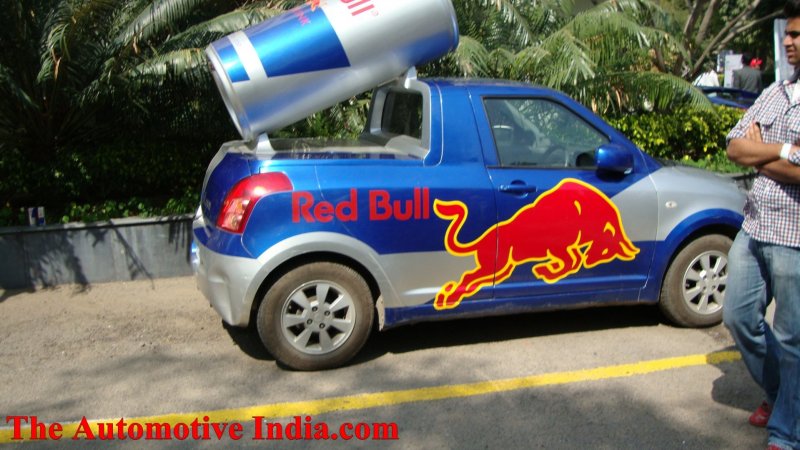