During my recent visit to Chandigarh (http://www.theautomotiveindia.com/f...og-trip-beautiful-city-called-chandigarh.html), I was in driven in a Maruti Gypsy for a day and feeling to ride in this car after a real long time was incredible. It was neither too huge nor too small but seems to be a perfect car for city as well as off-road adventures. Now, I really dream owning this some day + add modifications.

However, it is too unfortunate to see no signs of Gypsy around nowadays, Also no information whether it has even received BS-4 treatment yet or not, leave the hopes of Diesel engine alone. The question is, whether Maruti Suzuki really interested in Gypsy anymore or it will be soon dug-in and become a history? And I feel we really need some budget off-road car which can actually compete with Gypsy. Link to MSIL's Gypsy official website: Maruti Gypsy: Built to take on any terrain in any condition 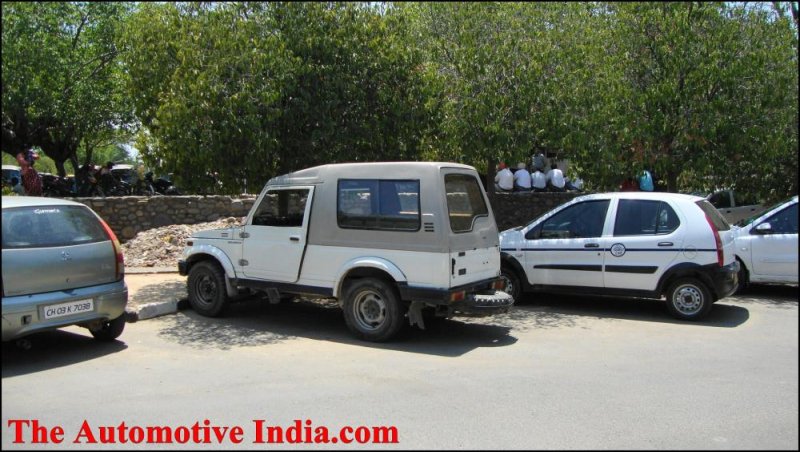 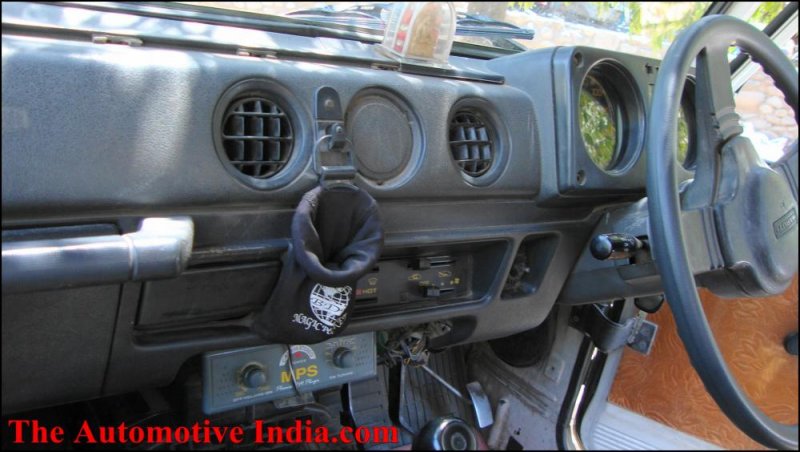 Well Gypsy are still in great demand in the Indian Military. You get new ones on special order. There is only one engine option available and that is the 1.3 mpfi .

Thank god they cant plonk in a K series IV complaint tiny 1.2l engine to this one

The Gypsy King is pretty much on sale. You get it only on a order. And I presume, the Esteem 1.3 is the heart here. The King really doesn't care for the environment as Neil said.

The Gypsy has been serving the Indian army for decades now. Army Gypsys are usually auctioned. You might want to keep your eyes and years open for that. The Gypsy sells for cheap, the re-build costs a bomb.

There was a news some times back about MSIL to launch Jimny instead of Gypsy. Also there was a news that They are going fit the diesel plant into that. But not heard anything officially.

Yes the Gypsy is on sale and it takes around more than a couple of months to get it delivered after the order is placed, I remember reading this somewhere in an auto-magazine. This car was earlier used by cops in Delhi but now you can spot it only for Army officials and for the Safari purposes like in Jim Corbett, other than this, I can barely see some individual ordering one. As for the Jimny, I don’t feel it can compensate in place of Gypsy because a Gypsy is a Gypsy. Below are the specs for those who might be interested:

Well BS iV is out there in market, if anyone is interested. The engine remains same, with some modification to exhaust manifold the emission norms have been met. Though this has resulted in loss of few BHP :(
A

I would have probably convinced my mom to buy one if it had a Power Steering and an Aircon.

Rhandle said:
Well BS iV is out there in market, if anyone is interested. The engine remains same, with some modification to exhaust manifold the emission norms have been met. Though this has resulted in loss of few BHP :(
Click to expand...
So this is the only car left with the 1.3L engine.

AMG said:
I would have probably convinced my mom to buy one if it had a Power Steering and an Aircon.
Click to expand...
Some people retro-fit power steering units on the Gypsy,but not always that successful. Then there are people like John Abraham who use their Gypsy with even fatter tyres for using it as a fore arm muscle toner.

He said this in an interview.
I really love the Gypsy,but never owned one personally.
It will remain a classic even if it goes out of production.

We had one dark blue hard top Gypsy back in Chennai, from the office, for a short period until we got a sumo. It was pretty good-looking and comfy. The rear seats were at an elevated level, and we would feel on the top of the road.

There is a Gypsy in everyone.
Maruti Suzuki Gypsy History.

MG410
It is manufactured in India by Maruti Suzuki. It was introduced in the Indian market in December 1985 with the 970 cc F10A Suzuki engine and while sales were never very high it became very popular with law enforcement. It was codenamed MG410, which stood for "Maruti Gypsy 4 cylinder 1.0 litre engine". Initially, it was only available as a soft-top; but a bolt on hardtop was later introduced to the public after the aftermarket hardtops became popular. It instantly replaced Premier Padmini as the quintessential Indian rally car due to its performance, reliability, tunability and the go-anywhere capability. The carburetted F10A engine made 45 bhp (34 kW; 46 PS) and was mated to a 4 speed gearbox. The 4WD transfer case had 2 speeds. It had a freewheeling mechanism on the front axles made by Aisin to unlock the front axles from the hub when 4WD is not used; It reduced rolling resistance, thereby improving fuel efficiency. However, many owners of the Gypsy who constantly complained about the poor fuel consumption never knew about this novel feature.

The two major complaints of the vehicle in the civilian market were poor fuel consumption and poor ride quality especially in the rear seats. The suspension was indeed harsh with live axles and leaf springs all around. It features almost no creature comforts, like power-windows and power-assisted steering.

MG410W
In July 1993, Maruti introduced the "widetrack Gypsy" codenamed MG410W replacing the MG410. Both front and rear track of the wheels are increased by 90mm (from 1,210 mm (47.6 in) to 1,300 mm (51.2 in) for front wheels and from 1,220 mm (48.0 in) to 1,310 mm (51.6 in) for rear wheels) and these Gypsys are instantly recognizable by the pronounced painted fender flares. This is to mitigate an international allegation that Suzuki SUVs are very susceptible to rollover. Maruti eliminated the Aisin freewheeling hub on this model since it was sparingly used by MG410 owners. In April 1995, a catalytic converter was fitted to the Gypsys sold in the metro cities to comply with newly introduced emission standards.

MG413W/Gypsy King
In June 1996, Maruti added the engine from the Esteem. The new engine was the all aluminium 8-valve G13BA engine displacing 1.3L and made a respectable 65 bhp (48 kW; 66 PS). This engine was carburetted unlike the US market G13BA engine. It was mated to a new 5-speed gearbox. It was codenamed MG413W and called the Gypsy King. The F10A-engined regular Gypsy continued in production until 2000 at least. The visual differences of the Gypsy King compared to the MG410W are the pronounced bulge on the hood and a completely different grille design with horizontal slats à la the 1.3L Suzuki Jimny/Samurai JA51.[3] Front seats received head restraints and fabric upholstery. In March 2000, Maruti introduced the 16-Valve MPFI G13BB engine and power was increased to 80 bhp (60 kW; 81 PS). The MPFI Gypsy King received a brake booster as well.

Hello fermov, It seems that you too own a Gypsy. Would love to hear the experiences from your end.

Read this thread for the first time now!

Interesting thread with lot of info on the Gypsy!

Thanks Vibhor & feromv for sharing!

350Z said:
Hello fermov, It seems that you too own a Gypsy. Would love to hear the experiences from your end.

Drive Safe,
350Z
Click to expand...
ya we have a gypsy but it is recently bought.
it is an 86 model gypsy.Body needs lots of work
but engine and chassis is in very good shape.

feromv said:
ya we have a gypsy but it is recently bought.
it is an 86 model gypsy.Body needs lots of work
but engine and chassis is in very good shape.
Click to expand...
feromv, do start a restoration thread for the Gypsy and share with us your experience on the beauty's restoration!
You must log in or register to reply here.