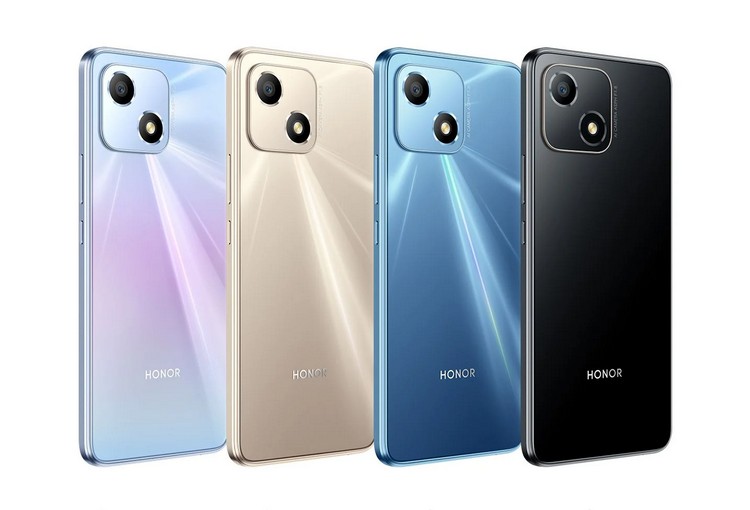 The Honor Play 30 5G houses a 6.5-inch LCD display that offers an HD+ resolution, a 20:9 aspect ratio, and a 269ppi pixel density. The display notch serves as a home for its 5-emgapixel selfie camera. The rear shell of the device has a square-shaped camera module, which comprises a 13-megapixel camera and an LED flash in a diagonal design.

The Snapdragon 480 Plus 5G chipset powers the Honor Play 30 5G. The device comes with 4 GB / 8 GB of LPDDR4x RAM and 128 GB of built-in storage. For more storage, it is equipped with a microSD card slot.

The phone is currently listed for pre-reservations in China. But the price has not been revealed yet.
///
Click to expand... 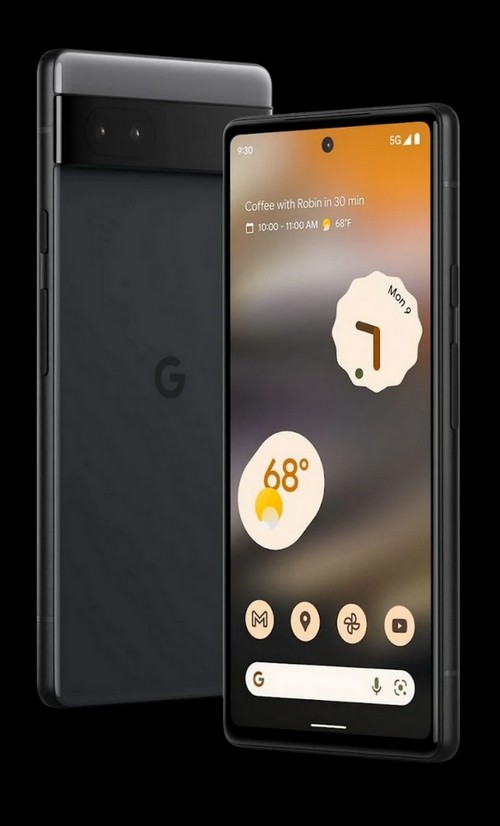 Google Pixel 6a sports a compact 6.1-inch FHD+ OLED display with a 60Hz refresh rate, 20:9 Aspect Ratio, Gorilla Glass 3 protection, and an in-display fingerprint scanner. It is powered by the same in-house Tensor processor as Pixel 6 series. In addition, it is paired with 6GB LPDDR5 RAM and 128GB of UFS 3.1 storage. 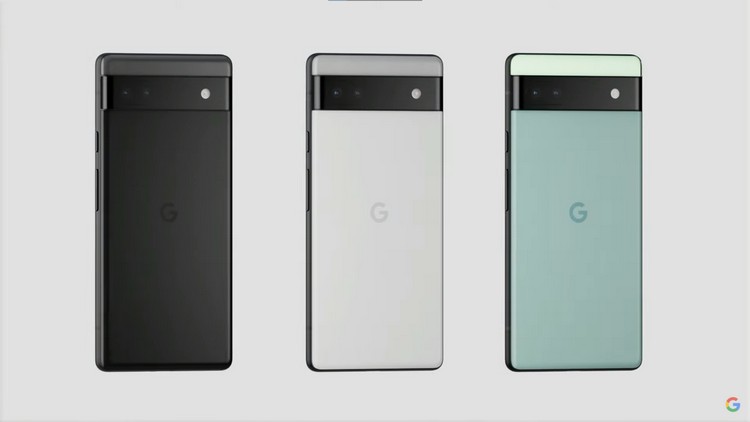 The Pixel 6a comes powered by Google’s in-house Tensor chipset with AI-powered features. Google has paired this chip with 6GB of LPDDR5 RAM and 128GB of UFS 3.1 storage of internal storage. The device also comes with the Titan M2 security chip.

The Pixel 6a offers a 4,410mAh battery with fast charging support. It runs on Android 12 out of the box. Connectivity options include 5G, 4G LTE, Wi-Fi 6E, Bluetooth 5.2, and a USB Type-C port.

The Pixel 6a will be available in three colours: Chalk, Charcoal, and Sage. It is priced at $449 (approx Rs 34,800) and will go on sale online on July 21 and will be in stores on July 28. The phone will be available in Australia, Canada, France, Germany, Ireland, Italy, Japan, Puerto Rico, Singapore, Spain, Taiwan, United Kingdom, and the United States. ///
Click to expand... 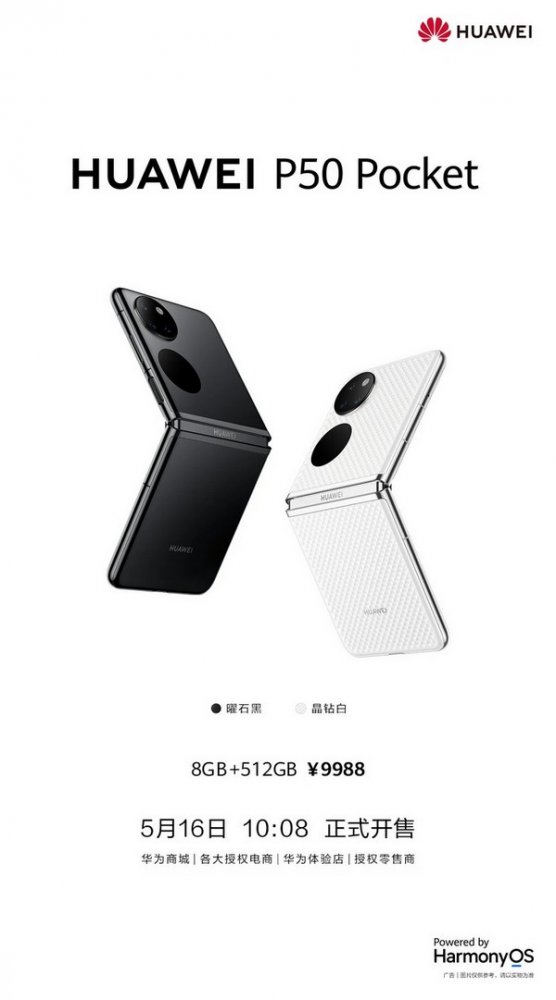 The Huawei P50 Pocket houses a 6.9-inch foldable OLED display with a punch-hole design. The screen produces a 2790 x 1188 pixels resolution, a 120Hz refresh rate, and a 21:9 aspect ratio. The device comes preinstalled with Harmony OS 2. 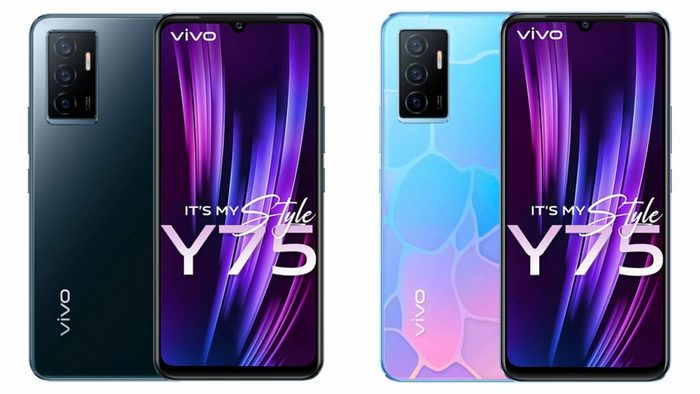 Vivo Y75 comes powered with MediaTek Helio G96 processor. It runs on Funtouch OS 12, based on Android 11 and extended RAM of up to 4 GB. 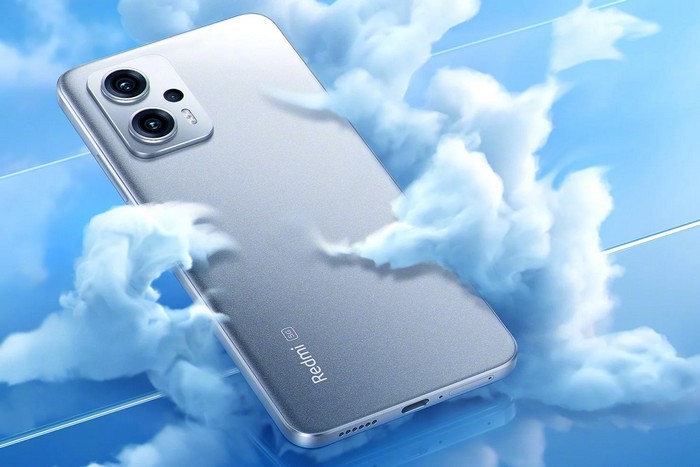 Th3 Note 11T Pro and Note 11T Pro+ features the same design. On the rear, both handsets carry a rectangular camera module on the top left corner of the rear panel that houses three image sensors. Redmi has also placed a focus on cooling with the Note 11T series since they pack a powerful chipset. Thus, it houses VC liquid cooling technology to help keep thermals in check during intensive tasks like gaming. Apart from this, the brand even showed a video of the Note 11T Pro series undergoing various physical stress tests. This included drop tests, scratch tests, bend tests, and much more.

A 4,400mAh battery pack powers the device, which supports a whopping 120W fast charging thanks to its Surge P1 chip. With just 19 minutes of charging, the handset can be charged from 0 to 100 percent. Other features include Dolby Atmos and Hi Res Audio certification for its stereo speakers, Bluetooth 5.3, 3.5mm headphone jack, infrared sensors, WiFi 6, and even NFC 3.0 support. 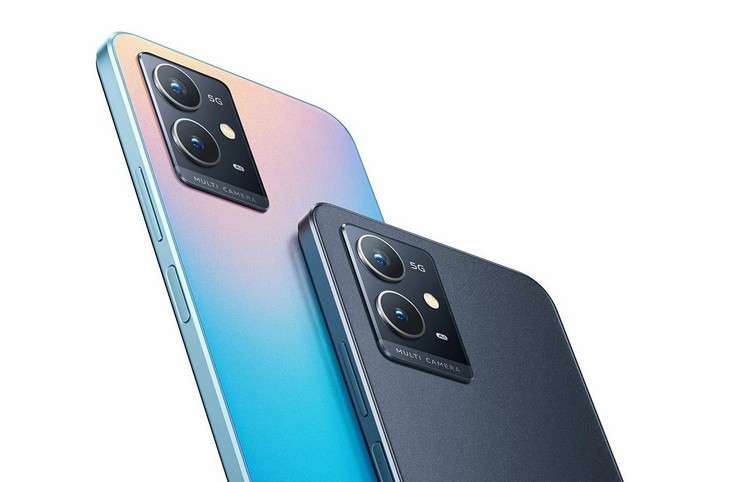 The Dimensity 700 chipset is present under the hood of the device. It has 4 GB of RAM and 128 GB of internal storage. For more storage, it is equipped with a microSD card slot. It packs a 5,000mAh battery that supports 10W charging. It offers other features, such as a side-mounted fingerprint scanner, dual SIM support, Wi-Fi 802.11ac, Bluetooth 5.1, GPS, a USB-C port, and a 3.5mm audio jack. 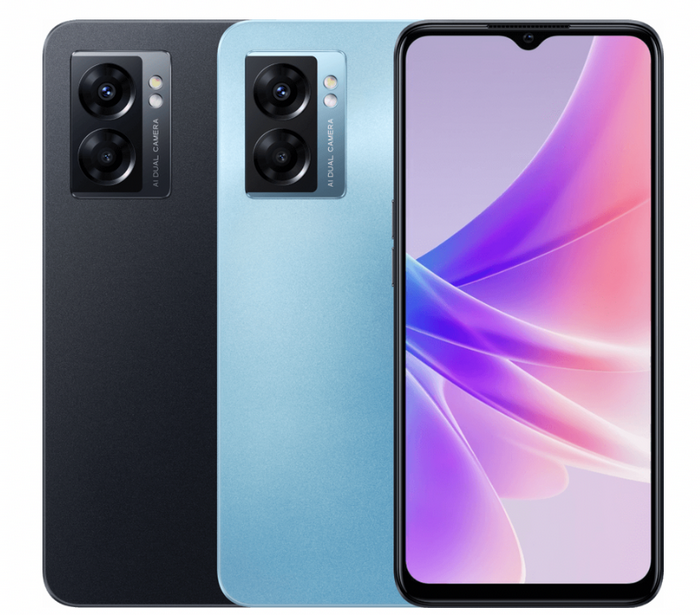 The Oppo A77 5G sports a 6.5-inch HD+ LCD display with a 90Hz refresh rate, 100% DCI-P3 color gamut, and a pixel density of 269ppi. Further, it is powered by the MediaTek Dimensity 810 SoC with 6GB of LPDDR4x RAM and 128GB of UFS 2.2 internal storage. In addition, it supports a microSD card for storage expansion.

Oppo A77 5G is backed by a 5,000mAh battery that supports 33W fast charging. In addition, the phone will run on Android 12 out of the box based on ColorOS 12.1. For security, it comes with a side-mounted fingerprint scanner. Connectivity options include dual SIM support, 5G, Wi-Fi 5.8, NFC, Bluetooth 5.3, USB-C and GPS. You also get a 3.5mm headphone jack. 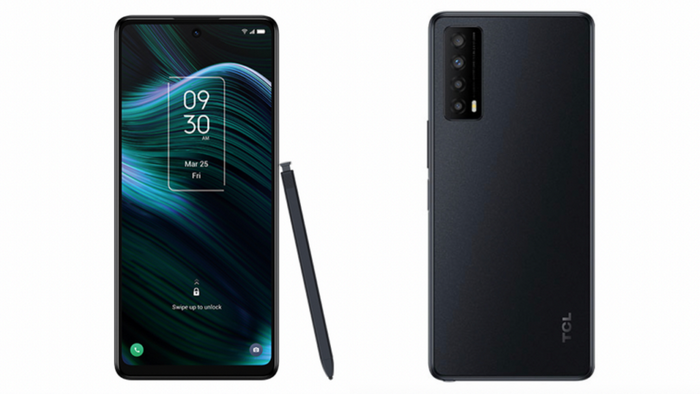 TC Stylus 5G packs a 4,000mAh battery with claimed runtime of up to 15.3 hours of normal usage. It also supports 18W fast charging. You get a side-mounted fingerprint sensor and face unlock technology for security. For connectivity, it includes Bluetooth 5.2, NFC, dual-band Wi-Fi, USB Type-C port, and a 3.5mm headset jack. 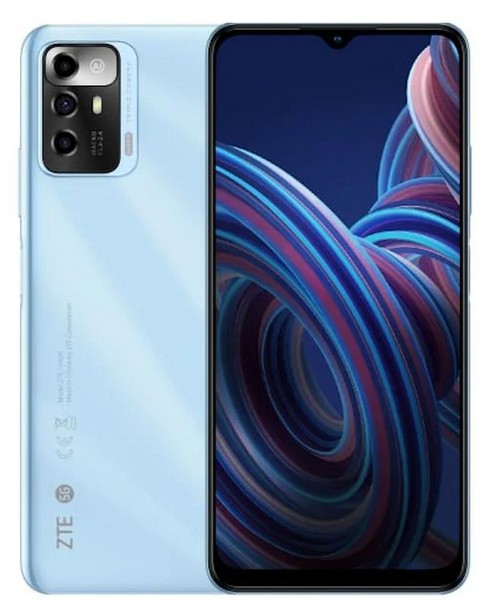 The Blade A72 4G has a 6.74-inch TFT display that produces an HD+ resolution, a 20:9 aspect ratio, and a 90Hz refresh rate. It is fitted with an 8-megapixel front-facing camera. The back panel of the device features a 13-megapixel (main) + 2-megapixel (macro) + 2-megapixel (depth) triple camera system.

The Blade A72 4G is powered by a modest Unisoc SC9863A chipset with 3 GB of RAM. The device offers 64 GB of internal storage and packs a 6,000mAh battery with 22.5W fast charging support. 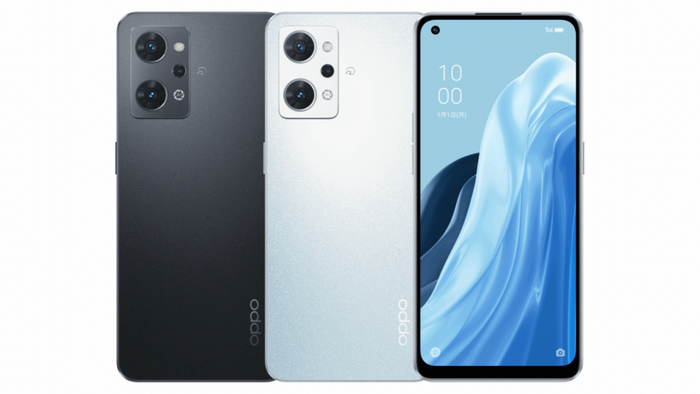 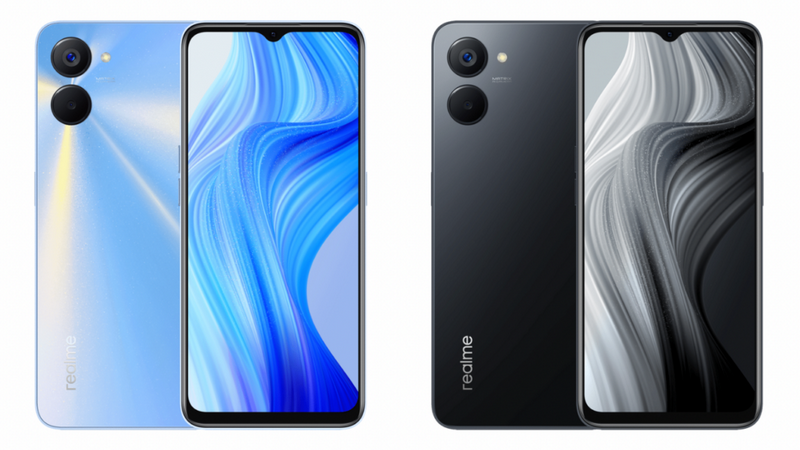 Realme Q5x sports a 6.5-inch FHD+ IPS LCD display with a 88.7% screen-to-body ratio, 400 nits of peak brightness and a teardrop notch for the selfie snapper. The handset is powered by the MediaTek Dimensity 700 chipset paired with 4GB RAM and 64GBZ storage that is further expandable via a microSD card. The phone runs on Android 12 with Realme UI 3.0 skin on top. It comes with a 5000mAh battery.

The Q5x has dual cameras on the back, including a 13MP primary sensor and a 0.3MP depth sensor. It has a 5MP camera on the front for selfies and video calls. The device has a side-mounted fingerprint sensor for security. It is priced at CNY 999 for the sole 4GB + 64GB variant.
/// 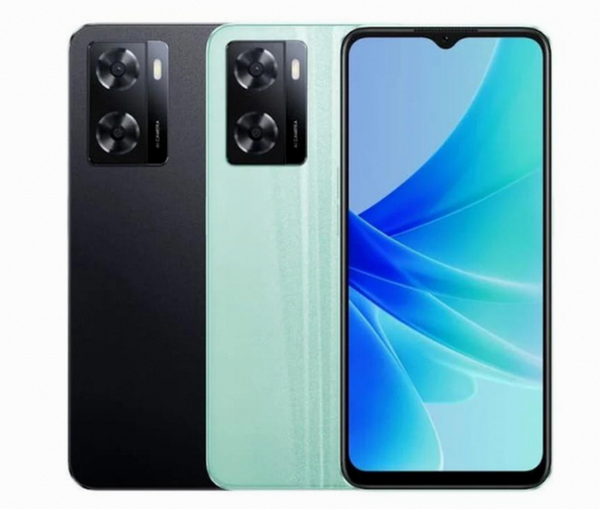 Oppo A57 comes with a 6.56-inch HD+ display with 1600 x 720 pixels resolution, 60 Hz refresh rate and peak brightness of 600 nits. The smartphone is powered by MediaTek Helio G35 chip. The phone comes with 4GB of RAM and 64GB of storage which can be expanded up to 1TB via a microSD card. 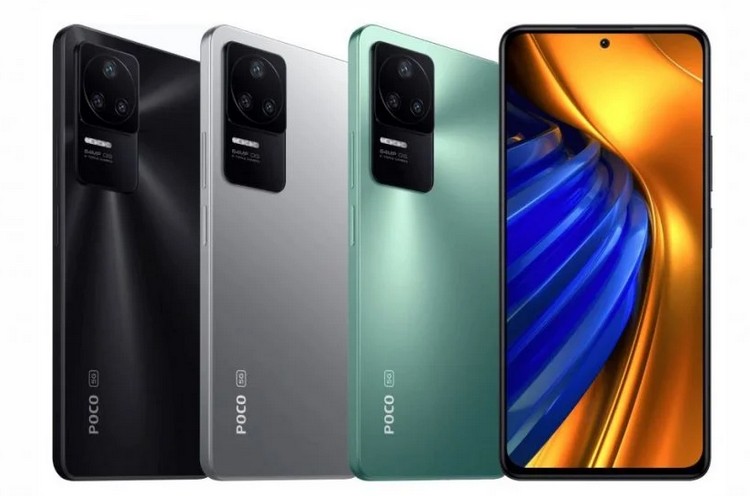 The POCO F4 5G sports a 6.67-inch centre-aligned punch-hole E4 AMOLED display. It bears an FHD+ resolution, a 120Hz refresh rate, 1,300 nits peak brightness, and support for HDR10+ and Dolby Vision. Design-wise, the smartphone features a gradient back panel housing a rectangular camera module. The power button doubles up as a fingerprint scanner and the device is IP53 certified water-resistant.

The phone houses a Snapdragon 870 processor. The chipset is coupled with up to 12GB LPDDR5 RAM and 256GB UFS 3.1 storage. For heat dissipation, there is a LiquidCool 2.0 technology comprising of a vapour chamber and a 7-layer graphite sheet. The POCO F4 5G draws its power from a 4,500mAh battery unit with support for 67W fast charging. Software-wise, it ships with MIUI 13 based on Android 12 out of the box. 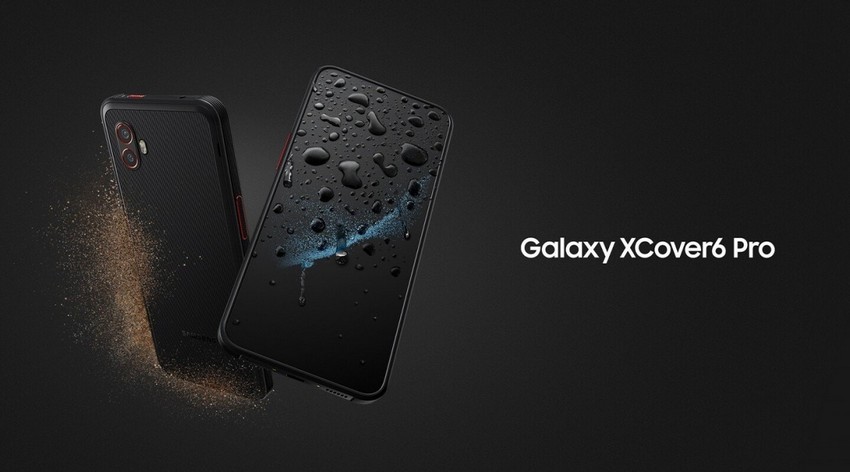 The Galaxy XCover6 Pro sports a 6.6-inch PLS LCD with FHD+ resolution, 120Hz display refresh rate, increased touch sensitivity, and Corning Gorilla Glass Victus+ protection. The smartphone is powered by the Snapdragon 778G processor which is paired with 128GB of storage and 6GB of RAM. The internal storage is expandable up to 1TB. 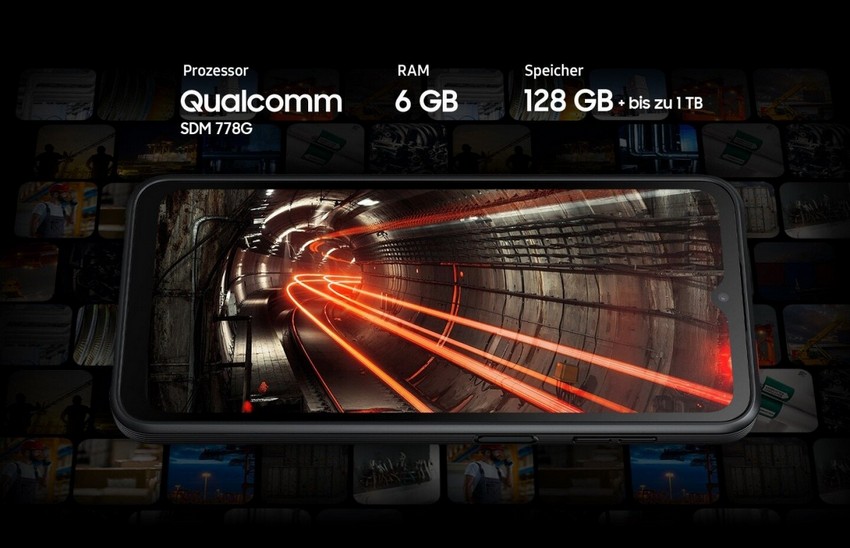 The smartphone is backed by a removable 4,050mAh battery which supports up to 15W charging. The XCover6 Pro further runs on Android 12-based OneUI. The device includes dual-SIM 5G, Wi-Fi 6, Bluetooth 5.2, NFC, 3.5mm headphone jack, USB-C port for charging, and GPS. The device is IP68 rated along with MIL-810H industrial standard certification.

Samsung has not shared any pricing details yet. The phone will be available from July in select markets across Europe, Asia and the Middle East.
///
Click to expand...
You must log in or register to reply here.