Since this is my 1000th post, I thought what better way to get to the professional tag than a car that truly threatens to end Suzuki's dominance over this segment and redefine the VW India brand.
This car may open UP! a new space for VW India and establish them among the volume players IF it is successful.

Sorry if I sound a VW fanboy or biased, but I am not.(I prefer the sister company, Skoda)

It is just that I hate Suzuki a little too much.


Here is what World Car Fans, who spied the car had to write.


Here are the latest set of spy shots of a Volkswagen Up! test mule - with the Up! chassis fitted to a shortened wheelbase Polo.

The Up! will be Volkswagen's new city/minicar and will come in a slew of variants including a 3-door hatch, a slightly longer 5-door hatch, and an all-electric version.

Looking good , but i don think the 3 door hatch will make its way here!

Yeah surely they will pose a threat for MSIL. And with their recent Vento pricing , i bet this will also be on par with the segment leaders.

Congrats on your 1000th post and becoming pro AMG! I guess UP! is still under testing and will take a while to come to India. But can create waves in Indian market for sure.

Speculations are there that Volkswagen will launch its cute small car, the VW Up!, in India at a price of around Rs 3 lakh in 2010-2011. The Volkswagen Up! was shown off for the first time at the 2007 Frankfurt Motor Show. The Up! had come to India during the 2008 Auto Expo.

According to the AutoCar story, Volkswagen expects to sell 1 lakh units of the Up! in India, positioning it against the A-Star and the Hyundai i10.
Click to expand...
It looks definitely a class above its competition, for sure. Check out the Volkswagen up! - Wikipedia, the free encyclopedia! entry.

But why is it badged as Polo at the rear? To create confusion?

I seriously expect this car now!

That was just a prototype.

This has actually been spied testing.

And it was ABSOLUTELY CERTAIN that the UP! will not look the same as the prototype.

Exactly after an year of creating this thread - we have the much awaited update. Volkswagen will premiere the Up! in 12 days. It is most likely expected to be placed below the Polo. You can check out the teaser website for more: up!

Video on YouTube - Volkswagen up! ad - "Something small is coming up!"

So the Up! is here. Volkswagen has readied another competitive hatchback which will soon come to India. The company will place it below the Polo and claims that it can seat four people in comfort. Volkswagen Up will be powered by a small three cylinder 1.0 litre unit that produces 59 HP to 74 HP for low and high end variants respectively. Following pictures are of the three door model which will be on sale in European countries. 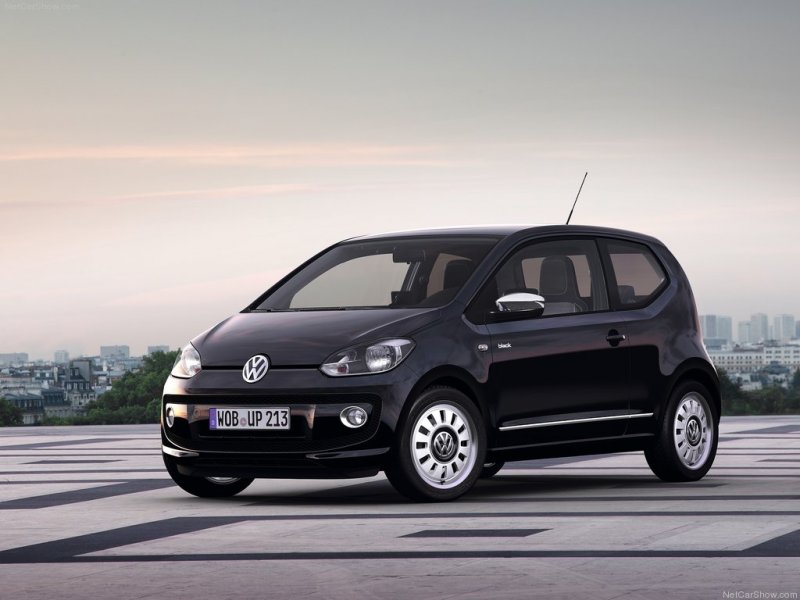 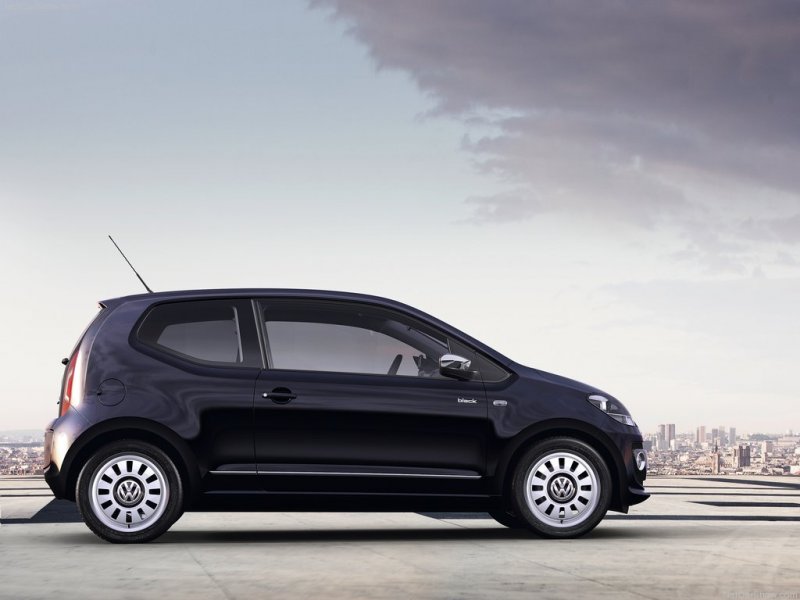 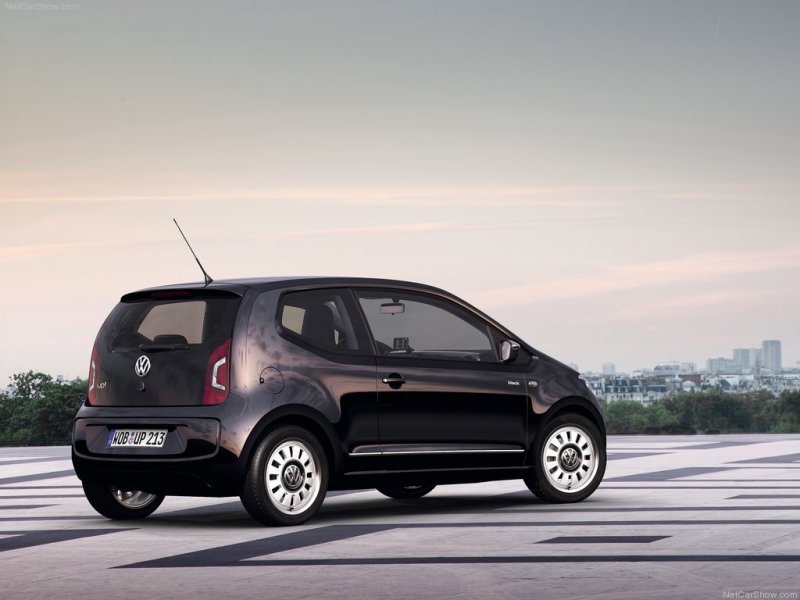 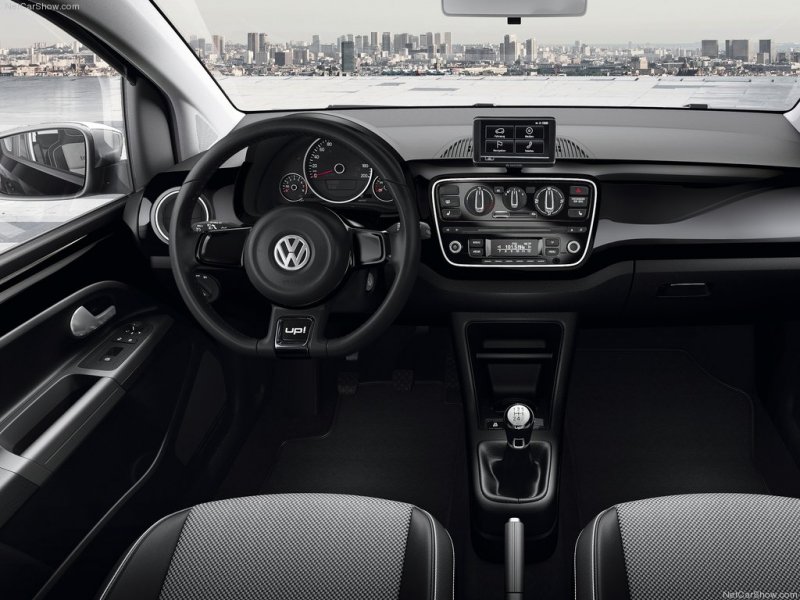 I am sure interiors will change when it comes to India, but car looks decent. Has the VW lineage from front but a little rounded up. Profile is good. If they are able to put good price points, it might a good bridge between moving on from likes of Wagon-Rs, A-stars to a premium brand at low cost.

olkswagen Up will be powered by a small three cylinder 1.0 litre unit that produces 59 HP to 74 HP for low and high end variants respectively
Click to expand...
Any chances of diesel ?

well, good looking car.if there is diesel heart also, it will sell in large numbers, if the price is right.

Well front looks nice but rear is not to my liking , good to see VW targeting the volume segment now!


But different engine outputs for different variants having the same engine? This is something new to me , i don't think any other manufacturer does this thing in India or correct me if i am wrong.

In India, a three-door (passenger doors and boot door) car is not the best bet to penetrate the market. Indians are likely to travel with family members or friends at the back seat. When we have elders sitting at the rear, it becomes very difficult for them to get in and step out.
It is for this reason India has seen very few three-door models. We also have the strange habit of appointing chauffeurs even if our car is an A segment hatchback. If a door is provided for the driver and the owner is asked to squeeze into the back seat, you will end up with an angry man who might not return to buy another Volkswagen.
Volkswagen is planning to introduce the sub-Polo Up hatchback in India next year. Last year around the same time, they said they were internally discussing the Up. Since their partnership with Suzuki has not made headway, they will not rely on Suzuki platforms to design India-specific cars.
The Volkswagen Up will be seen for the first time at the Frankfurt Motor Show and soon after it will be followed by SEAT and Skoda editions. VW has previewed the three-door Up through high resolution pictures and SRK got cracking to add two extra doors and show a RHD image.
The Up, as we have said in our prior updates, will fight it out against the Maruti Wagon R and Chevrolet Beat. Volkswagen’s two latest cars Passat and Jetta have not been launched with a petrol engine. The Up is in the nucleus of the automobile market but given the huge demand for diesel vehicles in most segments, a large share of the Up’s sales will come from diesel variants.
The Up is 3.54 meters (11.6 feet) long and 1.64 meters wide. It promises to be a safe, stylish and fuel efficient car for the masses. Will Volkswagen bring Up to the Auto Expo in New Delhi next year? (Source:Indianautosblog)

cooldhaya said:
Well front looks nice but rear is not to my liking , good to see VW targeting the volume segment now!


But different engine outputs for different variants having the same engine? This is something new to me , i don't think any other manufacturer does this thing in India or correct me if i am wrong.
Click to expand...
why not dude?? cant they tune it differently?/
You must log in or register to reply here.