Dezire said:
Vespa 946 to be launched in India by end of the year

The Vespa 946 scooter which was launched internationally earlier this year is India bound.

The 946 packs in modern elements without eschewing the retro scooter styling. The scooter looks classy and the attentional to detail is simply stunning!

Some of the striking features are the floating pillion seat and digital instrument console. The overall shape of the scooter remains true to the original design of the MP6 Vespa prototype. The name 946 comes from Vespa’s year of production commencement (1946).

The Vespa 946 is filled up to the brim with technology. The automatic scooter is powered by a 3V fuel injected 125cc single cylinder engine. And that is not all, the sexy scooter offers ABS, traction control, disc brakes at both front and rear and meaty tires.

The 946 has to be ordered online and one can chose to customize his/her scooter with various accessories. We also hear that Vespa can engrave the customer’s name, his birthday or the date of manufacturing on the scooter! Black and white will be the only color options.

The craftsmanship, technology and exclusivity doesn’t come cheap. The Vespa 946 is a collector’s item and maybe priced at over 2 lakh rupees in India!

Vespa 946 to be launched in India by end of the year
Click to expand...
Wow. Looks like vespa is taking its brand name in India to a whole new level. The scorer looks sexy & with all those safety features, its mouth watering but 2 lakh, seriously?
Vespa might need to offer a whole lot more to justify the price tag. Also the 125cc engine should be replaced by a more powerful version.

The Gorgeous Vespa 946 is Coming to India Soon

According to a report by Business Standard, European niche brand Piaggio is well on its way to create a very desirable segment in the Indian automotive landscape. After setting up a fledgling luxury scooter market with the Vespa LX125 and the recent Vespa VX, they are looking forward to enthrall the connoisseurs with another gorgeous beauty from their stable, the Vespa 946.
Click to expand...
Piaggio to launch Vespa 946 in India

The Vespa S 125 will be the third offering from the company after the Vespa LX 125 and its richer variant the VX 125. The Sport model shares almost every component with the Vespa LX and VX models.

The power is transferred via an automatic Continuous Variable Transmission (CVT). The Vespa Sport will be fitted with a front disc brake as standard and the front suspension coil spring will come in a red color.


To distinguish the Sport model, Piaggio has given the scooter a squarish design theme on the headlamps and the wing mirrors which have been finished in chrome. The horn cast has also been redesigned and looks much sharper than on the LX/VX models.

The alloy wheels on the Vespa S have been powder coated in black and are wrapped in tubeless tires. The rear proudly displays the Vespa S badge while the S125 and Vespa monograms are stuck on the left and right engine covers respectively.

Other than the visual differences, the Vespa S gets a new instrument cluster which sports an analogue speedometer, fuel gauge and a digital clock. While the Vespa LX /VX had a closed glove box, the S has two exposed slots on the front apron along with a hook for carrying bags. The company claims that the seat has also been improved for added comfort and gets contrasting white piping to enhance the looks.

The Vespa S will be available in four body colours including the new Orange and Matte Black shades along with the White and Red options.

The Vespa S is priced as follows:

Engine set up of the limited edition Vespa Esclusivois similar to the standard version Vespa VX . Under the hood the same 125 cc, one cylinder, air-cooled engine has been equipped. The engine is good for a maximum power output of 10 Bhp at 7500 RPM along with a top torque of 10.06 Nm at 6000 RPM. A CVT gearbox has been mated to the engine as offered on the regular VX version.
Click to expand...
D

All available shades of vespa s 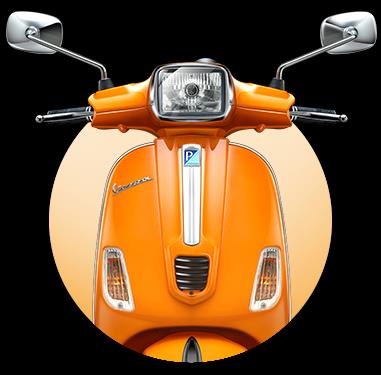 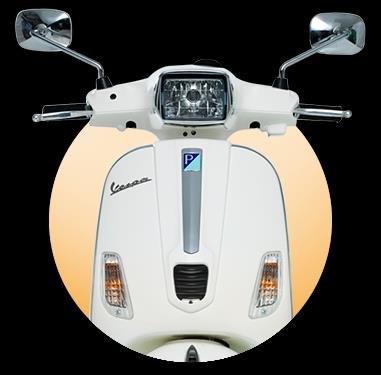 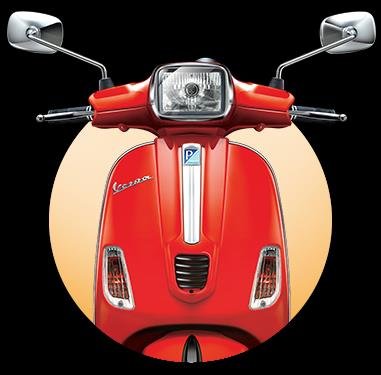 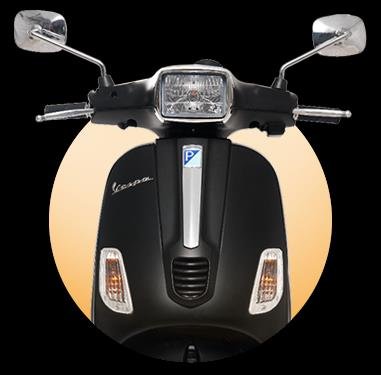