350Z said:
aha!
I just posted and got to know that car is launched!
Complete Details+ Pics coming in a minute!

@Shynish,
Car officially launched just now.
Here is the Fresh Press Release, Thanks to our friends at IAB who gave us this.

New Delhi, October 26, 2009: Maruti Suzuki, the largest car manufacturer in the country, today launched the new SX4 sedan with an engine powered by advanced VVT technology. The company has also introduced a 4-speed automatic transmission variant of the new SX4.

The environment friendly new SX4 is amongst the first A-3 segment sedans to be BSIV compliant in the country. BSIV regulations are scheduled to be introduced in the country in April 2010. The new SX4 comes with a brand-new sporty honeycomb grille and 10-spoke 16 inch alloy wheels and dual tones interiors and plush upholstery.

Announcing the new SX4, Mr. Mayank Pareek, Executive Officer (Marketing & Sales) said, “The new SX4 is set to raise its own benchmark in luxury segment, even further. The car’s distinctive stance and style profile is characteristic of today’s modern sedans. With a VVT engine, it is all set to send the adrenalin pumping while caring for the environment. The 4-speed automatic transmission addresses the needs of today’s cosmopolitan customers for convenience in the stop-start city traffic conditions. The new SX4 with a range of contemporary features is sure to win many a hearts.”

The VVT or Variable Valve Timing allows the timing of the intake valve to be changed while the engine is in operation, thereby ensuring that there is never a shortage or wastage of power. This leads to improved engine efficiency, optimized fuel consumption and lesser carbon emissions. With the advanced VVT technology, the car starts, accelerates and climbs steep slopes better. In essence, the technology is an intelligent system leading to a smoother, more luxurious drive and better mileage.

With a more efficient engine, the new SX4 has ARAI certified mileage of 15.6 km per litre of petrol. The superior technology engine helps the SX4’s four-valve, 1.6 litre engine produce a maximum power of 104.68ps @5600 rpm. The engine also has a high torque of 145Nm @4100 rpm.

The 4-speed automatic transmission makes the city drive much easier. A slick shift allows easy down-shift and effortless up-shift to ensure a smooth and sporty drive. The instrument cluster incorporates an electronic display to highlight the engaged gear.

A cluster of computer controlled sensors constantly manage the throttle input and optimize the engine response accordingly, thus requiring no changing of gears. The overdrive mode in the Automatic Transmission provides additional power on the tap, whenever needed.

When the SX4 sedan was launched in May 2007, Maruti Suzuki was the first automobile company to introduce class leading premium features such as air-bags, steering-mounted audio controls, auto climate control, glass antennae and many others in an A3 segment car for customer benefit. The tradition continues in the new SX4 with the company bringing in advanced VVT technology, which has so far been used only in the luxury SUV, Suzuki Grand Vitara.

The interiors have been stylized in new two-tone beige colours to define calmness and luxury within the vehicle. The steering mounted controls are illuminated for easier usage at night, while there is a new provision of USB connectivity on the dashboard.

The SX4 sedan is the tallest, widest car in its class. It also has the largest fuel tank capacity at 50 litres. It comes with the widest tyres and a boot space of 505 liters. The ground clearance of the new SX4 sedan is 190mm, the highest in the A3 segment.

The SX4 is being manufactured at the state-of-the-art manufacturing facility at Manesar.

Colours: The SX4 now comes in an array of seven vibrant metallic colours including 2 new ones:
* New colours

Okay! now I am getting these error messages if on an attempt to visit SX4 site: 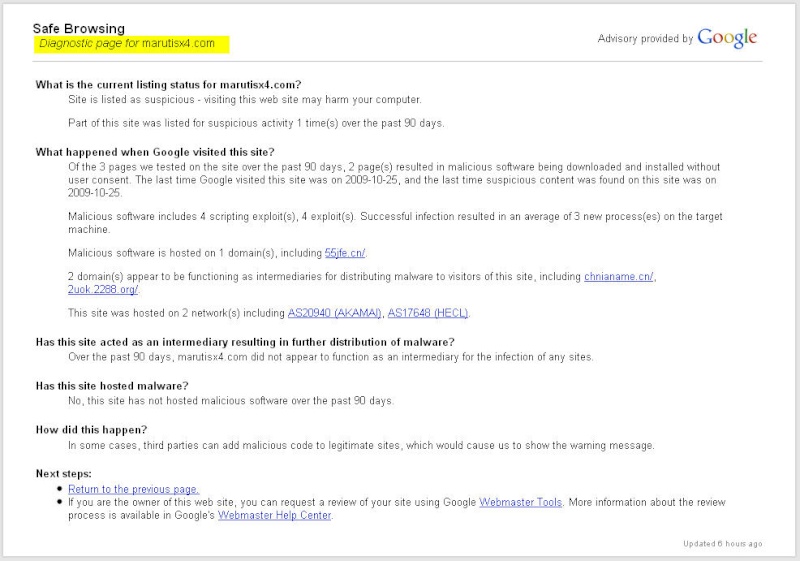 The car is looking HOT

I just loved those front bumpers.

@Shynish,
Yes the site is showing same warning to me too. Open it at your own risk. [suspect]

Yes, its looks macho and I loved that French Eclair color! Of course Black is too good!
MSIL has not changed the controversial A-pillar design. So let's wait and see how its going to do the market now.

Look wise, not much difference. Only front grill looks to be modified.
Automatic Transmission is a welcome step.

@ zinam i agree with u.auto transmission means a lot more money. mileage should improve to atleast 12

My likeness for the product has gone up. But i feel price is higher too. Let's see how's the quality of interiors, as that is a major for Indians to determine a vehicles quality and reliability.

Checked out the SX-4.

Recently had a chance to check out New SX4. It was a demo vehicle.
The Sales person right away started doing ga-ga about car and tried to over explain me about the car and features, "Sir New SX4 has all new looks with new grill, 10 Spoke Alloys, Beige Interiors, Wooden Finish etc.", While he was explaining the features and engine specs which was going in excess, I suddenly asked a typical Indian Question - Whats the mileage?

(I wanted to find how he tackles the negative points of car). His face went blank for a minute and replied saying "Sir it has improved a bit with the engine update", I smiled and asked to continue singing the positives of car.

Speaking about the SX4, As they say "Men Are Back", The car is only good for the men and not suggested for Driving Learning women, due tall stance and SUV'ish muscles of car.

The Interior room is well but however I felt short on legroom at rear.
From the front grill to behind the A/C Vents, Everything is honeycomb based design and feels nice. Beige interiors are much more better than the dark combination interiors which used come earlier and plastics of "so-called" wooden finish aren't up the mark. Didn't got enough of time to scream the car at its fullest but not to worry, Our Road Test Manager will be soon posting a highly detailed report.

It is just a minor upgrade.

We will be back with a bang very soon!!