Triumph, the over 100-year old bike company, is all set to ride into India [ Images ] this year. The Leicestershire-based company is currently looking for an Indian partner, who could handle the imports and distribution in the subcontinent. The company will increase the range of models after evaluating the response to the initial lot, which will be available in select outlets later this year. Peter Huckin, export sales co-coordinator, Triumph Motorcycles, said, "We are in talks with some of the Indian manufacturers, who have the expertise to market and sell Triumph bikes here. The talks should fructify before the year end."

The Triumph executive, however, declined to comment on the companies, which were in talks with it. Sources said Bajaj [ Images ] might be one of the companies the UK group is holding talks with. Representatives of Bajaj, which was reportedly negotiating with Triumph for an equity buyout, had visited the company's plants in the UK. However, according to Huckin, there were no talks of stake sale to the Indian company. The company currently has no plans to manufacture the cult bikes in the country and plans to bring the motorcycle as completely built unit. It believes that the market for high capacity bikes in India is very encouraging. Huckin said, "India is an emerging market with high aspirations. There sure lies a market for Triumph here."

Even as the company is charting out its India plans, it remains undecided about the number of bikes it will import every year. It will disclose the pricing details only when proper import duties are levied on the bike. The retail price of the cheapest Triumph bike is 5,000 pounds (approximately Rs 3.85 lakhs), while the most expensive one is available at 12,500 pounds (approximately Rs 9.62 lakhs). Triumph's debut in India follows similar interest shown by other two-wheeler biggies, including Yamaha, Honda, Kawasaki, Suzuki and Harley Davidson to name a few.

well this is great news!! triumph is legendery bike company..am sure they will give sleep less nights to other. and triuph for rs.3+ lakhs doesnt sounds bad!!

After mulling over its decision to enter the burgeoning Indian two-wheeler market for a considerable time, iconic British motorcycle manufacturer Triumph is finally on the verge of launching its comprehensive range of motorcycles in India. While finishing touches to the final game plan are still underway, the first Triumph motorcycles will shortly reach India as Completely Built Units (CBU). Expect the famous bike maker’s initial offerings to include their impressive 1,050cc, three-cylinder Tiger and Sprint models, the timeless twin-cylinder 865cc Bonneville, the massive 2,294cc Rocket III, 675cc Daytona sportsbike and the Speed Triple Street models. Source: Autocar India
R

They also have a diesel bike - Triumph Rocket 3. Will they bring that to India?
A

It is NOT a diesel bike.
A

With the Indian two-wheeler market undergoing its golden era currently, the new feather in the hat comes by the name of Triumph Motorcycles. Looks like plans have taken shape and Triumph will make the big announcement by next month. The bikes are most likely to be brought in as CBUs (Completely Built Units) and reportedly Triumph is in talks with a local manufacturer for support too. Triumph America, Speed Master, Speed Triple and Rocket III come across as the most likeable models to be brought to the Indian mainland. Company has not officially confirmed anything yet, but they haven't said 'no' either. Nevertheless, it's time to rejoice in the Indian market. - Bike India.

Triumph Motorcycles is now all set to enter in Indian. Gaadi.com reports that the company has appointed Eulogy as their official PR agency which will perform all the marketing activities including development and handling of strategic communications. This makes it quite certain that the launch is nearing.

‘India is the second largest two-wheeler market in the world and we see it as the next step in our global business model. It was thus imperative for us to have the right associates on-board. During the entire pitch process , we were very impressed with Eulogy’s approach , strategic thinking , innovative ideas and overall commitment to the brand. We look forward to a rewarding association with them.’ - Ashish Joshi, Managing Director (India) , Triumph Motorcycles
Click to expand...
‘Triumph Motorcycles is an iconic brand and i am delighted that they have chosen us as their PR partners. From the company’s rich heritage to exceptional design combined with outstanding engineering – the brand has provided a true riding experience to millions across the globe. With this in mind , our objective from the outset will be to establish Triumph as a leading brand in the market whilst , also establishing brand recall amongst target consumers.’ - Rohan Srinivasan , Director , Eulogy! India
Click to expand... 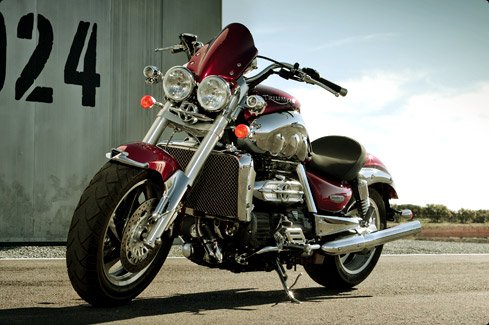 BTW I see the above bike everyday ! Its huge
R

Amazing!! this is great news!! they are legendery and India will wait for the new launches... 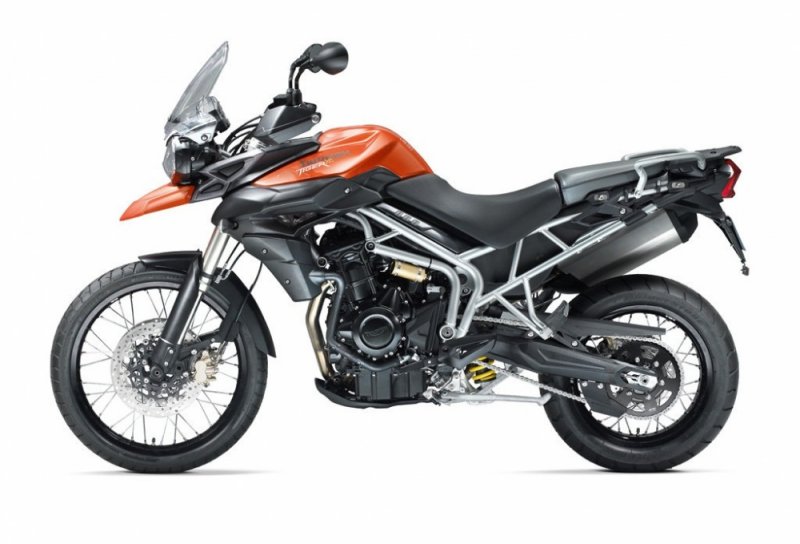 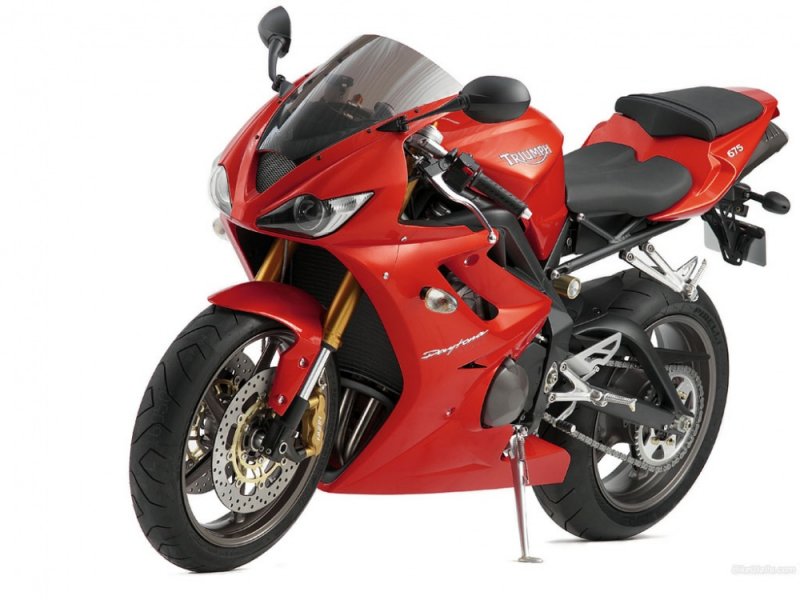 Triumph motors to set up a plant in kanataka

Source:
Triumph Motors to Set Up a Plant In Karnataka

The UK's Triumph Motorcycles could soon take on domestic biggies, Hero MotoCorp, Bajaj and TVS, in the mass market bike segment. The niche bike-maker is developing a new 125cc model for launch by end of next year in emerging markets, sources close to the development said. This will be a marked strategy shift for the company, whose current portfolio focuses on premium-end two-wheelers.

“Officials from Triumph had met component suppliers during a meet in 2011. They had talked about plans for a cheaper, 125cc model, which may be built in India by next year,” a person close to the development said. Triumph Motorcycles, however, did not respond to e-mail queries. At present, the smallest bike in its portfolio is the 675cc Daytona, going up to the 2,300cc Rocket III.
Click to expand...
Business Line : Companies News : Triumph targets Hero, Bajaj with 125cc model

Here are new details about Triumph’s Indian assembly plant at Narsapur, Karnataka | IndianCarsBikes.in
You must log in or register to reply here.