Now people ask me why I like the Honda Civic Type-R so much. I have only one answer. Experience it to believe it. I had experienced a Civic Type-R once as a passenger but the experience was just unbelievable. Also there are so many interesting points about this car that it just fascinates how Honda can develop such a beast from a day-to-day family car which is on sale in your nearest dealership. Also it had has such tremendous success in motorsports that it is never forgotten. I mean turn on your TV and watch any hatchback/saloon race in Japan and you guys will understand what I mean. Also many people cannot afford a BMW M5 or a Mercedes Benz E63 AMG mainly because they are too expensive. That's when the Honda Civic Type-R stands in. It has four seats just like the German cars, it is fast though not quite as fast as the Germans, and provide just about the same fun in driving it as the Germans. Also if you think power was an issue, there are crazy people in the world to have pumped up the engines of the Type-Rs. There are Civics with almost 850 BHP and 50 BHP. Now remember these Japs are lighter than the Germans so meaning the weight per tonne is much better than those of the Germans. Here is the pic of the Latest Version: 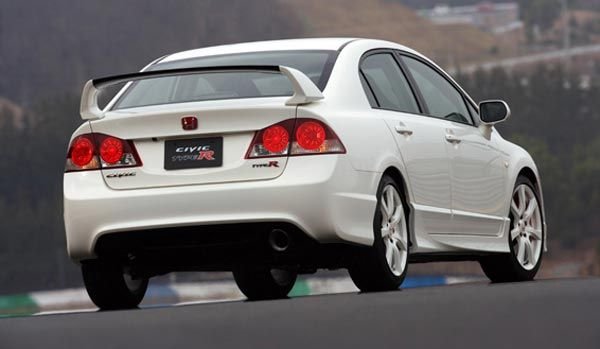 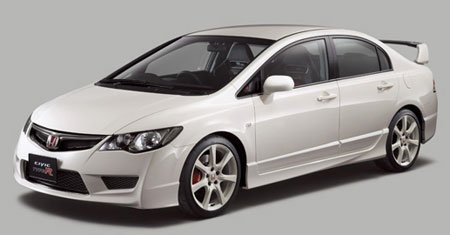 now one can surely notice the differences from the stock one and this. Take your pick!

It features a lightened and stiffened body, specially tuned engine and upgraded brakes and chassis. Red is also used in the interior to give it a special sporting distinction and to separate it from other Honda models. In Japan, a one-make series of Honda Type R cars where privateers can purchase an off-road Type R and compete in a series championship is a stepping stone for many aspiring racing drivers.
T

The first Civic to receive the 'Type R' name was based on the 6th generation 'EK' Civic. The contributing base model was the JDM Civic 3 door hatchback called SiR, code named EK4. Like its big brother the Integra Type R DC2, the Civic SiR's transformation into a Type R was achieved by working on the base model and improving it to Honda's idea of a car capable of high performance on the circuit. The EK9 Civic Type R was preceded by two previous generations of unofficial Type R's - the EF9 SiR and EG6 SiR.

The first Civic to officially receive the Type R badge was introduced in 1996 as the EK9. As a hatchback which continued the 'R' philosophy from the 2 previous SiRs, the EK9 shared many characteristics with the Integra Type R DC2 such as omission of sound deadening and other weight-reduction measures, a hand-ported B16B engine, front helical limited-slip differential and close ratio gearbox etc.. The B16B engine boasted one of the highest power output per litre of all time for an NA engine with 185 PS (136 kW; 182 hp) from a 1.6L. For the first time, a strategically seam welded monocoque chassis was used to improve chassis rigidity. The interior featured red Recaro seats, a titanium shift knob and a Momo steering wheel. In 1999 the Type Rx was introduced featuring a CD player, body colored retractable electric door mirrors, power windows, auto air conditioning, key-less entry unlock system, aluminum sports pedals, and a carbon type center panel. The SiR badge from the previous 2 generations was ceded to the EK4 Civic as a mainstream sedan and hatchback which was sold in huge numbers across the globe due to its relatively low cost, practicality and everyday usable street performance/drivability. 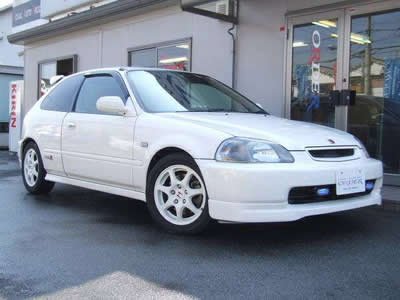 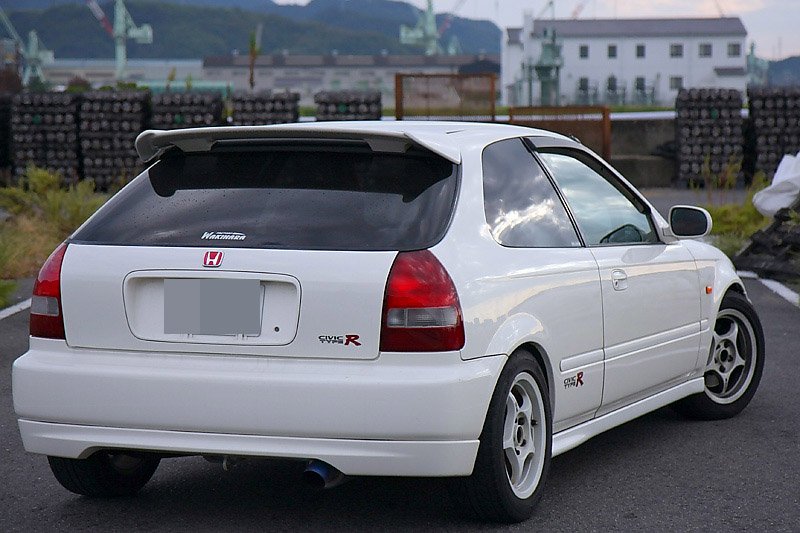 2nd generation (EP3 chassis)​
In 2001 Honda introduced the next generation of the Civic Type R (EP3) as a unique 3 door hatchback to the UK market, which was manufactured in Swindon, England. This EDM (European Domestic Market) Civic Type R featured a 200 PS (150 kW; 200 hp) 2.0L i-VTEC engine (K20A2) and the regular Type R treatment of seam welding, close ratio 6-speed transmission and uprated brakes, but did not include some of the other higher-end features, such as the helical LSD and red Recaro race-seats, that were standard in the previous generation EK9. However, Honda Japan still developed a JDM (Japanese domestic market) version of the EP3 (which was also manufactured in Swindon, but shipped to Japan for finishing touches), which retained the highly renowned helical LSD similar to that of the EK9 and red Recaro race-seats. Other differences included a more track-oriented chassis/undercarriage settings as compared to the EDM, as well as a 215 PS (158 kW; 212 hp) i-VTEC engine (K20A) with different intake manifold,exhaust,camshafts and ECU programming. The JDM EP3 was also available in the traditional Type R championship white while the EDM was not. The EDM has more relaxed gear ratios and some high rpm horse power traded for low rpm torque compared to the JDM .

The EDM EP3 Civic Type R was much acclaimed by motoring journalists across the UK, winning 'Hot Hatch of the Year' awards more than once from Top Gear, Fifth Gear and What Car?. The Civic Type R became a popular alternative for mainstream drivers clocking huge sales numbers. The 2001 release of this CTR (Civic Type R), as it is commonly referred to, also indicated Honda's return to Formula One after almost 10 years as an engine supplier to the Jordan and BAR teams - this eventually led to the full-fledged comeback as a dedicated F1 works team in 2005 with Honda gaining full ownership of British American Racing.

2004 saw this successful CTR updated with many improvements - revised EPS with quicker steering, revised suspension settings, projector headlamps (JDM came equipped with halogens only while the EDM came with an option for HIDs with leveling motors), lighter clutch and flywheel assembly etc.; based on Honda literature, this facelifted (FL) model was targeted at addressing customers' and critics' feedback such as understeer on the limit (due to the front Macpherson strut setup), numb steering response and lack of low end torque.

Performance (all figures are manufacturer claims)

In 2003 Honda decided to celebrate 30 years of producing the Civic by offering a special edition 30th Anniversary Type-R for the EDM. The special edition features special red sports seats from world renowned seat maker Recaro, air conditioning, leather MOMO steering wheel, red carpets and door linings and privacy glass on the rear windows. 30th Anniversary models were available in Nighthawk Black, Satin Silver and Milano Red. Only 300 of these models were produced, 100 in each of the 3 colours.

In 2005 Honda introduced the Premier edition which had Recaro Trendline seats (similar to those found in the Anniversary Edition, only in red and black rather than all red), a darker shade of fabric on the rear seat centre sections, a Momo Steering Wheel, Red Carpet, "Type R" embossed into the front brake calipers and privacy glass on the rear windows. These were available in Milano Red, Nighthawk Black, Cosmic Grey and Satin Silver. 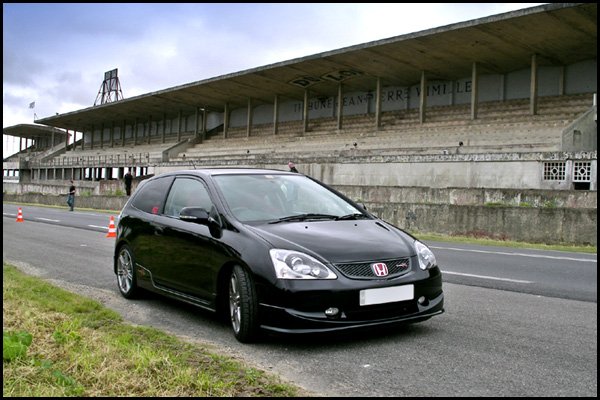 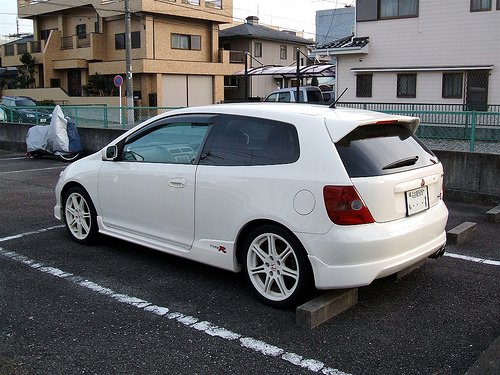 The Japanese market Civic Type R (FD2) went on sale on March 30, 2007. For the first time, the JDM Civic was sold as a four door sports sedan rather than a three door hot hatch. Using the Japanese market four-door sedan as a base model meaning the new Type R is now bigger, wider and heavier. More importantly, the wheelbase has grown from 2,570 mm (101.2 in) to 2,700 mm (106.3 in), giving the FD2R a more stable stance in high speed cornering. The new Japanese model's engine output is higher than the European version's, with 225 PS (165 kW; 222 hp) being developed at 8,400 rpm and 215 N·m (159 lb·ft) of torque peaking at 6,100 rpm (versus 201 PS (148 kW; 198 hp) at 7,800 rpm and 193 N·m (142 lb·ft) at 5,600 rpm for the European model). The base engine itself is borrowed from the Accord Euro R CL7 with its longer intake manifold. Changes have been made to the block in terms of mounting points for ancillary parts making it different from previous K20A. New technology such as Drive By Wire throttle and porting of the intake valve ports using techniques from the NSX are implemented. Honda says mid-range is increased by 10 PS (7 kW; 10 hp). Drive is fed through a close ratio six speed gearbox, and a helical limited slip differential is fitted as standard. The front brake discs increased from the DC5R's 300 mm (11.8 in) to 320 mm (12.6 in) are fitted with four pot Brembo calipers. Tire size are now 225/40 R18 Bridgestone Potenza RE070.

Honda claims the body is 50% more rigid than the previous Japan-only DC5 Integra Type R, and the new model features an independent rear suspension rather than the torsion beam configuration used on the latest European Civic Type-R. To save weight, aluminum is used extensively and bonded with adhesive instead of welded. Though the body is larger and more rigid than JDM Integra Type R, it is only 1.8 kg (4 lb) heavier.

Exterior wise, the front bumper is different from the standard Civic designed aerodynamically. The rear bumper features a diffuser built into the bumper and completing the aero package with a huge rear wing. Inside, the trademark black and red bucket seats are no longer made by Recaro as with previous versions, but designed in house by Honda. Also gone is the Momo made steering wheel, instead replaced by a Honda made version. The familiar red-on-black colour scheme or black-on-black scheme is offered on the Championship White version and Super Platinum Metallic Silver versions while a black-on-black scheme with red stitching is for the Vivid Blue Pearl only.

In October 2008, the Civic received a minor face lift. The standard and hybrid versions now had the same front bumper as the Type R while a redesigned tail lamps changes the round insets into octagons. The Type R also received new available colours, with Premium White Pearl, Premium Deep Violet Pearl and Crystal Black Pearl being added and Vivid Blue Pearl being dropped.

In back to back tests the FD2 Type-R was on average 1 second quicker than the (DC5) Integra Type-R at the Tsukuba Circuit and four seconds faster at the longerSuzuka.

In a back to back test on the United Kingdom TV program 5th Gear, the FD2 Type-R was three seconds quicker than the equivalent FN2 UK version around Castle Combe Circuit in the wet.

The FD2 Civic Type R was officially launched in the Malaysian market on August the 2nd 2007. It was the first time that any Type R JDM model was launched outside of Japan.

The FD2 Civic Type R ceased production in August 2010 because of failing to meet upcoming emission requirement. Following the previous success of introducing the FN2 Civic Type R from Europe in 2009, another batch of FN2 Type R with minor update is available in fall 2010.The FN2 Type R has 197 hp (147 kW) vs the 225 hp (168 kW) output in the FD2 Type R. 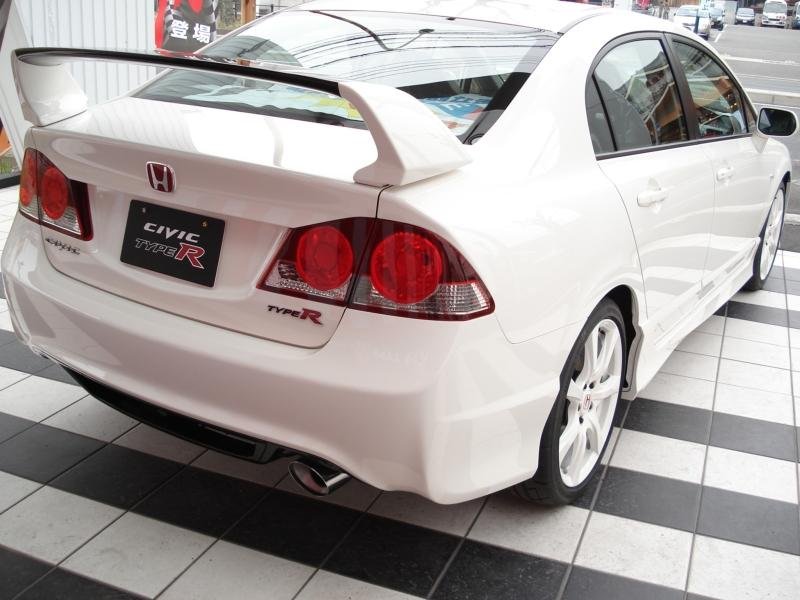 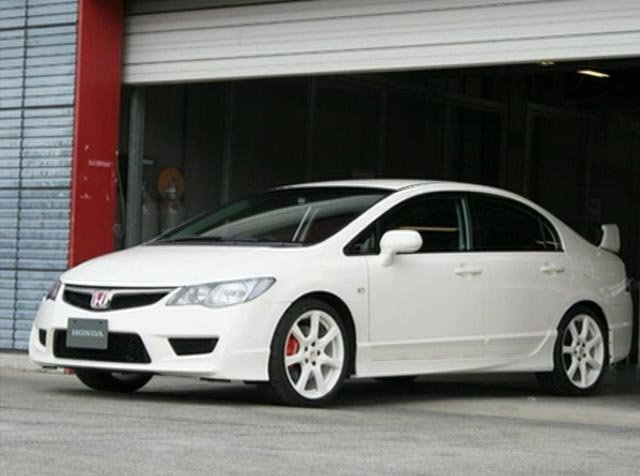 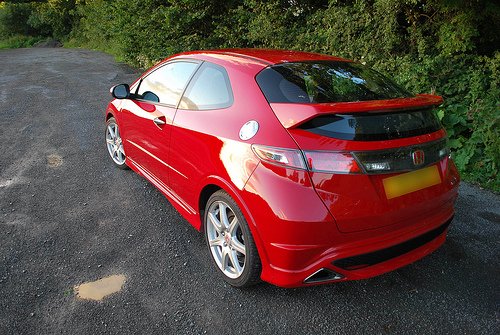 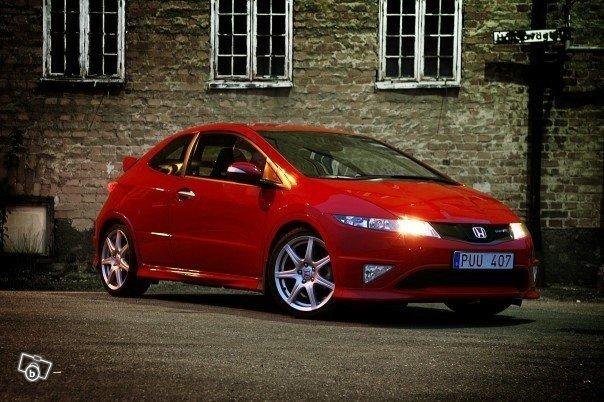 All Copyright to the owners of the pics.
T

no one seems interested in the Honda Civic Type-R!!

Ha ha i was reading your thread half way but no offence meant Archit its way too lengthy to read , can you cut-short it a little bit?

Here is one I had driven 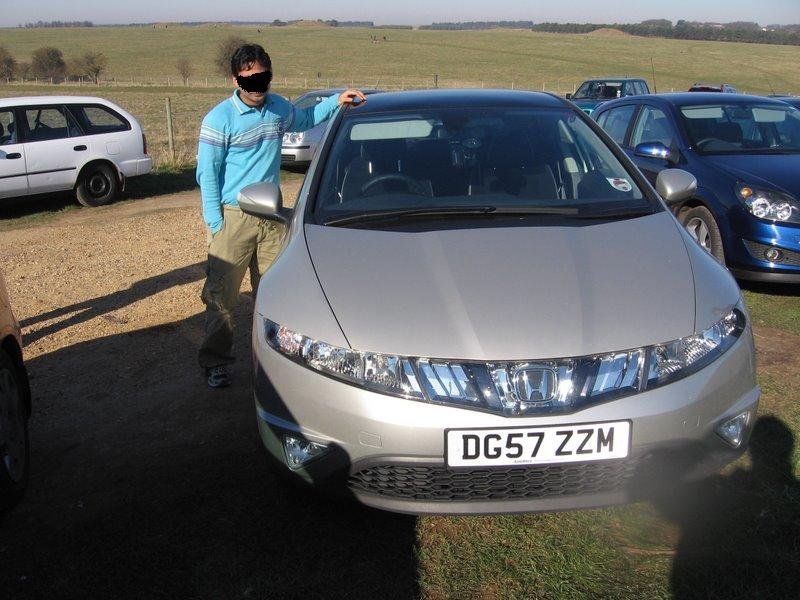 Nice one. The reading pleasure would have doubled up if the entire article was in your own words. Honda Civic Type-R is indeed an extreme machine and also certainly a much affordable alternative for the enthusiasts. Only model for which I would personally lust for is the European version. And lucky you again Thetraveller to have experienced that too.

well it is a bit too long i know. most are my words only. but then all information is important.
You must log in or register to reply here.