According to sources, Toyota Kirloskar is working to introduce a cheaper MPV for Indian Market. This car will be positioned below Innova. Is it the Avanza? 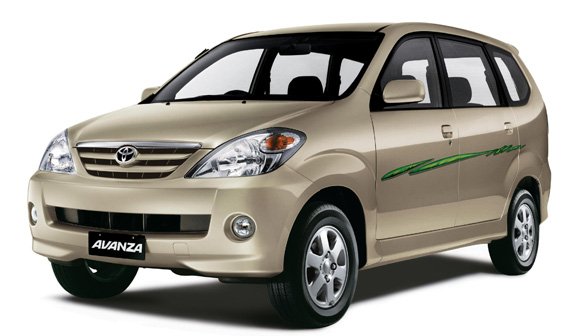 oh! this is real great news for toyota fans!

Is it any way a competetion to Premier SUV ?

Avanza looks like younger brother of Innova. There is another possible option, Toyota Picnic. It was found testing in India.

no CC this was mostly a LHD vehicle spotted, so chances remains lesser for this car to come.

Toyota has had the Avanza in its portfolio for a long time but then why didn’t they think of getting it to India till now? The answer lies in the fact that it isn’t sold with a petrol engine anywhere in the world. A people mover without a diesel has never been a hit in our country, for example the Maruti-Suzuki Versa.
But Avanza won’t be targeting the taxi segment at all. Its focus will be on the individual buyer. One who wants the versatility of seven seats for that odd weekend trip but also the versatility of a compact urban car. Dimensions wise the Avanza is much smaller than the Innova. Length wise it is just 4120 mm making it as compact as some of the large hatchbacks like Ford Fusion or extra small sedans like the Indigo CS. With some reworked Bumper design Toyota could also cram it into the under 4-metre category to avail tax breaks.

But that exercise will be futile as long as it runs the same 1.3 & 1.5 litre Petrol engines that it is available with around the world. It has a small car rivaling kerb weight of 1090kg so it could easily do with a 1.2 litre Petrol engine. That would mean that the base Avanza would retail for 5.5 lakh On-Road, delicious we say! But to become a mainstream success it needs to have a diesel engine in its repertoire.

A diesel engine will decimate the competition. The current favorites like the Bolero and Sumo which run on thousand year old platforms will become extinct in weeks. While Innova’s only credible competitor, the Xylo will feel the heat. The mid-size sedans will be losing customers even if Toyota doesn’t debut the Avanza with a diesel. The combination of unbeatable practicality and Toyota quality will prove to be enough of a persuasive argument in its favor.
Watch out market leaders, Toyota is about to invade the country!

@RSM, i think 120 mm can't be chopped off with reworked bumpers.

We can't expect this to be spacious but it would be a good qualis replacement, provided it has a diesel engine.

Toyota has ambitiousplans to grab a 10 percent market share of the Indian market by 2015, which is estimated to grow to 3.5 million vehicles per year by then.

Key to Toyota’s growth in the Indian market is its upcoming EFC (Economical Family Car) platform which will spawn hatchback and saloon body styles. While the EFC will form the bulk of Toyota’s volumes in India, the company is also looking at other segments to enhance its portfolio in India.

Under consideration is the Avanza MPV, which sits a segment below the popular Innova. In India, the compact MPV category in India is virtually non-existent and is served only by the six-seater Versa van which barely sells. So can Toyota convince customers to buy this new class of vehicle? The company believes it can and is banking on the popularity of the Innova to draw people to what is essentially a scaled-down and cheaper version of the hot-selling Innova MPV.

The Avanza is also a seven-seater on a rear-wheel-drive platform but unlike the Innova, which is built on a body-on-frame or ladder chassis, the Avanza has a monocoque construction. This would give the Avanza more ‘car-like’ dynamics but Toyota is concerned whether customers would perceive the absence of a ladder chassis as a compromise in durability. However, a bigger concern is the lack of a diesel engine. The present Avanza is only available with 1.3 and 1.5-litre petrol engines which just wouldn’t fly in India.

In fact, the lack of a diesel is one of the main reasons why the Versa flopped.

Toyota is considering the 1.4 turbo-diesel for the Avanza, the same motor which will power the EFC and Corolla diesel. However, retro-engineering a new motor into the present Avanza is difficult and costly. Toyota might just wait for the next-generation Avanza which is being developed with a diesel engine option but that is still some years away.

The Avanza’s pleasing styling, compact dimensions (it is only 4.1 metres long) and impressive space efficiency could make it a smart alternative to a saloon car for those who need to regularly transport more than five people. The last row is typically cramped but it’s good enough for kids and the occasional adult for short city hops. The Avanza will appeal to those who find the Innova’s ship-like dimensions too much of a handful and prefer something that’s not more difficult to drive than a hatchback.

To meet a target price of Rs 6-7 lakh, Toyota is considering heavy localisation to bring costs down. Strategically, Toyota sees the Avanza as the right vehicle to plug the huge gap that will exist between its small car line-up and the big Innova.

For the moment, Toyota’s focus in India is on the EFC. The small car project is gathering momentum and Toyota plans to unveil the concept at the Auto Expo in January 2010. The world debut of the EFC in India is significant and underscores the importance of India, which is the lead manufacturing base for this platform, followed by Brazil. The EFC is the cheapest car in Toyota’s portfolio and is positioned in a segment of the market the Japanese giant has never competed in before. It is for this reason that Toyota is taking extraordinary pains to find out exactly what customers for this class of car exactly want. Kazuo Okamoto, vice-chairman of Toyota Motor Corporation, says: “The strategy for the Indian market is to get the product right and we are devoting ourselves to preparing the right product for the Indian market. Only then can we be successful.”

Though the development of the EFC was done completely in Japan, Toyota has designed this platform around strict cost targets which it has managed to achieve thanks to high localisation and use of the homegrown supply base in India. For the first time, Toyota has not automatically chosen its traditional suppliers as they have not met the cost targets Toyota has set for the EFC’s components. Pricing will be the biggest challenge and though Toyota has announced it will not get into a price war with its rivals, the specs will be tweaked to ensure that costs don’t go out of hand. “Cost reduction will come with lower specifications but not by compromising on quality,” emphasises Okamoto. Toyota is also banking on its robust and quality dealer network to offer a trouble-free ownership experience, as a key differentiator.

Avanza looks nice but a lot similar to Innova. Anyways with a bit lower price tag than Innova, it will surely make a dent on the sales of Xylo,Sumo.

It will surely make a mark in Indian Auto Scene after Qualis & Innova!

This MPV looks like a scaled down version of Innova!! If Avanza is launched soon with a diesel engine then it will surely be a success!! Pricing too seems to be very attractive!!

If its going to come only in petrol version, then Toyota better step back and wait for the next generation with diesel engine.

Avanza might eat up some shares of Innova's sales if it comes to India. Because more or less it looks like a shrunken Innova. This doubt has further increased since Toyota is testing LHD version in India. Anyways keeping the fingers crossed.

no way toyota is going to launch a MPV for indian market, as it would only eat share of their own innova which is doing superb in our market, toyota is considering more into hatchback market and to improve their strength for fortuner which had good bookings.

Well i doubt this one.They are developing a diesel engine for this-right,its got space,good interiors and probably good pricing.But it looks too much like the innova.Toyota would never price it cheap as in under 5 lakhs.It will still hover around the 6-7 lakh mark as ACI claims but why??Isn't the innova better then for just a lakh extra?
You must log in or register to reply here.