Hi guys,
well on request dhaya and 350Z . i am sharing ownership of Toyota corolla H2 .

Now why we brought corolla only . now read the short story

There was marriage party coming and one of our rival(we not our but you could say mother) had brought Honda City . My mother had said to father that she will go only if you take her in more expensive car then Honda city and no rental car . That time one of my uncle from UK was here . He said go for any Toyota car .

now biggest problem was that just 2days left for marriage and we need to hurry before we miss .

Went to toyota showroom there at corner corolla in pearl white staring at us . We saw Toyota corolla and liked it and we didn't even listened to person who was explaining feature . We just said one thing "we need this car tomorrow don't waste our time start doing paper work" . Person was in shock for 5sec

and said yes sir right away . So we went ahead . Now Next day . we went to showroom . Our corolla was getting ready and all paper work were already completed . We didn't even checked the car . Just put key and drove away . Then we parked corolla infront of home and we gave surprise to mother .

Till now it has completed 99270 KM . About average i never checked full tank but i considered around 12 with full time AC . we never turn off AC except in winter

Acceleration is smooth and even after 8years you can't feel vibration of engine at all .
Top speed i have ever achieved is 190

. after 190 it steering started vibrating so till 190 this car is stable .

I totally agree Toyota cars are built for last . It has been 8years and it still working perfectly . It never gave us chance to complain . That's main reason people are buying Toyota fortuner because they are build for last .

ASS of toyota is very good atleast for US .

Now some random pic. Will click some better pic later 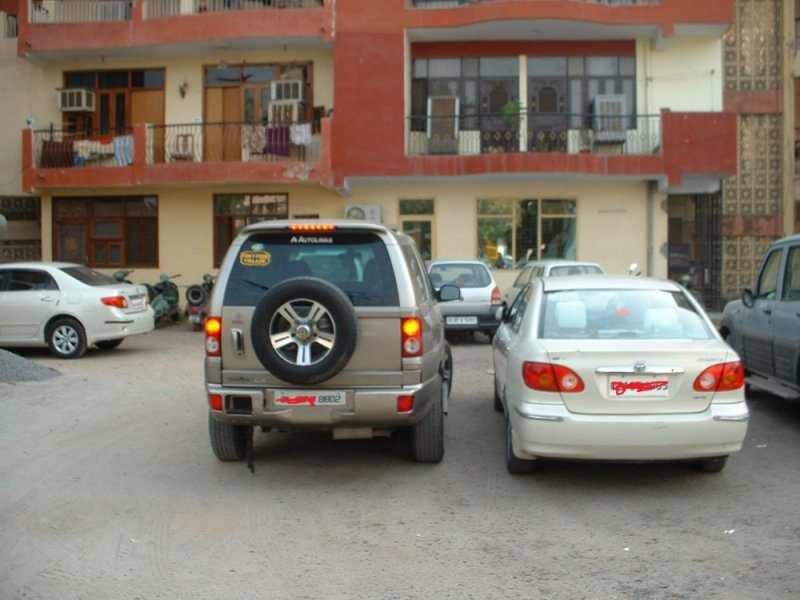 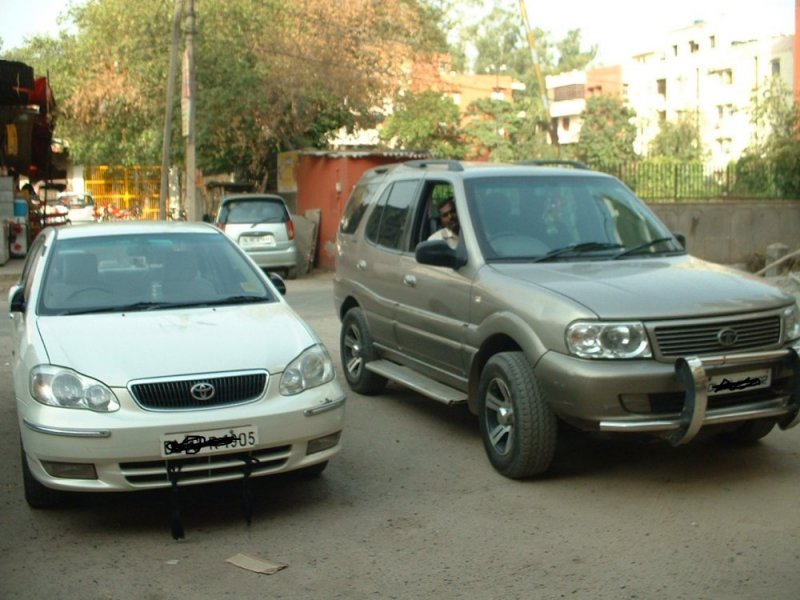 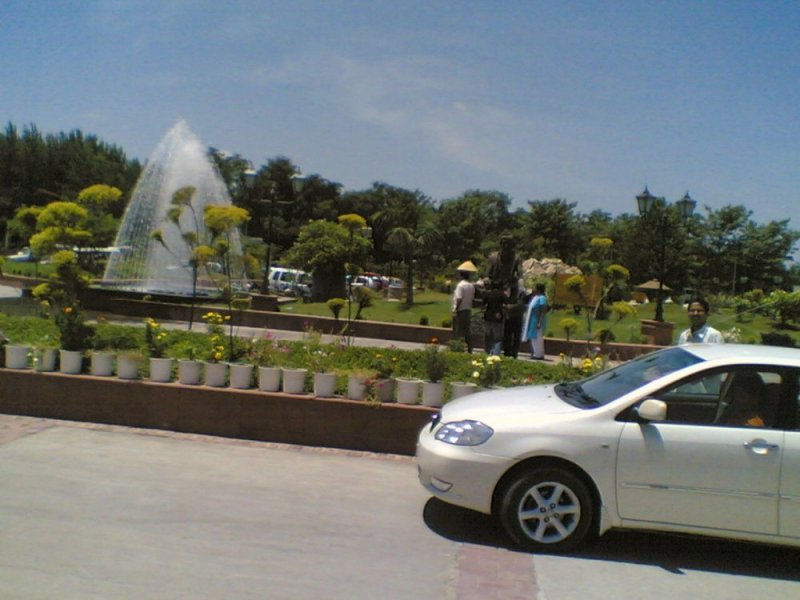 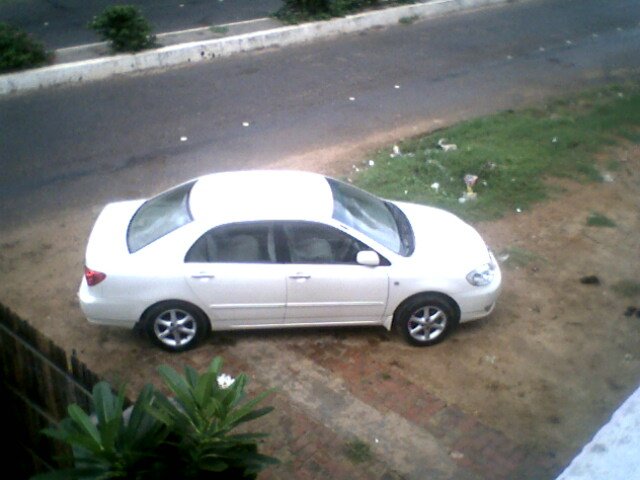 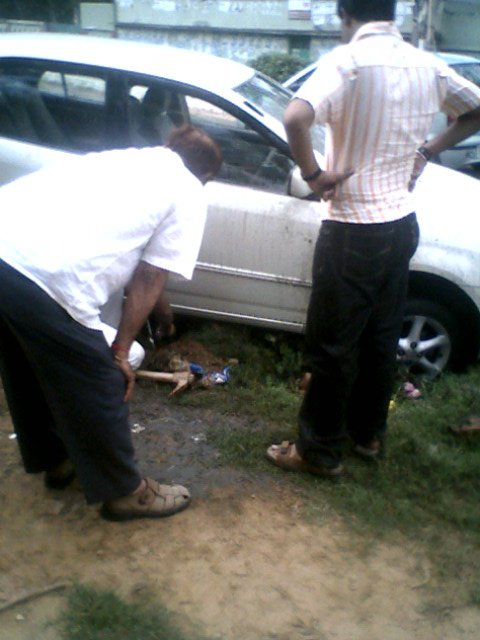 Thanks for posting this thread Mastersquall!


That's an interesting story which you have there , but you are lucky to have got your car in one day , see the state now , one has to wait atleast 2-3 months and even 8-9 months in worst cases!


And any damage to the car when you drove it inside that hole?

i have to agree . before we didn't even need to book in advance for normal service but now we need to book atleast 2-3week before we think about visiting them .

About damage i was surprise no damage except few little alignment issue which i got it fixed in ASS .

Now days i have two problem .
1 my rear road or chassis(i have no idea what that thing is called so i am saying rod) have bend no idea how it happened .
2. front left brake is causing sound while turning left at slow speed

for rod work . So i am looking for some good garage where i can get rod work . original rod cost around 15-18k and 2-3k for mechanic is should cost me around 20k for this work
J

mastersquall ,that was an impressive review. 99k+ and still doing her job without complaining ..wow.
your review has definiltly made me consider toyota for future.. but alas not the fortuner though (never) .

Precise review with some lovely photographs. Please share about the maintenance cost details too, along with snaps of interiors

mastersquall said:
Till now it has completed 99270 KM.
Click to expand...
Wow. And that's one of the least driven cars in your garage? I remember reading about it in Safari ownership thread...

mastersquall said:
Both our Corolla and Safari standing side by side . these two cars are only cars which are least driven . they spend most of time just remain in park . i drive around on I10
Click to expand...
Drive Safe,
350Z

jayadev said:
mastersquall ,that was an impressive review. 99k+ and still doing her job without complaining ..wow.
your review has definiltly made me consider toyota for future.. but alas not the fortuner though (never) .
Click to expand...
thank you
for me with corolla its like buy and forget thing .
But now as she is in her 8th year now she demanding some care like rear suspension work which we got it fixed just 1month ago from outside not in company as cost was bit high as raj said . Now rear wheel rod work after that no work atleast for 2years after that we plan to change it with another corolla but might go for new BMW 3Series or second hand 5th series BMW well guess who is demanding again well same as before its my mother demand .

350Z said:
Precise review with some lovely photographs. Please share about the maintenance cost details too, along with snaps of interiors


Wow. And that's one of the least driven cars in your garage? I remember reading about it in Safari ownership thread...

Drive Safe,
350Z
Click to expand...
i am too lazy to keep record . But except regular service we never visited ASS . They fix most of problem before it could rise . Normal bill used to around 2k .

ok just today after lot running around in mayapuri finally found rear rod . Will get it fitted tomorrow . i hope that rod comes out ok . If successful i will be paying 12k for whole work .

OT : also saw 5th series BMW getting very dangerous idea of buying it and then repair it X) . Engine is in good condition and as well as interior . only need to buy 2doors , dashboard as there are few cracks and lot of body work and i am good to go

dodge_v1per said:
Kudos dude. You immediately bought car due to envy. You deserve much better cars. Post more pics also.
Click to expand...
nope its just some evil though was coming there . even if i bring that car back to life then who gona pay such huge insurance of 5th series BMW

Excellent review Mastersquall.
I dont know how i missed this thread. I somehow still love the Corolla for its executive look. And buddy, please put up some snaps of the engine bay and interiors.

My mother had said to father that she will go only if you take her in more expensive car then Honda city and no rental car.
Click to expand...
That reminds me of a scene from a recently released movie, dont remember its name.
T

yes Akash, that is from a movie called Do Dooni Char. haha but still nice car. I have a friend who has this model and still very happy with it.

thats toyota for you, we had purchased second market corolla in USA which had clicked some 80+k's and we had it for more over 1.2LKms more and sold it over 2Lkms and it was still runnning amazingly good which is why even in europe and america those people are crazy for japs as well which is this the main reason.
Congratulations on your ownership and very well maintained car dude.One day flat is amazing for you to get that car compared to today's scenario.

i have been visiting mayapuri for constant 5 days to find rear rod . what a luck yesterday found a rod which was taken out of another corolla 2005 .
I paid 9K for rod and 2k for installation . Finally tires are straight again but rear right was making some tak tak noise . i think there is some loss connection between rod and shocker where mechanic might have forgot

now another problem my right front shocker are leaking . need to replace that too . thinking of getting done it tomorrow .

guys any idea how much will it cost ?

while seating there i found Chevrolet optra guess what which engine . It was nission diesel engine . mechanic was testing it before giving it to its owner . Original engine covered 2L KM so instead of Overhauling guy just replaced the engine . Mechanic advised him not to drive car above 80 for atleast 1000KM no idea why didn't cared to ask . Cost of engine was around 40k .


Some pic while seating there idle 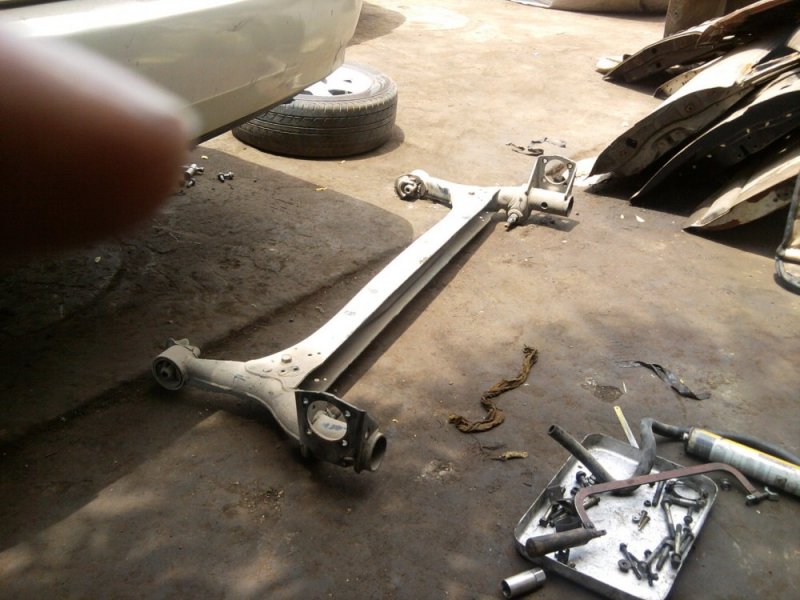 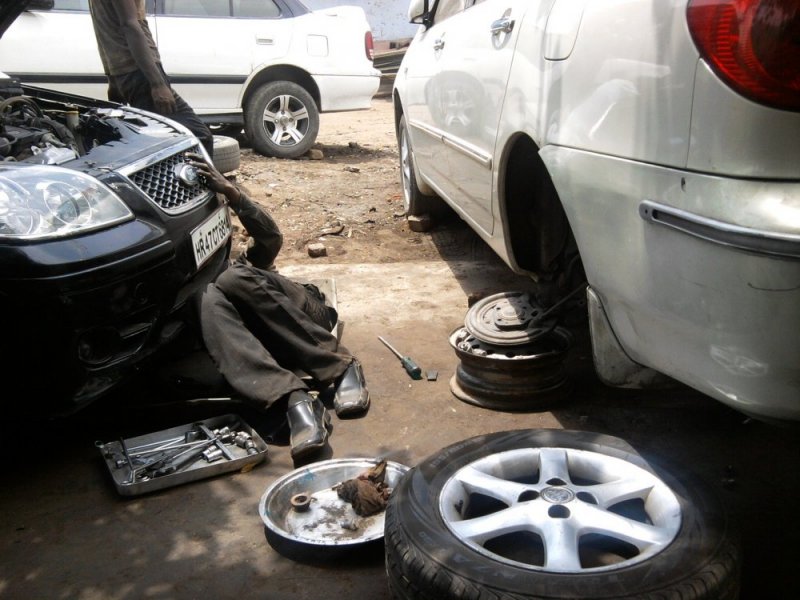 finally found the problem of tuk tuk sound it was shocker rubber which has crack . need to replace it . i will get my rear shocker rubber and front shocker changed on 7may or 8may after that time for safari suspension
You must log in or register to reply here.