The Story: 100 Years of Rolls Royce's Spirit of Ecstasy 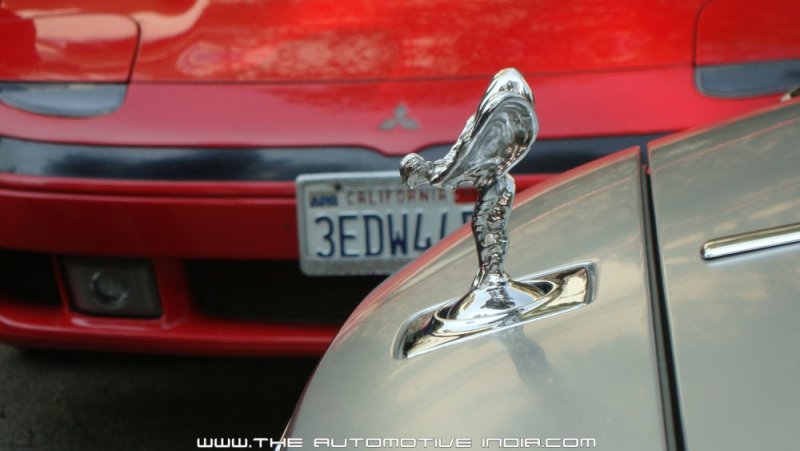 Rolls Royce needs no introduction. The British company is best known for producing finest cars which are a masterpiece of their own. On July 15th 2011, Rolls Royce celebrated one hundred Years of Spirit of Ecstasy – Its popular mascot which has been enhancing the grace of prestigious Rolls Royce models worldwide since year 1911. The Spirit of Ecstasy is a woman leaning forward with clothes winding through her arms which are stretched behind, giving an impression of an angel with wings. The inspiration of designing this mascot dates back when 2nd Baron Montagu of Beaulieu commissioned his friend, Charles Sykes, to design a mascot exclusively for his own Rolls Royce. Sykes then sculpted a figurine named “The Whisper”. It depicted a young woman with flowing robes and keeping one forefinger on her lips, which is based on Eleanor Velasco Thornton, who was the secretary and also a lover of the Baron Montagu.

Even though earlier Rolls Royce models did not used to have their own mascot but the trend initiated by Baron Montagu became so much popular that by 1910, many Rolls Royce owners had fixed personalized mascots on their cars, including some of them which did not keep up with the ethos of the company. Hence, Rolls Royce decided to officially appoint Sykes to create a mascot accordingly so that in some way it expresses about the status of company and excellence of their automobiles which are fast yet quiet. He was told to design something which should bring back the spirit of mythical goddess of victory, Nike. However, he was still not convinced and decided to modify his previously designed figurine “The Whisper”. It was now known as “The Spirit of Speed” which Sykes presented to Rolls Royce in 1911. Later, Managing Director of Rolls Royce, Claude Johnson himself formulated the description of the mascot. He described the Spirit of Ecstasy as a woman who is enchantingly travelling on the road with her arms outstretched and eyes fixed upon a distance. Ever since then, the statuette of this charming lady has proudly found a place on top of the radiator grille of every handcrafted Rolls Royce model which is rolled out from the factory, today.

Facts About Spirit of Ecstasy: 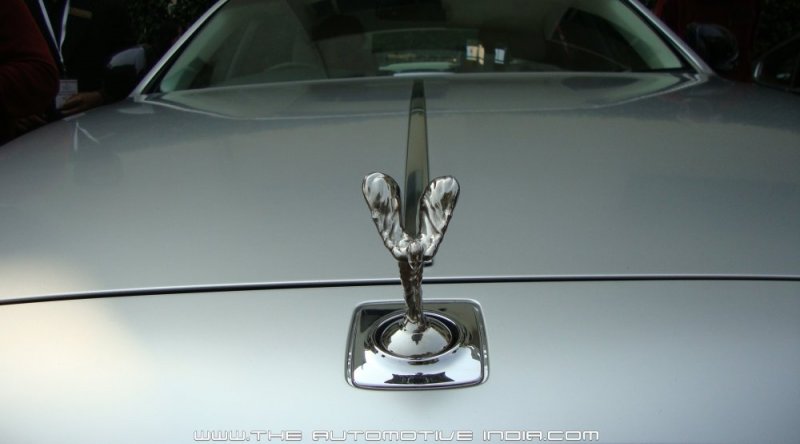 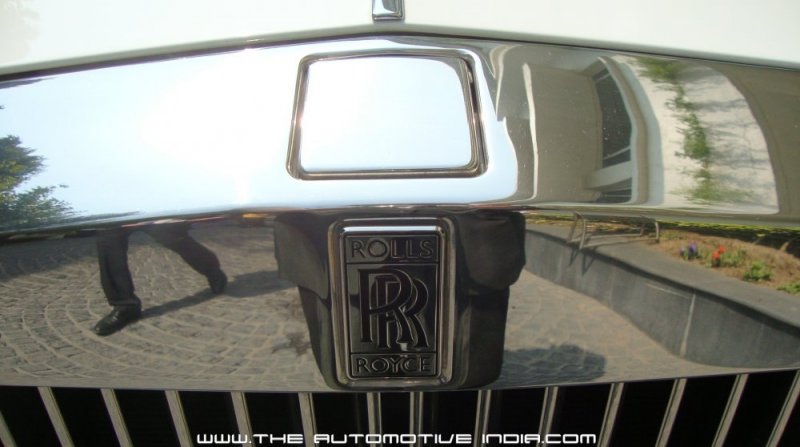 
To mark 100 years of the legendary “Spirit of Ecstasy”, One hundred Rolls-Royce motor cars, from 1911 until the present day, were displayed in the Courtyard at the Home of the super luxury car manufacturer in Goodwood, West Sussex. Over 500 guests enjoyed seminars on the production of the Spirit of Ecstasy and Bespoke Design, an exhibition by celebrated photographer Rankin inspired by the Spirit of Ecstasy, a manufacturing plant walkabout, Grand Picnic Lunch and Afternoon Tea. 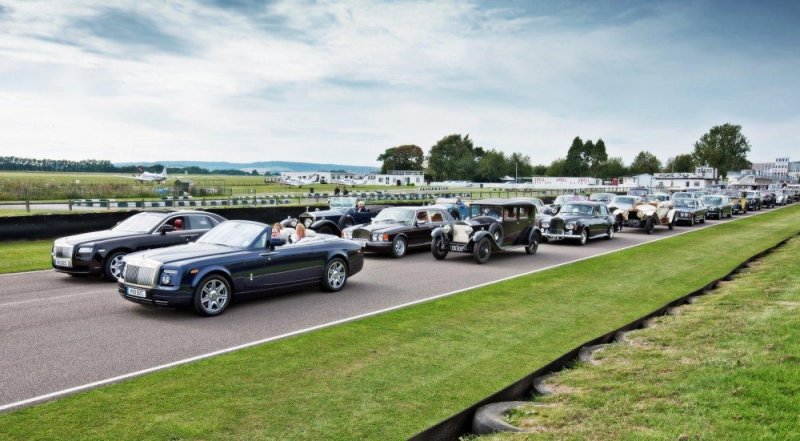 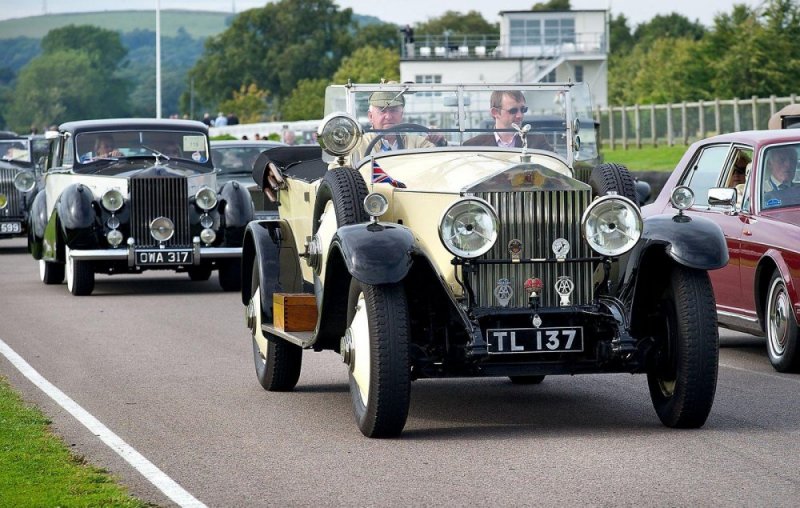 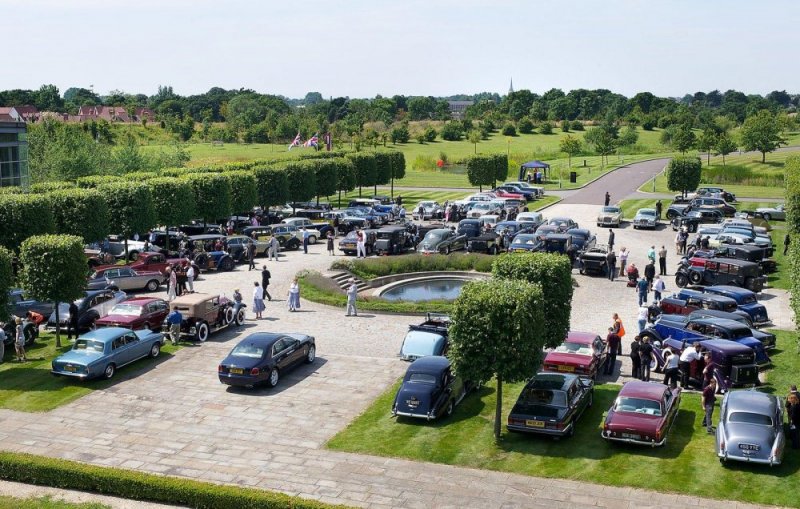 A video demonstrating the retractable function of Rolls Royce's Spirit of Ecstasy.

wow great info..kudos!! when small simple logo of rolls has so great value what will be story of its other parts!!

Nice info , thanks for sharing Vibhor!
A

Princess Elizabeth in 1950, which carries the British Queen's mascot of St. George on horseback, slaying a dragon, designed by artist Edward Seago.

Great job. Thanks for posting these pictures. Pegasus looks better.

The new Spirit of Ecstasy was created for the 21st Century by using a mixture of modern and ancient methods. Computer-aided design – which digitally mapped 3D images of the rumoured original model – is complemented by the ‘lost-wax’ casting method which dates back some 5,000 years. The whole production process takes the graceful little goddess from a wax replica, through a ceramic mould stage, to cast metal, before a painstaking round of polishing.

Exact wax replicas of the Spirit of Ecstasy are produced by injecting hot wax into a metal mould. 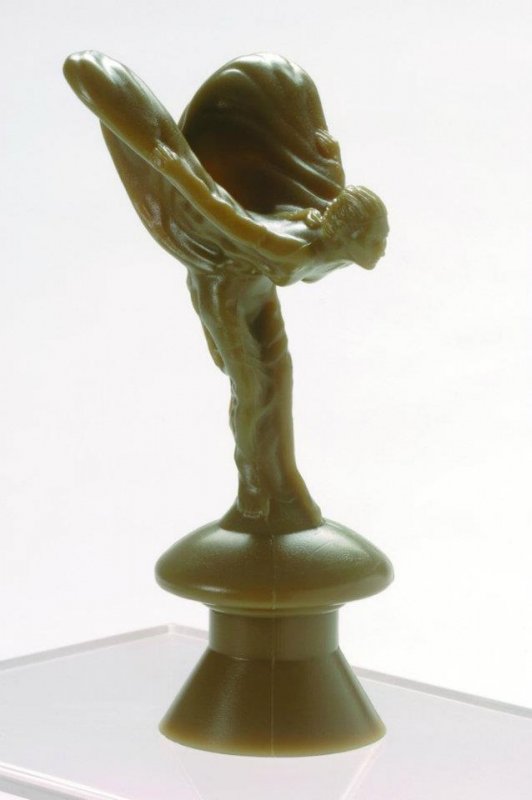 The wax replicas are assembled onto a specially designed wax tree. The wax tree is dipped in ceramic slurry, which is then coated with zircon sand and multiple mullite coats. 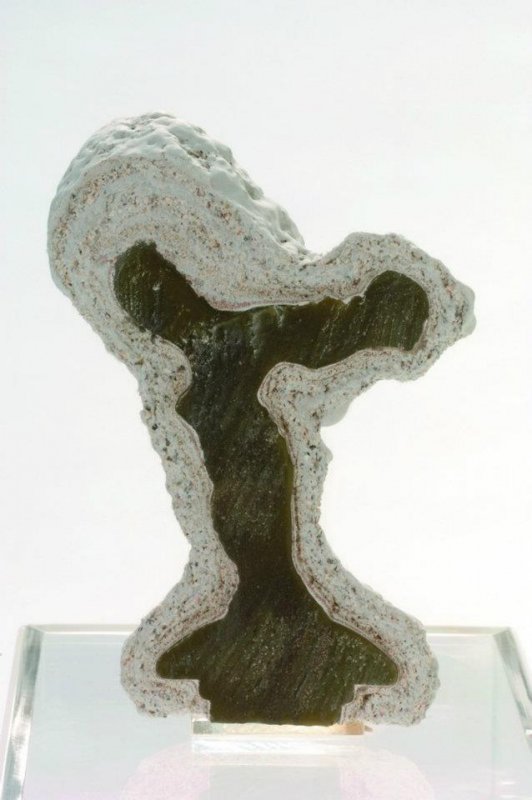 The dried trees are put into an autoclave where pressurised steam melts the wax out of the ceramic moulds, leaving an exact mould to cast in. 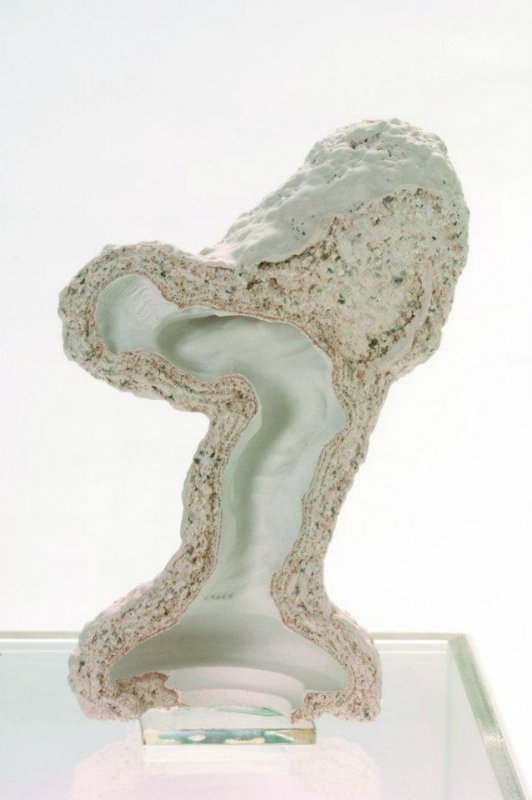 The ceramic moulds are forwarded to the foundry where they are fired, before metal is introduced to the moulds. Once the metal has cooled sufficiently, the ceramic shell is vibrated off the cast product with a pneumatic knockout machine. 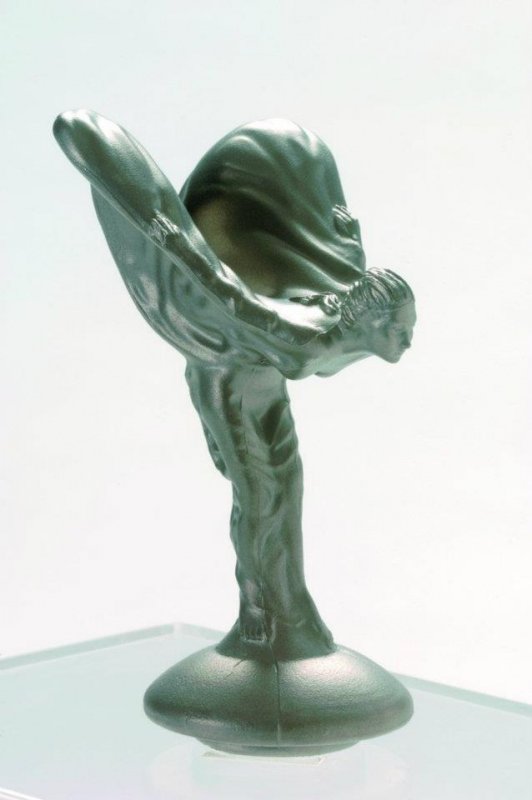 Any remnants of the ceramic mould is removed by stainless steel shot in a rotary peening machine. 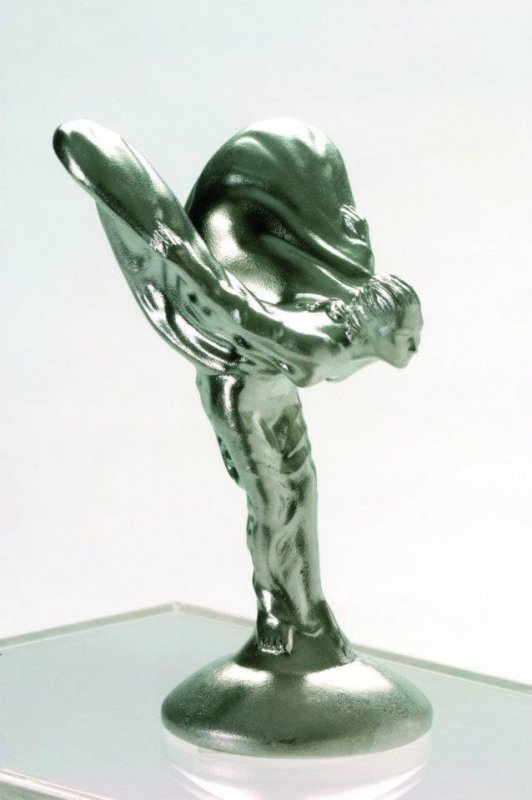 The cast products are sent to the finishing department where they are cleaned, electropolished, machined and hand polished. The preparation of the iconic Spirit of Ecstasy is complete. 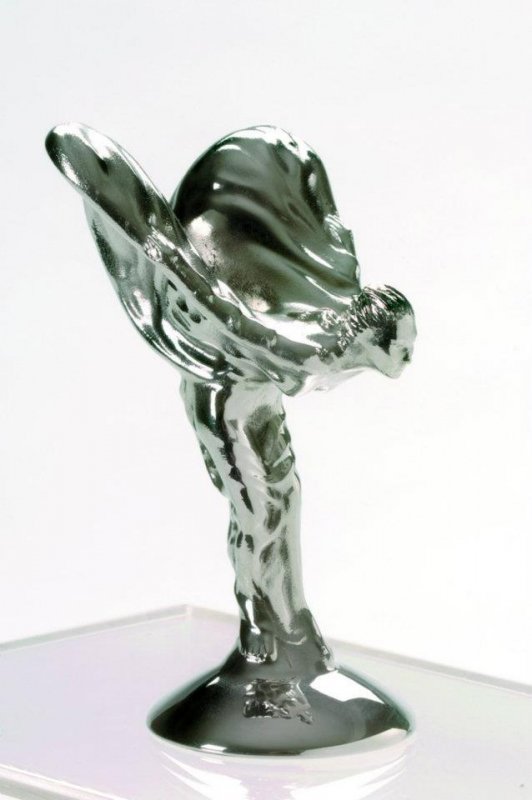 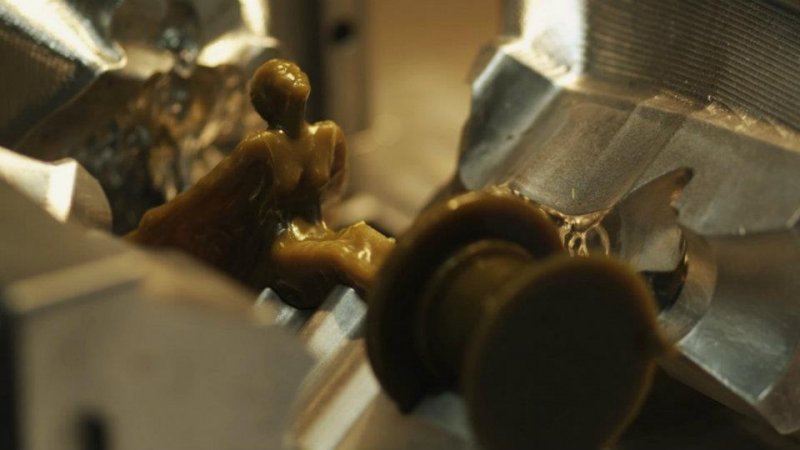 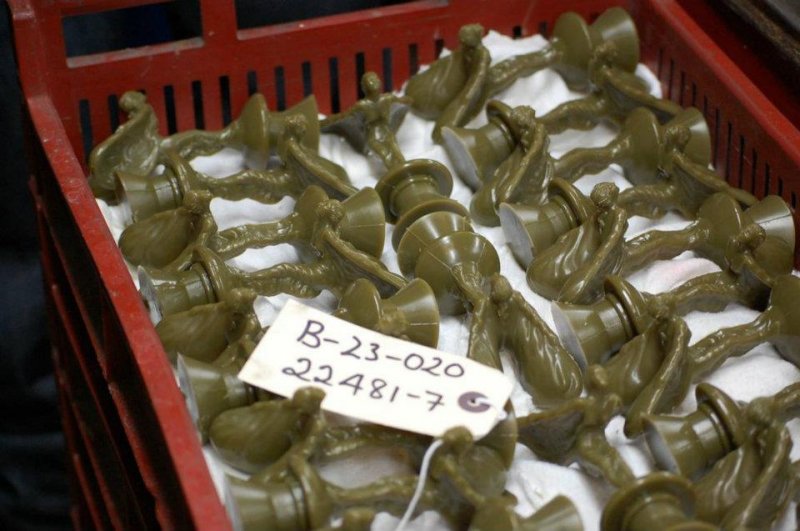 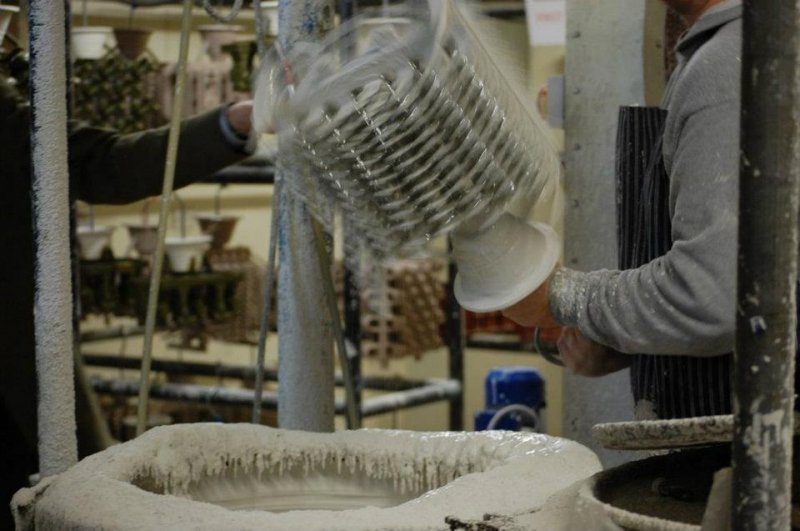 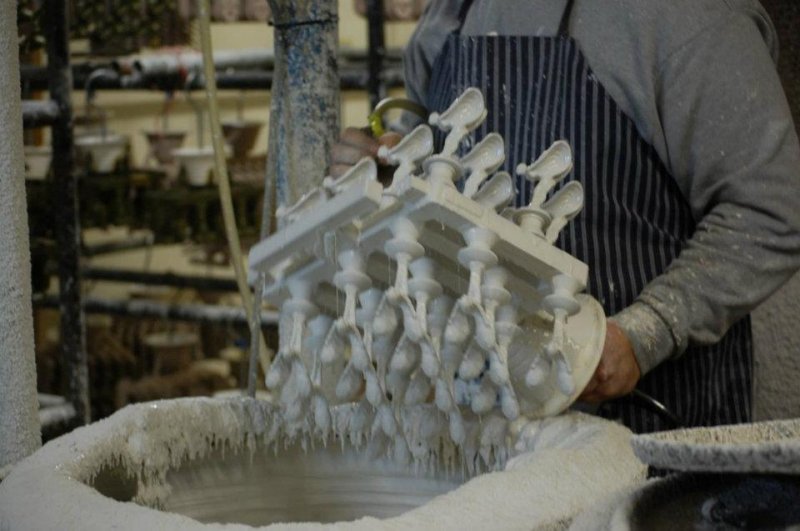 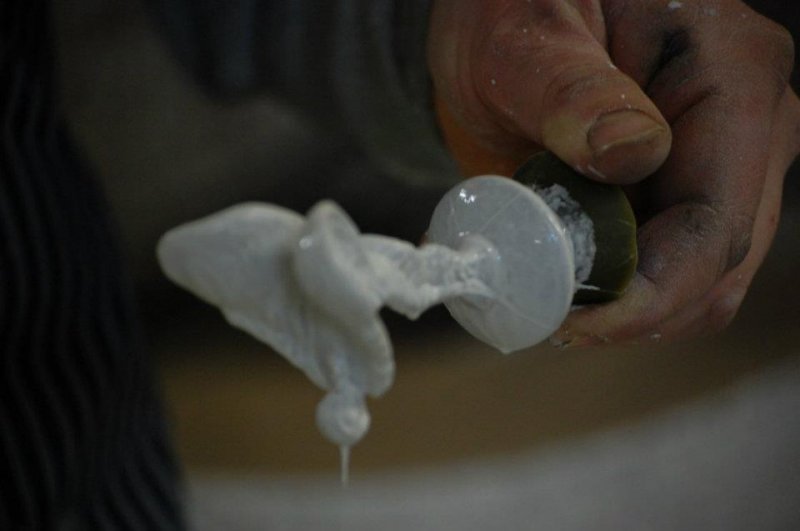 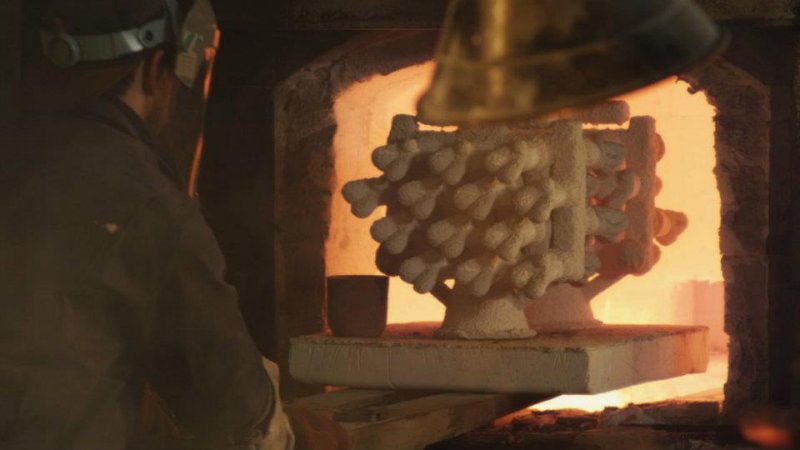 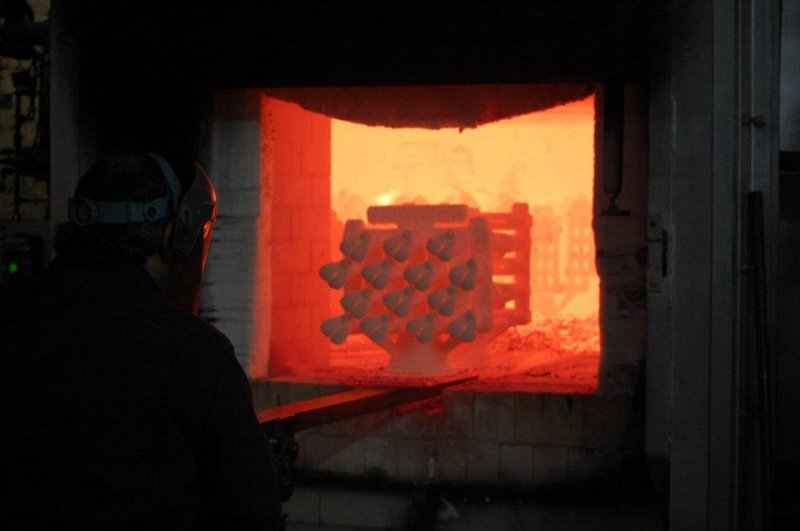 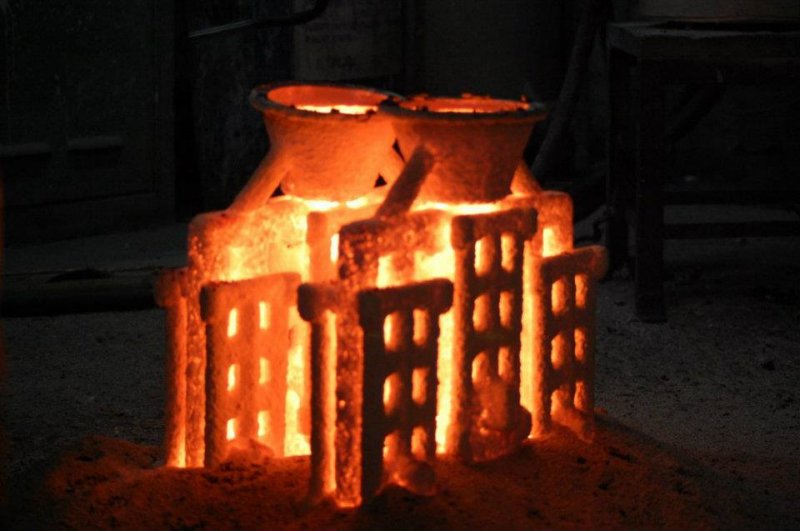 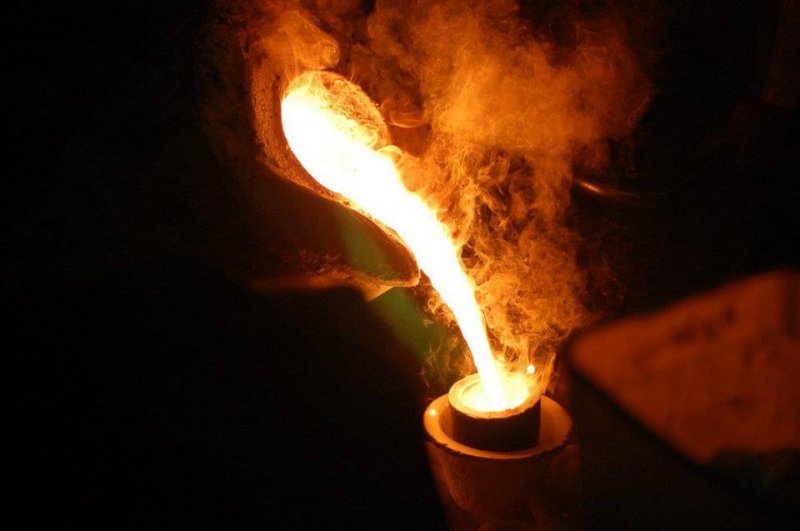 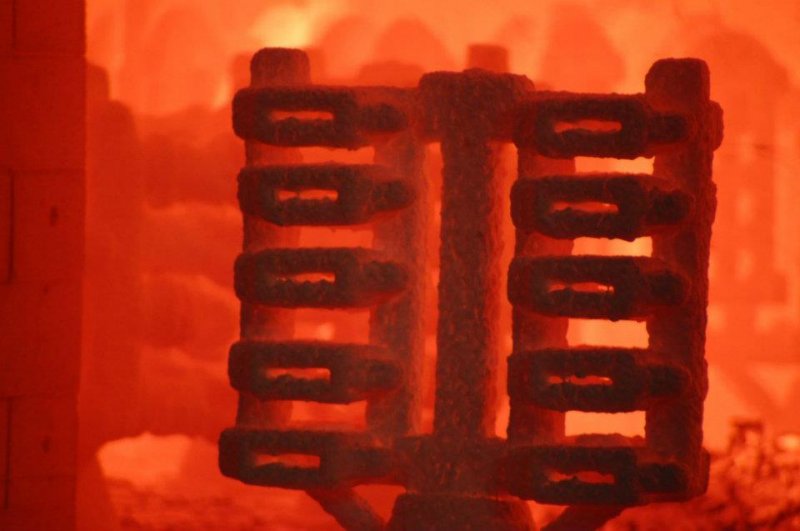 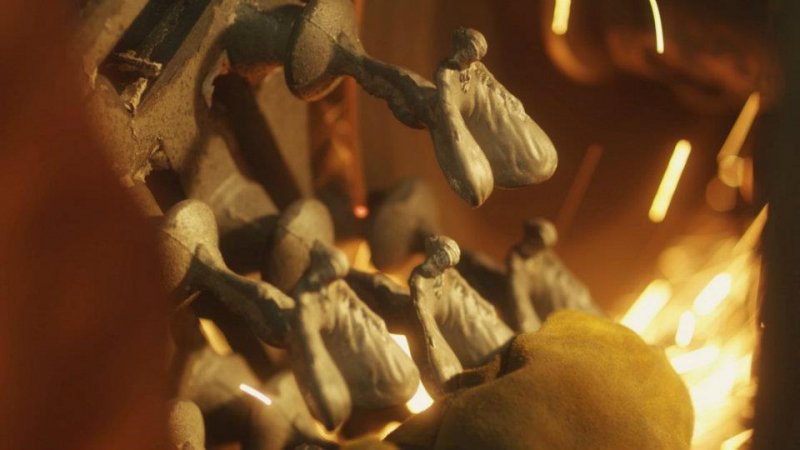 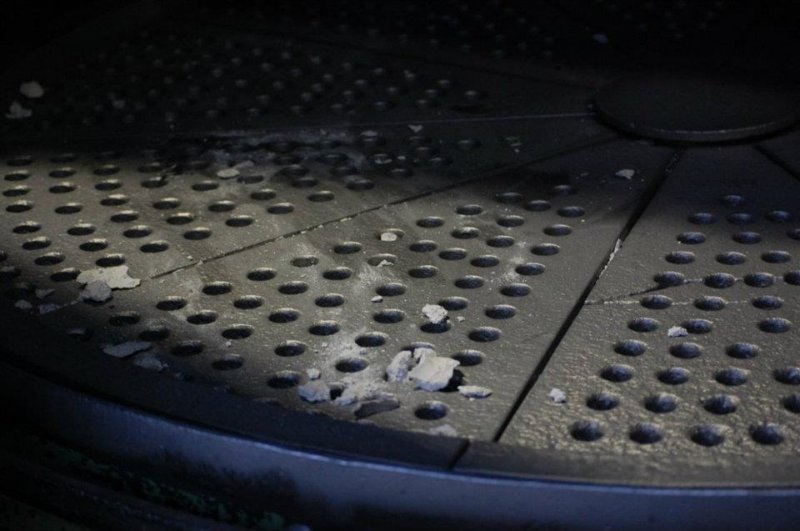 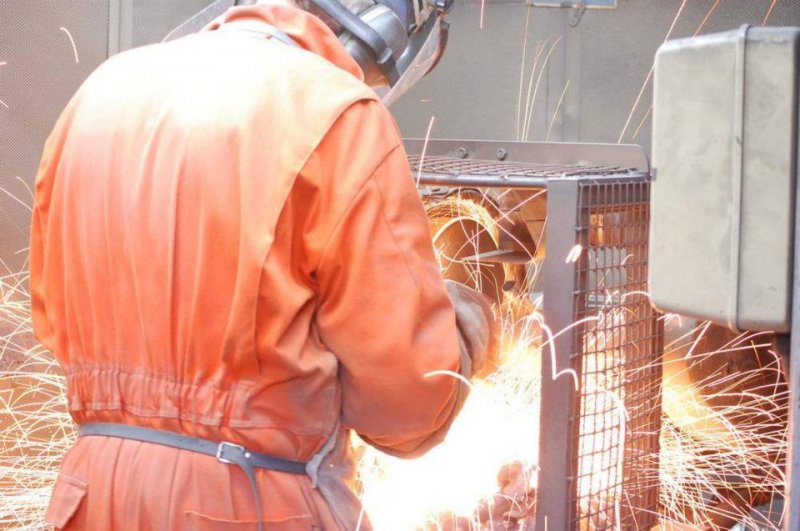 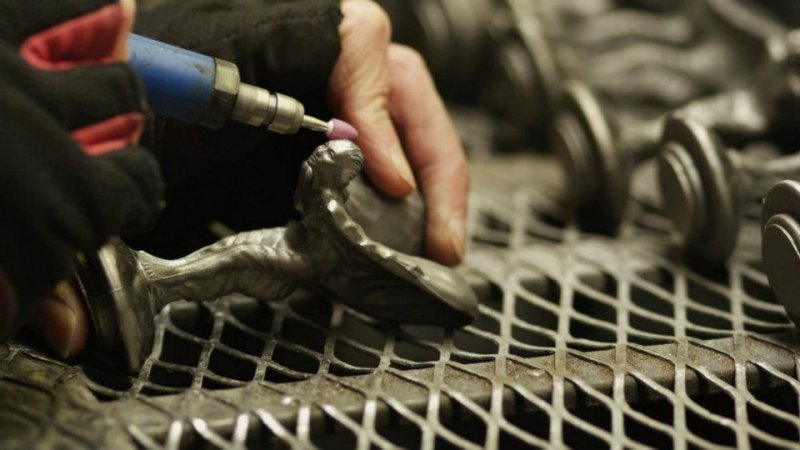 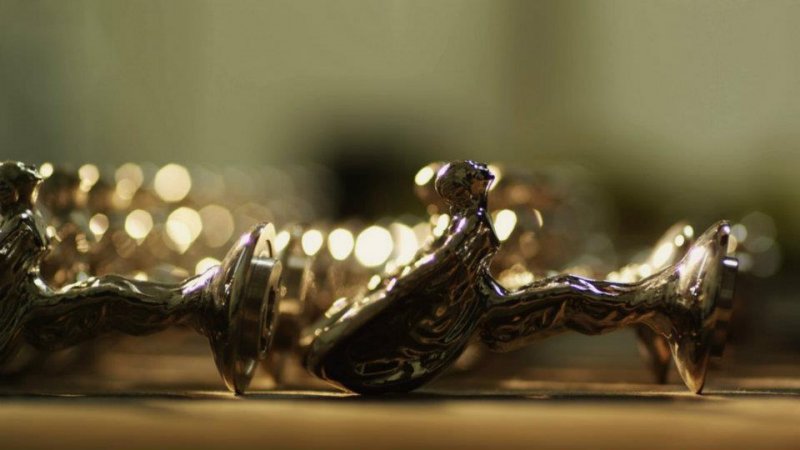 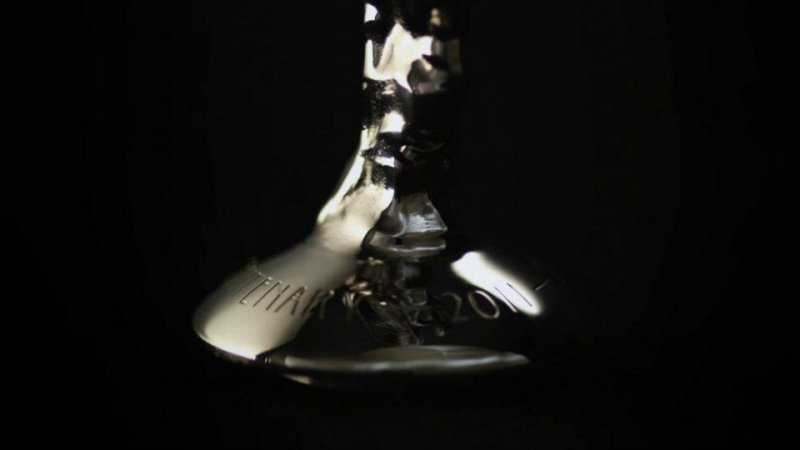 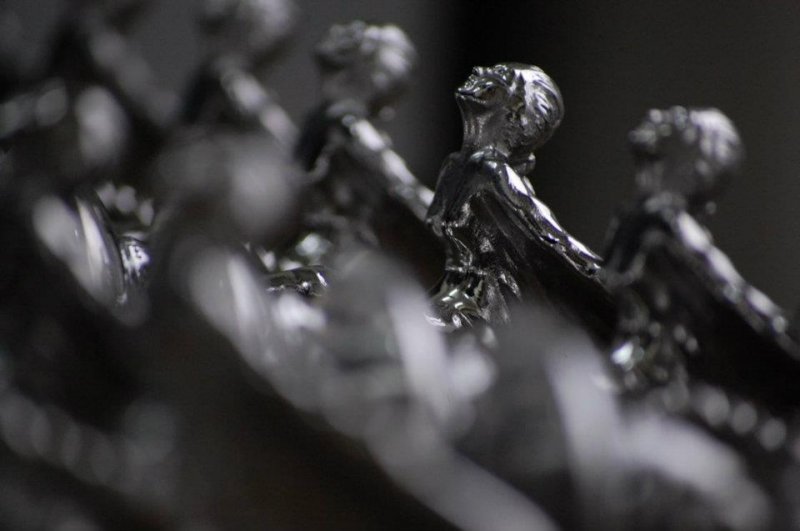 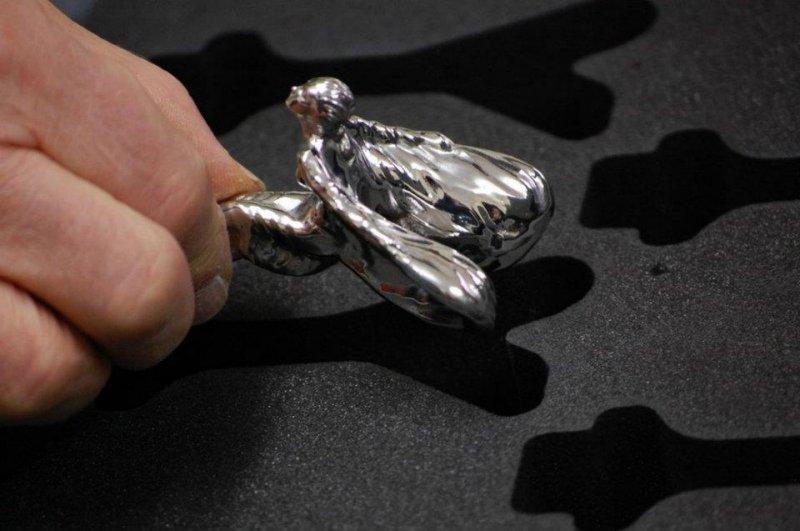