Some of the driveshafts may wear out prematurely which can cause the vehicles to stop moving forward.

The Acura and Honda vehicles may also roll away when parked without the parking brakes engaged.

Honda dealers will replace the right or left front driveshafts as necessary. Owner notification letters are expected to be mailed January 24, 2022.
//

Tesla is recalling all Model 3 cars from model years 2017 to 2020 because repeated opening and closing of the trunklid might cause the car's backup camera to stop working. Tesla says that 2021 models are not affected because they have a different design.

In a recall report submitted to the National Highway Traffic Safety Administration (NHTSA), Tesla reported that 356,309 Model 3 cars are affected. The car's trunk harness is equipped with a cable that feeds the backup camera, and Tesla says that excessive opening and closing over time might cause wear on the cable, disrupting the backup camera's feed to the infotainment screen.

Obviously, the car is still drivable, and drivers should never solely rely on the backup camera when driving the car in reverse anyway. Still, Tesla says that its service centers will check all affected vehicles and either install protection on the harness or replace the harness altogether with the protective guide. Those who have already addressed this issue prior to the recall notice will be reimbursed, Tesla says.

Additionally, Tesla has recalled 119,009 Model S cars from 2014 to 2021 model years because the front trunklid might come loose. Owners will be notified by letter starting February 18 for both recalls. In both cases, owners can check with the NHTSA recalls website to see if their vehicle is affected. 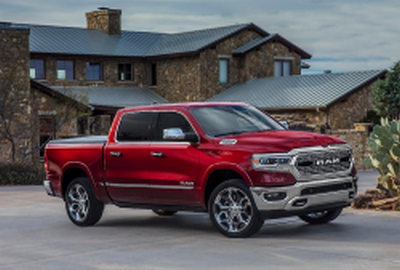 Chrysler is recalling 22 model year 2022 Ram 1500 trucks that will be repurchased by the automaker because the trucks may have been built with the wrong heating, ventilation and air conditioning systems.

This can cause the windshield defrosting and defogging systems to fail and cause visibility problems for drivers.

Fiat Chrysler mailed Ram 1500 recall notices yesterday with instructions about a buyback of the trucks. 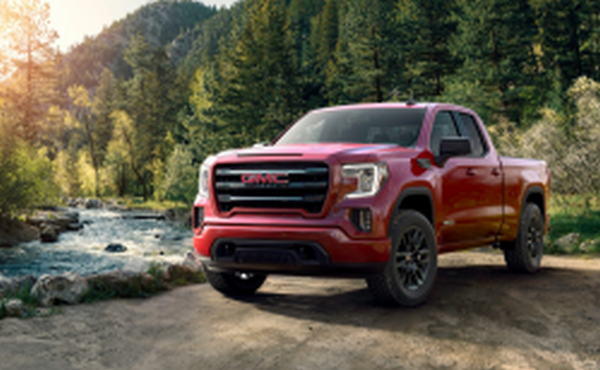 General Motors is recalling more than 600 trucks equipped with optional 18", 20" or 22" wheels and tires.

The problem with the 2019-2021 GMC Sierra 1500 and Chevrolet Silverado 1500 trucks involve the spare tires which are 17 inches and not compatible with the optional larger tires and wheels.

GM says using the spare tire can cause the anti-lock braking system to malfunction.

Truck owners should watch for recall notices in February 2022.

GM dealerships will provide new 17" spare tire and wheel assemblies compatible with the accessory wheels. Dealers will also apply new spare tire information labels and add owner's manual inserts clarifying which spare tire to use with the optional road tires and with the 17-inch original tires.

Two Jeep Wagoneer and Grand Wagoneer recalls include about 800 SUVs for radio software and seatback problems.

Most of the 2022 Jeep Wagoneers and Grand Wagoneers are recalled because the second-row center seat recliner pull straps may bind on the seat trim surfaces.

This can prevent the seatback from locking into an upright position.

In the second recall of 2022 Jeep Wagoneer and Grand Wagoneer vehicles, seven SUVs may have radio software that prevents the rearview camera images from displaying.

Chrysler dealers will possibly replace the rear center seat recliner straps, and in the recall of seven SUVs dealers will update the radio software.

Jeep Wagoneer customers should watch for recall notices in February 2022.

A Mercedes-Benz coolant pump recall will soon be announced after Mercedes mailed owner notification letters warning customers about the risk of fires from coolant pump leaks.

Official recall notices haven't been issued and to date nothing has been announced for the U.S. or Canada, but Mercedes says these vehicles are included if they were manufactured between January 2017 and October 2021.

In letters to owners, Mercedes said parts weren't available to perform recall repairs, but owners should be aware that fires are possible from the coolant pump problems.

The automaker also told owners the vehicles, "should be driven in a particularly prudent manner and usage reduced to the bare minimum."

CarComplaints.com will update this page when more is known about the Mercedes coolant pump recall.

According to the automaker, the communication module software may restrict or disable the emergency call system.

About 400 of the Mercedes vehicles are recalled in Canada.

Mercedes eCall recall notices will be mailed February 25, 2022, and dealers will update the communication module software.

26,000 Hyundai Sedans, SUVs Recalled over Windshield That Could Detach

Hyundai will recall 26,413 of its 2020 and 2021 vehicles because the windshield may be improperly attached and could come loose in a crash. A recall report filed by the National Highway Traffic Safety Administration (NHTSA) explains that the use of "non-conforming" flow additive mixed into clearcoat paint from a supplier, Axalta, may have caused "inadequate adhesion of the front windshield to the vehicle structure." According to the report, drivers of affected Hyundais may notice wind noise or water leaking from the windshield.

The recall involves 8256 2021 Elantra, 8561 2020 and 2021 Santa Fe, and 9596 2021 Sonata vehicles assembled beginning October 29, 2020. The report states that Hyundai stopped using the "suspect nonconforming clearcoat paint" on vehicles after December 16, 2020, and that there have been no reports of accidents or injuries as a result of the windshield issue.

Hyundai will notify owners of the affected vehicles on February 25 and will remove and reinstall the windshields at no charge. In the meantime, owners can check the NHTSA recalls website to see if their vehicle is one of those being recalled. 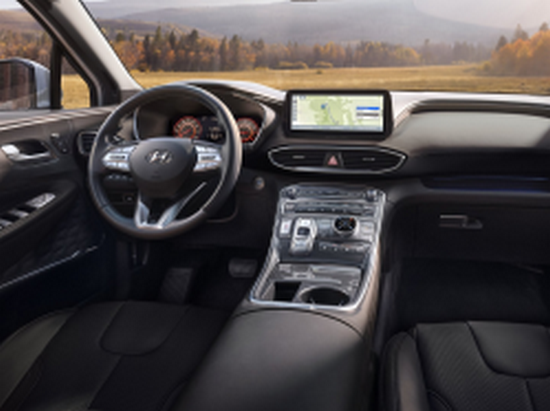 Hyundai is recalling about 1,000 model year 2022 Santa Fe HEV and Santa Fe PHEV vehicles because of problems with the instrument clusters.

Hyundai says the LCD screens may invert the images when starting the vehicles.

About 283 of the vehicles are recalled in Canada.

Hyundai Dealers will replace the instrument clusters once recall notices are mailed February 25, 2022.

If your Ford brake lights won't turn off, a recall may help if you own specific vehicles in certain states.

Ford is providing a customer satisfaction program for vehicles not sold or registered in southern coastal states and Hawaii because the failure rates are low.

Customers complain their Ford brake lights won't turn off because the environment can damage the brake pedal bumpers due to high humidity, salty air and high temperatures.

The National Highway Traffic Safety Administration contacted Ford in July 2021 about 2015 Mustang brake lights that wouldn't turn off even though the brake pedal wasn't being touched.

An investigation indicates as of November 16, 2021, Ford received 615 warranty claims alleging the brake lights wouldn't shut off because the brake pedal bumpers fell off on the recalled Ford vehicles.

Owners also reported they could shift out of PARK even though the brake pedals weren't pressed, however, all braking functions remained.

To ensure the Ford brake lights don't stay on, dealers will replace the brake pedal bumpers and clutch pedal bumpers.

Ford says nearly 20,000 trucks are recalled because small voids may be in the top of the secondary fuel filter caps which can eventually become pinholes.

Fuel could leak from the pinhole and leak onto a hot ignition source and start a fire.

Customers said they could smell fuel, and the three trucks weren't old because the mileage ranged from 800 to 9,000 miles.


"Upon further analysis, the supplier identified voids in the injection molding gate area of the cap. The secondary filter cap tool has two cavities. All three return parts were produced from cavity #1. Further investigation of suspect filter build dates and quality records identified a contamination issue that occurred with cavity #1 on September 18, 2020 between 9AM - 10:40AM." — Ford​
As of November 16, 2021, there have been 22 warranty claims but no crash or injury reports. One fire has been reported but Ford doesn't know if the fire was related to the fuel filter because, "Ford did not have an opportunity to inspect this vehicle or filter."

Ford will mail recall notices February 21, 2022, and dealers will replace the primary and secondary fuel filters. 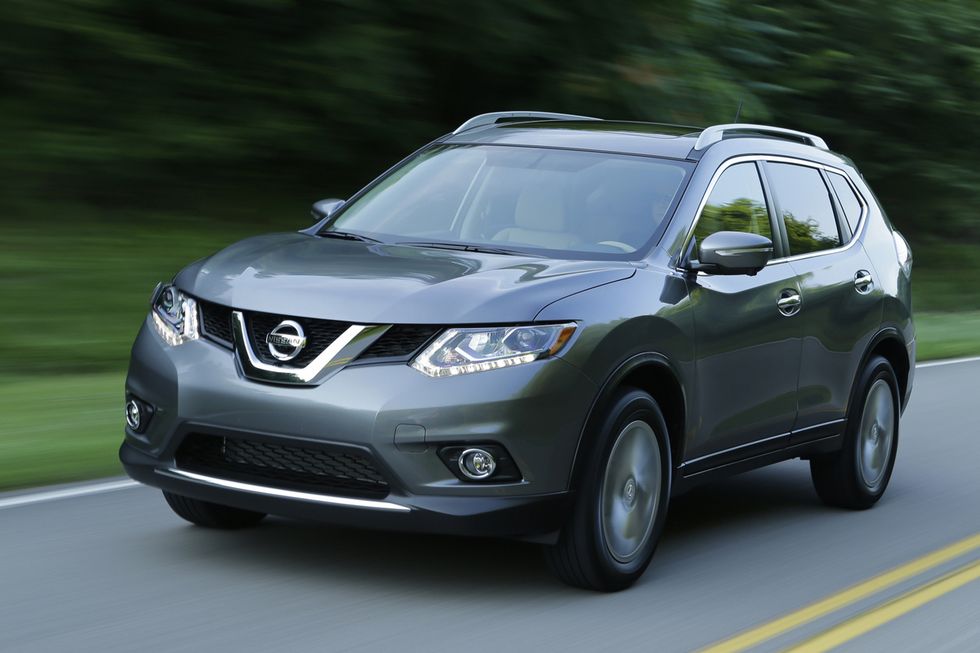 Nissan announced it will recall nearly 700,000 of its 2014–2016 Rogue SUVs to fix a problem with the dashboard harness connector. Over time, salt and water getting in through the driver's-side footwell could "wick up the dash-side harness tape and enter the connector," Nissan said. This could lead to a number of problems, according to a report filed with the National Highway Traffic Safety Administration (NHTSA). Among them could be failure of the driver's-side power window or power seat controls, illumination of the all-wheel-drive system warning light, battery discharge, "a burning odor," smoke under the dash on the driver's side, and, potentially, fire.

A Kia airbag control unit recall involves more than 410,000 of these vehicles equipped with airbags that may suddenly deactivate.

The airbag control unit problems occurred during manufacturing of the circuit boards and damage to the soldering joints which can cause open circuits.

This will trigger the airbag warning lights and diagnostic trouble code B1620, but most importantly the airbags will fail to deploy.

Kia Korea learned of an illuminated airbag warning light in July 2021 that occurred in a 2019 Kia Sedona, and engineers discovered diagnostic trouble code (DTC) B1620 had been set. The code relates to an internal fault of the airbag control unit, but engineers couldn't duplicate the issue.

A second Korean report came in and again the same trouble code appeared in a 2019 Kia Sedona, but this time engineers found problems with the soldering joints.

The automaker has received 947 warranty claims related to trouble code B1620 in the recalled models.

Kia dealers will check to see if the airbag warning lights are illuminated and if diagnostic trouble code B1620 is present and if those conditions exist, the airbag control units will be replaced. Other than that, dealers will update the control unit software.

In addition, owners who paid for previous repairs should ask about reimbursement of those expenses.

Owner recall notification letters are expected to be mailed March 21, 2022. 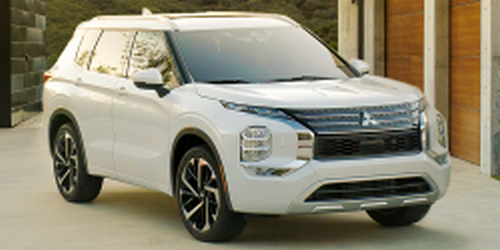 A 2022 Mitsubishi Outlander fuel pump recall includes more than 20,500 SUVs because wires inside the fuel pumps may be incorrectly fused.

In June 2021, Mitsubishi received 5 field reports from the U.S. about Outlander engines that stalled or wouldn't start.

This was followed by 21 more Outlander reports and engineers found the internal fuel pump problems.

Mitsubishi continued to investigate returned fuel pumps and confirmed the problem occurred at the supplier before July 2021, but the automaker says no crashes or injuries have been reported.

Mitsubishi says the supplier made mistakes during manufacturing of the fuel pumps that can cause the fuel pump brushes and commutators to suffer abnormal wear.

This can cause the fuel pump to fail and stall the engine.

About 3,900 of the Outlanders are recalled in Canada.