New exhaust is looking very good.
Your departure angle and ground clearance near exhaust will be affected by this new exhaust tip. It might also damage it in tight situations.
Last edited: Aug 30, 2021

mayankdixit said:
New exhaust is looking very good.
Your departure angle and ground clearance near exhaust will be affected by this new exhaust tip. It might also damage it in tight situations.
Click to expand...
You are right - it did alter the departure angle and that was the only fear I had during dune bashing in Jaisalmer. Luckily there was no damage (most likely due to sand). As mentioned previously, had to revert back to stock exhaust in compliance with the (mis)interpretation of the law.

Quite late in sharing the same but trying to bring it upto speed.

The eighth service of 70,000 Kms was done in June 2021. The service bill was Rs. 10,514/- with the usual inclusions of close to 9 liters of Shell Fully Synthetic Oil, Oil Filter, Diesel Filter, Cabin Air Filter and some other minor aggregates with Alignment and Balancing. Since this was the first service where I had not went along and had just reached in evening to pick the Endeavour, right after making the payment I enquired about whether they had transmission oil replacement aggregates. They checked and confirmed the entire set was available and I took the call to go ahead with the oil replacement and dropped the vehicle back since there have been numerous articles and videos recommending early oil change for 6R80 for better life and improved shift quality (latter being more important for me).

Once the oil was drained, it was clear that the quality of oil examined via the dip stick is pretty deceiving. Deep red colour still visible on the dip stick. 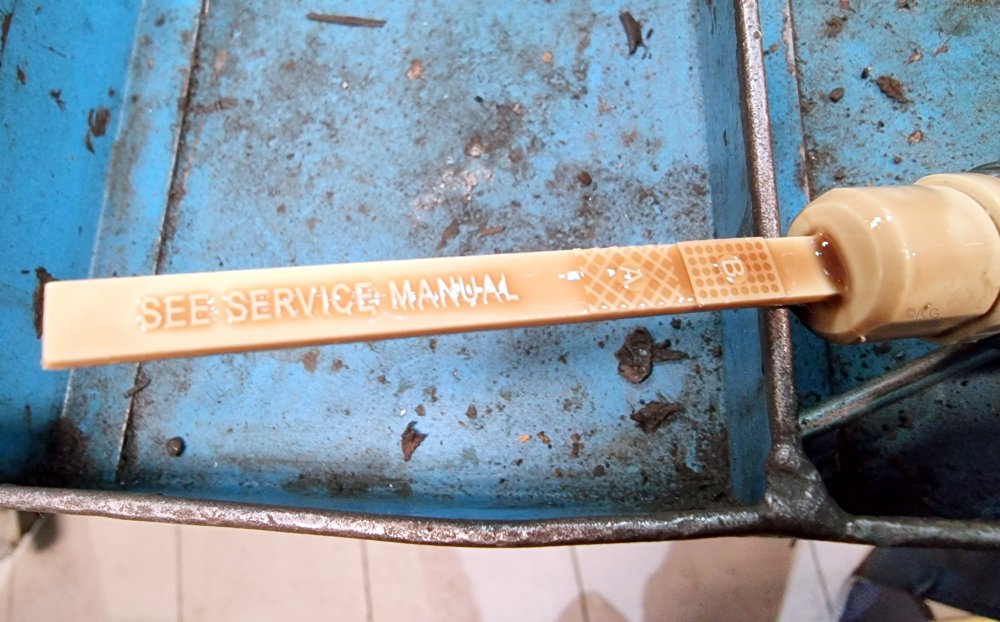 Actual condition of oil which had turned to almost brown 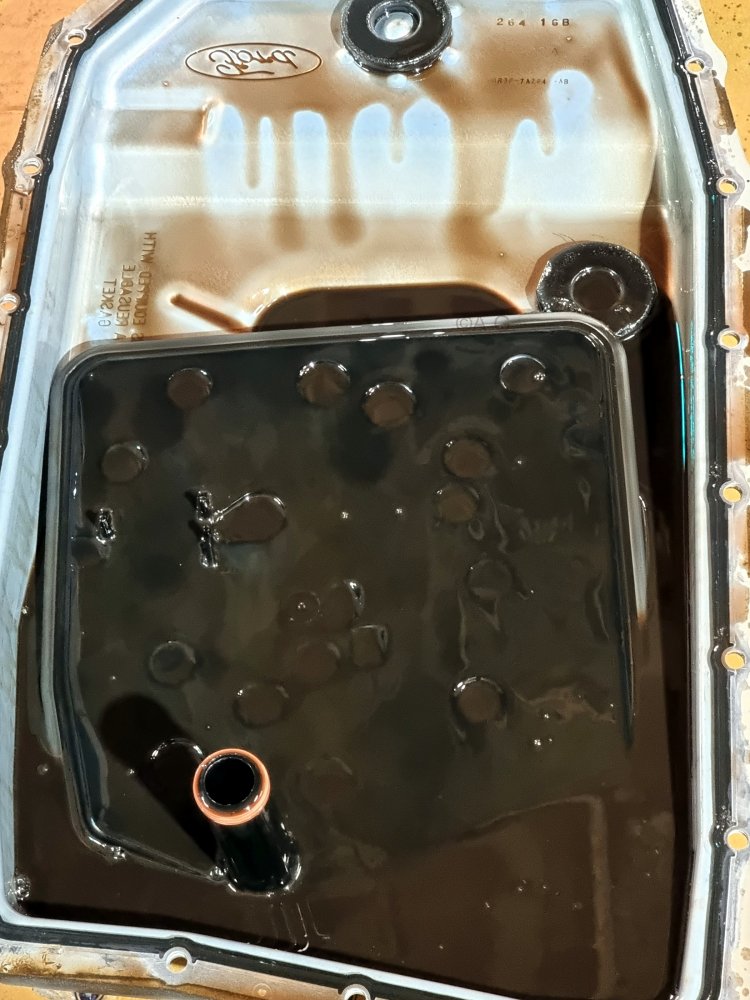 With the Filter and magnets removed 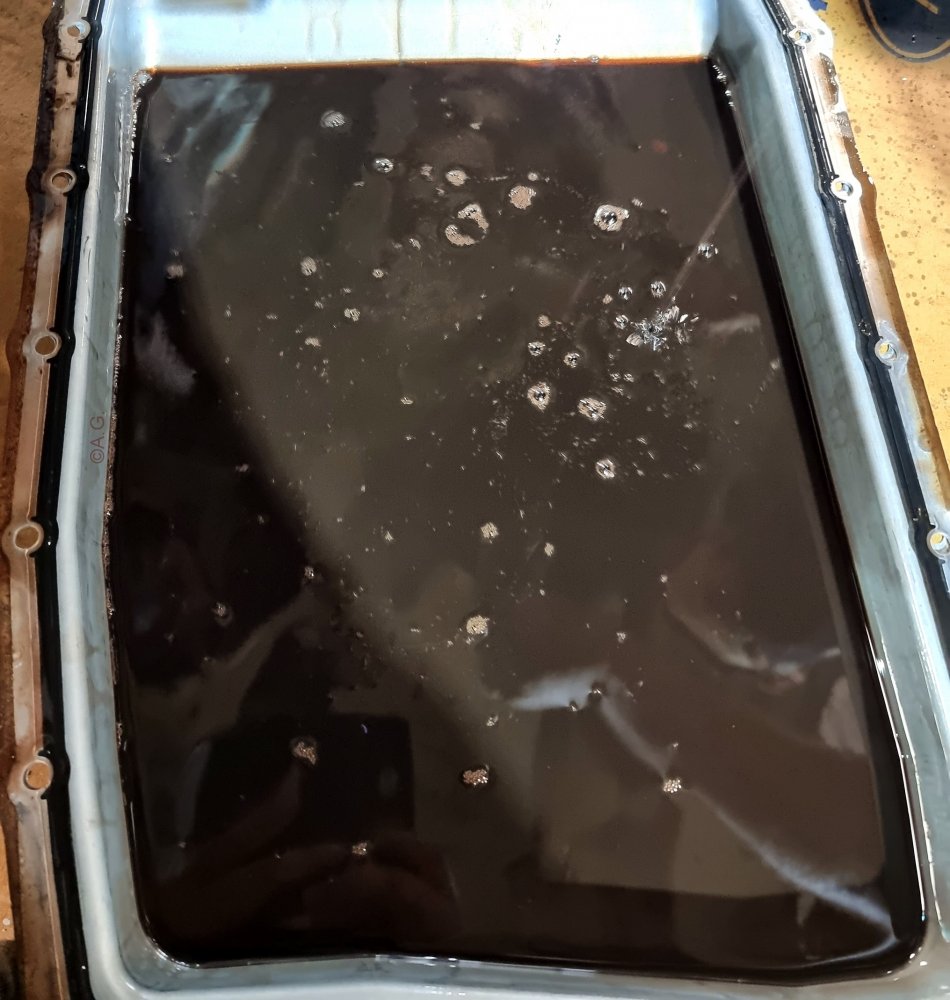 While the Pan itself is stamped with the note related to reusable gasket, it was replaced as well not taking any chances 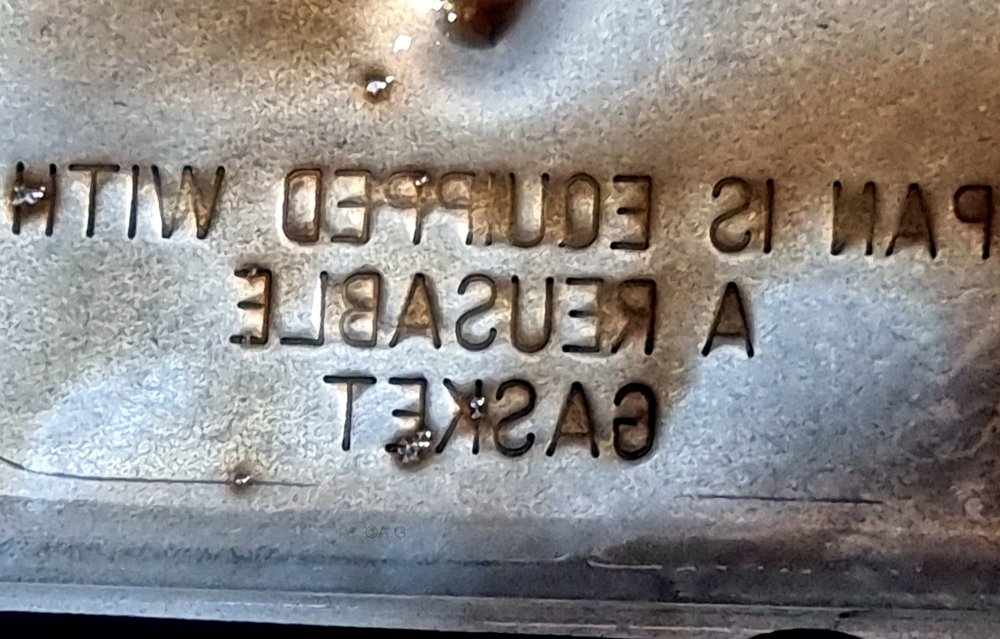 Without the proper tool, the oil extraction would have been a messy affair and filling new oil would have been a big chore. After cleaning the pan, it was time fit the new parts and fill fresh oil. Once most of the oil had been filled to the point that it started coming out of the fill / dipstick hole, the engine was started and oil was topped-up. Post this the adaptive learning tables were cleared and vehicle was driven to bring the oil to working temperature after which the oil quantity was again checked and topped-up. I would say it was a worthy investment of around 11k.

There was a long pending issue of noise from the sunroof caused during rains / after a water wash.

The noise was finally addressed by replacing the sunroof drain end plugs which had widened most probably due to cleaning with pressurized air. This resulted in the boiling water like noise caused by water draining down while air rushing back up to the sunroof at highway speeds. 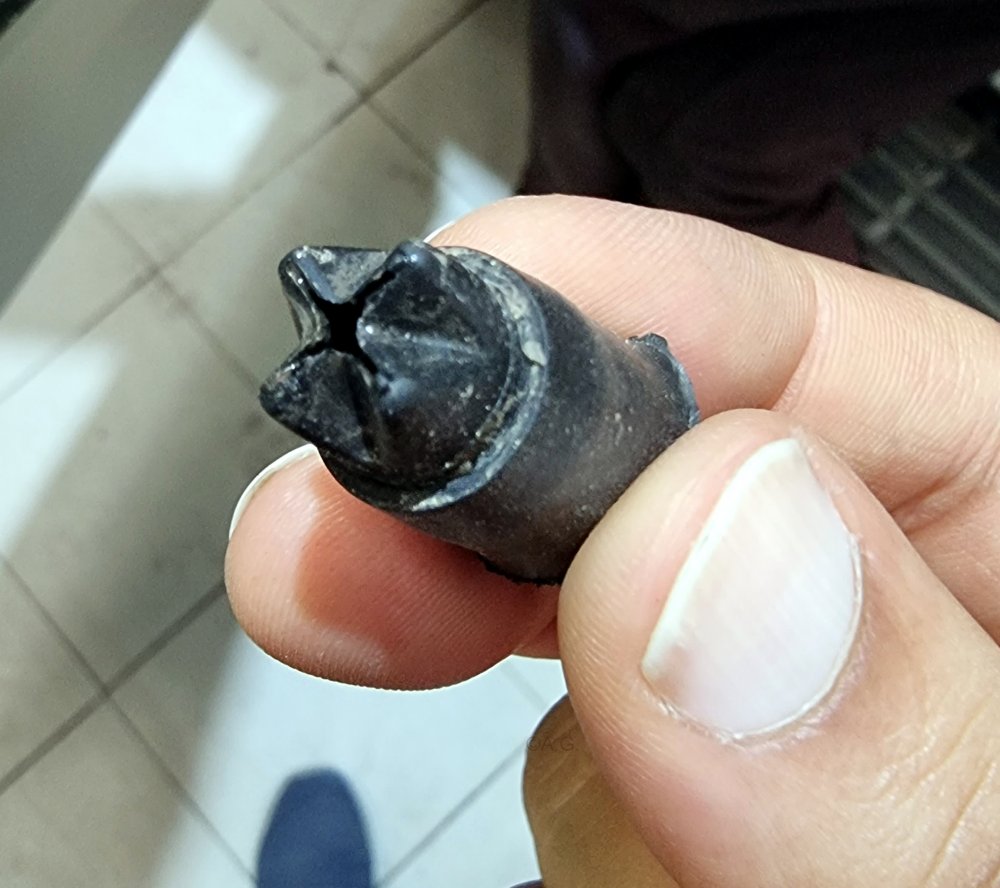 Parting shot from the service center before finally taking the delivery 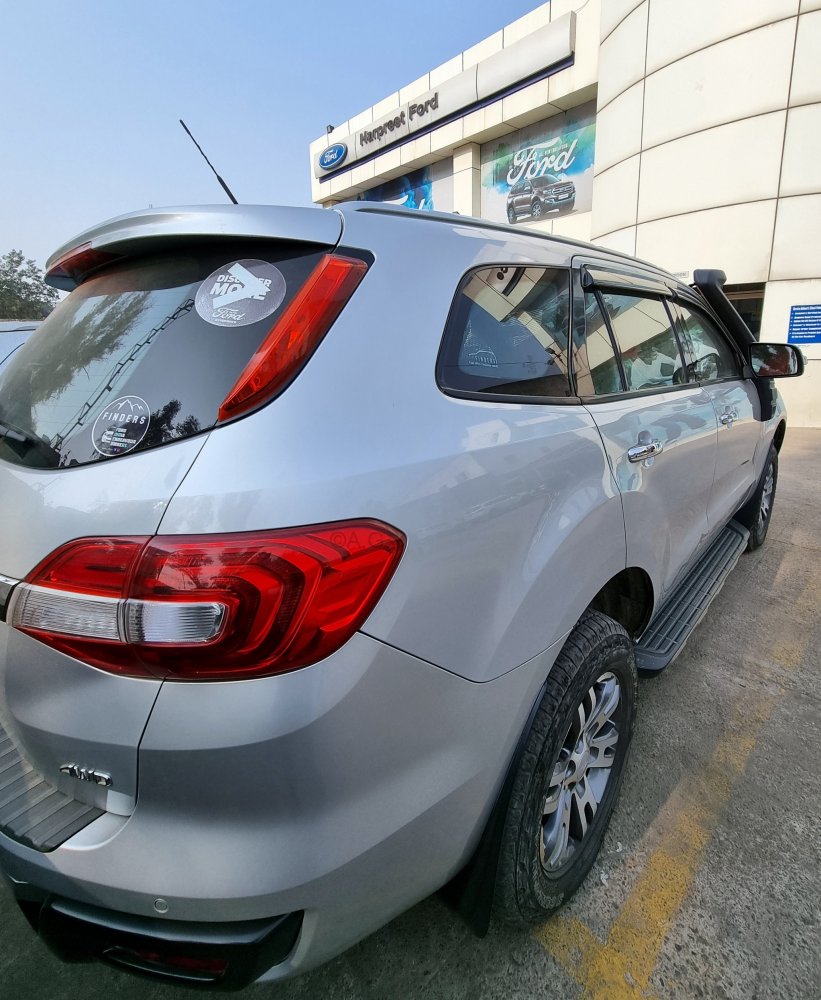 With usual running, it was time again for next service by Christmas of 2021 which a group of fellow Endeavour owners had gone to celebrate in Bharatpur. For me the trip turned out to be a nightmare as the electronic latch stopped working meaning the only way to access the luggage in the boot was via the middle row. It could have been fairly simpler had it not been the Ford’s Cargo Cover which took a lot of patience and gymnastic moves to unhook in the closed boot without damaging it.

A picture of all the Endeavours occupying the parking

The Ninth service of 80,000 Kms was due also while returning from this trip and luckily the dealership was able to arrange the latch overnight from Ford Parts Distribution Center. The tricky part was removing the panels of the boot to access the latch – all this with the boot being closed. Luckily no trim was scuffed or damaged in the process and in under an hour the latch was replaced.

Picture taken right after the boot was opened 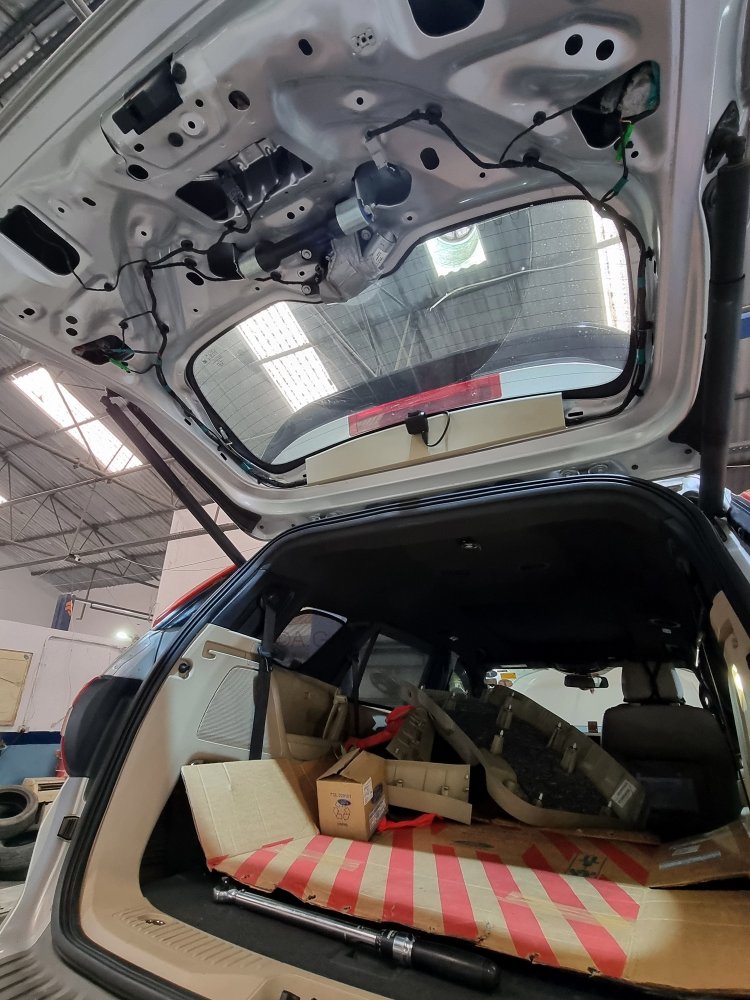 Condition of the fuel filter 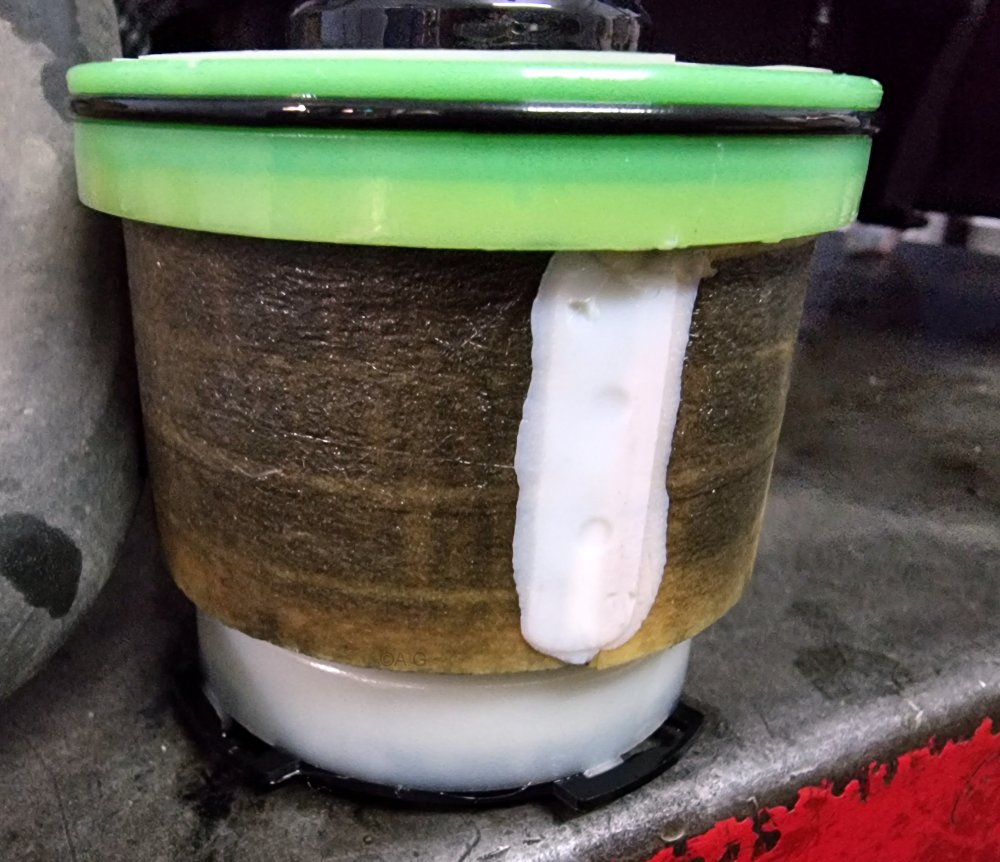 Getting a thorough wash 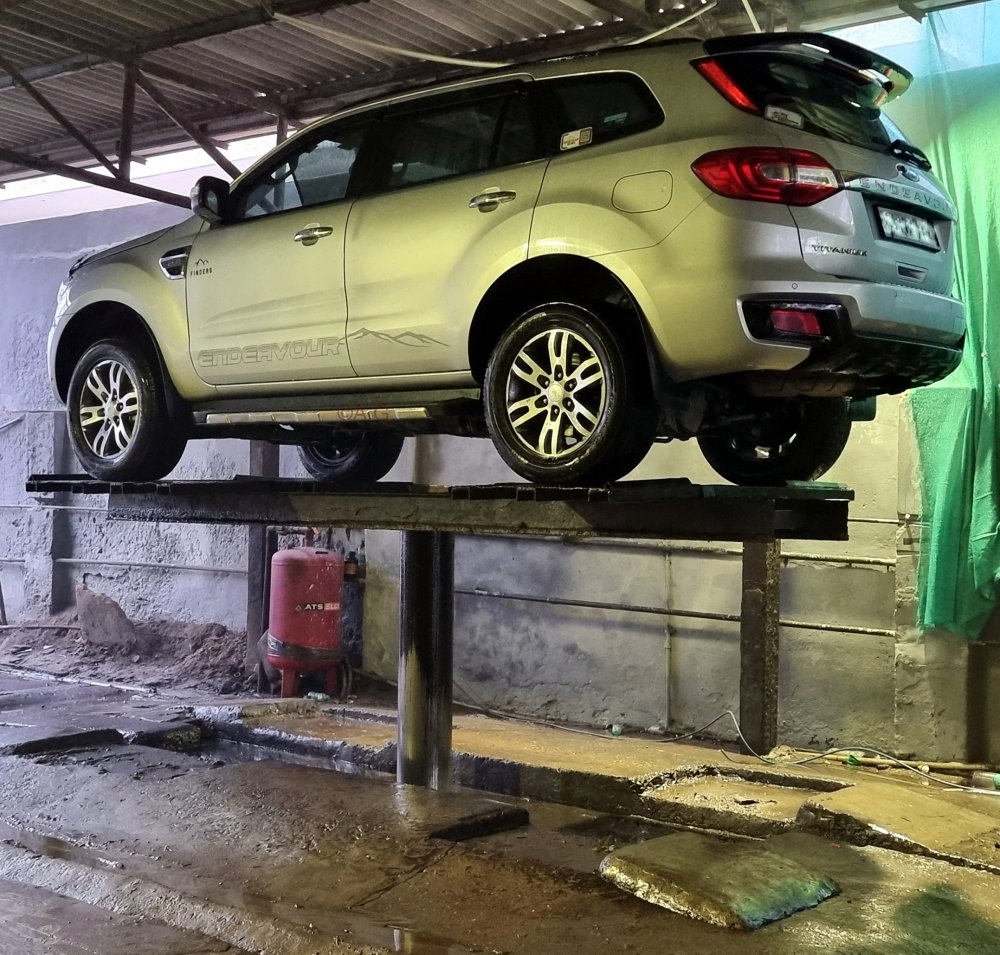 The usual service with fuel filter replacement amounted to Rs. 8,756/-.

On a separate note, refereeing to the previous post where I had mentioned about the noise from brakes, sharing a video of the noise experienced which was solved with by avoiding the brake pads with part number ending with 2200E.

The tenth service of 90,000 Kms was done in May 2022. The service bill was Rs. 20,192/- and for the first time Shell Oil was not available, instead Mobil Super 3000 X1 was used. Apart from the usual inclusions of Oil Filter, Diesel Filter, Air Filter and some other minor aggregates with Alignment and Balancing, the increased price was due to bent Brake Caliper Pins which had damaged the Brake pads as well. Also, due to the debris which had accumulated between the radiator and condenser, both were removed and cleaned along with the fan and intercooler. Since it was already 90K Kms on the odo, the coolant was completely replenished with new for peace of mind.

Picture of the oil barrel 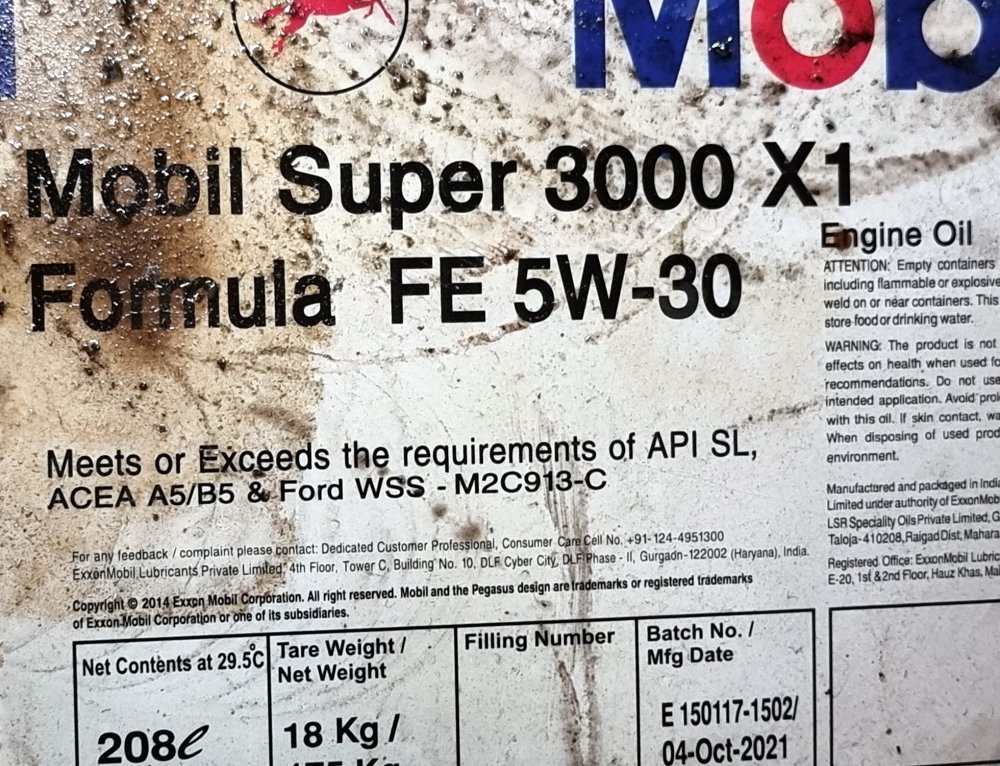 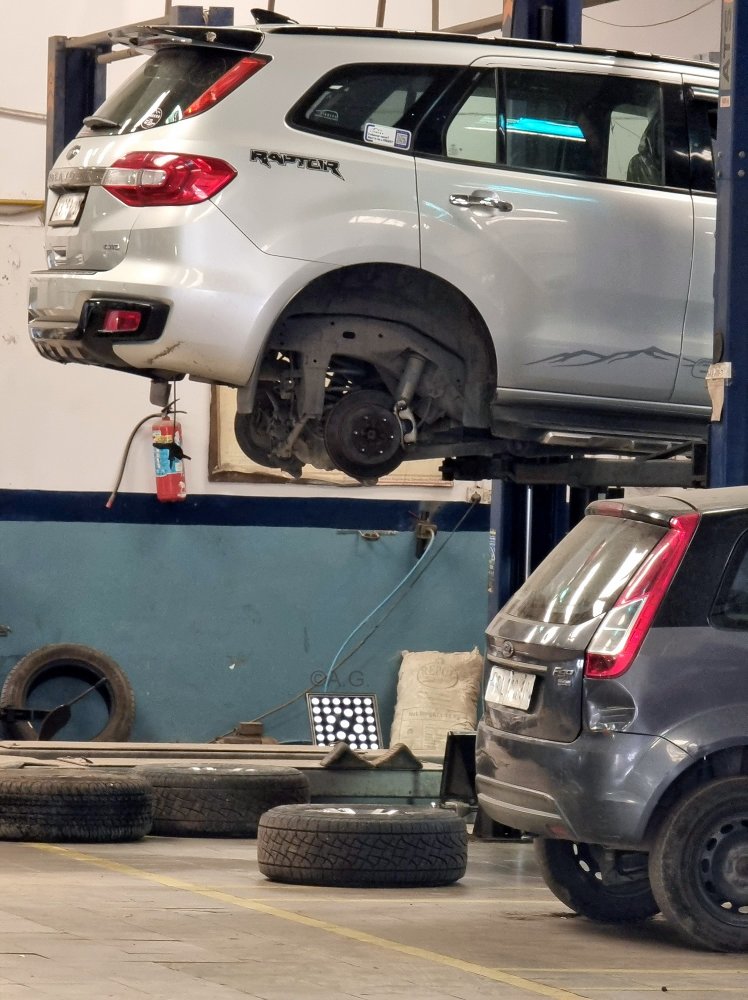 After initial round of cleaning, still some debris is stuck 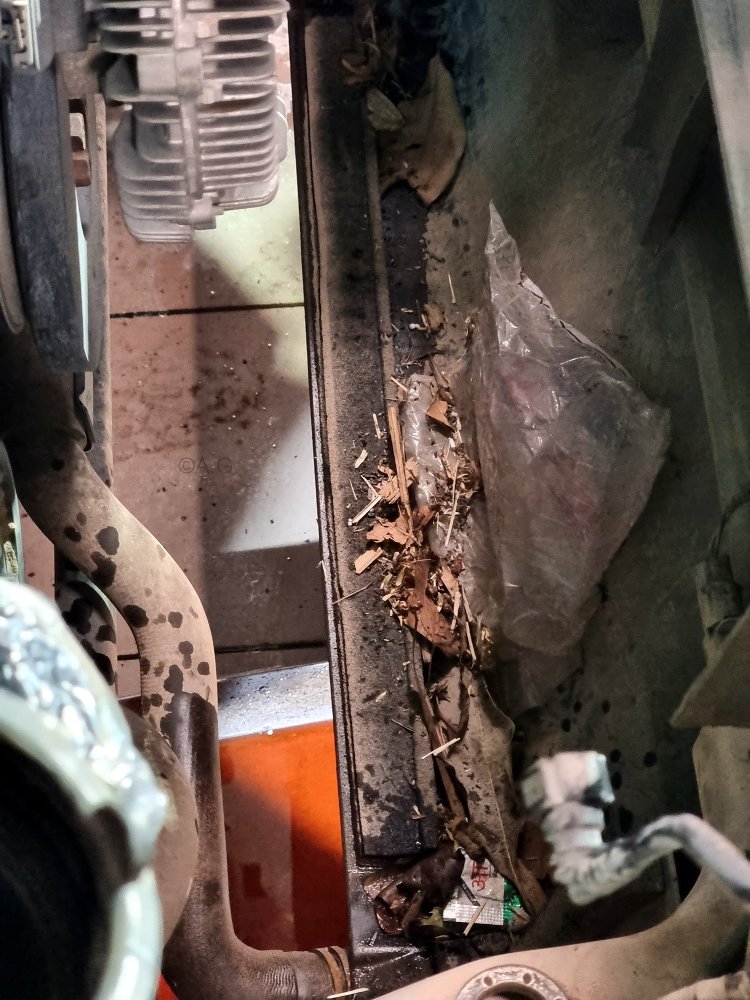 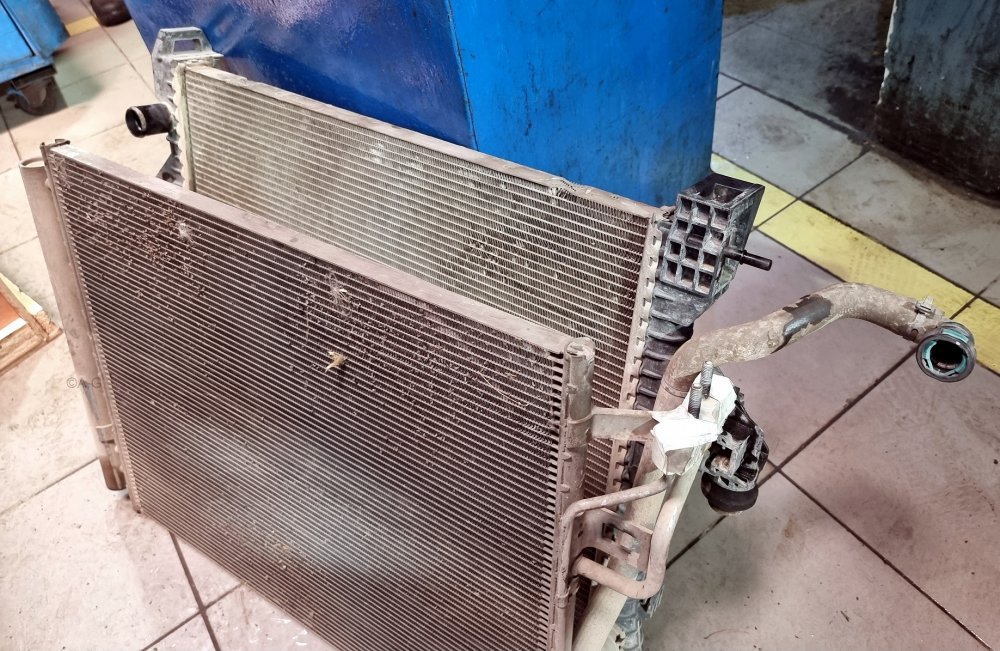 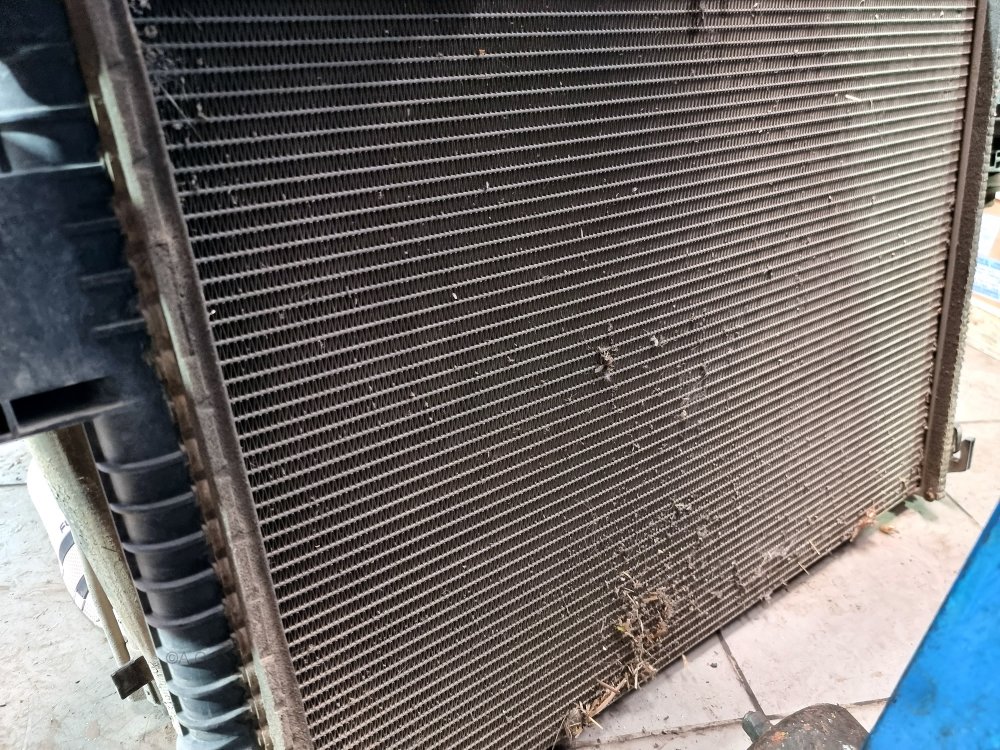 Caliper pins (one is slightly bent) 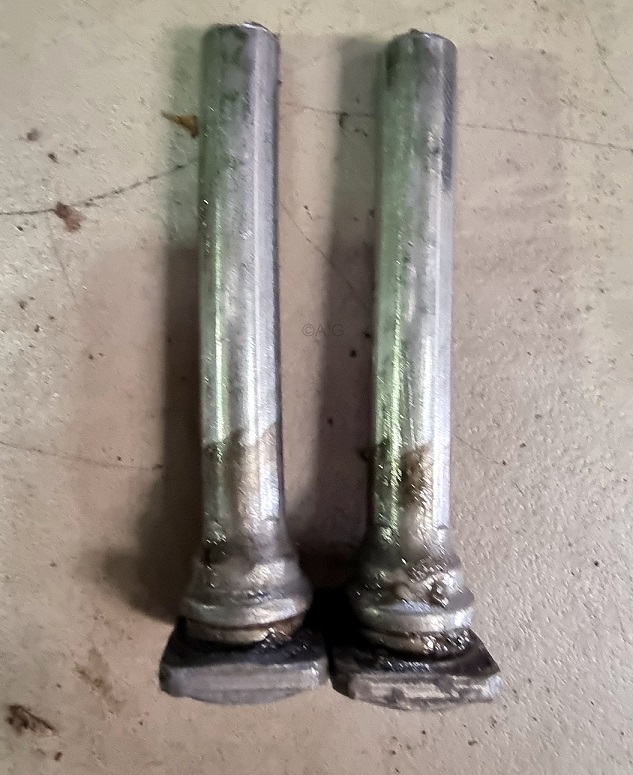 I am still clueless how without any external impact the caliper pin got bent on one side which resulted in excessive wear of a single brake pad as opposed to even wear of both sides. 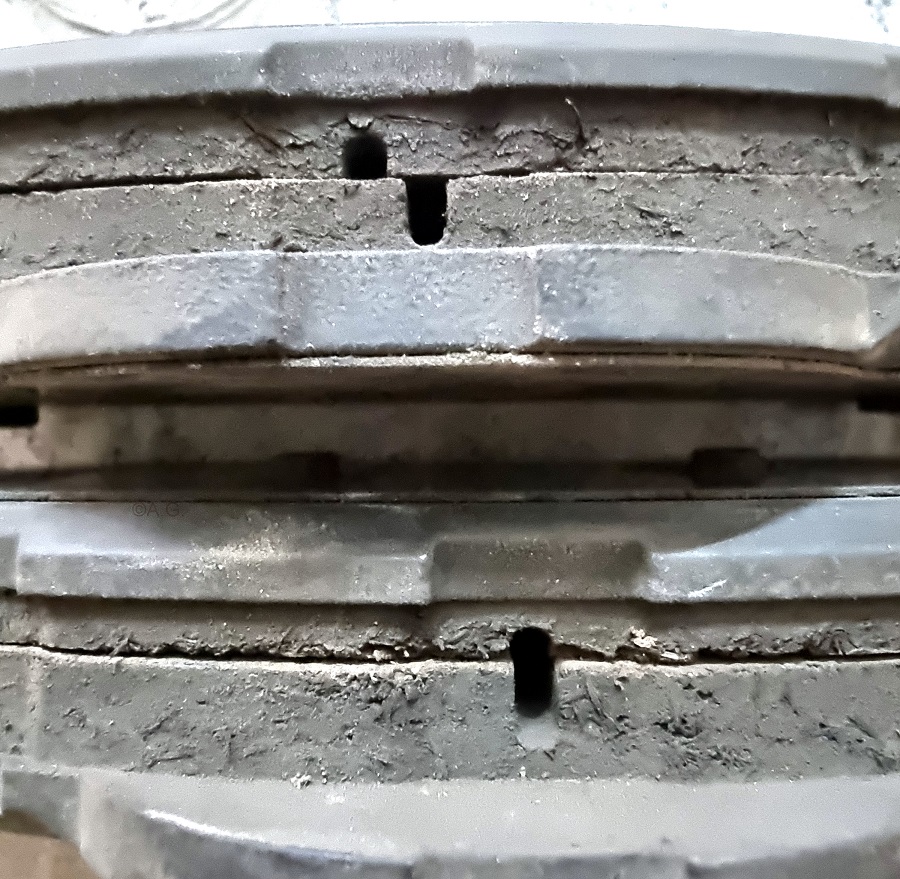 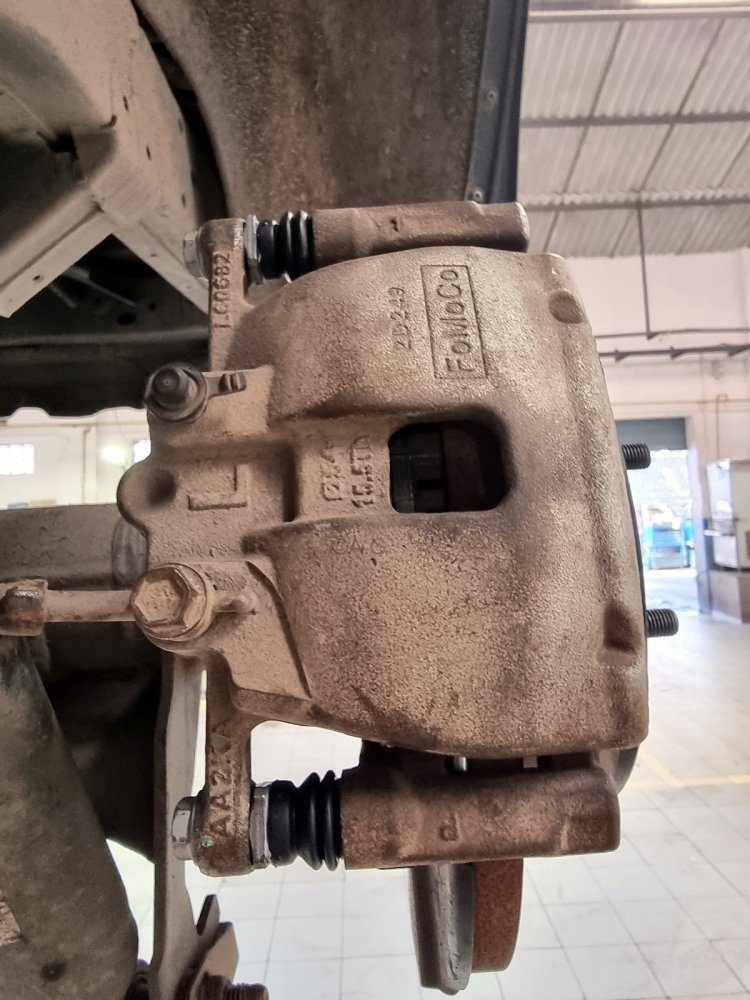 A big shout out to the team at Harpreet Ford Sahibabad for actually being able to pinpoint the issue of uneven brake pad wear and for arranging a ‘slow moving’ part (the caliper pins) from another dealer overnight.

A couple of pictures on the way back from service 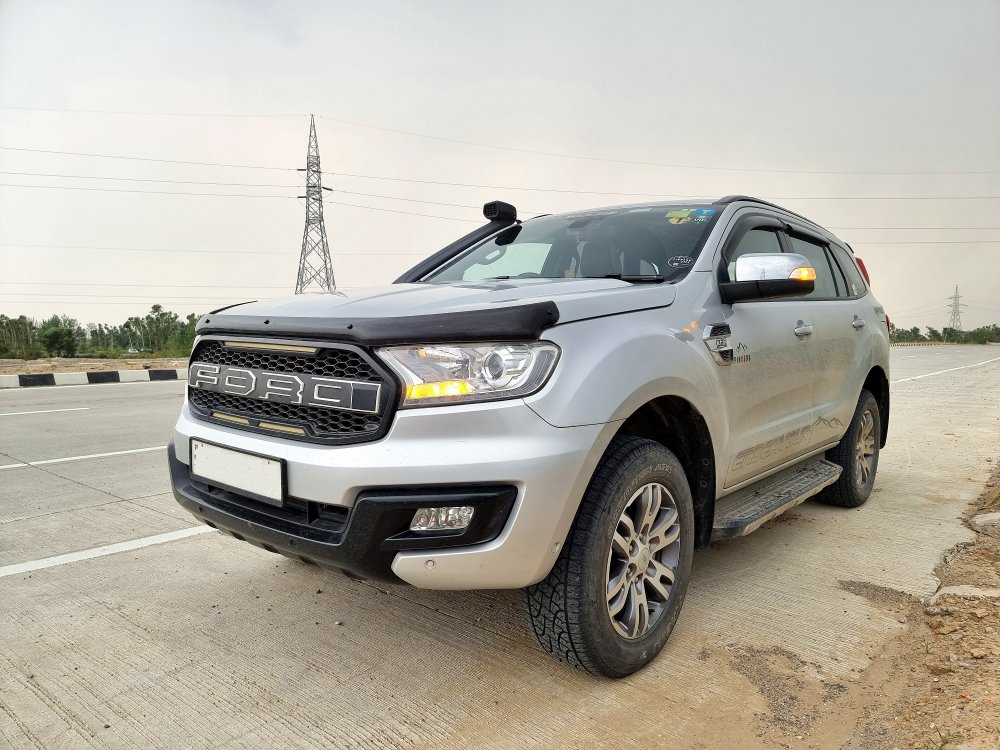 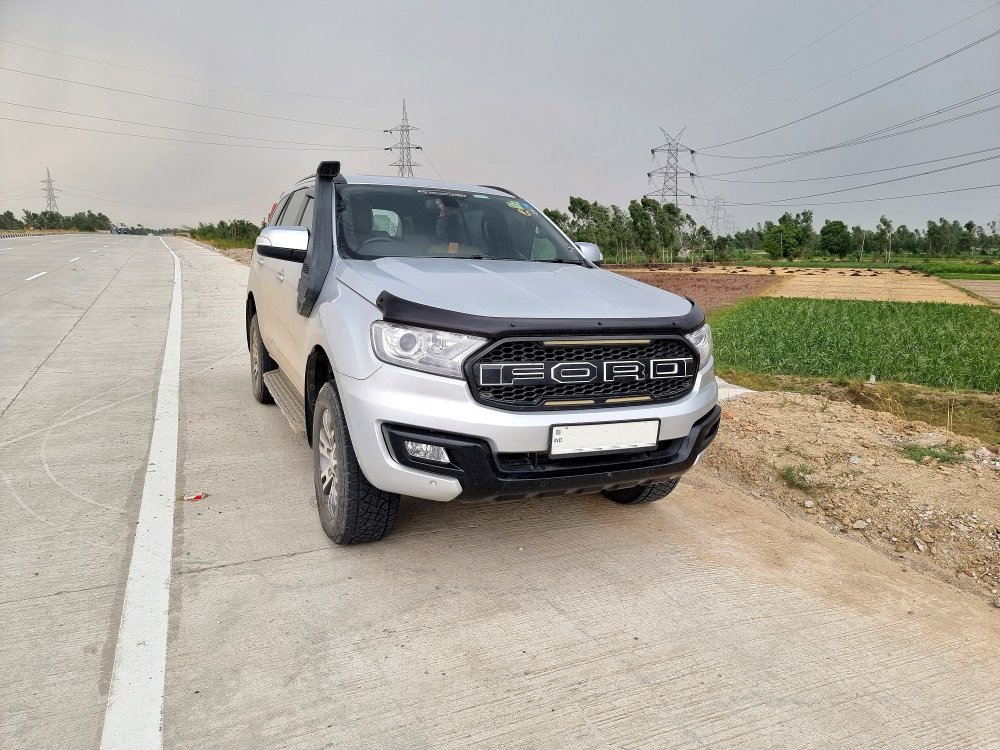