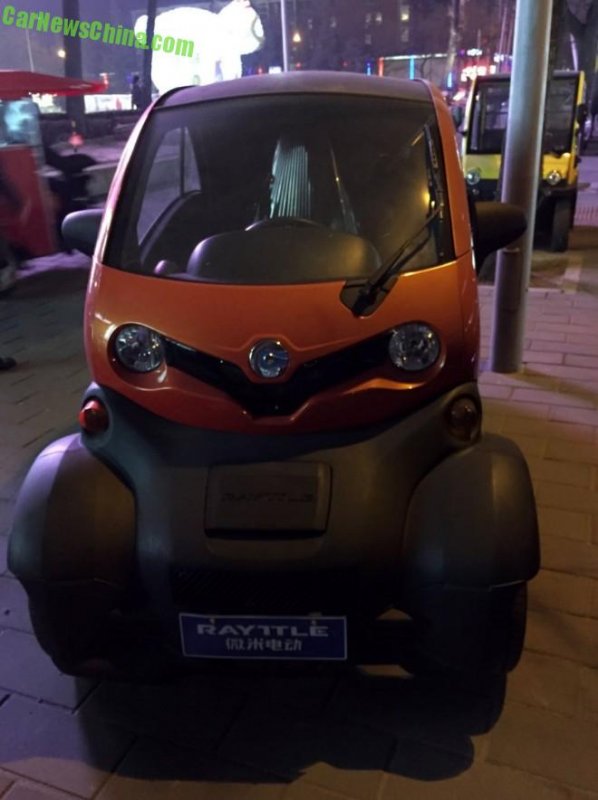 source:Car News China
Click to expand...
This is called day light robbery.What makes these copying favourable is the law related to the registration of products.If i'm right, to stop copying these,each 'original' manufacturers need to register their product in china.
Last edited: Jan 12, 2015

Bumping up the thread! 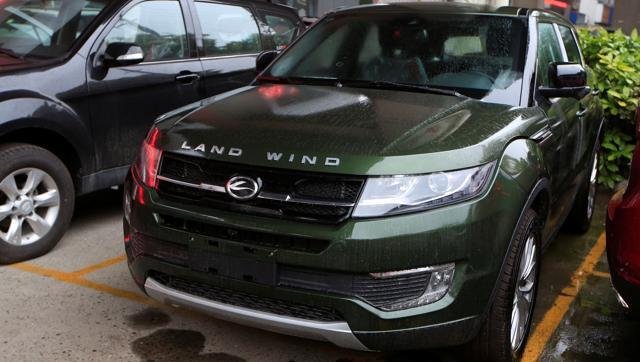 This is a rare move by a foreign automaker to fight copycats in the world’s biggest autos market.
Click to expand...
link

European Union has refused a design registration request of a Chinese brand which imitated the Vespa Primavera. 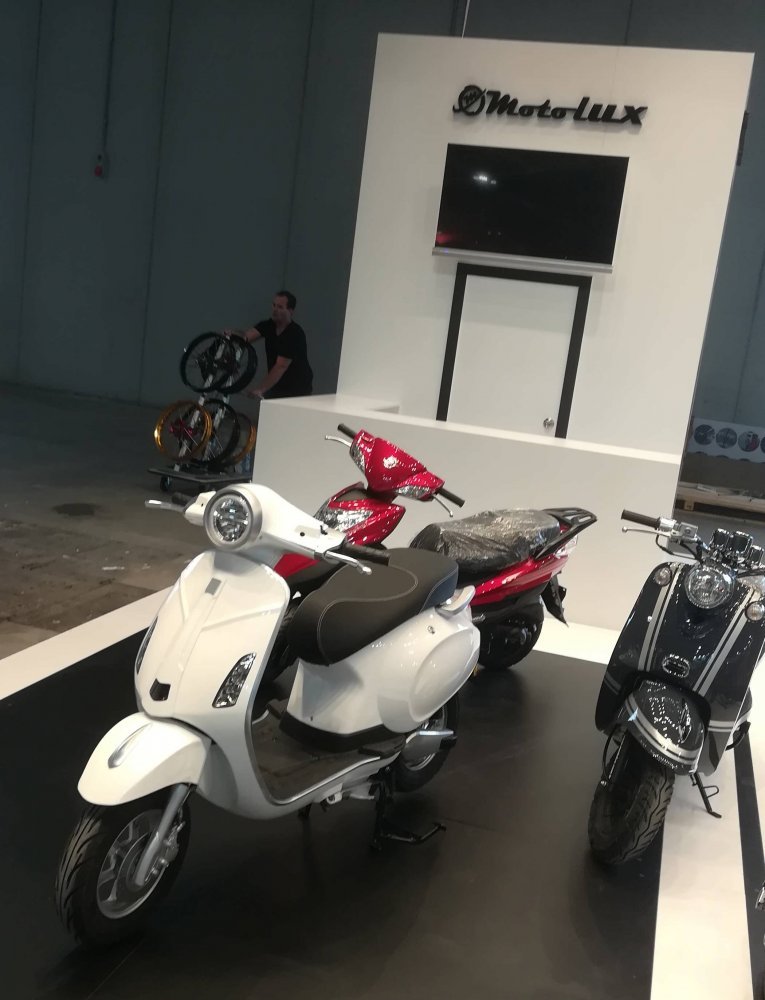 ​
The Piaggio Group (PIA.MI) said that a design registered by a Chinese party, used to justify the production of scooters similar to the Vespa exhibited at the EICMA 2019 two-wheeler show in Milan, which were removed by the authorities of the Fiera exhibition centre after a complaint was lodged by Piaggio, had been declared invalid by the invalidity division of the European Union Intellectual Property Office (EUIPO).

The EUIPO invalidity division annulled the registration since it was “incapable of eliciting a different general impression with respect to the registered design” of the Vespa Primavera, and pointed out that the registration was an unlawful attempt to reproduce the scooter’s aesthetic elements.

The Vespa Primavera is protected by the design registered by the Piaggio Group in 2013, by the three-dimensional trademark of the Vespa scooter and by the copyright that safeguards the artistic value of the shape of the Vespa, a style icon since 1946.

The invalidity proceedings are part of the wider activities against counterfeiting undertaken by the Piaggio Group for years. This includes continuous monitoring of the databases of internationally registered designs and trademarks, which, as a result of the opposition proceedings initiated by Piaggio, has led to the cancellation of more than 50 trademarks registered by third parties in the last two years.
Click to expand...
Drive Safe,
350Z

And there they go again! Doing what they are best at... 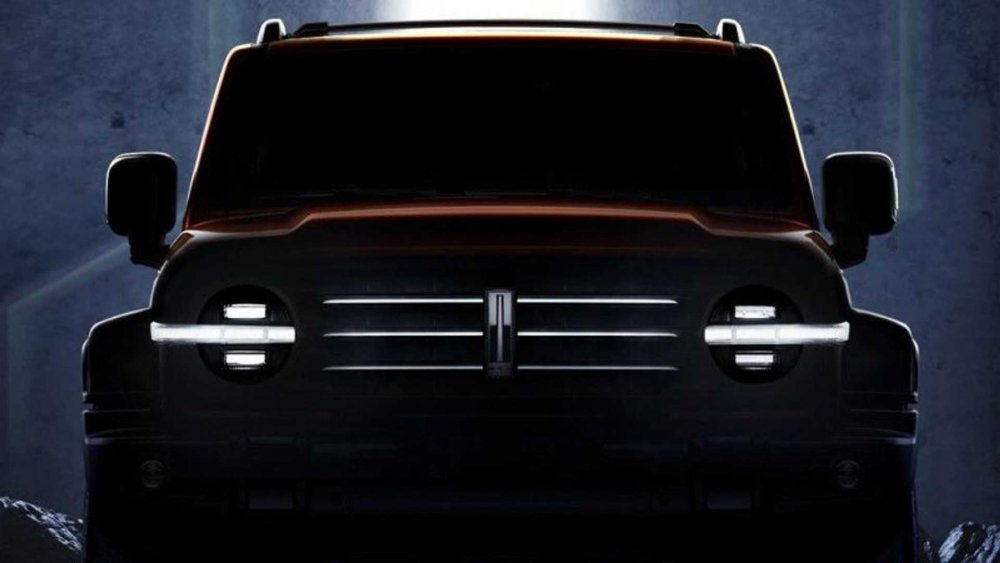 Chinese automakers are infamous for cribbing the designs of other makes and models. Even as the Chinese auto industry matures, there are still new models coming out that look awfully similar to those of other automakers. The latest comes from Wey, a brand established by Great Wall Motors in 2017, and it seems like it used the new Ford Bronco as the starting and finishing points.
Codenamed the Wey P01, the rugged-looking SUV only has a handful of teasers available for us to look at, though they do show off quite a bit. Both the Bronco and P01 feature upright front ends with Wey going as far as to flip the Bronco's headlight design treatment as if no one would notice. They even wrap around it the front to the front fender to give it a bit of personality. However, it does feature a unique, though dull, grille design.
Click to expand...
Link 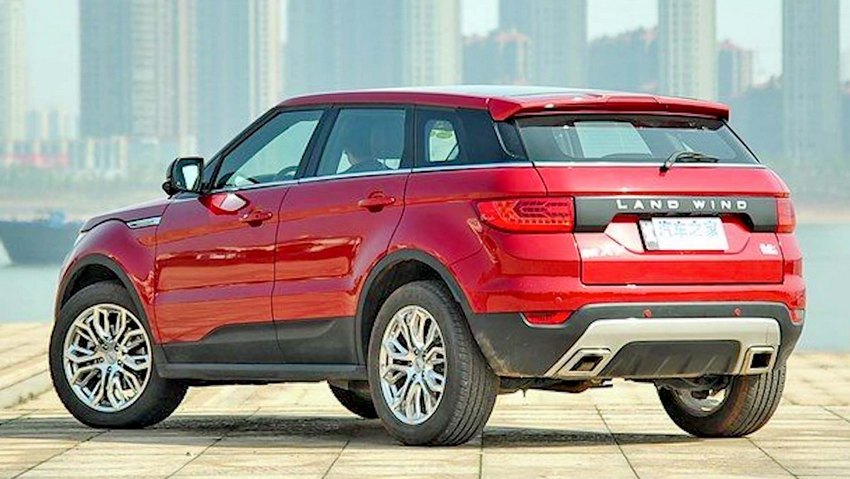 One area where Chinese carmakers have been heavily criticized is their fascination with creating near-identical replicas of popular cars. The worrying thing is that many of these vehicles are being produced by some of the largest ‘state-owned’ carmakers in China.

If it was the work of some obscure manufacturer, the entire thing could have been easily ignored and forgotten. Here’s a video posted by YouTube channel ‘carwow’ that exposes some of the worst ever Chinese knockoff cars.

Akash1886 said:
And there they go again! Doing what they are best at...

Link
Regards
Akash
Click to expand...
Well ford cannot complain about bronco since I feel bronco is lifted from the Legendary Defender, Wey took it to next level by literally copying the bronco.

Copycat Jeep that the Chinese sell in Pakistan


The video has been uploaded by PakWheels.com on their youtube channel.

BAIC BJ40 Plus is an off-road vehicle available in two types of engines i.e. 2.0-litre petrol engine with a turbo with automatic transmission that produces 160 kW power and 270 Nm torque and 2.0 -liter diesel engine with a manual transmission. Among them, the 2.0-liter variant comes with both options, including 2WD comfort and 4WD model.

China launches 1958 Corvette replica ... and it's a plug-in hybrid 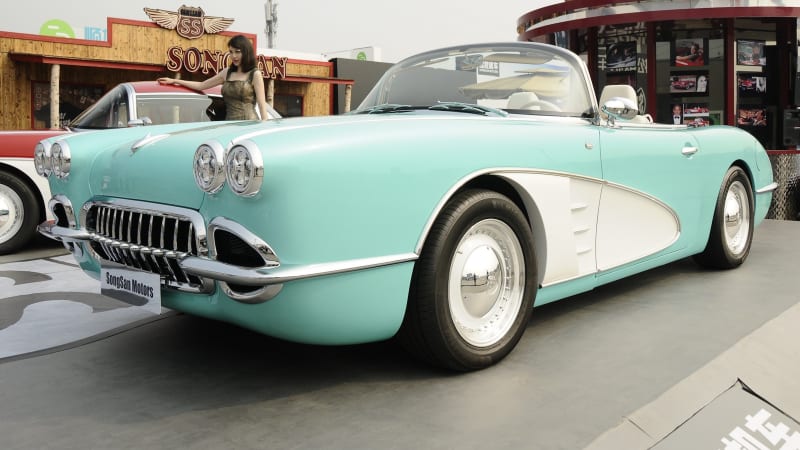 Unveiled earlier this week at the Beijing Motor Show, the designers of the hard-top convertible have apparently been inspired by the 1958 Chevrolet Corvette C1.

The Chinese copycat car is powered by a turbocharged 1.5-litre plug-in hybrid combination and, according to the brand’s website, can accelerate from 0-100km/h in 4.9 seconds.

It may lack a V8 but if the performance claim is true, the 1958 Corvette knock-off is quicker than the car that inspired it. The Corvette C1 took around eight seconds to reach the same speed. 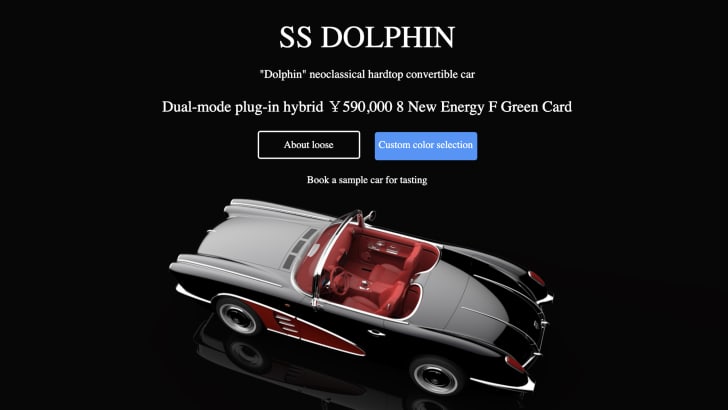 The wheelbase is significantly shorter than that of the C1, and the nose extends further over the front axle than the Corvette.

Proportions at the tail end are not much better, with the rear-wheel arches completely missing the mark. 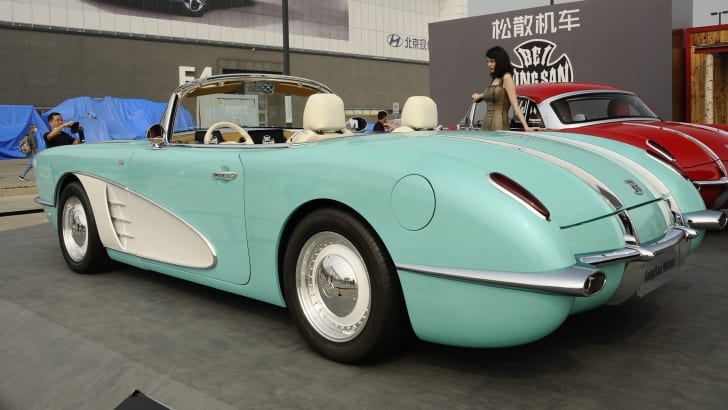 The interior appears to be completely modernised, and photos from the launch show the vehicle with two large infotainment touch screens. 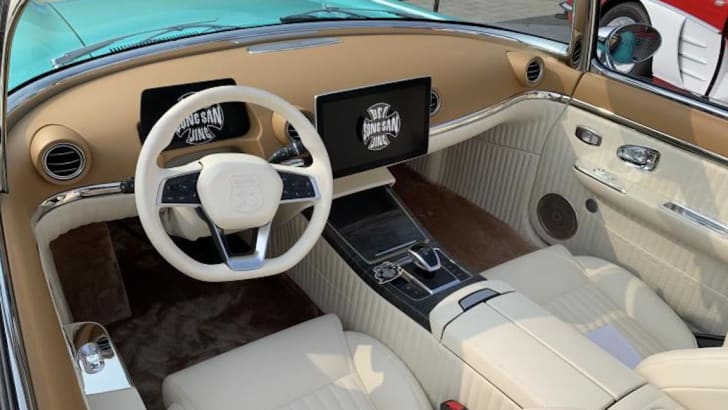 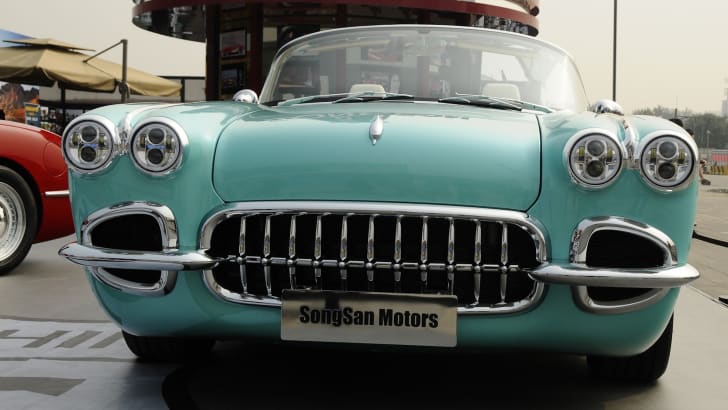 Copycat Chinese Jeep sold in Pakistan is a Bolero-Thar remix.! 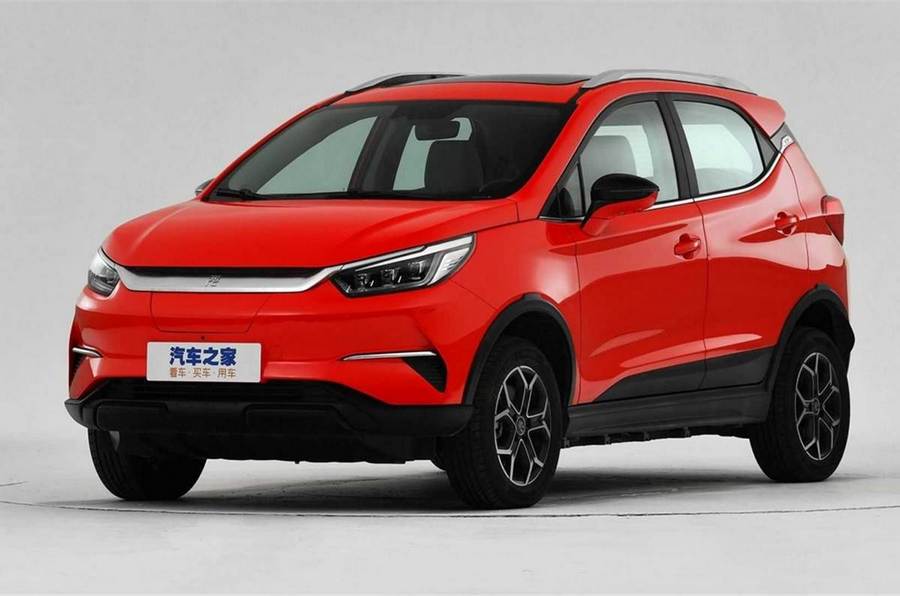 The Chinese automobile market is quite infamous for producing knock-offs of many popular vehicles. Chinese automaker BYD has recently launched the Yuan Pro in its domestic market, which incidentally looks very similar to the Ford Ecosport. The BYD Yuan Pro is an all-electric compact SUV that intends to make EVs more accessible to less affluent customers, even by local standards. 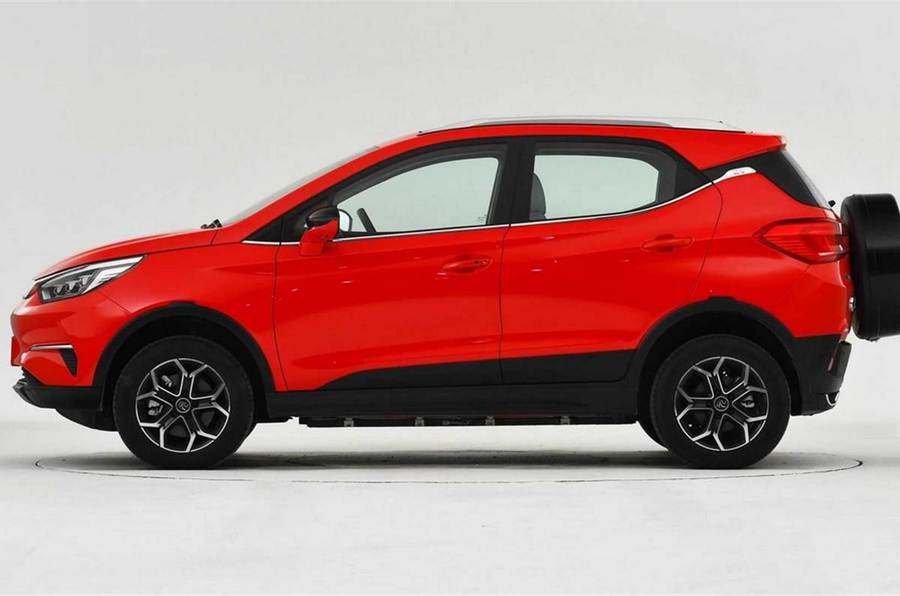 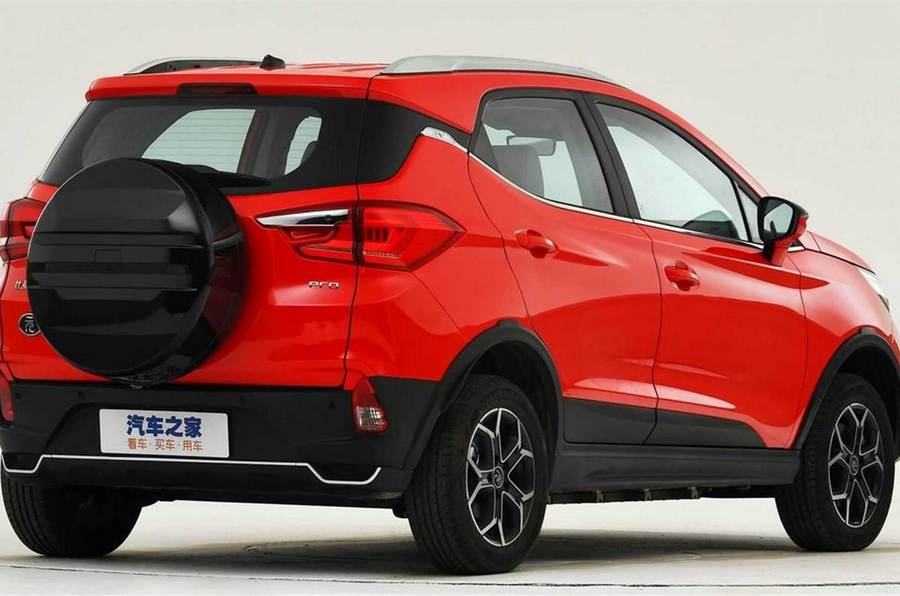 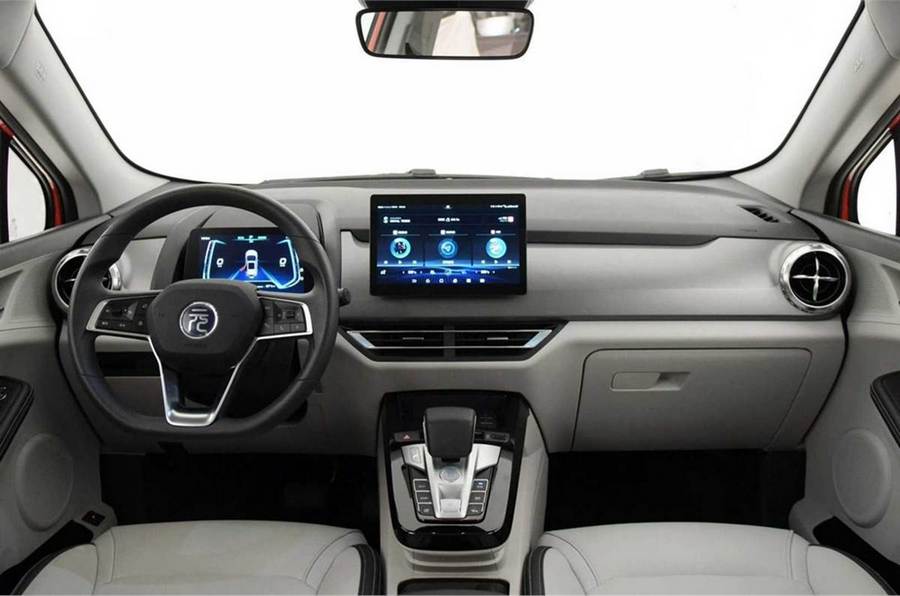 Latest copycat car from China is a Range Rover SUV 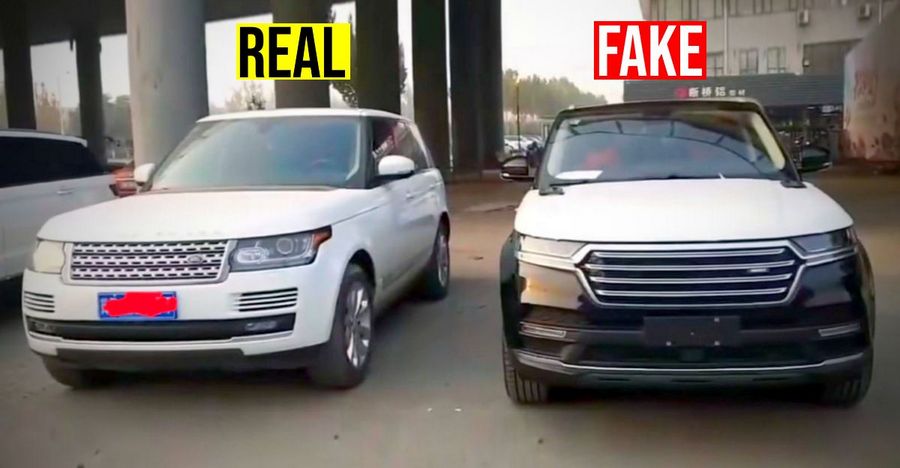 While Land Rover unveiled the all-new fifth-generation Range Rover SUV recently, a knockoff of Range Rover surfaced in China. Known as the Hunkt Canticie, the SUV is on sale in the Chinese market for more than a year now. 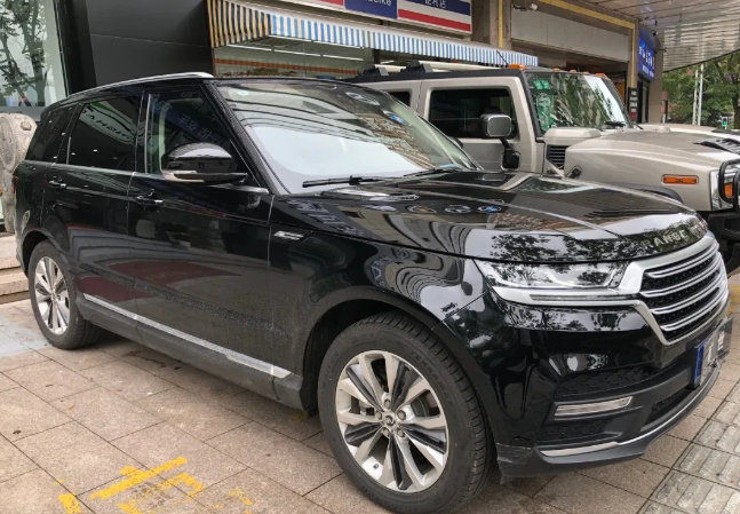 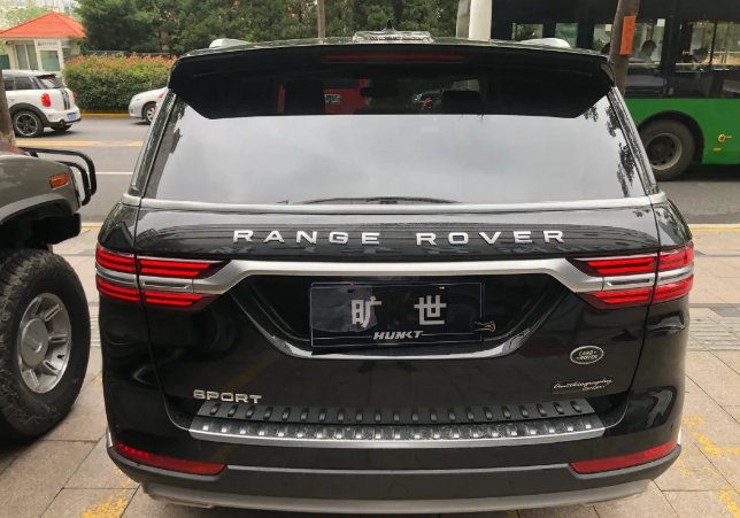 Nairrk said:
While Land Rover unveiled the all-new fifth-generation Range Rover SUV recently, a knockoff of Range Rover surfaced in China. Known as the Hunkt Canticie, the SUV is on sale in the Chinese market for more than a year now.
Click to expand...
The owner of this particular model has gone further to shamelessly put Range Rover badges.

Front looks remind me more of the Toyota Land Cruiser though.