Sorry it's not a car but a ship with Rolls Royce propulsion and steering.
Boarded at San Jacinto island, Goa at 6 in the morning. Took it out past the harbour and into the sea. Headed south till Cavelossim and then turned back and headed north to Baga. Tested everything. Engine, steering, thrusters and all the equipment. Took it to max speed and did a number of 360 degree turns at full speed. Could not test the brakes as there were none.

1.Main engine control panel.(The lever is in maximum ahead position-full speed).
2.Close up of the same.
3.Mr.Gaspar steering using the joystick. The lever on the far left is the bow thruster control. On the right is the Gyro Compass and autopilot (automatic steering).
4.Close up of the steering control. The 2 green lights on the top indicate both the steering motors are on. Power steering. There's no steering wheel though most ships generally have one just like a car.
5.Rudder position indicator. Rudder is used to steer the ship. It's a huge flap like the aircraft tail but under water. Same function.
6.Bridge console (Dashboard). The screen on the right is the radar. The empty slot on the left is for the electronic chart (like maps in car navigation systems). There's another radar screen to the left of it (not visible). The other units on the right (like double DIN units) are GPS, Echo sounder (depth indicator), AIS (Automatic Identification system)-transmits the ships identity and reads the identity of other ships, the keyboard next to the phone is for the radar, the other wall mounted handset is the VHF Radio. The gauges to the left of the radar are for engine RPM, propeller pitch and various pressures.
7.View while driving.
8.View from rear (No rear view mirrors).
9.Front (Bow) view. The chain is the anchor cable.
10.Rear (Stern) view. Veendijk (pronounced Veendyk) is the ships name and Groningen is the port (in Netherlands) where she is registered.
11.Rescue boat.
12.Tachometer-RPM for max speed 750RPM. In fact we keep the RPM constant and vary the speed by adjusting the pitch of the propeller.
13.Other gauges like turbocharger pressure etc.
14.Radar
15.GPS, Echo Sounder, Anemometer & VHF Radio.
16.Autopilot.
17.Windsheild wiper controllers.
18.Navigation Lights Panel.
19.Sister ship "RODANUS" also being tested.
20&21. Docked at Mormugao Harbour ready for delivery. (Infact PDI in progress.) 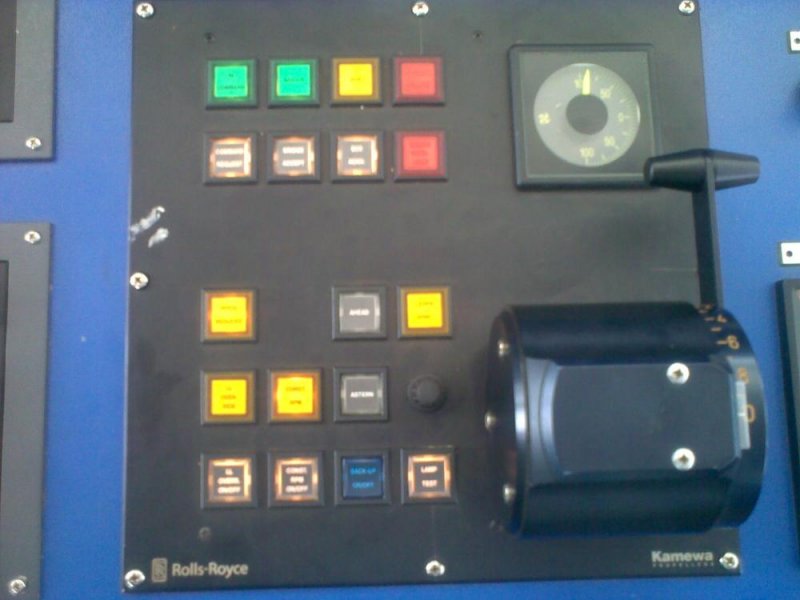 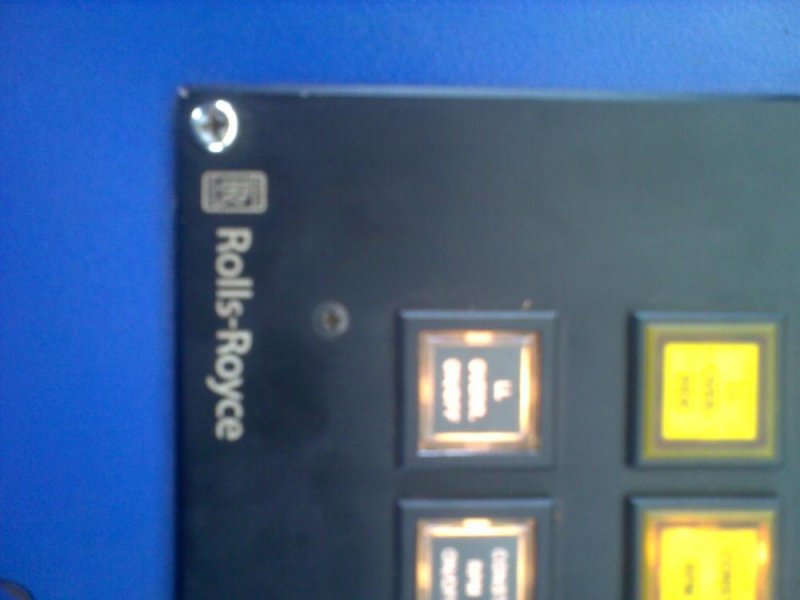 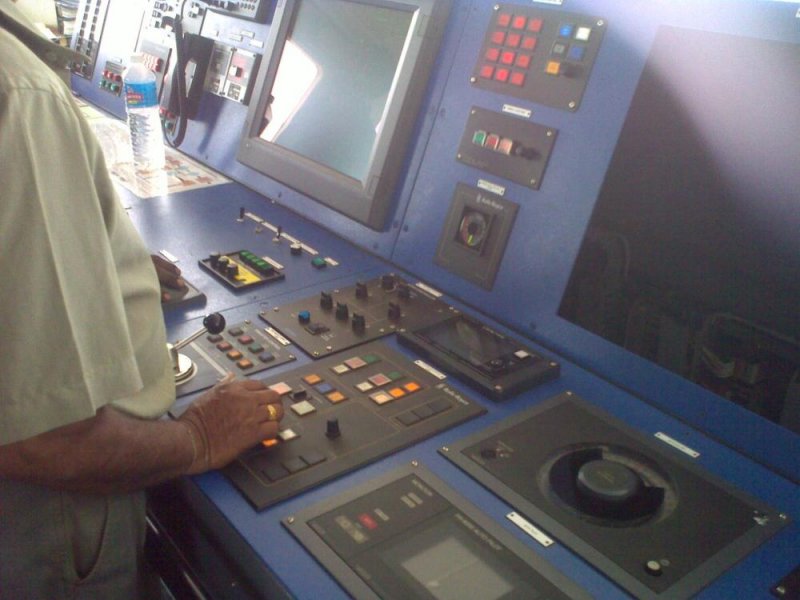 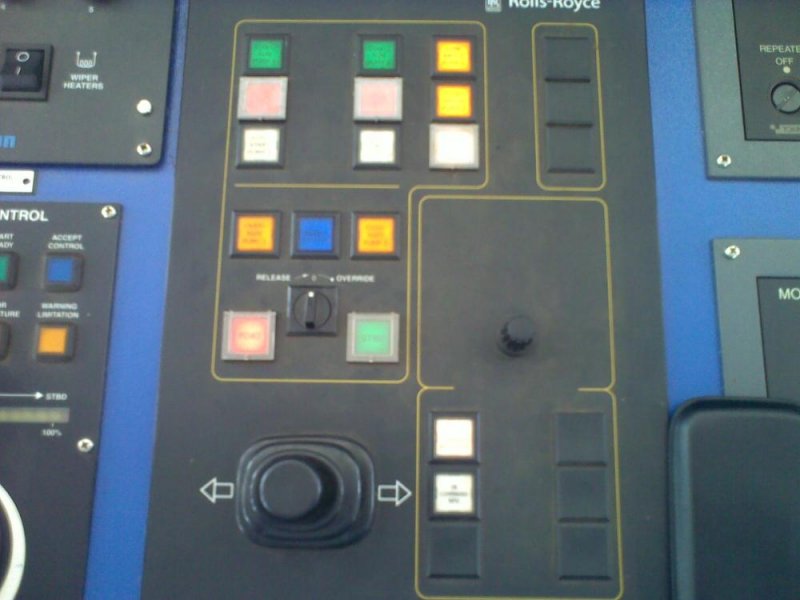 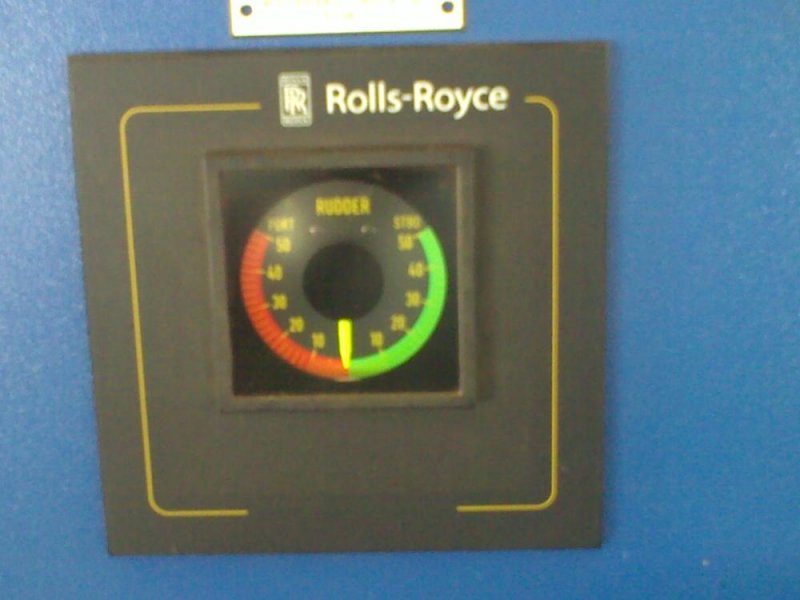 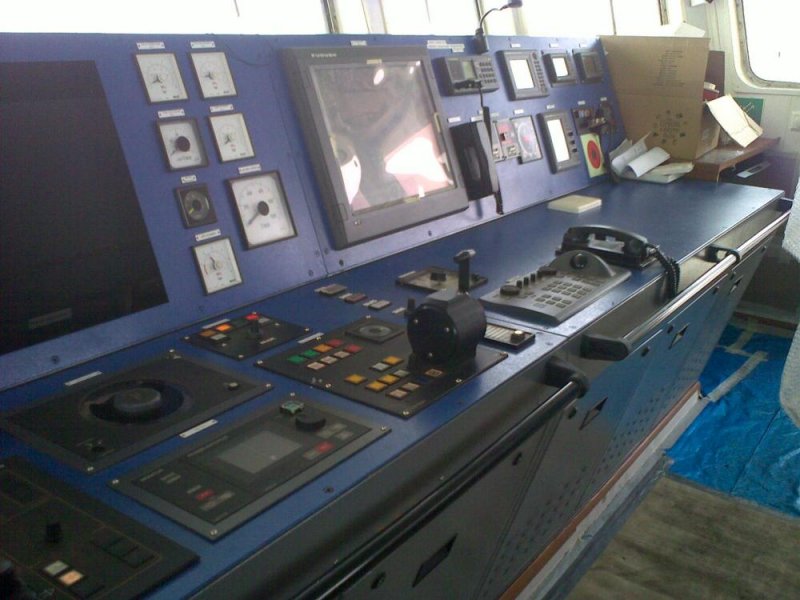 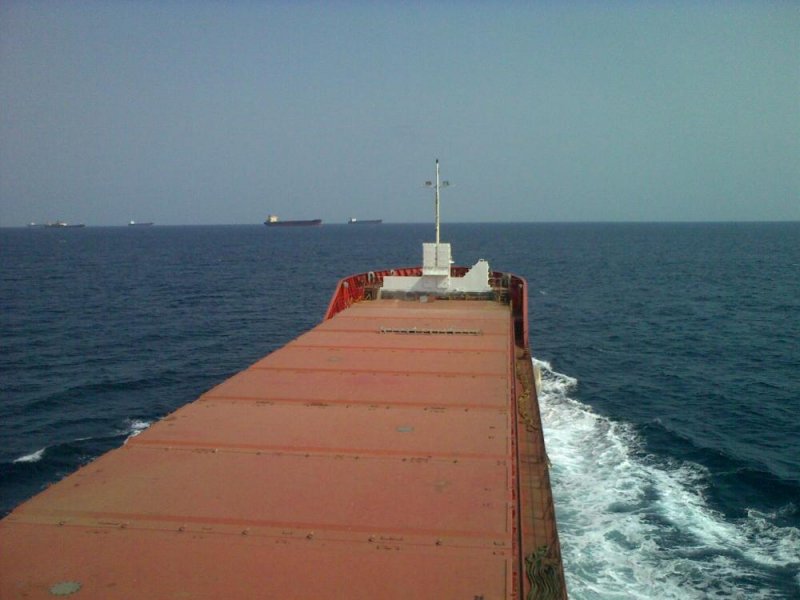 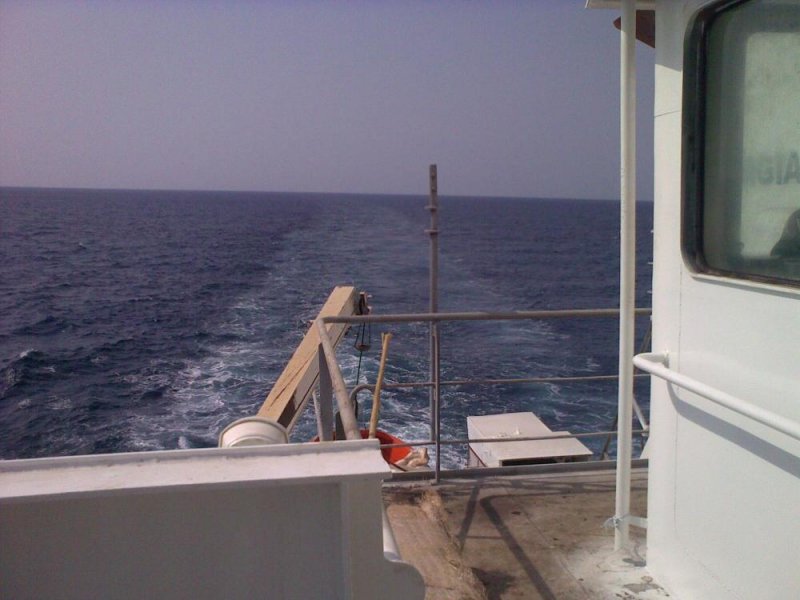 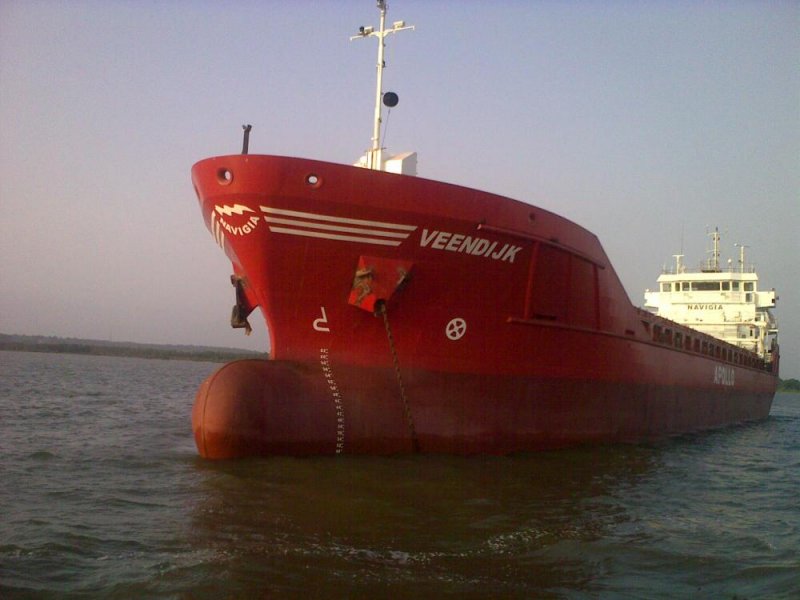 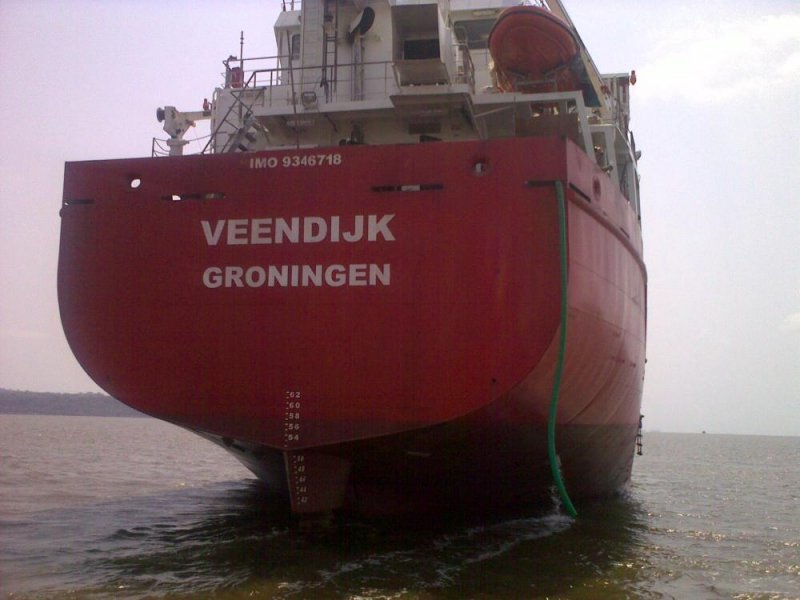 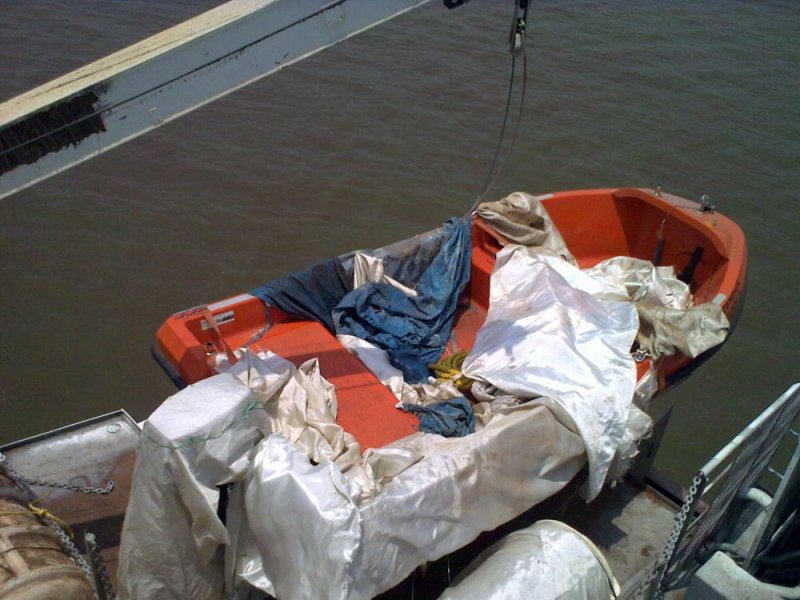 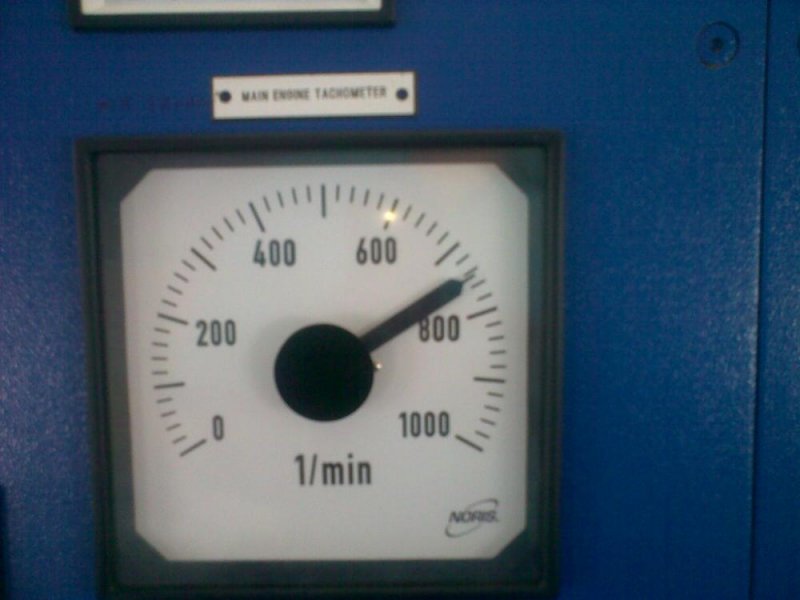 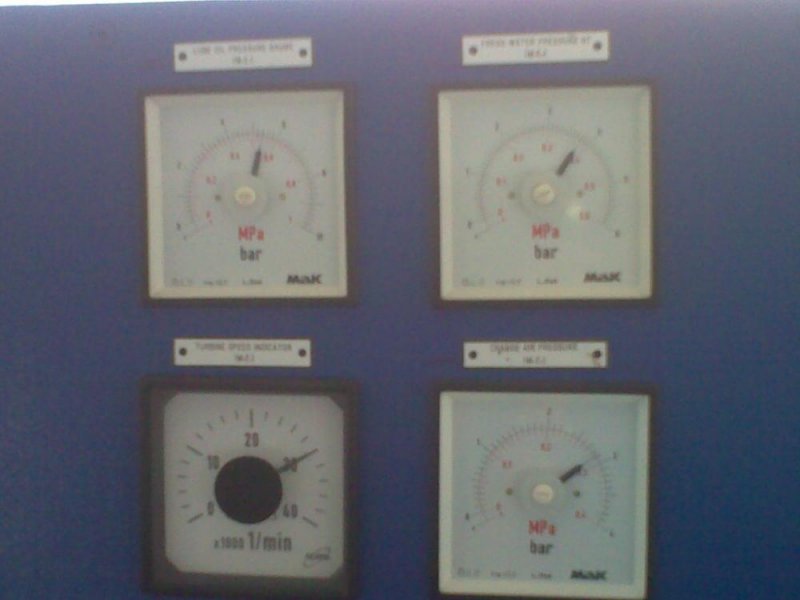 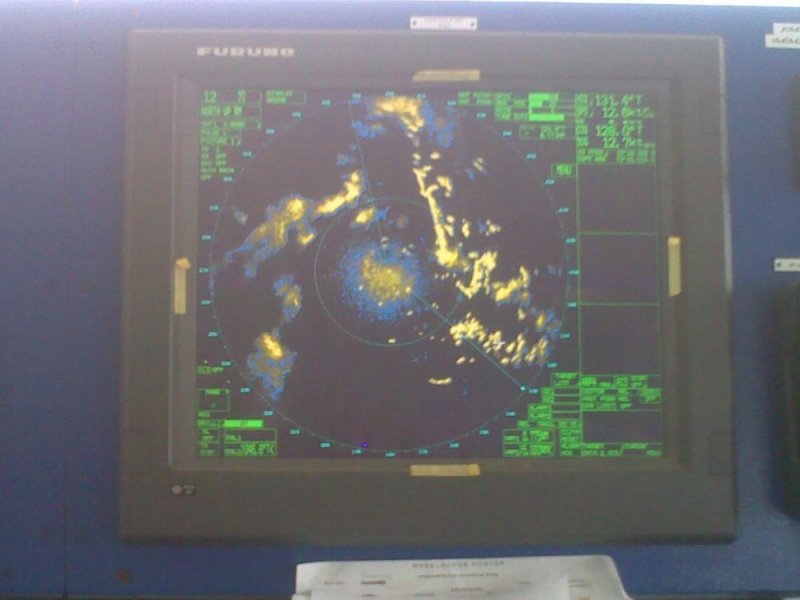 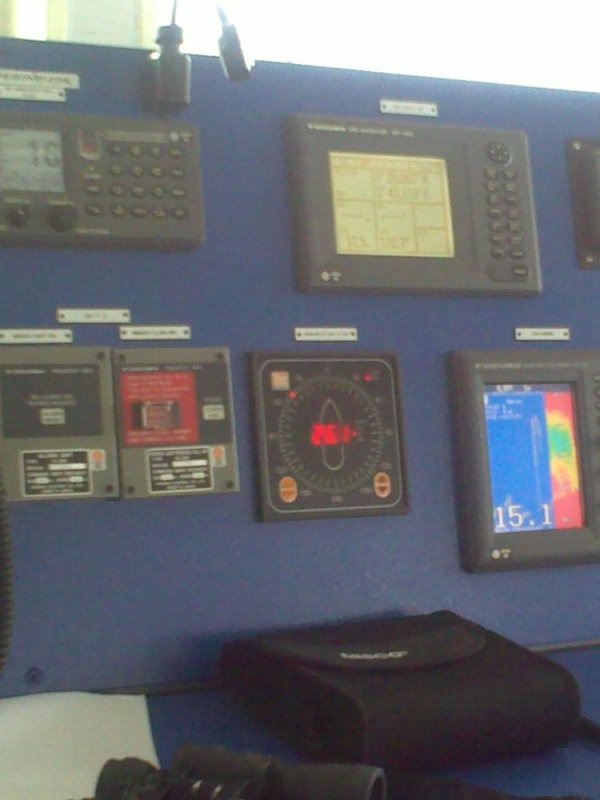 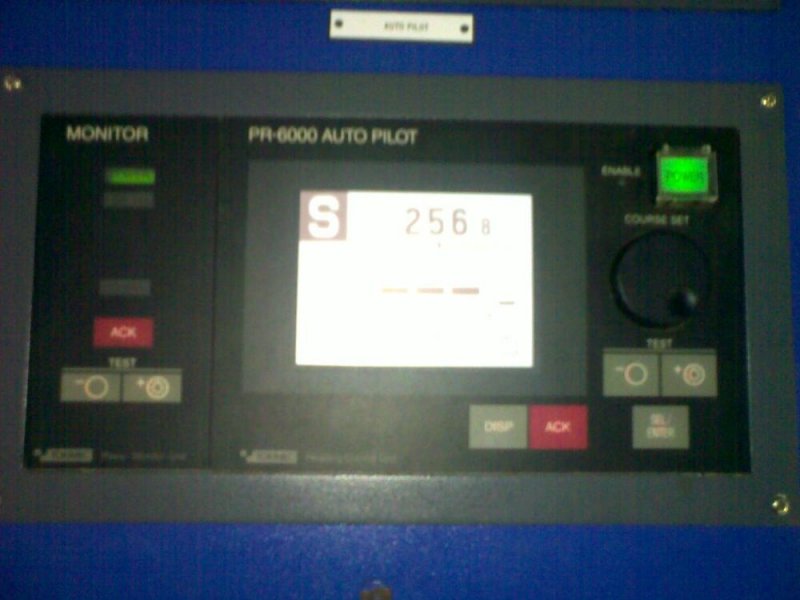 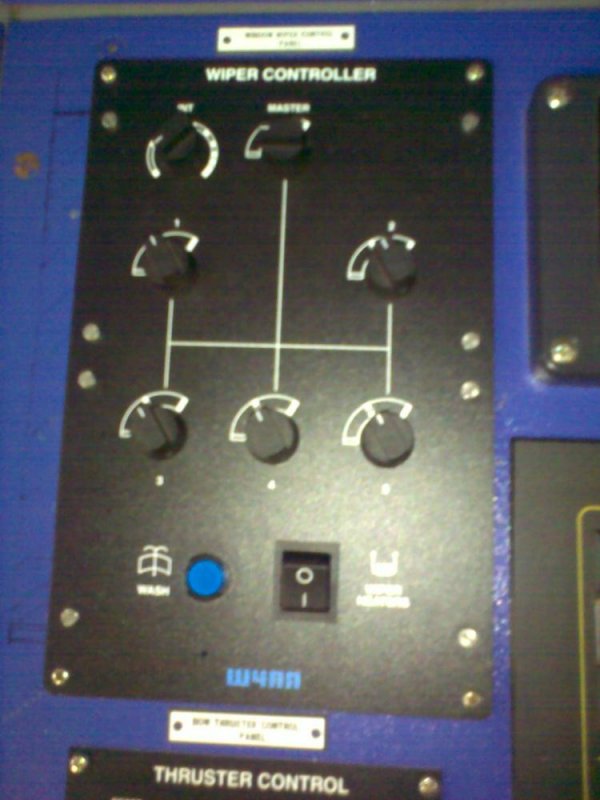 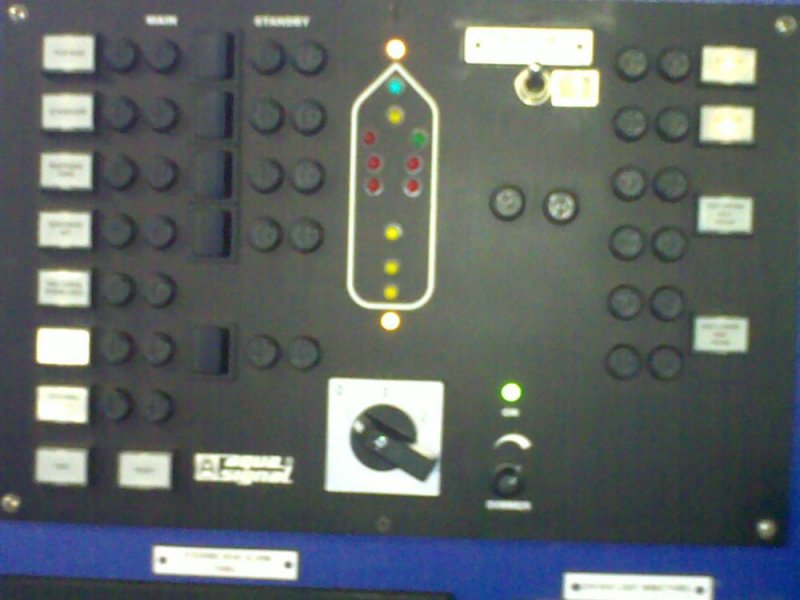 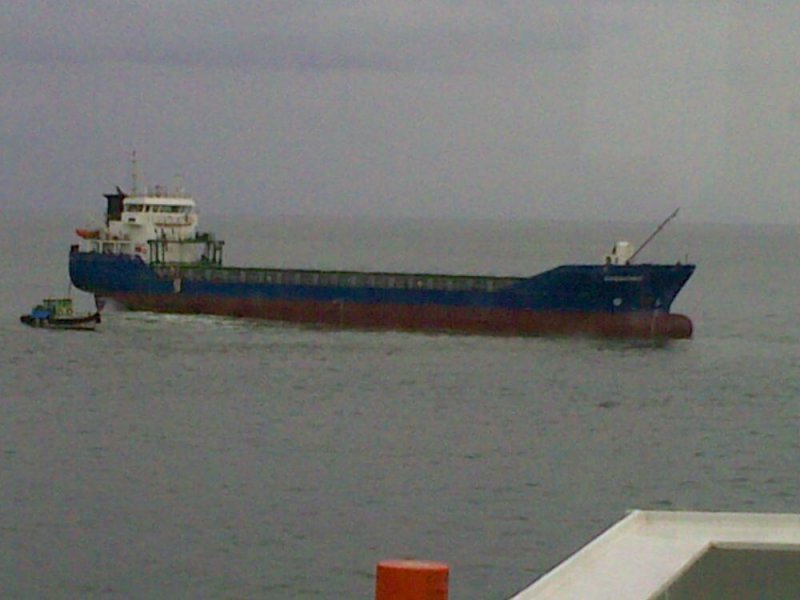 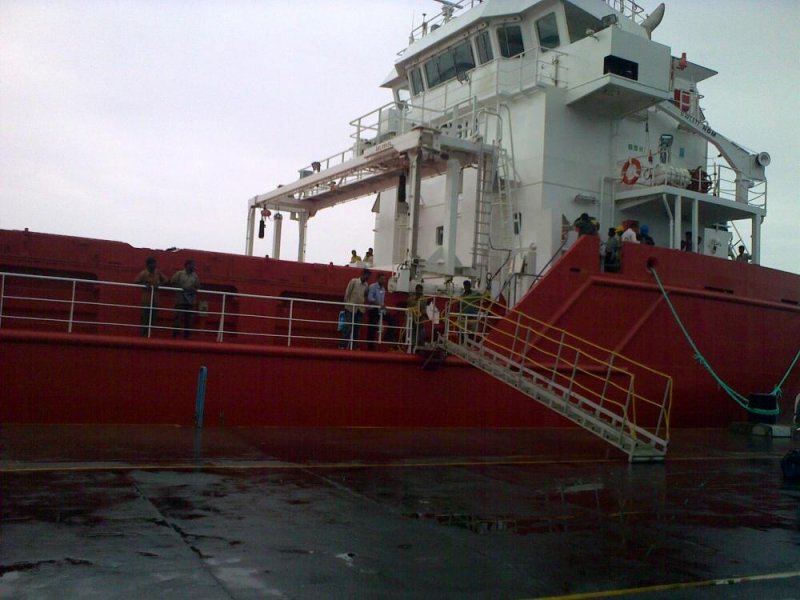 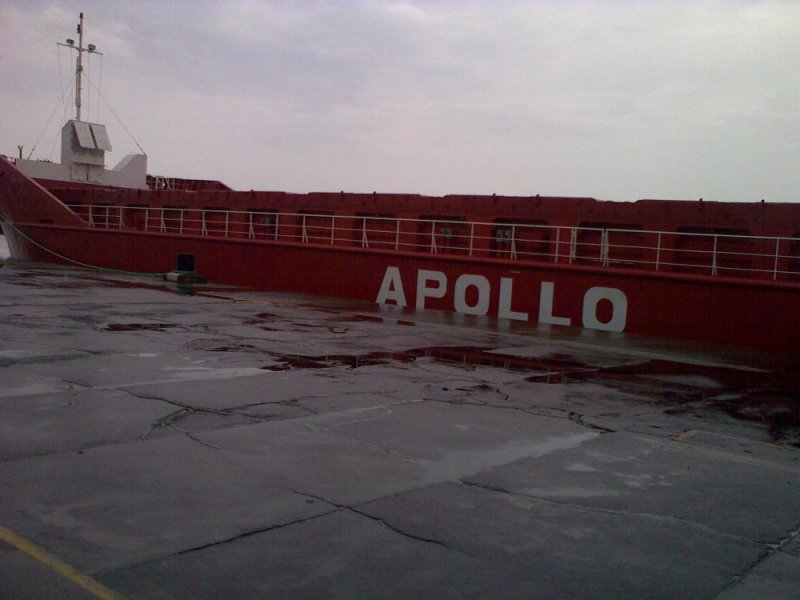 Hey Peter nice and detailed report with a good pictorial explanation! Seems like a ship has many things like car also! The front view looks great but could be very difficult to drive in very high traffic

hey peter, mind blowing thread man. great stuff. you are a lucky guy. the pics are awesome too, especially the 7th & 9th ones.

TAI is going exclusive with lot of reports around!

Hey man indeed interesting.
A different report in this forum. The picture speaks them all. !


Now i want to see a video of testing and others things. Will my request be fulfilled?

Then its max speed ? how you make turns? how much time to make turns?

Wow. Its nice to read this type of thread. wel done.

This one was one TD with a difference!!
Am wondering whether it will influence any purchase decisions though??
But what horsepower are we talking about here?
And max speed?

Thanks for sharing so brilliant images and letting us know about a ship works. I’m sure that testing them is one of a kind experience. It might be a routine task for you but for me, it was fascinating to see the detailed controls of a ship that too powered with a RR Engine. I wonder what is done to halt them if there are no brakes? A short paragraph on your personal experience with this gigantic machine will definitely make this thread more interesting. I have already added five stars to it.

Maybe the absence of brakes only made the TITANIC go down!!

But hey Peter you still have many of our queries unanswered! Please pour in some more details.
P

350Z said:
I wonder what is done to halt them if there are no brakes?
Click to expand...
Stopping is a planned exercise. You have to slow down well in advance. Then you reverse the engine. But you loose all steering when going astern (reverse).


350Z said:
A short paragraph on your personal experience with this gigantic machine will definitely make this thread more interesting.
Click to expand...
Will do shortly

350Z said:
I have already added five stars to it.
Click to expand...
Thanks a lot.

ilango[speed thirst];22382 said:
Now i want to see a video of testing and others things. Will my request be fulfilled?
360 degree turns, Man! how will it feel .
Then its max speed ? how you make turns? how much time to make turns?
Click to expand...
I don't have any video's of the testing but I will shoot some whenever I do another test. Turning is with a joystick, though most ships also have a steering wheel. The signal to sent to the steering motors which turn a rudder (like in an aircraft). A 360 turn takes a few minutes.

cooldhaya said:
Seems like a ship has many things like car also! The front view looks great but could be very difficult to drive in very high traffic

Click to expand...
Only thing missing is the ICE! Driving is difficult in high seas, but this ship is one of the easier ones.

P3T3R said:
Stopping is a planned exercise. You have to slow down well in advance. Then you reverse the engine. But you loose all steering when going astern (reverse).
Click to expand...
Sounds interesting. Does it applies to all the ships?

Here are pictures of some of my other ships.

350Z said:
Sounds interesting. Does it applies to all the ships?
Click to expand...
It's the same for all ships. However some ships respond and handle better than others. Also it depends if the ship is loaded or empty. Stopping distances are more for loaded ships. However handling is better.

Is that you in front of ship ?

I could see half of the ship is Under Water, Or do i have some problem with my eyes ?
Last edited: Feb 4, 2010

Zinam your eyes are alright!! Am also seeing the same!

But i guess its some kind of high tide which must have struck the ship creating an illusion that its submerged in water!


So much big ship turned with a joystick , so this is called power steering or electronic steering or advanced than that

in the second set , 1st picture everywhere its orangish and no even surface at all, whats all that.

How do you communicate during sail? Will you be out of net in sail?
You must log in or register to reply here.