mayankdixit said:
It's a turbocharged petrol 3 cylinder engine.
Click to expand...
Sadly its a NA engine.


mayankdixit said:
But grossly oversized tyres have further compounded the problem and the car won't feel zippy.
Click to expand...
How did I forget this. Thanks for reminding me doc. I would be downsizing to 195's on the next change which will be in the distant future.

vijesh_360 said:
Sadly its a NA engine.
How did I forget this. Thanks for reminding me doc. I would be downsizing to 195's on the next change which will be in the distant future.
Click to expand...
Oh! Its my bad. Forgive me for confusing it with diesel tiago with revotorq engine (which has been discontinued post BS6).
So maybe it's just the tyres,which you can compare by driving any other car with factory specs.
Last edited: Aug 28, 2020

Yeah. Only when I floor the accelerator this happens. So I suspect the tyre size only. Will drive and see some other Tiago if I get a chance in future.

Also a friend of mine suggested that I have to drop down a gear because the In-gear acceleration of Tiago might not be great because of the low torque - petrol.
Last edited: Aug 28, 2020

Tiago and Tigor petrols are a Naturally Aspirated 1.2 liter engine, and not turbocharged, unless it is a JTP variant. The 1.2 litre revotron is turbocharged only in Nexon and JTP's. Even the Altroz uptill now has only the non turbo engine. Although rumors are doing rounds about the turbo coming in both the cars in the petrol guise.
Regarding boost post 3000rpm in petrol Tiago thats where the ideal powerband really is between 3000 to 5000rpm, max torque is achieved at 3300rpm in this NA engine. Unlike diesel the NA petrols(especially 3pot engines) do not have low end grunt, hence the power buildup is felt at higher RPM. The 4cylinder engines do better in this aspect, take for ex Maruti 1.2petrol engines.

Thanks for the info.

Ordered the Turtle Wax Seal n Shine for my vehicles. Will be using it shortly and check the results.

As usual, Amazon delivered the product a day earlier that the estimated date. Nice packaging. 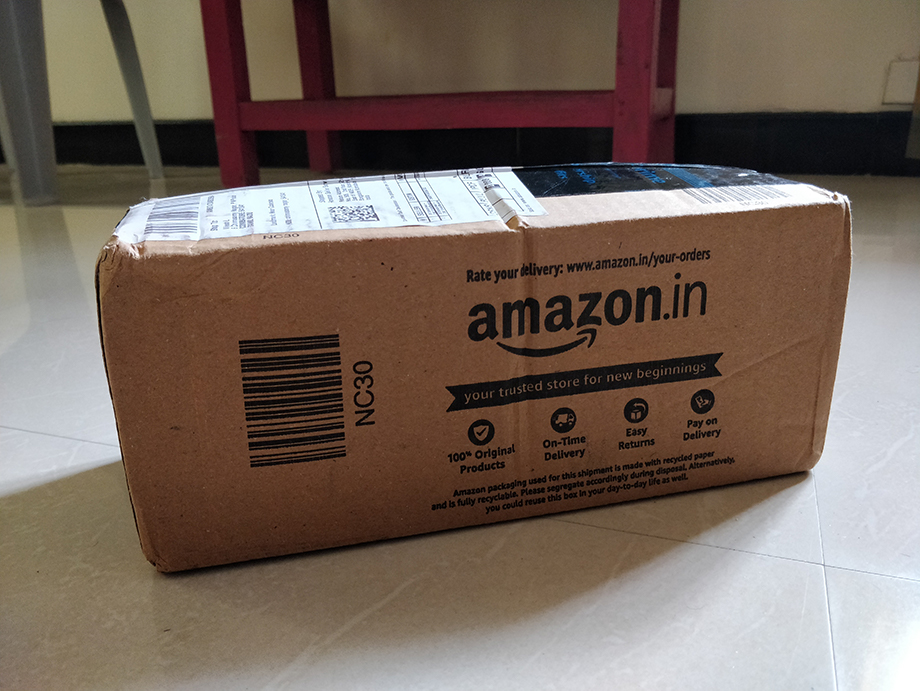 The bottle was neatly wrapped in bubble wrap. And then a plastic wrap. 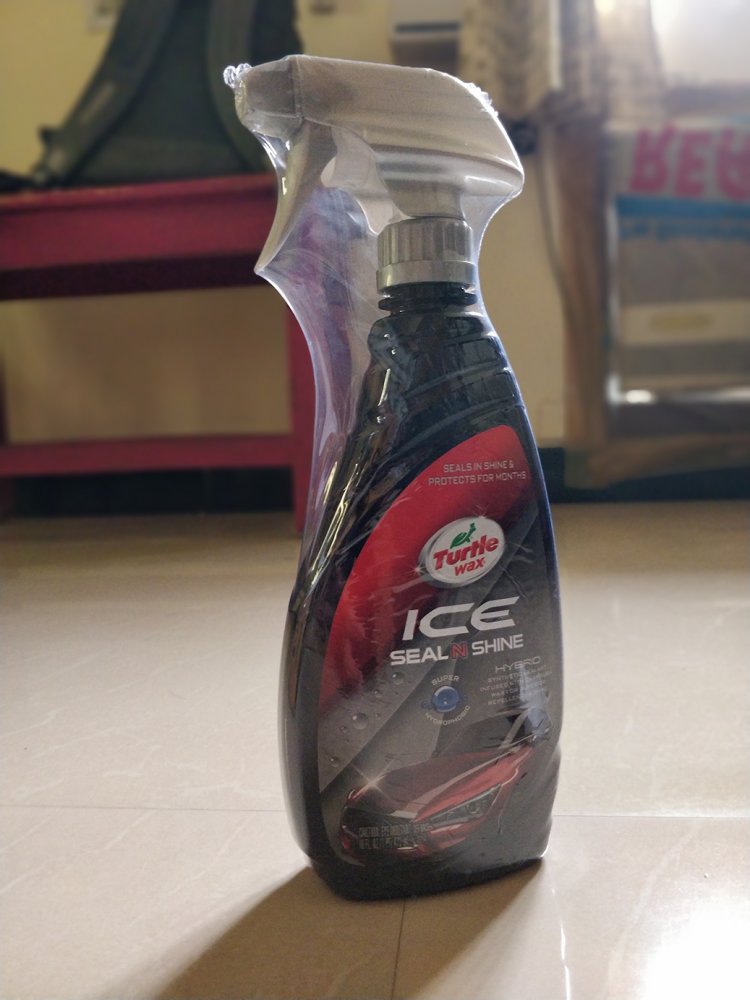 The product in flesh. 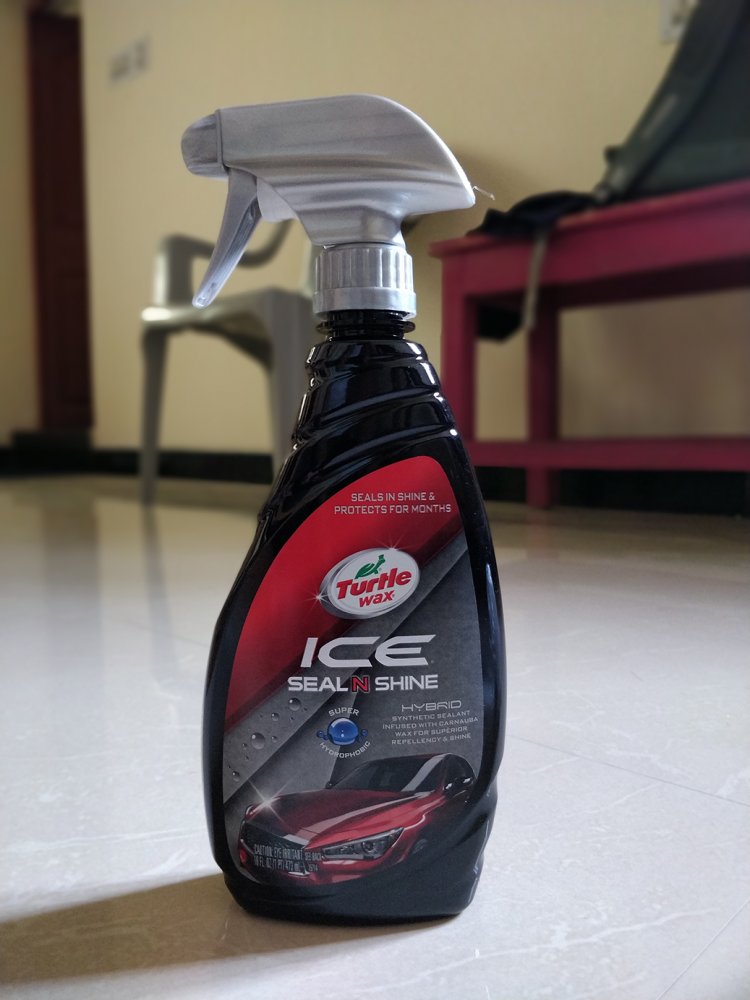 looks very nice.I am eager to know the results,and your experience with it.Eagerly waiting for your review on this wax .
Is it silicone based ?

This is not silicon based I think. Meguiar's Hybrid Ceramic wax and Turtle Wax Ceramic Wax are SiO2 based. I'll confirm and let you know doc.

mayankdixit said:
Eagerly waiting for your review on this wax .
Click to expand...
Sure.

mayankdixit said:
Is it silicone based ?
Click to expand...
It is a mixture of synthetic and carnauba so they call it hybrid sealant wax.

I decided to try it out. I would recommend you all to use a Foam applicator instead of a Microfibre Applicator or a Microfibre Cloth and spray from one or two feet away so that the spray spreads over a large area.

I washed the vehicle, used IPA to clean any old wax residues. I used the Plastic cover method to find the surface contaminants as suggested by @CRACING and found the surface to be smooth. So decided not to clay. I polished the car using Amway Silicon Glaze(Will be trying Meguiar's Ultimate Polish after this stuff is over). So after all the prep work done,

I used
One spray for each fender and the windows.
Two sprays each for the hood, each doors, front and rear bumper, boot door and both the windshields.
Four Sprays for the Roof.
Two sprays in the applicator covered the lights, mirrors and mirror covers.

It left slight streaks in the glass panels alone, might be because I was late to wipe it off. But it went off with a little effort and a damp microfibre cloth. The surface immediately felt a loth smoother to touch. Also I slightly tested the hydrophobic properties. 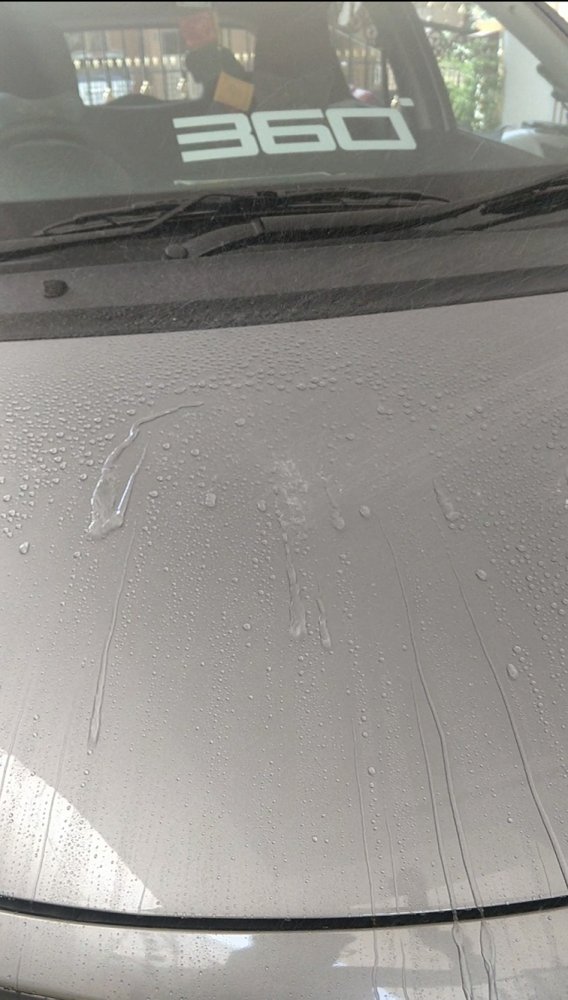 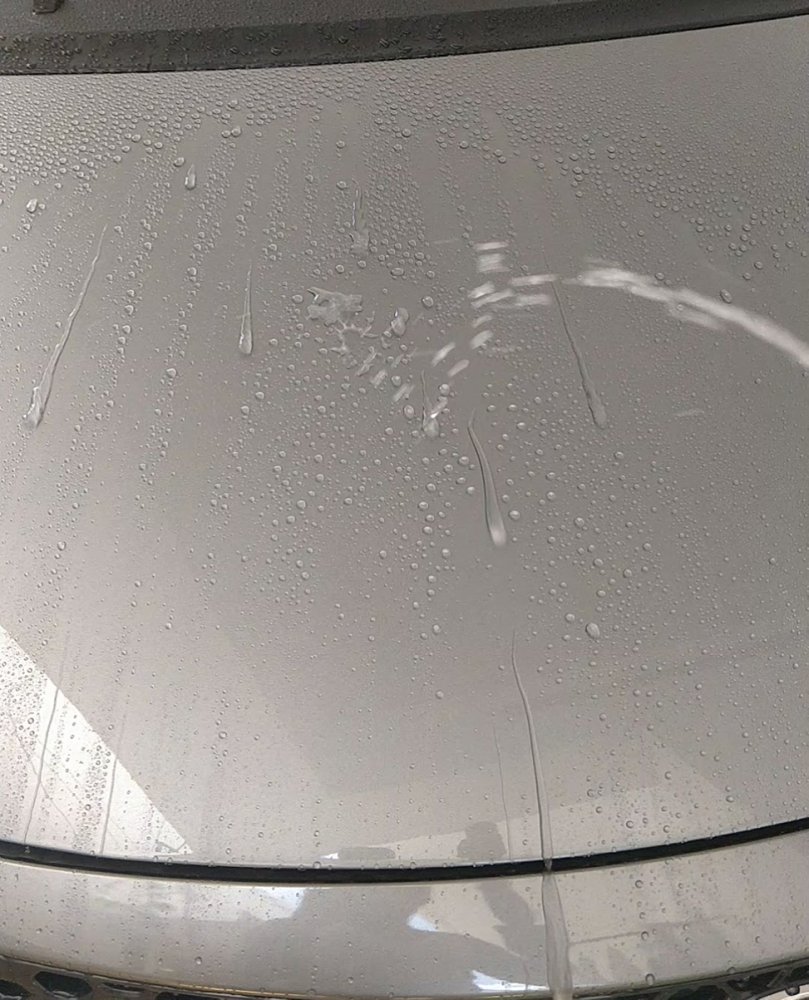 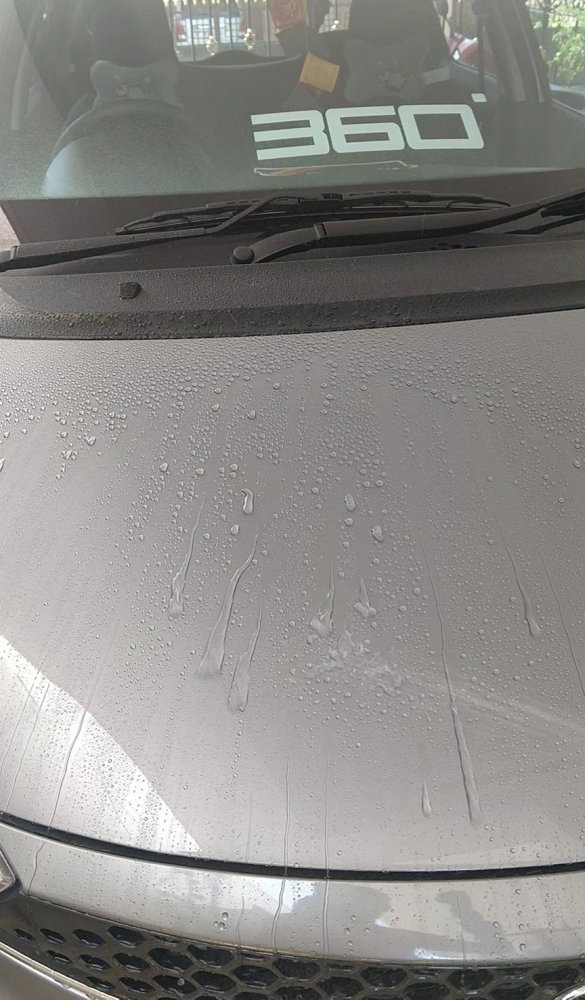 Though not crazy as a ceramic coating, but for 800 Rs, I think this is worth it. Need to see how many washes it withstands before it needs another coating.

vijesh_360 said:
I polished the car using Amway Silicon Glaze.
Click to expand...
Looks like this a AIO product (Cleans, polishes and protects with wax) and I'm not sure whether seal n shine goes well with it. May be you should use Megs Polish or any pure polish next time.

CRACING said:
Looks like this a AIO product
Click to expand...
Even I thought about it, but didn't see anything about wax written in it. Also I saw in Dr. Mudhan's thread that he used it as a polish. Anyways this will get over very soon, may be one or two months and the next time I use it, I'll be using megs polish.

Congrats again on your ride (first wishes already done in ATOM FB group) and wish you millions of happy miles on your Tiago. Also happy to see another Coimbatorian in the forum.

vijesh_360 said:
I was lucky enough to have a friend who runs an automobile workshop

. I also didn't take EW because I would be servicing my Car from him only after the warranty gets over.
Click to expand...
I just completed my 4th year EW and on the hunt for a good FNG. Please share his shop details and I would love to check him out for my future services & repairs.

vijesh_360 said:
Yeah. Only when I floor the accelerator this happens. So I suspect the tyre size only. Will drive and see some other Tiago if I get a chance in future.
Click to expand...
You are always welcome to

Prabhagar said:
Congrats again on your ride (first wishes already done in ATOM FB group) and wish you millions of happy miles on your Tiago. Also happy to see another Coimbatorian in the forum.
Click to expand...
Thank you once again. I am glad to have a Coimbatorian here.

Prabhagar said:
I just completed my 4th year EW and on the hunt for a good FNG. Please share his shop details and I would love to check him out for my future services & repairs.
Click to expand...
I'll PM you the details.

Prabhagar said:
You are always welcome to

my 2016 model. Typically 2000 RPM is when you should feel a bump in power delivery, 3000 in your car makes me curious.
Click to expand...
It is around 2000-3000 RPM. This new digital RPM meter is hard to read on the go. Anyways after a recent run on the Mettupalayam Road, being in right gear and right RPM, overtaking was easier. I am starting to learn the ways of Car Driving

. SO there is this power bump right. Thats what I was curious. Thanks for the info.

Prabhagar said:
Also glad to see you are a DIY detailer too, I have Megs Ultimate Polish in case you like to try before buying the full bottle (which BTW lasts for years). PM me here or on FB in case you like to catch up sometime.
Click to expand...
I have seen your DIY details too. Sure I will try it out once. Yeah these polishes lasts for a very very long time. I have been using the Silicon Glaze for 4 years on my Duke 390 and not even half a bottle was over. It has seen a slight increase in usage only after I have started using it on my car. Sure we'll catch up some time soon.

Just did a small 2 day trip from Coimbatore to Karur, to attend a friend's marriage. The car performed flawlessly.

Don't mind the eco mode, I use eco mode only while idling and use only city mode for riding. 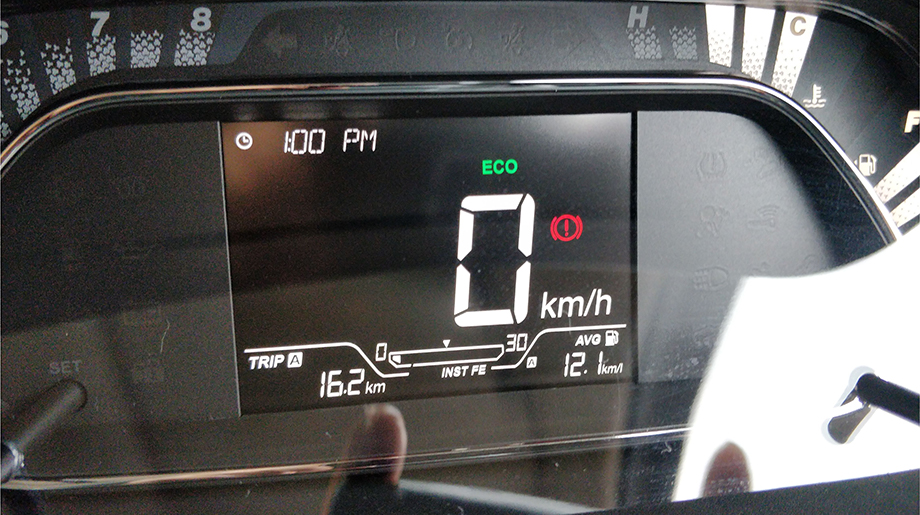 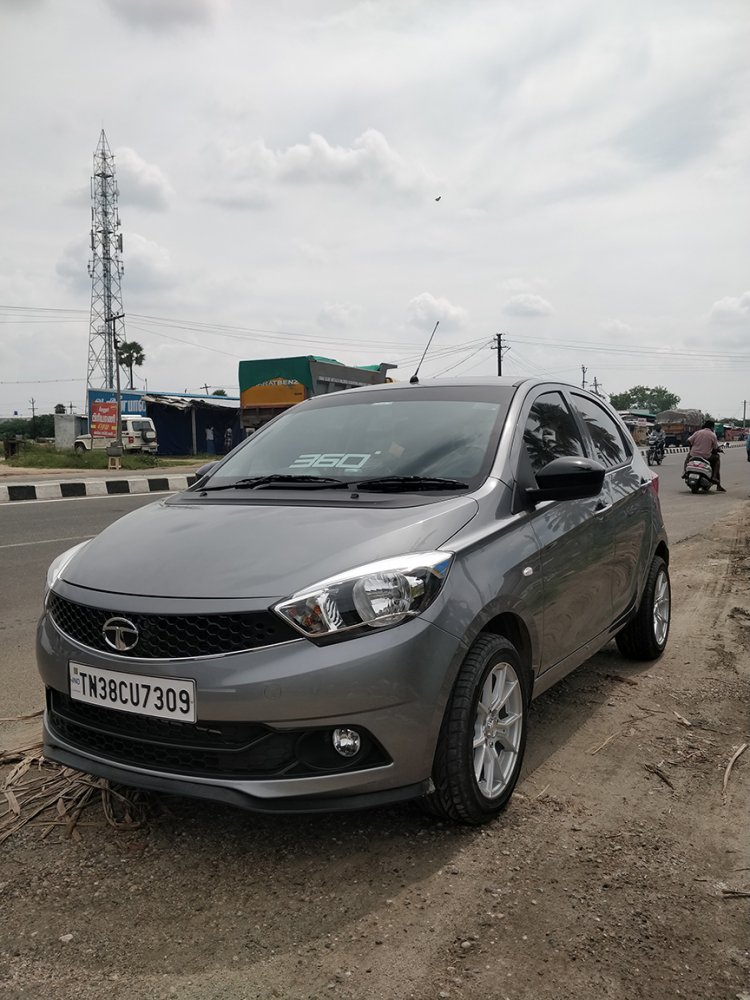 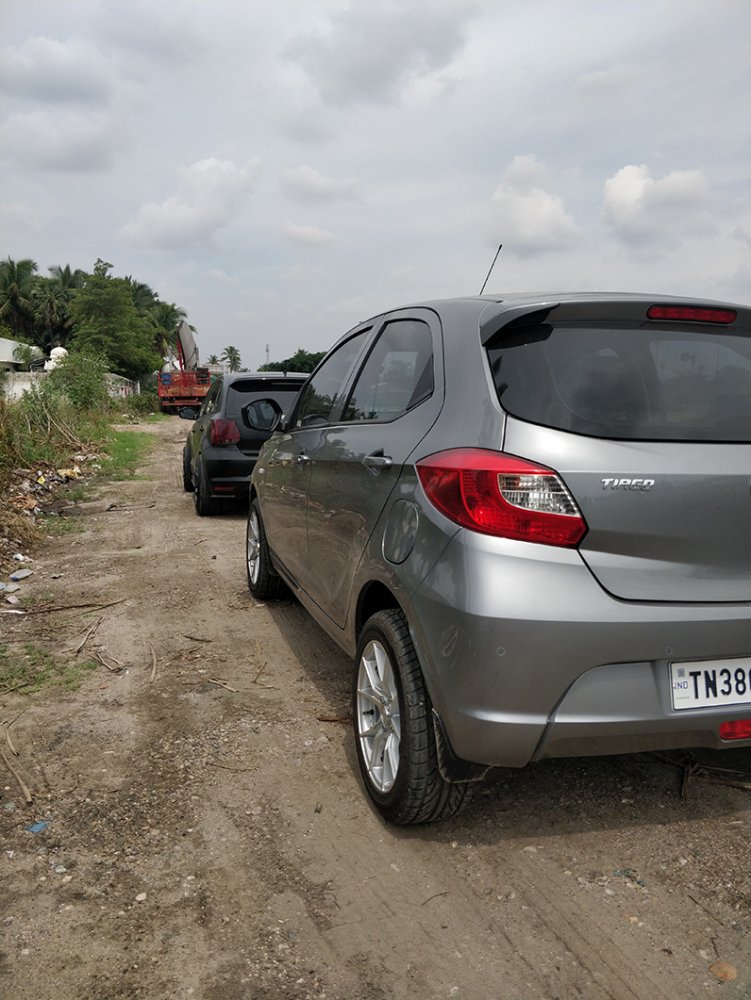 Natural Tint on my windshield 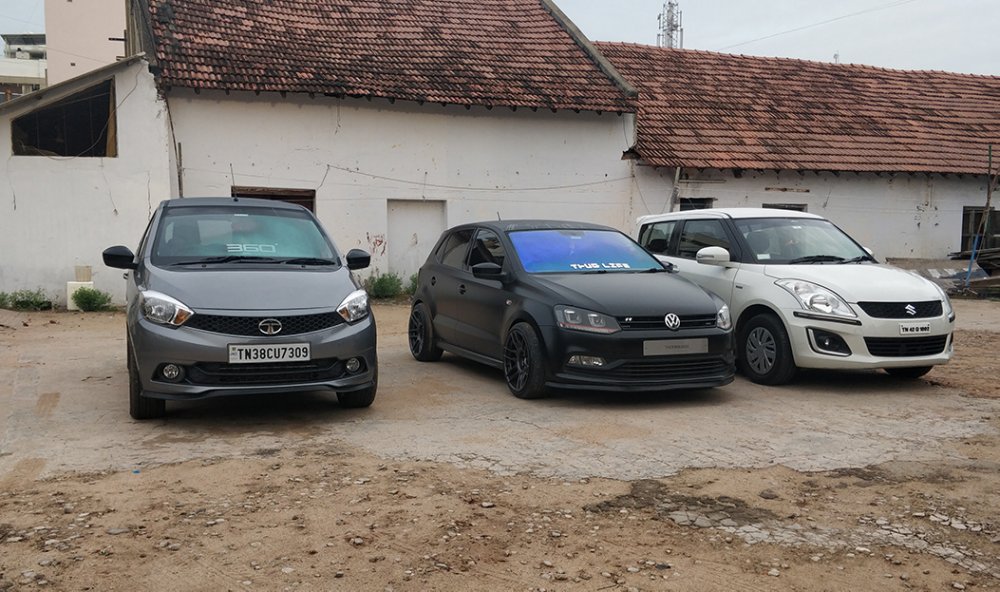 Chilling in the countryside. 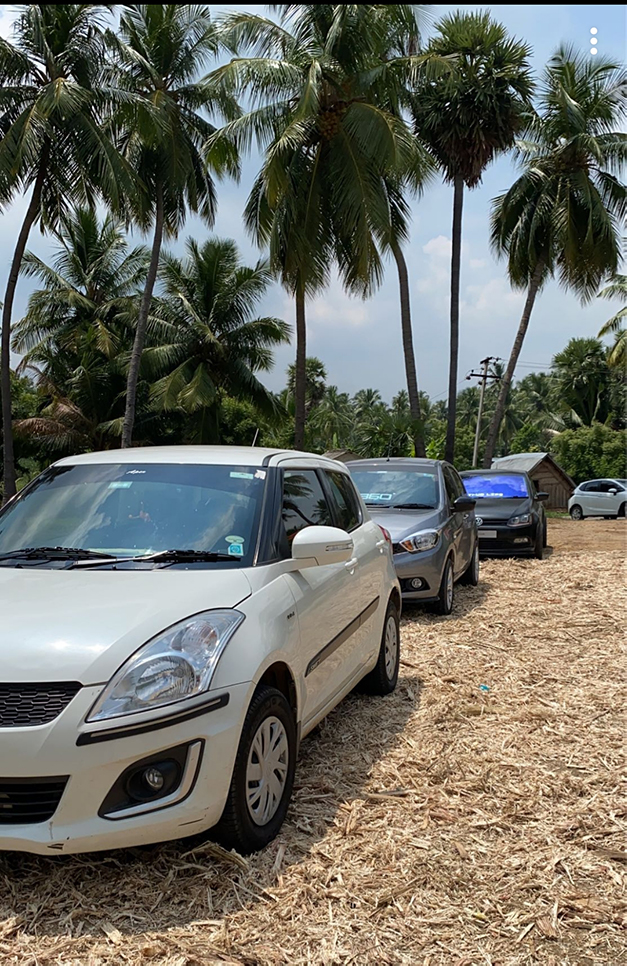 It was raining cats and dogs for 80 kms from my home.

Mileage from the computer, 16.6, Actual Mileage from TFTF method (there is a speedo error as I've upsized the tyres and rims) - 353km/26ltrs = 13.6 Kmpl.
The MID showed 18.8 Kmpl when we reached Karur. The mileage took a very heavy hit as there was lot of idling, city riding and frequent on and offs. It was showing 16.1 kmpl when we started our return journey. 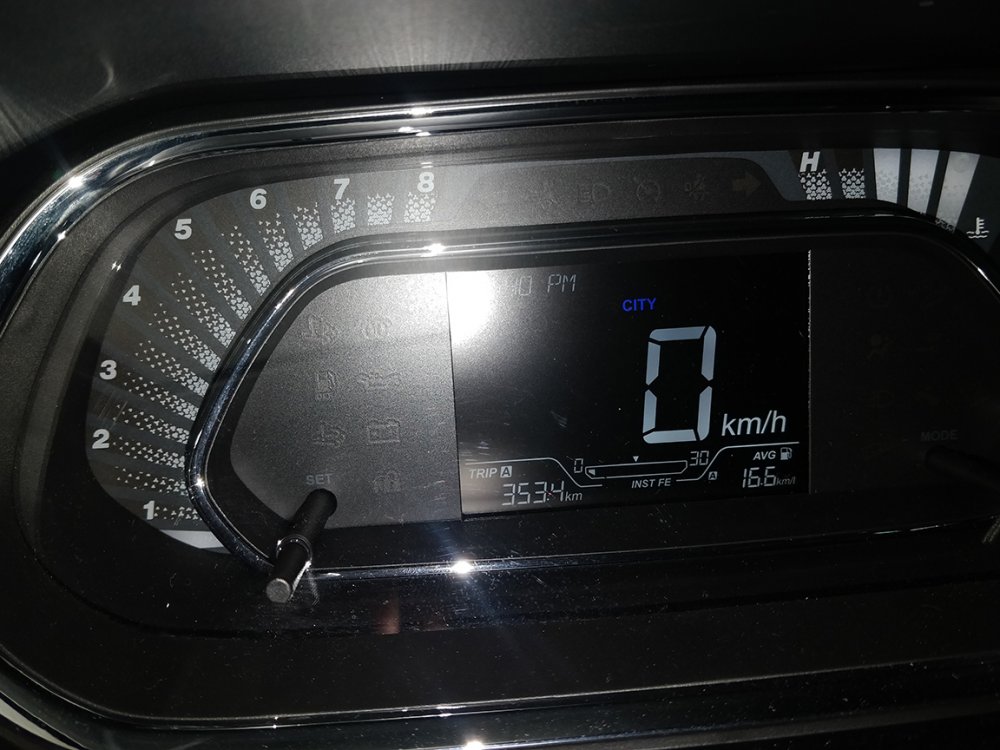 Trip Details
Total trip - 353 kms
City 60 kms
Remaining 2 lane State Highways.
Spirited driving, had to keep up with the beast and there was good traffic and a very very heavy downpour.

I have decided not to calculate the mileage by TFTF method as there is speedo error and its tiresome to calculate the percentage difference everytime. SO will be happy with the MID readings.
You must log in or register to reply here.