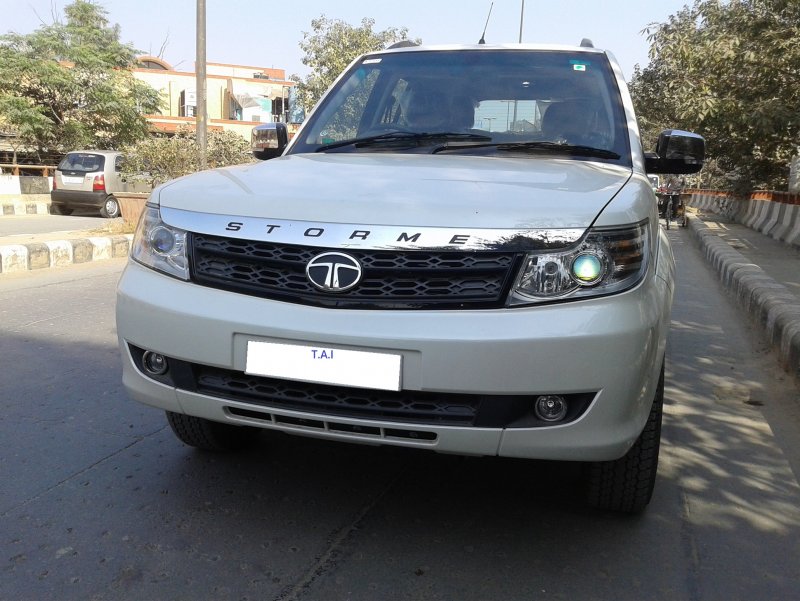 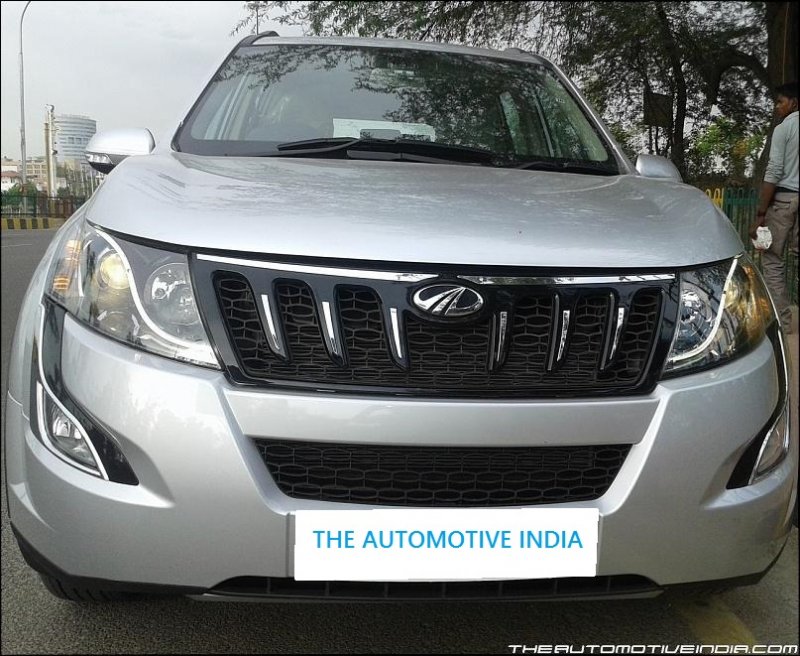 ​
My dear buddies, Firstly thanks for all the patience for this review of Safari Storme Varicore 400. Please be informed, this review unlike many of my other reviews will not be a very extensive one since I will concentrate only on the performance of the new Varicore 400 engine and the 6 Speed Manual transmission which has been provided by TATA to its most popular SUV. Safari Storme was given a mild facelift by TATA in May 2015 and since then the rumors and spotting of the bigger and better engine Safari Storme gained more momentum. Finally within 6 months we have the new engine Safari Storme among us. TATA as a brand is often recalled for its abuse-friendly and rugged vehicles. Though it’s a different thing that it’s image is always related to the fleet business in India. The new Safari Storme Varicore 400 has been launched with mechanical upgrades and there are no external or internal changes done to it as such. The Price of the new Safari Storme Varicor 400 is Rs. 13.25 Lac (Ex-Showroom Delhi) and the new Variacor 400 engine with the new 6 Speed transmission is available only in the top-trim i.e Safari Storme VX.

In the fleet of models that TATA has on offer, TATA Safari/Storme is the only vehicle so far which has not been affected with the TAXI badge given to TATA by public. TATA Safari and Safari Storme has been among the favorites for the off-roading activities and even as personal vehicles. The Safari Storme tries to keep up with the grace even after the facelift. Though TATA’s other products have been facing stiff competition so far but Safari Storme has carved out a niche ably for itself. Now I believe, enough has been said of TATA and Safari’s history so far. Let’s begin to write about the present and how I felt driving the new Safari Storme 400 Varicor with it’s new and powerful heart transplant. So, has TATA been able to carry out the transplant successfully or not, let’s see!

This new Tata Safari Storme Varicor 400 doesn’t boast of any major external or internal upgrades and the only major change which has come is in the form of a new Varicor 400 engine and a 6 Speed MT. With this much needed upgrade the Safari Storme is giving sleepless nights to XUV-500. However, a plus point in Mahindra’s case of XUV-5OO is the recently launched AT version. TATA Safari Storme is yet to get the AT Box and god only knows when will AT Box see the light of the day in Safari Storme.

The external profile of the Tata Safari Storme Varicor 400 is similar to the present Safari Storme Facelift with the similar JLR inspired honeycomb radiator grill. However, a small but significant change which you’ll see in the side profile of the Varicor 400 Safari Storme is the “Varicor 400” Badge which will instantly make you understand that this is the one with new engine and 6 Speed MT. With all other dimensions and specs remaining the same, Safari Storme is certainly very much capable of performing tasks both on-road and off-the-road with much ease and the excitement which the driver gets while sitting in the SUV like Safari Storme is unparallel and the reason is the “Safari” name which has been coined by TATA in the Indian Automotive Industry more than a decade ago. It is rough and tough and a person like me with handle-bar mustache, 6Ft height and heavy built certainly complements the muscular profile of the Safari Storme very well. Oops! I am blushing, Let’s carry on with the car!

If I speak of the interiors then too, there is no major change visible and it still has 6+1 seating format. The VX trim has the multi-function 3 spoke steering wheel which comes equipped with smart control buttons and the drive Integrated CONNECTNEXT infotainment system by Harman. The dual-blower air conditioning provides all round cooling inside the cabin. The upholstery and interior fit and finish are still much the same as the present Safari Storme facelift. The abundance of space and the seating comfort still exists which is a big USP of the Safari Storme.

Firstly, let me state that the non Varicor 400 engine of Safari Storme delivers power and torque output of 150 PS at 4000 rpm and Torque of 320 nm at 1700-2700 rpm. So now, New Safari Storme VX as I mentioned is the top end trim of the SUV and it is powered by the all new and more powerful 2.2 litre 16 valve DOHC turbocharged VTT Varicor 400 engine which is now mated with a 6 speed manual gearbox and provides a better gear ratio which makes it a more versatile performer. This new Varicor 400 is capable of producing 156 PS peak power at 4000 rpm and the peak torque stats are 400 Nm at 1750-2500rpm which makes this Safari Storme much more agile than the other variants of present Gen Safari Storme and you can observe here the power has gone up by 6PS and Torque is up by 80NM. Pick up is smooth and power generation is linear. Also, the Safari Storme Varicor 400 gets its power distributed in linear manner in all the 4 wheels with the Shift on the fly four wheel drive system along with this Safari Storme Varicor 400 is also equipped with a limited slip differential so this SUV can easily deal with any road surface. Tata Safari Storme as you all are aware is available with both 4x2 and 4x4 variants and as per ARAI reading the fuel economy stands at 13.9 km/l and to talk of the most important aspect i.e NVH, I am pleasantly surprised with the way the NVH has been modulated. While driving, for a moment I felt as if I am driving a petrol SUV simply because of the negligible in-cabin noise and the NVH levels. You’ll only get to hear the roar once you press on the accelerator beyond 2000 rpm

The steering is pretty smooth and helps in turning the SUV in tight corners with much ease. Even in crowded lanes of the South-Ex residential area, I was able to maneuver it with ease. Suspension is nicely worked out and bumps are much lesser in feel and it further enhances the ride experience overall. Speaking of the new 6 Speed Transmission, it is really smooth and full marks to TATA on it. The clutch is smooth and gear shifts are smooth with no jerks were felt during up-shift or down-shift. I feel, by giving a 6 Speed MT, TATA has fulfilled the need of a better gear-to-speed requirement. Such big cars in my personal opinion should not be equipped with anything less than a 6 Speed MT/AT box.

For Details of the Safari Storme Facelift please refer this link.

For review of the XUV-5OO Facelift please refer this link.


Without Pics, the review is not complete. So a few pics of the new beast. The video of the engine sound will follow soon. 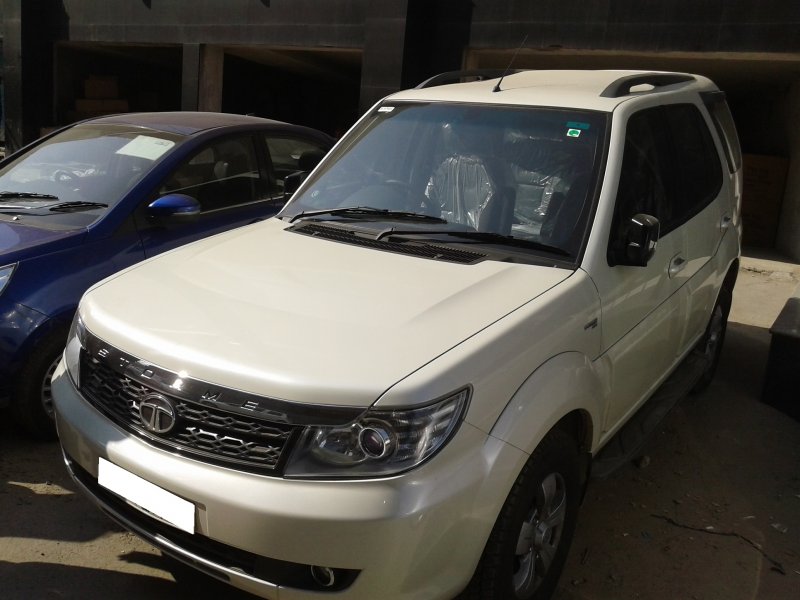 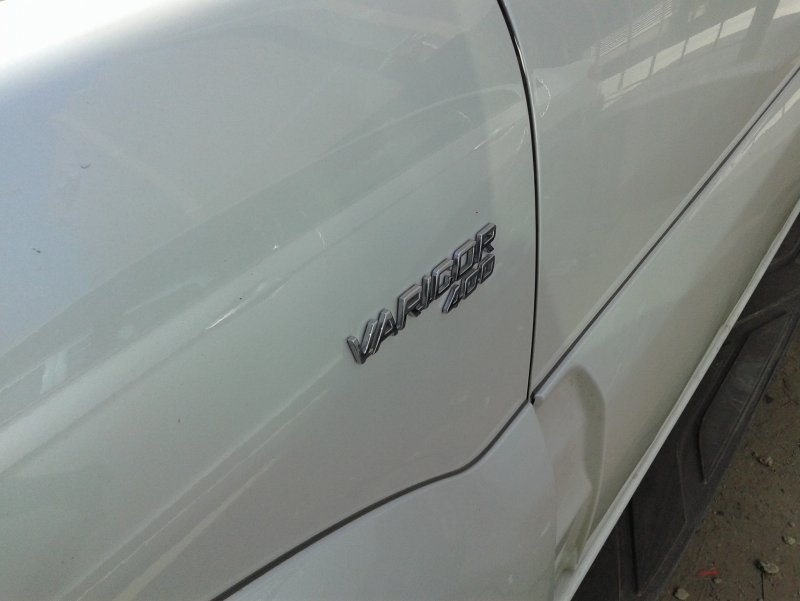 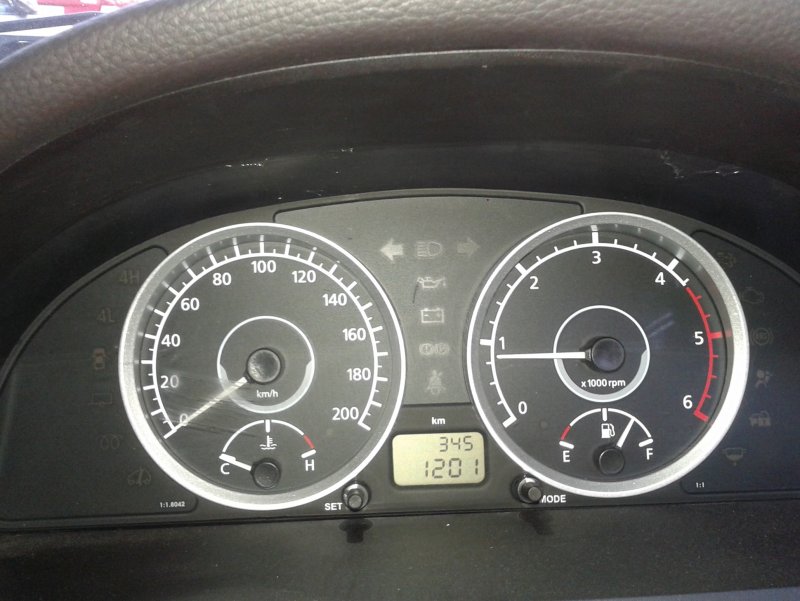 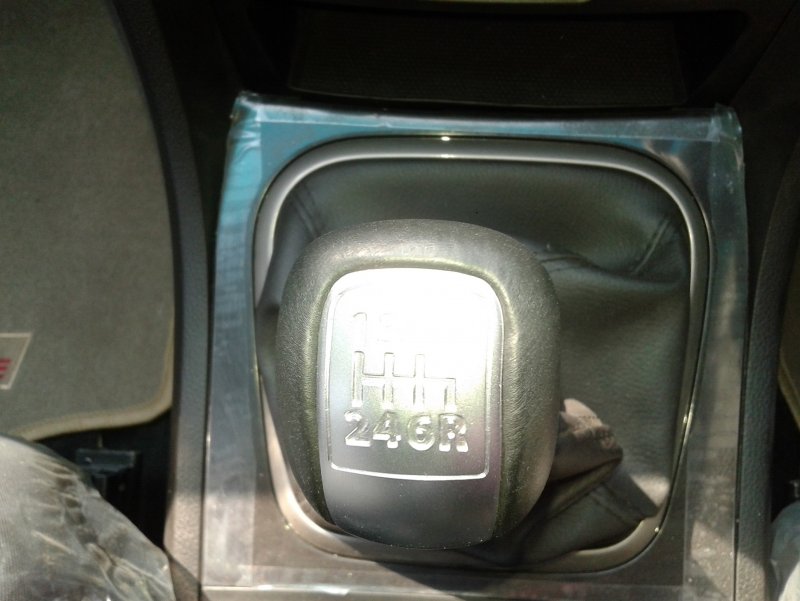 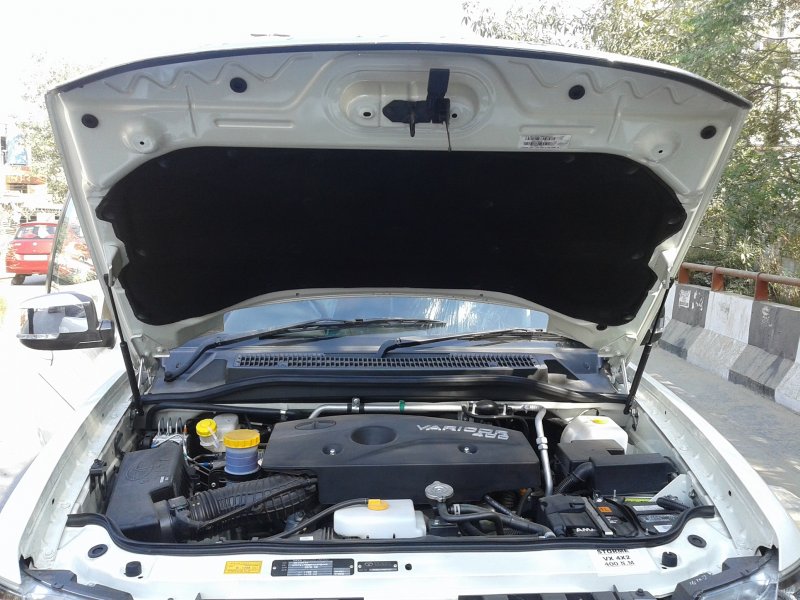 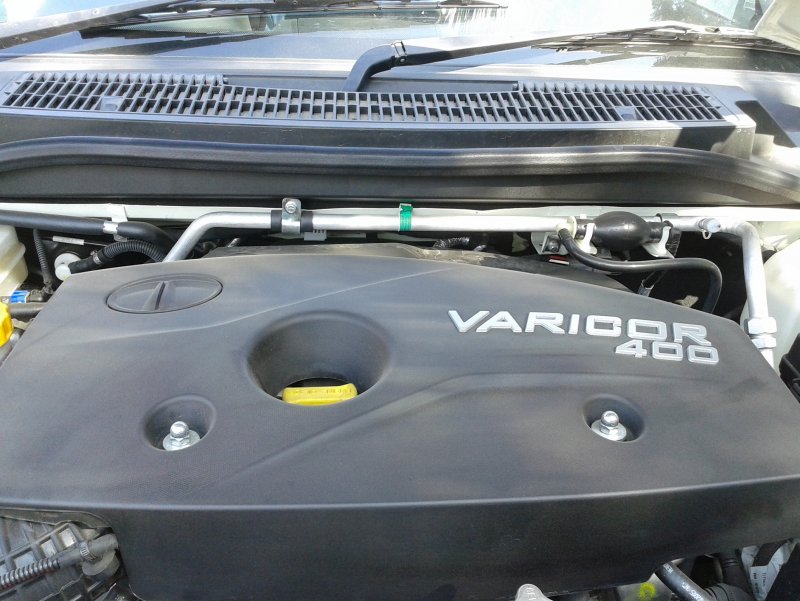 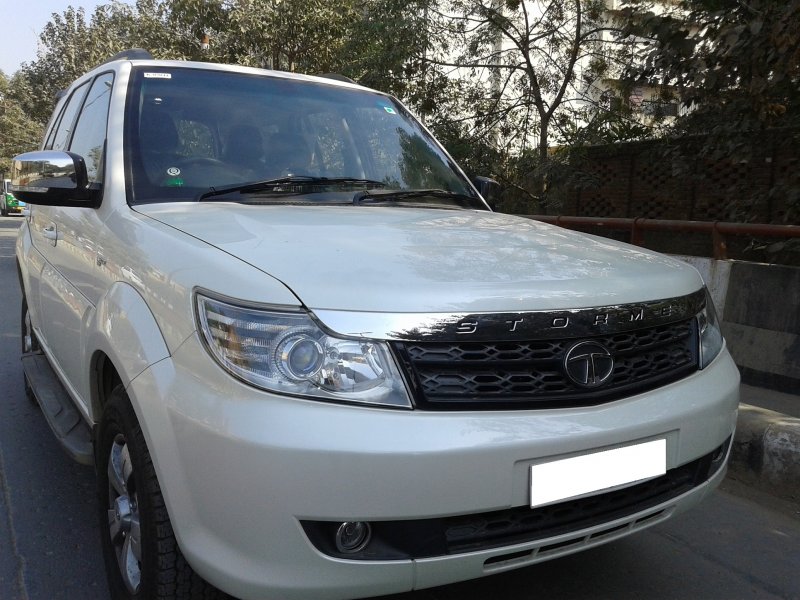 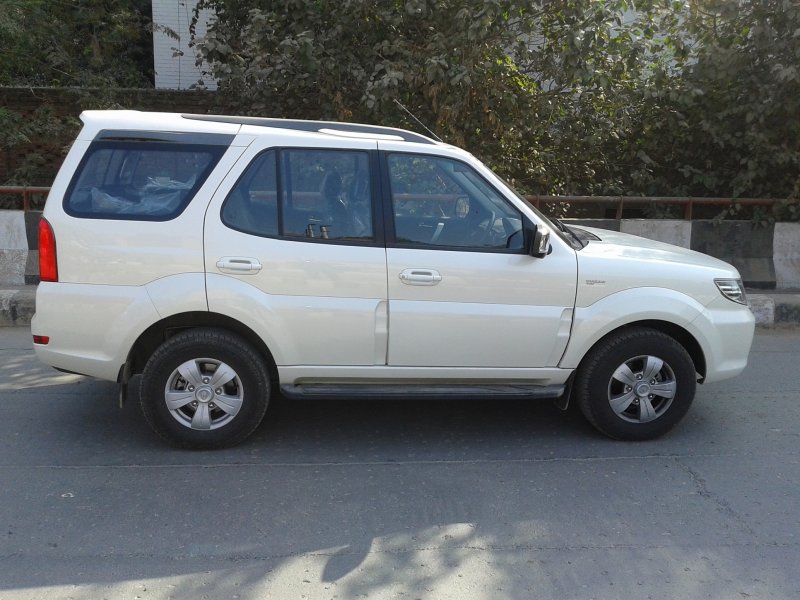 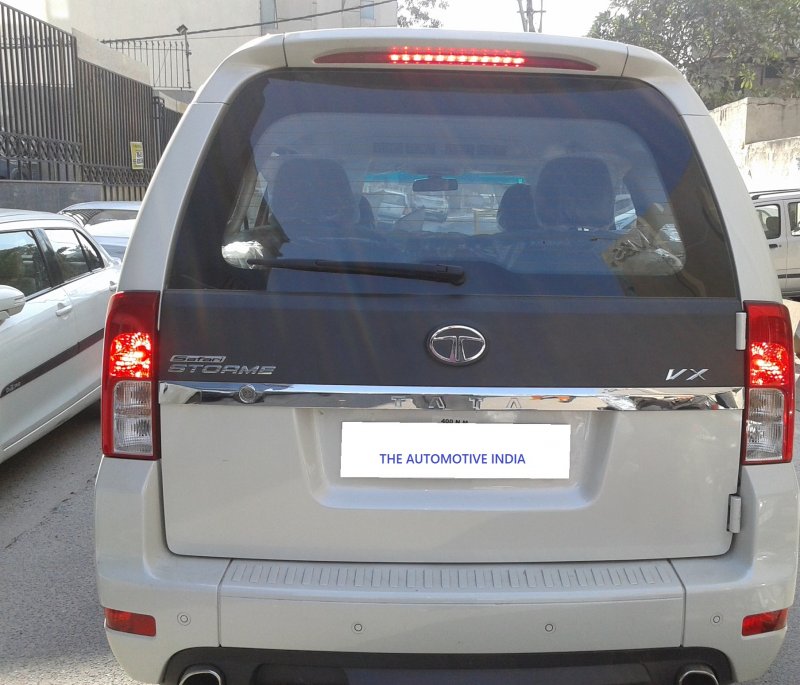 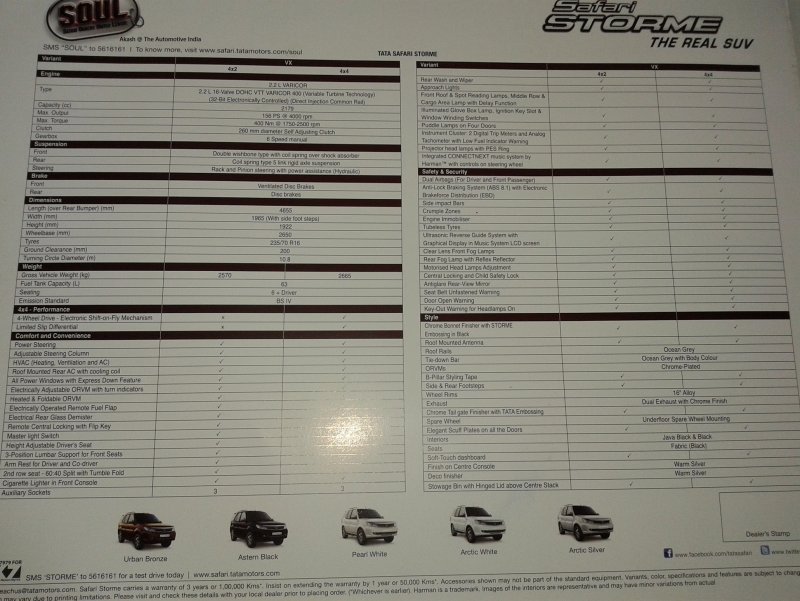 All Pics and Videos of this Drive Review are only for The Automotive India. Any Re-use needs full credit to TAI.​
Regards

Did you felt any difference between low end torque of Storme 400 & 320?

Tornado said:
Did you felt any difference between low end torque of Storme 400 & 320?
Click to expand...
Honestly, in my view, with the increase in torque by 80 Nm this one evidently pulled up better than the non-varicor 400 Safari Storme. As I have driven both, this one drove peppier than 320 Nm Storme.

When TATAS can provide AMT in zest, is it difficult for them to provide it in Storme?

Akash1886 said:
Honestly, in my view, with the increase in torque by 80 Nm this one evidently pulled up better than the non-varicor 400 Safari Storme. As I have driven both, this one drove peppier than 320 Nm Storme.

Akash
Click to expand...
Did you take it to high speeds and also braking from there?

ksdr said:
Did you take it to high speeds and also braking from there?
Click to expand...
As a norm I stuck to the speed of 70-80 km/h can't go beyond that as principle and traffic buddy. In this range of speed the brakes were very much responsive and accurate. No issues or jerks or shuddering noise heard by me. The SUV did not move left or right and halted in-line.

I was waiting for this review for long ! Thanks a ton buddy..

In my personal opinion, cars of the SUV type must be best enjoyed with manual transmission. Too much electronics takes away the fun of offroading/dirt roading. I am also told that the Varicor400 Storme now has much less body roll all around, and also lesser front dive during braking hard. Consequently, the ride feels stiffer, but dynamics are improved. @Akash-can you confirm? Aside from the monstrous weight (2.2 tonnes), this is the best "affordable" SUV with all essential comforts and dollops of power.

acechip said:
I am also told that the Varicor400 Storme now has much less body roll all around, and also lesser front dive during braking hard. Consequently, the ride feels stiffer, but dynamics are improved. @Akash-can you confirm?
Click to expand...
Ace, Indeed, the diving on low-speed hard braking and even with braking at 60-80 km/h range, this one did not nose-dive. Body roll was well controlled. Even when I turned the car in the lanes, had to apply the brakes frequently due to parked and on-coming vehicles, so, over there too the body-roll to me felt controlled

acechip said:
I am also told that the Varicor400 Storme now has much less body roll all around, and also lesser front dive during braking hard. Consequently, the ride feels stiffer, but dynamics are improved. .
Click to expand...
Same is true for varicor 320, or they have done any changes in 400?

Why worry about the automatic or AMT? Soon all big cities will ban big diesels, Even though they are much clean per km compared to some small petrols.

I wonder in a few years (looking at this unscientific bullcrap) only tier 3/4/5 cities/villages/towns will allow big cars like Safari to roam around. What if they had to visit Delhi for some important function/medical emergency?

Ban is on registration, not on plying.
As usual, it is an eywash. just like smart city scheme, if you want to buy a smart flat in these cities, it costs one crore, I wonder, how can whole city become smart when the government sends money equal to cost of 100 smart flats?
C

Tornado said:
When TATAS can provide AMT in zest, is it difficult for them to provide it in Storme?
Click to expand...
Because AMTs perform better with small displacement, low torque engines where up/downshifts do not register bigger torsional changes in the gearbox.


That said, TML have lost the plot once again by not providing this vehicle with front facing seats all through. They had showcased once such vehicle at the Geneva Motor Show and fitting those seats onto the Indian variant would have been a cakewalk. But Tata being Tata....Phew.
You must log in or register to reply here.