@Kingtut, they won't shrink this. This is the final version which is 3850mm long so it would look proportionate unlike kuv. Kuv is only 3650mm long.

Heard this would carry the same natural aspirated 1.2L petrol as in Tiago. Being based on Alfa platform I expect it should weigh same as Tiago. So I expect this to be nearly as efficient as Tiago. It would create a new segment altogether. The looks are WOW!
Last edited: Mar 6, 2019

Interesting, Pratap Bose targeting 2020 launch. Whats interesting is not the timeline, but what he said, 80% production ready. That means body shape and those wheelarches etc are more or less frozen. Also. he was hinting may be the massive digital display will make it to production as it will be the norm in future. Also since its on Altorzs platform, it is EV ready.

Tata H2X Hornbill will be positioned between the Tiago and Nexon in the company lineup, as far as pricing is concerned. Based on the new ALFA platform and boasting of Tata Impact 2.0 Design Language, the new Hornbill receives a floating roofline, massive wheel arches and high ground clearance.

H2X as per Pratap Bose is as small as they can go and still achieve 5 stars. So, there may not be a smaller SUV.

I believe TATA motors Targeting B Premium segment with this Hatchback Oops sorry with this eCSUV they wanted to compete with Cars like Segment Leader Swift, Grand i10 and KUV100 but with a different body style which mahindra tried and burnt their hands.

So safely we can expect H2X sandwitched between TIAGO and ALTOZ price range could be starts from 6.5Lacks to 8.5L onroad. 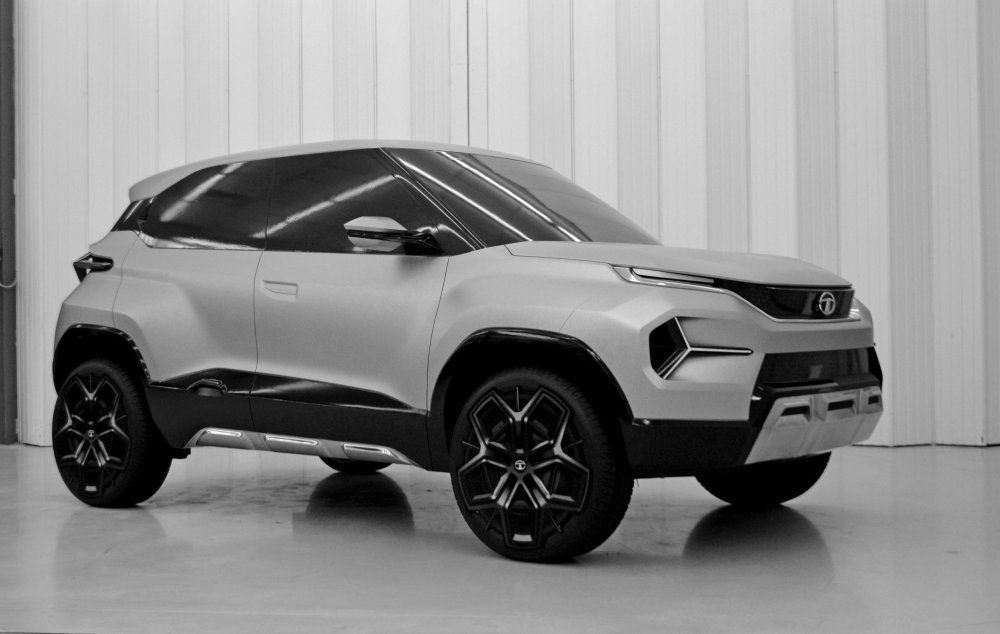 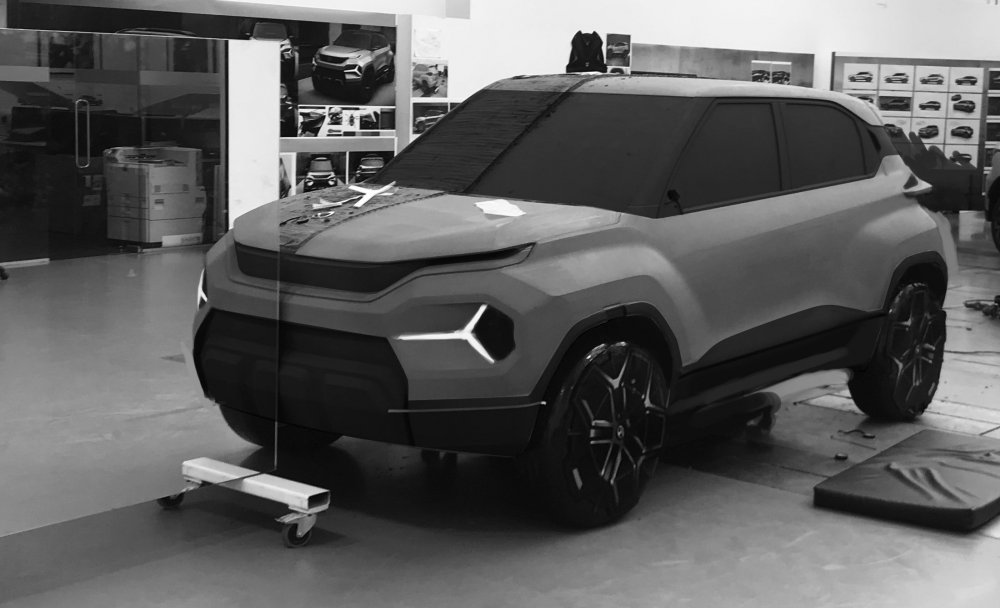 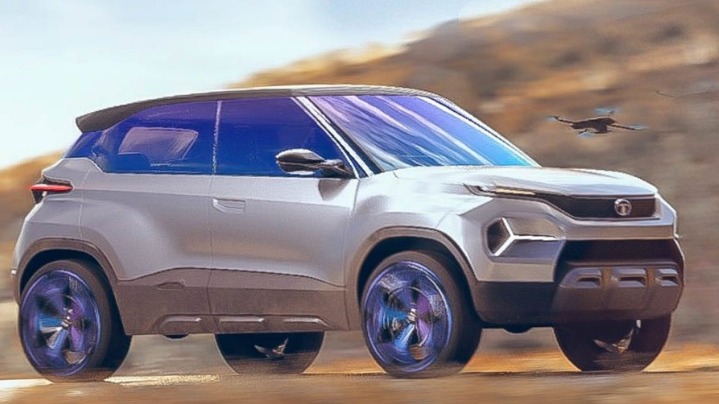 As shown by the Tata H2X concept, the new model will look like a smaller sibling of the Harrier. It will have many bold design bits and will offer a modern cabin with several advanced features. The concept model featured a fighter jet-like steering wheel, ‘Coanda’ AC vents and a dual-screen setup. 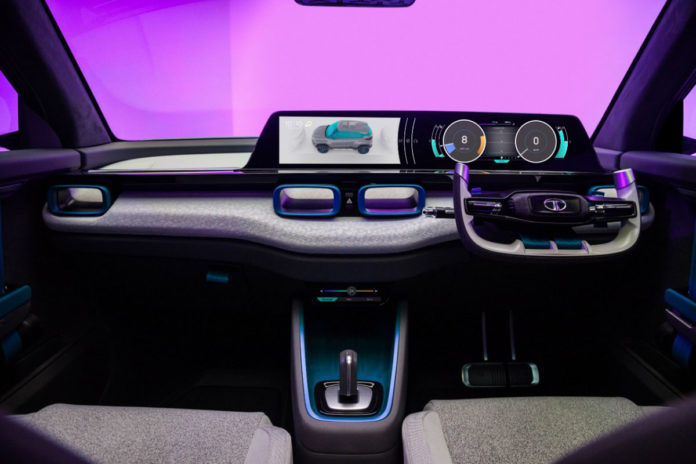 Compared to the concept, the production version of the Tata H2X will have bigger headlamps, a conventional grille, smaller wheels, and less flared wheel arches. However, as revealed by Pratap Bose, Head of Design, Tata Motors, the new model will have a boxy silhouette and a bold stance.

I don't understand why H2X should be priced below Altroz. It is 150mm shorter in length but around 150mm taller too. It should be a premium car and Tata should not cut corners in it. I would like to see a price parallel to Altroz. Its not a KUV/Ignis rivals as they are ghastly looking cars but this one is butch and beautiful and should be half a segment higher and is bigger than those cars. Just because its slightly lesser in length than Altroz/Nexon does not mean Tata should make it a lower segment car. It can be a premium car competing with those.

Tata Motors has officially confirmed that it plans to launch the production version of the H2X concept, which it had unveiled at the 2019 Geneva Motor Show. Like other latest concept models of the company, the H2X concept incorporates the IMPACT 2.0 design philosophy.

The H2X concept's production version, internally known as the 'Tata Hornbill', will break cover after Tata is done with the Altroz and the 7-seater SUV codenamed H7X (Buzzard). "Tata Motors’ design team is now geared up for the next spate of the company’s passenger vehicle launches which includes the much-awaited Altroz, followed by the 7-seater SUV codenamed H7X as well as the showstopper of this year’s Geneva Motor Show, the sub-compact SUV codenamed H2X," the company said in an announcement today.
The Tata Hornbill will have an imposing front fascia reminiscent of the Tata Harrier mainly because of the grille design and the split headlamps. Apart from this, the H2X will feature an aggressive front bumper design, chunky trapezoidal wheel arches, extra body cladding and straight lines. Pratap Bose, Head of Design, Tata Motors, had said in March that 70-80% of the concept's design is production-ready.
The Tata H2X will have around 2.5-metre-long wheelbase. Its width will measure around 1.8 metres and height will be around 1.6 metres. Following the footsteps of Altroz, it will be based on the in-house developed Advanced Modular Platform (AMP). Also shared with this hatchback will likely be a 1.2-litre naturally aspirated three-cylinder petrol engine. Transmission choices should include 5-speed manual and 5-speed automated manual. 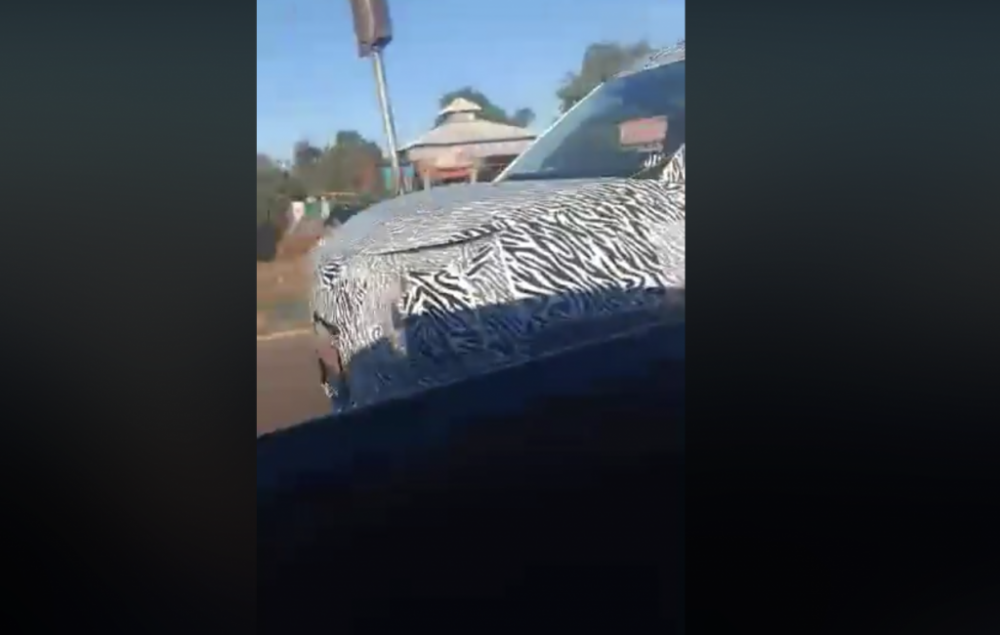 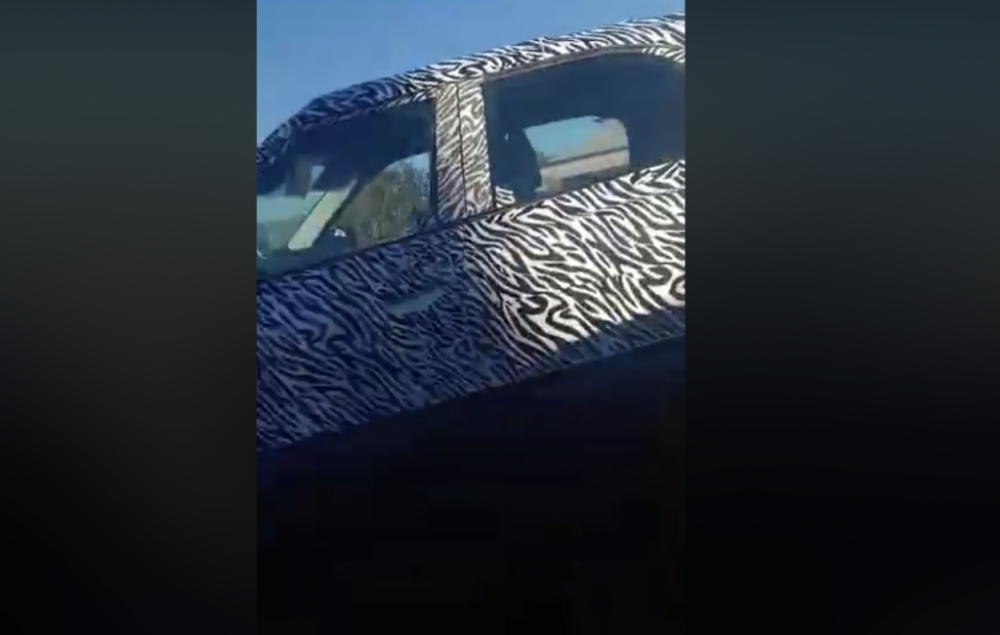 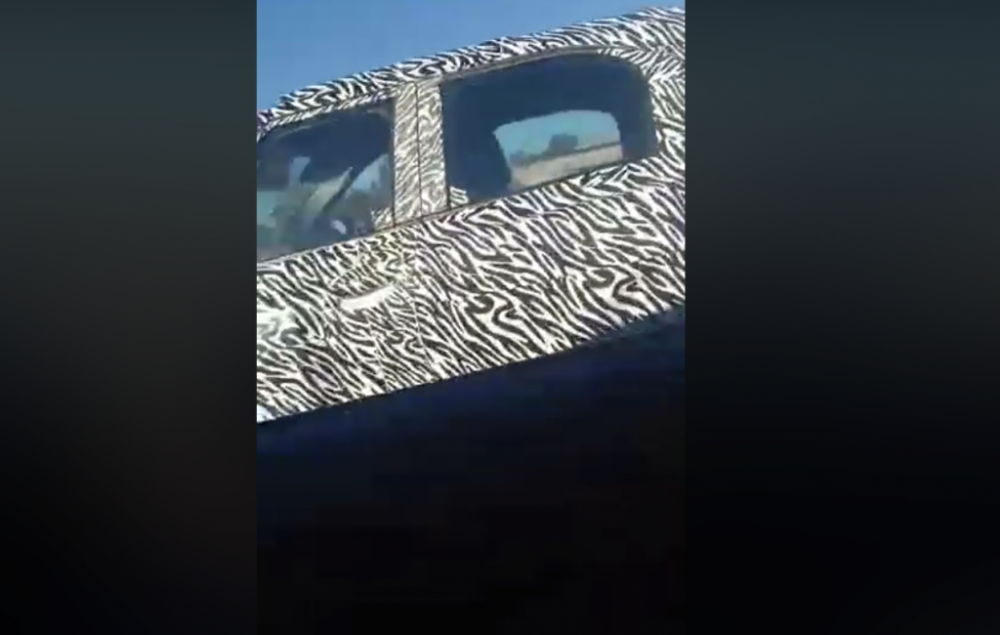 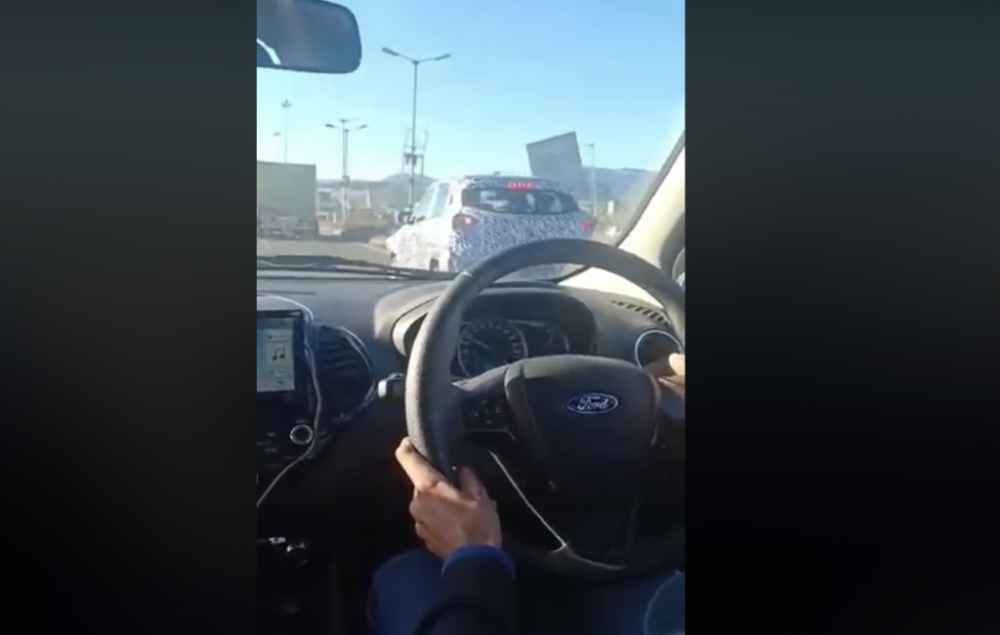 Tata H2X micro SUV has been spotted on test for the first time. 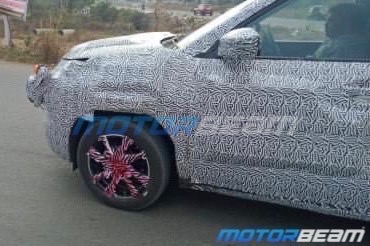 Tata H2X micro SUV concept was revealed at the 2019 Geneva Motor Show. It is codenamed as Tata Hornbill. The rear profile of the test mule resembles the concept version a lot. We expect the production car to look very similar to the concept version just like what Tata did with the Harrier and Altroz.

The micro SUV will be positioned under the Tata Nexon and will compete against the likes of Mahindra KUV100 and Maruti Ignis. It will be offered only with a single petrol engine option, no diesel planned for small cars from Tata in the future.

The 1.2-litre, 3-cylinder, naturally aspirated engine will be offered with the H2X. The production version is likely to be showcased at the 2020 Auto Expo next month. The Indian carmaker is expected to introduce the Hornbill ahead of the festive season in mid-2020. 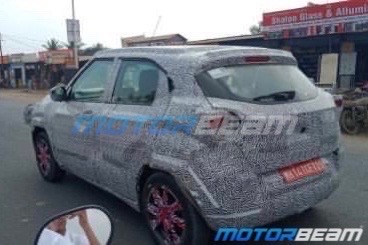 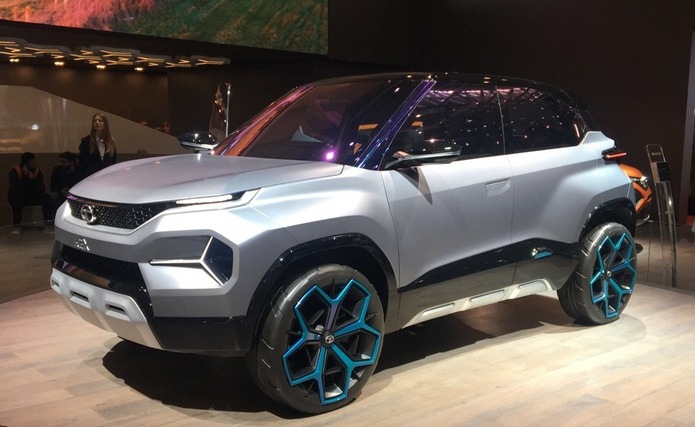 The production version will look similar to the concept car 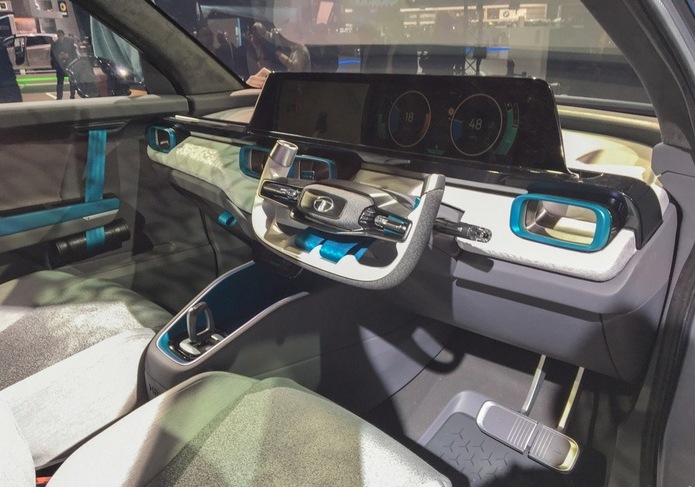 The interior will be considerably toned down in the production car 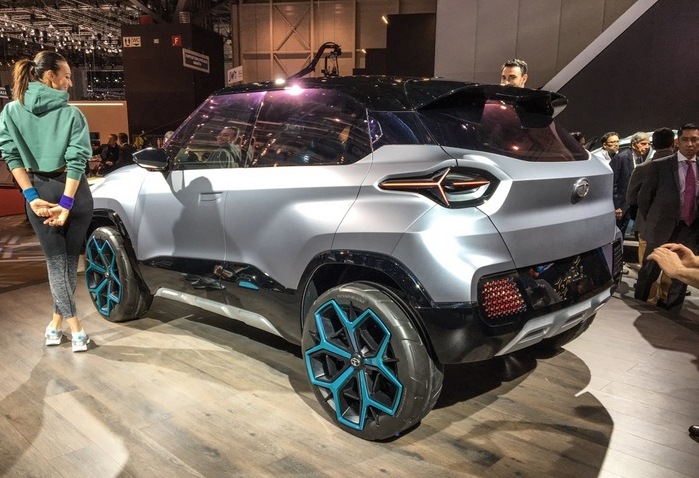 The proportions are all wrong, it should have been shorter and wider,
This will look like those mahindra 4 meter contraptions 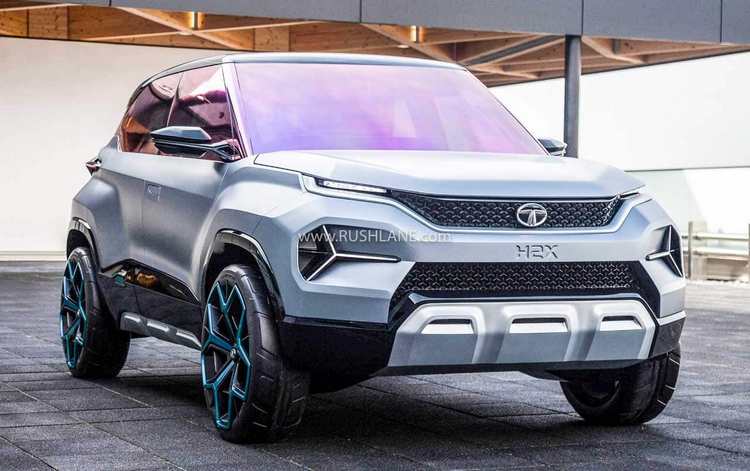 First showcased at the 2019 Geneva Motor Show last year, the Tata H2X concept small SUV will now be showcased at the 2020 Auto Expo. Expected to be unveiled with the name Hornbill, Tata H2X could be launched during the festive season, sometime around Diwali 2020. Production versions have already spied on test with camouflage near company plant in Pune. 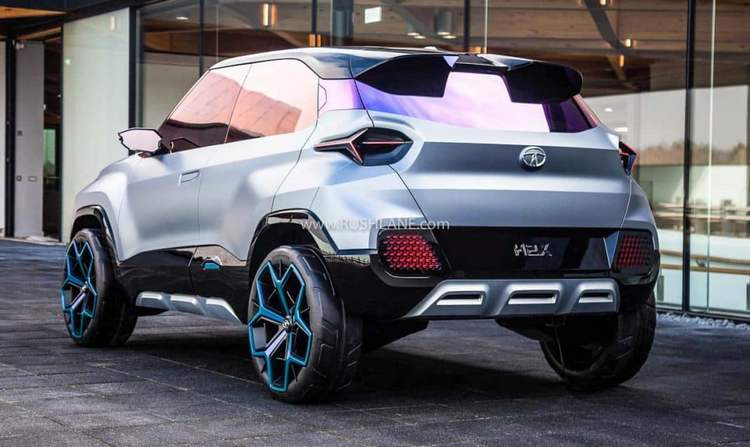 Tata H2X SUV borrows several design elements from Harrier. However, the platform used for H2X is ALFA Arc and not OMEGA Arc that has been used for Harrier. ALFA Arc is an entirely new platform, which supports a wide variety of body styles and powertrains. The first Tata car to utilize ALFA is Altroz that will be launched on January 22. Just like Altroz, H2X is also based on Tata Impact 2.0 Design Language. 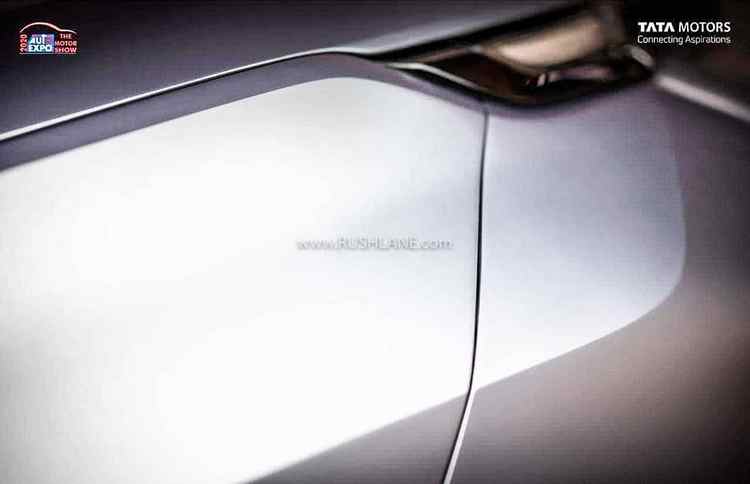 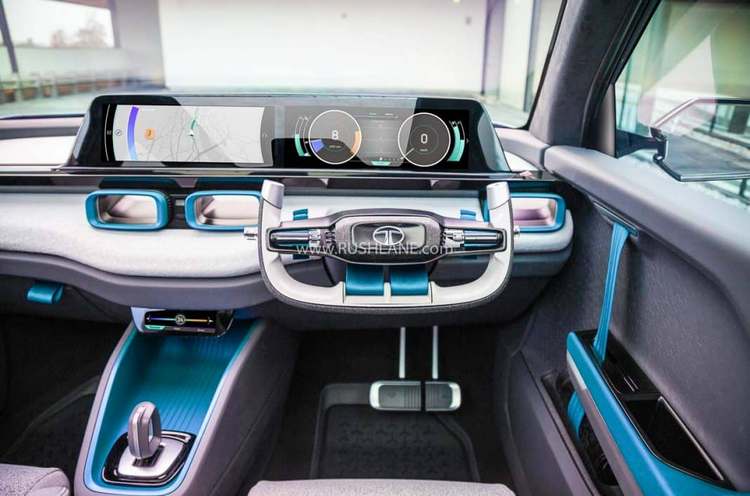 One of H2X’s main USPs will be its superior safety in comparison to that of other such cars in this segment. Key safety features on-board H2X include rear parking sensors, dual airbags, cornering stability program, ABS with EBD, rear defogger, and auto dimming IRVMs. H2X will also come with steering mounted controls, height adjustable driver seat, and electric power steering. 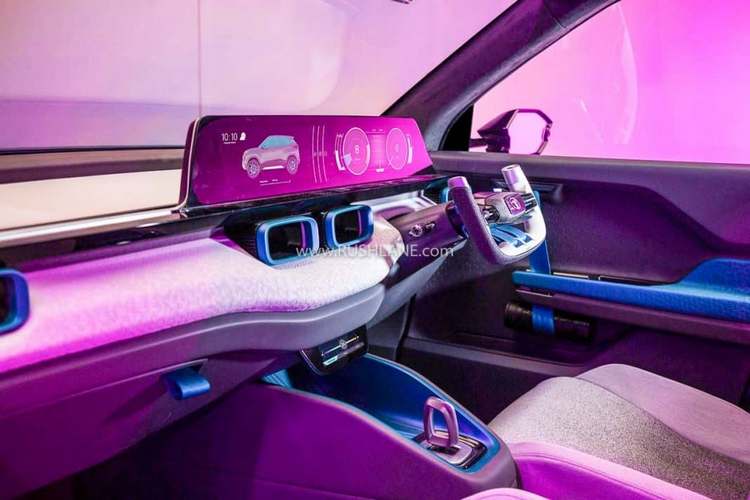 More..
You must log in or register to reply here.