Tata Nano Gets Its First Upgrade - The Nano 2012

THE XOVER said:
anyways tata have already updated their website abt this new nano
Click to expand...
Yes. Here is the link. The new colours are refreshing!

Notice the part between 0.24 and 0.27. Why does every other automotive ad have to be about reckless driving?

buddy whats reckless?? they are only over taking trucks!

Umang i wasn't allowed to click any pics as yesterday the car was not launched.

buddy whats reckless?? they are only over taking trucks!
Click to expand...
Not like that and the way they are doing it is whats called Reckless.

And thats the exact problem with such ads, When they show it in an advertisement youngsters tend to think that its the proper way to overtake and follow suit. Sometimes they get caught by the authorities, Sometimes they end up in a mishap.

Overtaking through the left side and driving zig zag is against the Law and irresponsible. Tata should be more responsible and edit that part from the commercial.
Last edited: Nov 21, 2011

Now many colour options to choose from.

Tata Motors today announced for the Tata Nano introduction of a bouquet of features -- of new colours, new interiors, a more powerful gasoline engine and even greater fuel efficiency of 25.4 kmpl, further improving on its record as India’s most fuel efficient petrol car. The car is already available at dealerships, at the same price as before. Making the Tata Nano even more desirable, the car’s 624cc engine has been made more powerful delivering an impressive 38PS of power (earlier 35 PS) and 51Nm of torque (earlier 48 Nm). Yet fuel efficiency, already a high point with Tata Nano owners, has been taken to a new high of 25.4 kmpl (earlier 23.6 kmpl) as certified by the Automotive Research Association of India (ARAI). The high fuel efficiency, with a low kerb weight of 600 kg, ensures that the Tata Nano at 92.7 gm / km has the lowest CO2 emission among cars in India. With a top speed of 105 km and ability to negotiate inclines with a gradeability of 30%, and a class-leading turning radius of just 4 metres, the Tata Nano is a perfect combination of power and performance.

The ride and handling, also already highly appreciated by existing owners, now has become even better with a revised suspension set-up, including an anti-roll bar at the front, and a steering mechanism made even easier. While the cabin is quiet, a racier sounding exhaust note now gives the Tata Nano a more assertive road presence. Booster-assisted brakes, already available in the Nano CX and the LX, have now been added to the Nano Standard as well. The Nano CX and LX now have tip-tap mirrors on both the driver and passenger sides. For the Nano Standard, which already has a driver side mirror, the passenger side one can be installed as an accessory. The interiors are completely new with enhanced premiumness in look and feel – luxurious beige in the Nano LX, rich black in the Nano CX and stunning medium graphite in the Standard version. The exteriors are now a veritable vibgyor of 10 colours, eight of them new -- Pearl White, Rouge Red, Aqua Blue, Neon Rush, Serene White, Meteor Silver, Mojito Green, Papaya Orange, Sunshine Yellow, and Champagne Gold. New half or full wheel caps accentuate the distinctiveness.

The Variants and Features: 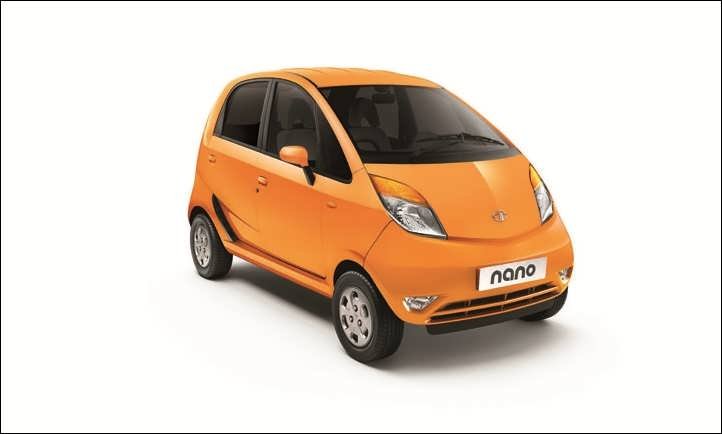 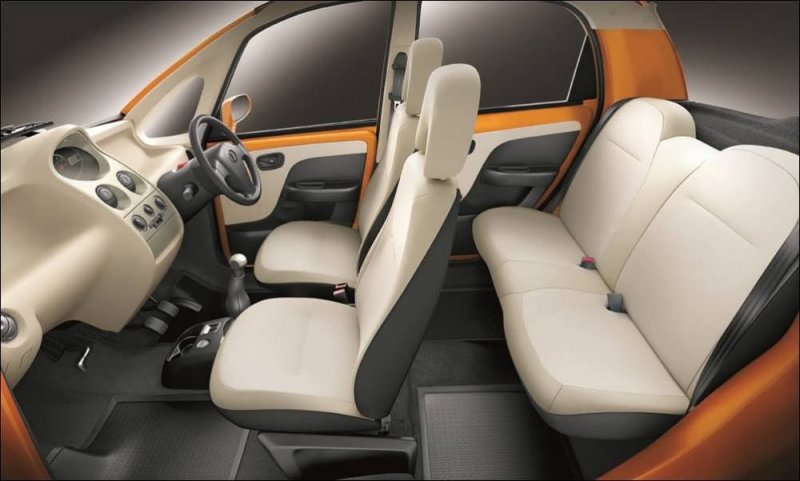 The interiors look great now. And the upgrade on the power figures along with the suspension is also a great idea. Think Tata's done good this time.
Last edited by a moderator: Nov 21, 2011

Only GOD knows when tata wll launch nano diesel.This version though improved but still won't sell 20,000 units a month.Tata needs to launch nano with 2 pot crdi engine and with tag of 35 kmpl.Even this nano's mileage seems to be quite good though.Hope now nano gets its due.
J

Nano qoutes-icing on cake. (old one though)

“In an ideal world, after the small car has been launched and is successful, that would be a nice time for me to exit,” -Ratan Tata

“We can not make a Rs one lakh car. Our engineers have said they cannot do it.” - Shinzo Nakanishi, MD Maruthi Suzuki India

“Since, a promise is a promise the standard dealer version will cost Rs 1 lakh” - Ratan Tata releasing the Nano to the world
An official of Hyundai Motors said “We definitely see it as impacting our sales” he said in halting English, preferring to maintain anonymity

“I observed families riding on two-wheelers — the father driving the scooter, his young kid standing in front of him, his wife seated behind him holding a little baby. It led me to wonder whether one could conceive of a safe, affordable, all-weather form of transport for such a family.
Tata Motors’ engineers and designers gave their all for about four years to realise this goal. Today, we indeed have a People’s Car, which is affordable and yet built to meet safety requirements and emission norms, to be fuel efficient and low on emissions. We are happy to present the People’s Car to India and we hope it brings the joy, pride and utility of owning a car to many families who need personal mobility,” - Ratan Tata releasing Nano to world

“My skepticism about the Tata car is not about Tata’s ability to put it together but to put it together at the price of Rs 1 lakh. It is not fair to say that Rs 1 lakh is the ex-factory price — our two-stroke directly injected three wheeler, which is nowhere close to a car, costs close to Rs 1 lakh to the customer. I still haven’t heard them (the Tatas) say it will be profitable.” - Rajiv Bajaj of Bajaj Auto

“It is a proud moment for India. It demonstrates India’s technological and entrepreneurial ability. The car will help people move from two-wheeler to four-wheeler and it will leap-frog the two-wheeler,” It fulfills the need of the common Indian who aspires to move from a two-wheeler to a four-wheeler“- Kamal Nath. Minister of Commerce. Govt Of India

” It is a good car but we need to test it,” “Only the Tata’s can explain how they managed to achieve it.” - Jagdish Khattar, former chairman and managing director of Maruti Udyog

“The key thing, therefore, is not the price of the car but the running cost” - Rajiv Bajaj of bajaj Auto

“I think it is a great thing for India because mobility is giving new opportunities. I hope Tata is driving a great success with the Rs one lakh car, but it is not our plan.” - Thomas Kuehl SkodaAuto India Board Member

“It is fantastic, outstanding engineering. It helps redefine the sector in the country. It has established new grounds.” - Venu Srinivasab MD TVS

“The more, the merrier. Fundamentals of the two-wheeler industry are strong and Rs one lakh car is not something which we are worried about.” - Anil Dua, VP Sales and
Marketing, Hero Honda Motors


“Every car has its own buyers and I am sure this car would also have its set of customers, but this segment does not excite us.” - Karl Slym GM President and Managing Director

“The 1-lakh rupee car is not going to impact our potential customers. Our customers would buy our products for the sheer joy of riding.” - P.Sam Head Sales. Yamaha

“The best thing is that they have kept the price at levels promised at concept stage. It is good to look at. I can’t say about the driving experience as I have not taken a trial.” - Ramesh Suri, Chairman, Subros

“I think it’s a moment of history and I’m delighted an Indian company is leading the way.“ – Anand Mahindra of Mahindra and Mahindra Ltd

“I congratulate Tata. He has delivered what he promised.” - Onkar Kanvar Apollo Tyres

Great collection of quotes Hats off to you.

ACI review is up and is quite positive. I think better exhaust note, interior and colorful exteriors will definitely result in more buyers. Most importantly, they have not increased the price.

In any case, timely refreshed/update is essential for boosting up the sluggish sale. Fiat India should have taken this cue much earlier.
You must log in or register to reply here.