After putting two prototypes of Air powered cars on the roads to test the proof of concept, Tata Motors Limited is moving to phase two of the Air Car development. In the second phase of development, Tata Motors will aim to develop parts for the Air Car for commercialization of this fossil fuel free engine technology. Once Tata Motors manages to successfully develop components to commercialize the Air Car technology, these cars could get into commercial production aimed at the mass market. Before we delve into that, allow us to give you a brief overview of what the Air Car is all about. 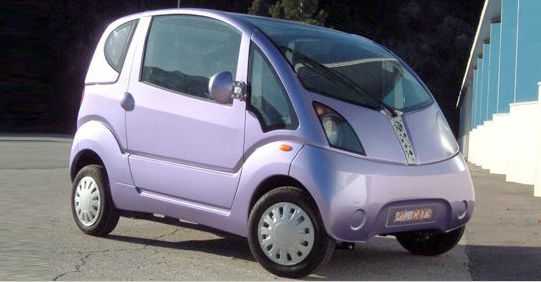 So, the big cost savings in running costs make the Air Car a very compelling option given that the fossil fuels have been pointing towards the stratosphere for quite a few years now. However, the current Air Car technology does come with its drawbacks, like that of a limited range and a limited top speed, which would make such cars suited more for city roads rather than long highway drives. Even so, the sheer cost savings that this technology brings to the table makes it an alternative worth exploring and this is precisely what Tata Motors is doing, by buying the technology license from Motor Development International, the company which has developed the engine running on compressed air.

For now though, Tata Motors, in the second phase of the Air Car development, will focus on making the Air Car ready to be put into production and ready to run on Indian roads. That is still a few years away and therefore, Tata Motors is refraining from putting a time frame on when the Air Car would be launched commercially. For a company that has successfully built the least priced car in the world in the form of the Nano, the Air Car represents a stiffer challenge, for if it arrives onto roads at a affordable price, it has all the potential of changing the way the world moves.

Nice info S Class. Coincidentally, today only, I was talking to a Burmese colleague. And he asked me about Tata's air powered car. And I said I have no idea about it. Now after going through this post, tomorrow I am going to explain to them about the car. I also came to know that Tata is going to full fledgedly tap the auto market in Myaanmar.

IMO. this looks lke a miniature nano in the front
S

Has the Tata OneCAT / Air Car launched yet in India?

I was watching a segment of Shark Tank where two guys (one was Pat Boone) was pitching a company that will make a "Air Pod vehicle" in Hawaii. They mentioned that Tata was manufacturing an equivalent in India. I'm fascinated by it, has it launched yet? And how well has it been received?
You must log in or register to reply here.