Akash1886 said:
Let me have this pleasure to thank Vipul & Vibhor for making the review live. I had been eagerly waiting for it. This one sets an entirely new benchmark in Official Review(s) writing. Highly detailed one! Now, I can sleep in peace today.
Click to expand...
Thanks a lot for kind words akash, routine is indeed taking a hard toll on me these days, things should normalize in a couple of weeks though.

Tata's misinterpretation of the wise saying 'if it ain't broke, don't fix it' to if it broke and reported even then don't fix it is simply amazing.

Click to expand...
Dunno why, I just can't disagree on this specific line. But yes, drive it to believe it, Hexa is a lot more than just an Aria with changed clothes and character.

AppU said:
Who knows, Even I may buy Hexa as my next car
Click to expand...
That will be a wise choice I believe, its priced right and Tata is working very hard in terms of customer support too.

tejRocket said:
New HEXA prices updated on Tata Hexa
Below is the comparison of previous and present Ex Showroom prices in Goa

View attachment 232047
Click to expand...
thanks a lot for sharing updated prices.

kkn13 said:
Good review !! But one small feedback- calling Crysta "Chinese design" is in poor taste
Click to expand...
Here comes the personal perception into play, even new Fortuner looks Chinese to my eyes, I am an Endy type guys you know. But yes, I do completely agree with you over that fact that Crysta is a very functional, well equipped and decent vehicle with huge capabilities.

tdcarlover said:
On reading this review i have a thought-despite having near perfect SUVs in Land-rover and all the assistance from them, how come they got the ergonomics of the third seat wrong.
Click to expand...
One way it's thoughtful too, no third row occupants in the 7 seat Hexa can deboard the car on right hand/traffic side. But they have royally messed up in the 6 seat version.

I hope i am wrong,but it looks like we will be at the 1-1.5K mark sales for a while to come-the recent price hike will pinch the Hex more than the XUV-it was just beginning to get some grip in the market

Click to expand...
Same is my opinion, after the price cut, Hexa closed the gap with XUV, which has again widened now.

chevrolet said:
Nice and detailed review. Does xta has TCS ?
Click to expand...
Nopes, and it gets tail happy too on loose surface.

jagrover said:
Great to know the issue was resolved. TML is indeed changing.
Click to expand...
I must accept that TML guys have worked really hard in that case, they sent engineers not once, but thrice the car was inspected by Tata engineers and they even drove on hilly terrain just to make sure that every kind of terrain is covered and nullify all the chances of reappearance. In other words, Tata spent more money in satisfying the customer than probably the profit they earned on the car, Mr. Rai is now very happy with his car and is even proud to tell others his Tata story.

One small and funny incident though:
One day on a phone call, when Mr. Rai visited the T.A.S.S. second time after the complaint was made, he was surprised to discover the presence of some Tata sales and service officials too along with engineers for inspecting his car. He told me in the night over phone "Arey yaar last time toh bas paani diya tha, aaj toh inhone mujhe lunch bhi karwaya aur woh bhi keh keh ke (Last time they offered only water, today they even got me lunch too and that also with requests)".

In other words, Tata spent more money in satisfying the customer than probably the profit they earned on the car, Mr. Rai is now very happy with his car and is even proud to tell others his Tata story.
Click to expand...
If he can convince another buyer with his story, that is a gain for TML right

jagrover said:
If he can convince another buyer with his story, that is a gain for TML right

Click to expand...
He is very happy and positive about Tata, coming to convincing; about him I don't know but I have convinced a close relative for Hexa as this incident has boosted my confidence on Tata by leaps and bounds.


With chrome peeling off and other loose plastics, why does all reviews say interior is good? Even in my 6yr old polo the chrome interior is still new.

Another Excellent review by TSI Vipul. Clear and crisp. In your previous reviews you had also done the review about mileage figures with respect to different driving modes. Why is it missing here ? Anyways excellent presentation as to how a review should be.

Very much detailed review!Thumbs up

PUNCH Powerglide and TATA Motors Limited, a relationship founded on confidence and cooperation

''Since 2012, TATA and PUNCH Powerglide teams have been working closely on the integration of the 6L50 transmission into various platforms, the Hexa SUV is the very last-born with a diesel 2.2L motor coupled with PUNCH 6-speed automatic.

PUNCH Powerglide looks forward to continuing this partnership and supporting its client TATA in its current and future developments.''
Click to expand... 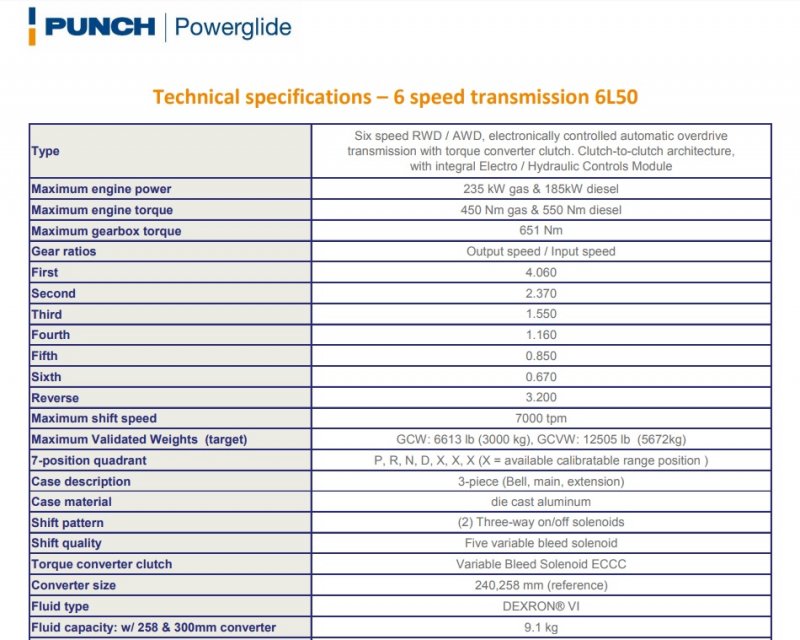 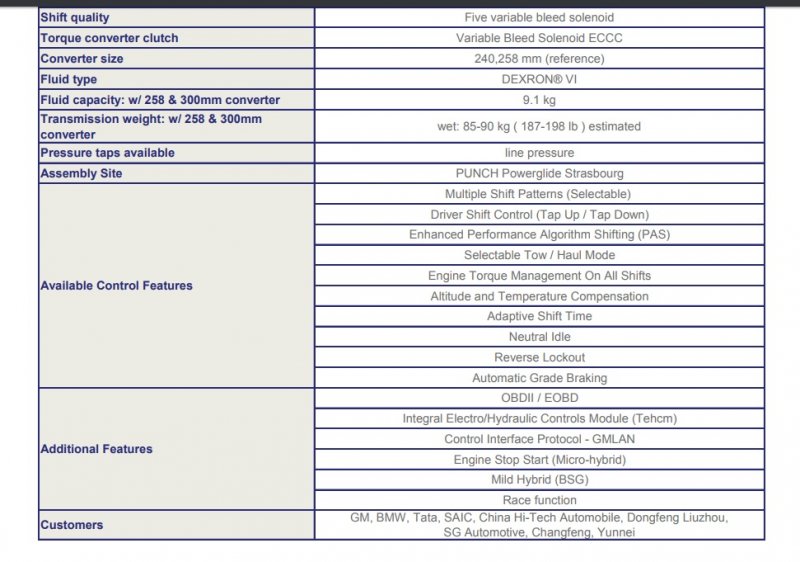 Tata sells 1245 Hexas in September. Now the figure very good compared to the likes of Safari which being cheaper is barely able to clock under500 units (481).
V

Here are the HEXA Sept sales figures/dispatches as compared to its peers.

Its seems Tata hexa will be coming in Exclusive brown shade.
Now to me it seems it could be the same Urban Bronze that we have for Storme or may be the Copper Dazzle that we have on Tigor. Either of the shades will definitely looks great on Hexa.
Personally i would want to see Hexa in Astern black and a dark shade of Green.

So here are the pics of the brown hexa 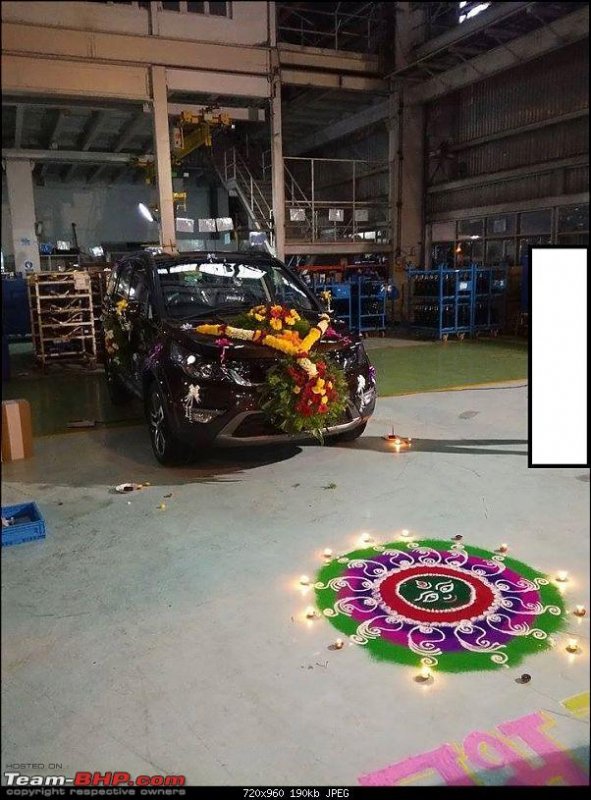 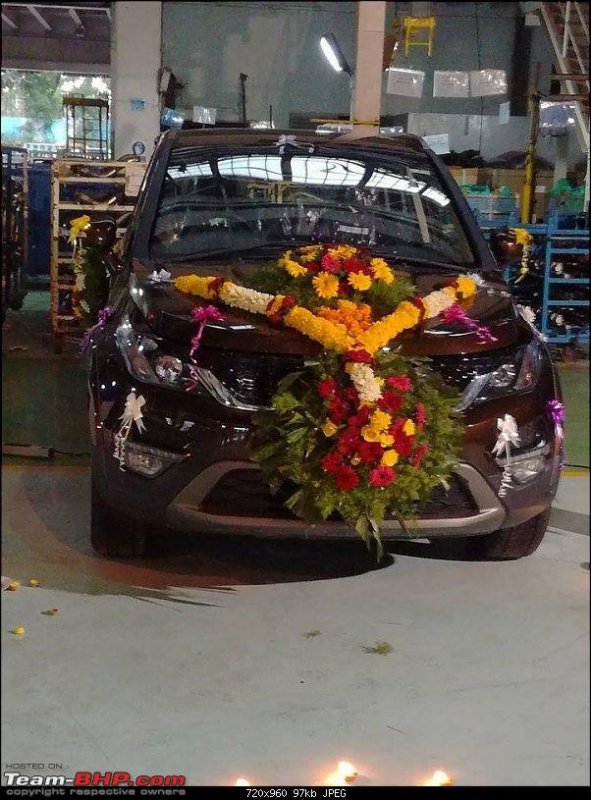 vm2011 said:
Here are the HEXA Sept sales figures/dispatches as compared to its peers.

Source: Auto Punditz
Click to expand...
Looks like again HEXA is on blackfoot in Sept month in sales numbers

. Others are getting very much better sales than HEXA. Looking at HEXA as a product it is definitely a better product from TML stable. Still it is getting sales less than 2K a month. Production issues should have been solved till now.

TML definitely needs to work on their Brand Goodwill.

vikyjoshi said:
So here are the pics of the brown hexa
View attachment 233523

Source : TBHP member RavenAvi
Click to expand...
A good looking HEXA got a new color. Hope it will be available before Diwali. I really love the front side of HEXA, it looks like a product made by International company rather than TML vehicle.

All this in a 4*2!
https://www.youtube.com/watch?v=yiDlM3dVZkY

Check out the video to see how sweet its handling is, especially the change of direction.
https://www.youtube.com/watch?v=y1sYq-USMkM

ksdr said:
Check out the video to see how sweet its handling is, especially the change of direction.
https://www.youtube.com/watch?v=y1sYq-USMkM
Click to expand...
It will be awesome to see, They are testing competition SUV's in the segment in same manner & HEXA proves it's stability among all of them. Like the below video where they tested most of the SUV's competing with each other in the segment where HEXA shows its stability and control over others. Though XUV5OO is not there in the Test vehicle's.

I remember some MOOSE Test is done outside India to show how stable the SUV is while doing sudden Turns.
Last edited: Oct 17, 2017
You must log in or register to reply here.