vijay said:
well tata might be thinking of launching te 2wdsystem on Aria - the equipment level on current vehicle and see the market's response, no question its a superb product tata ever came out with, what it lacks is finesse of brand value which toyota enjoys plus the reliability toyota offers on their products which also tata fails to deliver.
Click to expand...
well said and so it means that tata should work on some brand building excersice before doing anything else. they will keep competing with mahindras always otherwise!!

Am sorry buddy no idea , will try to confirm when my car goes for service next month.

Expect the launch of 4x2 Aria soon (in a week or two) with price lesser by approx. 1.5L than the current one.

But IMO, the price difference should be much more.

TATA is very much experimental about their vehicles.
I saw Sierra much more styled and designed launched by TATA much ahead of time and withdrawn much before end of product life cycle.
They experimented on like anything on Dicor, introduced in Indica,Indigo,Safari and withdrawn it except Safari, Xenon is yet to recognized by car enthusiastic in India.
Aria – Can I smell life cycle of the any newly launched mobile phones.
Initially priced very heavy and claiming to be one of the best and latest featured one.
Say after 6-8 months its price is less than what was there during launch just to boost the sales figures.
In my opinion if they reduce the price bracket to compare with Toyota and /or Mahindra .
There are high chances of T permit number plates to Aria
I guess which TATA doesn’t wish to happen.

Why would they change that face? It is a signature family design. Don't the other Cos. like Hyundai, BMW, Merc have same faces for the whole range?

dodge_v1per said:
@cooldhaya dude are dealers taking booking of 4x2 aria??
Click to expand...
Yes. The bookings of 4x2 Aria have now commenced at down payment of Rs.50,000. New 4x2 version will be available only on the base 'Pleasure' variant.

They experimented on like anything on Dicor, introduced in Indica,Indigo,Safari and withdrawn it except Safari
Click to expand...
they havent withdrawn the dicor engine, they have introduced in the entire range from indica, indigo renaming it the CR4.

350Z said:
Yes. The bookings of 4x2 Aria have now commenced at down payment of Rs.50,000. New 4x2 version will be available only on the base 'Pleasure' variant.

So base pleasure variant of Aria in 4X2 avatar with a reduced price tag of around 1.5Lakhs atleast will be head on with Innova.


PS: Now only this new 4X2 variant deserves to be compared to the Innova not the current one.

Solely depending upon the price will now decide whether Tata can make the Aria rule this segment or fail once again.

These are the pictures of Tata Aria 4x2 Pleasure without AWD Badge. 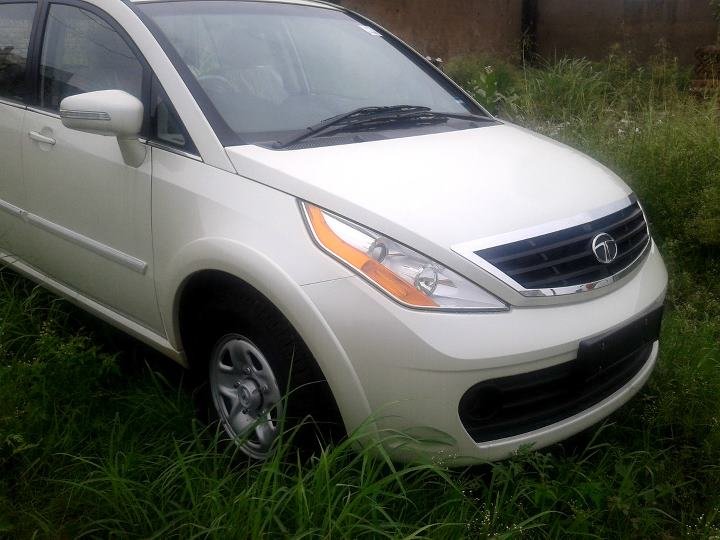 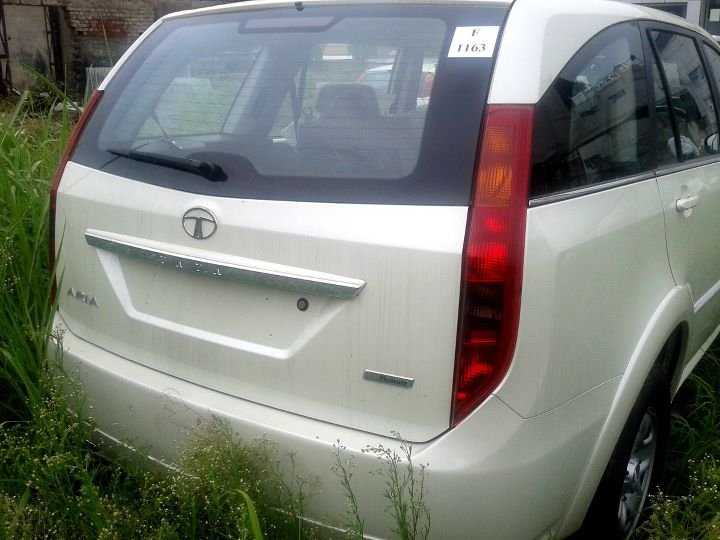 And where are the mandatory red numberplates?

This may also be the regular 4X4 model too because the badges get stuck in Aria only by the dealers before delivery atleast that was the case for me!
You must log in or register to reply here.