RSM said:
So Punto is the winner here also?

Really, this is a no brainer.It has to be the Nano. Tata has achieved what other car makers dream.

Beg to disagree.
Tata has achieved what no car seller has achieved.
We will get the real price of the vehicle only after the "protected" price is revised after one year.
Last edited: Jan 14, 2010

Aditya, from you got the information that its "Protected" price? What i remember, Ratan Tata in an interview told that they will make profit on Nano.
Yes becuase of movement from west bengal to gujrat might have incurred huge loss, but i don't remeber its being "Protected" price.

RSM said:
Aditya, from you got the information that its "Protected" price? What i remember, Ratan Tata in an interview told that they will make profit on Nano.
Yes becuase of movement from west bengal to gujrat might have incurred huge loss, but i don't remeber its being "Protected" price.
Click to expand...
Tata has gone on record saying that the prices are only guaranteed for the first 100,000 cars.
It remains to be seen what will be the price like when that is over.

Agree, the price was for first 1lakh car only, and the price will increase/decrease with market afterwards.

And look what is on the front page of the Pune Mirror Today!!

Myth: The Nano is no Rs one-lakh car

Ground reality has caught up with the Nano. It is likely to cost around Rs 1.20 lakh in India and Rs 3.65 lakh in the US, for the base model. Rising material costs in India and tough safety, emission norms in US will push up its price, but it will still be the most affordable

Over two years ago, on January 10, 2008, Tata Sons chairman Ratan Tata unveiled Pune’s most prized creation, the Tata Nano. And while the Nano, the phenomenon, has taken a life of its own, Tata’s famous line ‘A promise is a promise’ still resounds.

But a lot has changed since then and the Nano is no longer likely to remain the ‘Rs one-lakh’ car.

Nano’s avatar for US
The latest instance to back that up comes in from the US. The world’s cheapest car is being readied for sale in
the US; but by the time India’s Tata Nano is retrofitted to meet emissions and safety standards, it won’t be
that inexpensive.

Associated Press reports that the car is likely to cost USD 8,000 when the Americans manage to get their hands on it. At Friday’s exchange rate, that is a substantial Rs 3,65,447. Nowhere near the one lakh rupee price tag, one would say.

But get this: currently the car with the lowest base sticker price running on American roads, the Hyundai Accent, sells at $9,970 (Rs 4,55,438). This means even with a more than 300 per cent rise in its original price of $2,500, the Nano will still be a lot more competitive, price wise, than any other car in the US.

Rs one-lakh car no more
That’s just the American market. Indian buyers too are likely to see a substantial rise in prices — mostly because of factors that Tata Motors cannot control.

It may be recalled that Tata’s promised price protection was for the first batch of Nano buyers who were to be selected through a lucky draw. A source who had been involved with the company during the bookings told the Mirror that a total of 2,04,000 bookings were registered.

Out of these, one lakh buyers were selected through a draw. These buyers will get their chosen model of Nanos at the base price point by September 2011, the source added.

It is very likely that the next batch of Nano buyers who wish to buy the base model will get a car which costs higher than Rs 1 lakh.

Cheapest car, no matter what
Adil Jal Darukhanawala, editor-in-chief, ZigWheels, said, “The Nano will remain the cheapest car on the market come what may. Ratan Tata has kept his promise about selling the car at Rs l lakh.

In the meanwhile, since the launch of the car two years ago, a number of factors have changed. The cost of raw materials has gone up substantially, almost 2-3 times.

Then there were the losses incurred in shifting the plant from Singur in West Bengal to Sanand in Gujarat. A lot of critical time was lost too.

All these factors mean that the Nano will cost more for the next set of buyers.”

When asked how much more that would be, Darukhanawala said, “Prices are likely to increase between 10 per cent and a maximum of 20 per cent.”

Changes for the US market
As for the US market, it is important to put the USD 8,000 price into perspective. Tata Motors has already made a European version of the four-seater car that will cost about $8,000 when it debuts in 2011, and a Tata Technologies official said on condition of anonymity that the US version is expected to have a comparable price.

The official did not want to be identified because the price has not been made public as yet.

Warren Harris, Tata Technologies president, would only say that the price would be more than $2,500 roughly charged in India.

Before it can be sold in the US, the car’s two-cylinder, 623-cc engine would have to be engineered to meet stronger US pollution standards, he said. Airbags would have to be added, the roof strengthened and the front bumper lengthened to meet US requirements to limit damage in a 5-mph crash.

The Spartan interior, with flat bucket seats, three knobs, a horizontal switch and a steering wheel, would also have to be changed to comply with US safety standards that limit movement of passengers not wearing seat belts.

Nano Europa
Jones said the Nano Europa has airbags and has passed European safety tests with flying colours. The Nano, with 12-inch (30.5-centimetre) diameter tires, electric windows in the front and crank windows in the back, gets 50 mpg (21.26 kpl) on the highway and has a top speed of 65 mph (105 kph).

regarding nano there can be a BIG debate, i would say wait for another year and give it some time to prove itself. only then it can compete with well established 800..

C'mon guys! No more votes?
Punto is the clear winner.

TAI Hatchback Of The Year !

Here is my choice for Hatch of the year! 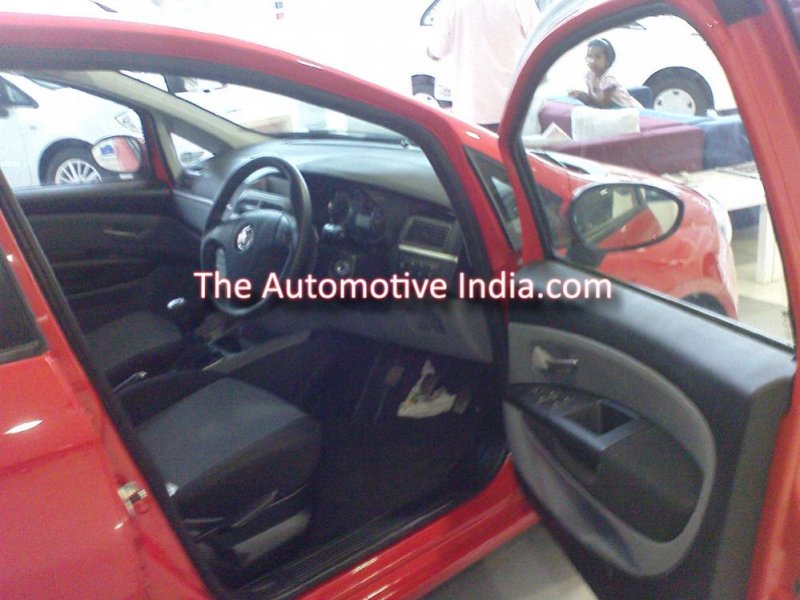 Yes, this is the head turner from FIAT which changed the history of FIAT in India!


Do you need anyting else to justify!

Though we didn't get enough of active participation in this thread but thanks to those members who at least made a vote. This poll has been now closed and any questions which car wins TAICOTY?

Must be either Punto or Nano!!

cooldhaya said:
Must be either Punto or Nano!!
Click to expand...
With max. number of Punto owners in forum, Punto wins here. This time we had a smal TAICOTY but from next year, We bet it will be more action packed. Keep firing your keyboard till then!

Well then we should have a rule in our forum stating that the owners of car winning the TAICOTY should throw a party for all the TAI members!

cooldhaya said:
Well then we should have a rule in our forum stating that the owners of car winning the TAICOTY should throw a party for all the TAI members!