In the Indian D-segment car market, the Skoda Superb is one car that has really knocked the wind of the Honda Accord as it offers acres of back seat space along with the flavor of the season, a 2 liter 140 Bhp common rail turbodiesel engine. Skoda India’s patchy after sales service aside, the Superb is quite frankly the car to buy as it offers a blend of style, performance, comfort and frugality in a superbly built all round package

@Mods : I had searched relevant treads but not able to find any.

Spy shots suggest that exterior changes will be limited to the front and rear end only. New Superb is also expected to receive similar treatment like that of MissionL. 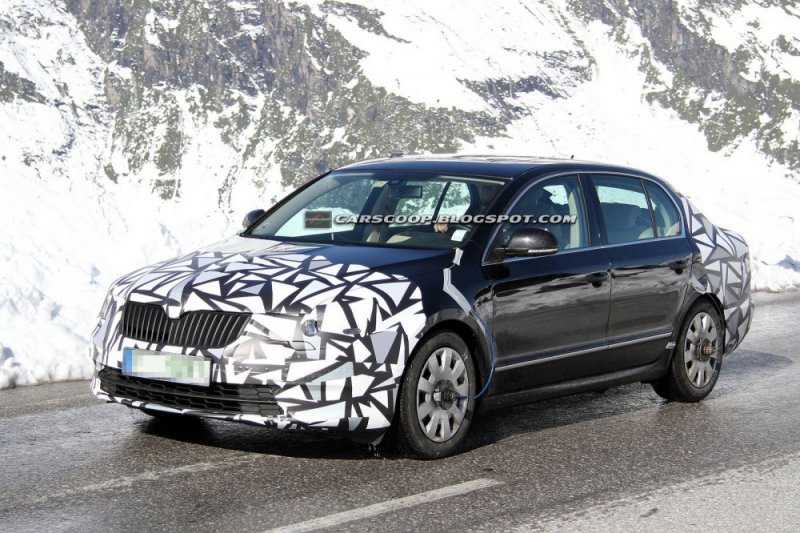 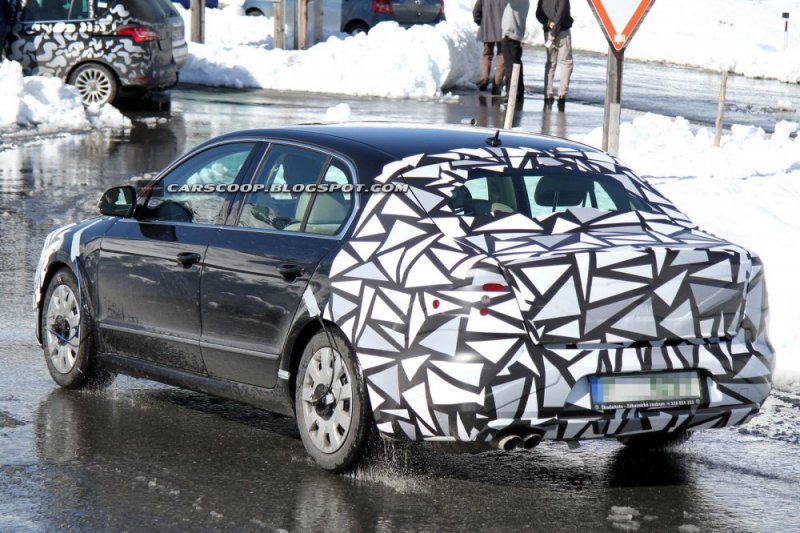 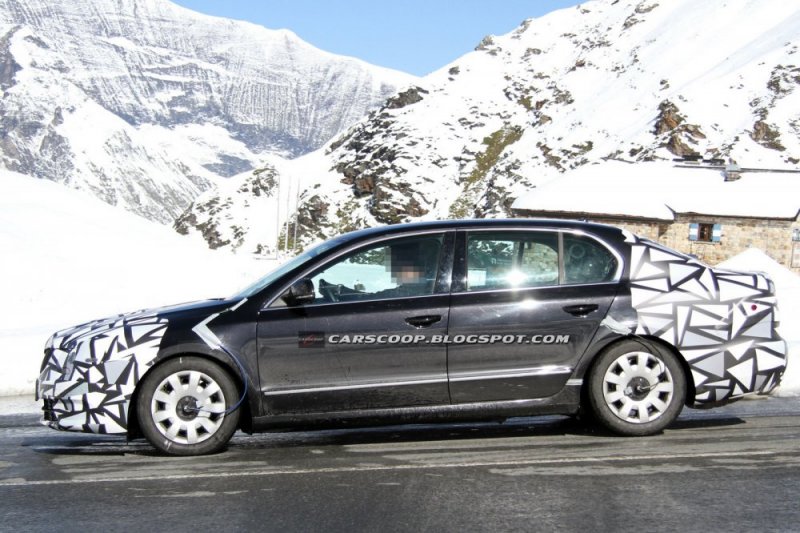 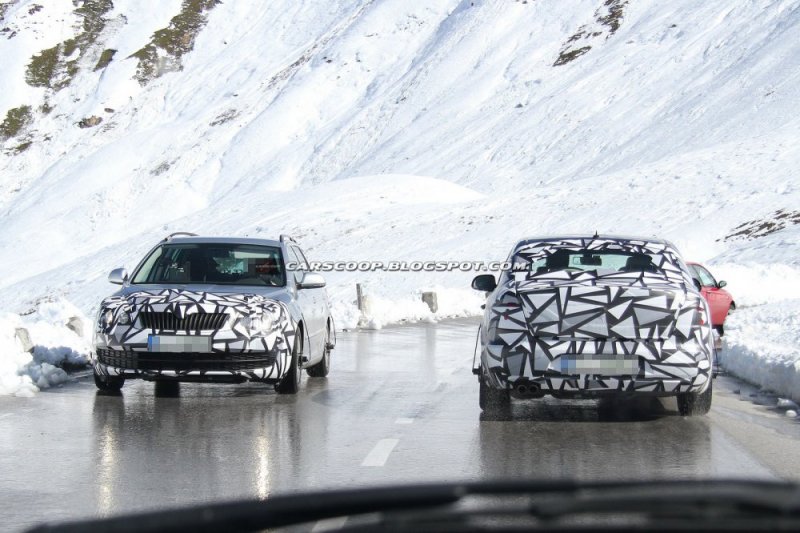 Hi, maybe it will have very less changes. front light look same because washer are on same old position.

The Skoda Superb luxury saloon is the Czech automaker’s flagship product and the car is all set to get a end of cycle facelift before a new model arrives. While the new model is said to be more luxurious and feature packed than ever before considering the fact that the next generation Laura will get bigger in size to occupy the space that the superb currently is positioned at. Coming back to the facelifted Superb, the model features new headlamps, a new front grille and a new bumper. At the rear, the tail lamps have gotten a once over to be refreshed as new items.

The number plate is now repositioned to the middle of the boot cover from its previous position of being placed on the bumper. These changes apart, the facelifted Superb looks pretty similar to the current version of this luxury saloon. The facelifted Superb is expected to debut in 2013 following which the luxury saloon could be launched in India as well, a market in which the car has been a success for Skoda in the E-segment. In the Indian car market, the Superb comes in both petrol and diesel engine options, mated to both manual as well as automatic transmission options.
Recently, Skoda India launched a cut price entry level Ambition variant to the Superb line up, in order to boost sales of this car. Apart from the exterior facelift and an extra feature or two on the interiors, the facelifted Superb is expected to retain its engine and transmission line up. The base model is expected to retain the 1.8 Liter turbo petrol engine good for 160 Bhp-250 Nm.

Looks good already. Waiting for this one.

After the various spyshots that have surfaced from time to time not to forget the images of the new bumper that the 2013 Superb saloon will use, this could perhaps be the first image of the facelifted Skoda Superb. The car will be launched globally in the middle of 2013 and is expected to eventually arrive into India as well. An end of life facelift, the 2013 Superb will do duty for a couple of more years before an all new next generation model arrives to replace it. So, the 2013 facelift of the Superb is expected to largely be a mild affair.

On the front end, the headlamps, grille and front bumper get a once over. At the rear, the tail lamps, boot lid and the bumper get refreshed. On the inside, expect better quality materials and a bunch of new features. The engine line up is expected to be largely unchanged barring the addition of a more powerful turbo diesel engine on the top of the line model for Europe. unchanged while start-stop technology could make it to the 2013 Superb as a fuel saving feature. The European Superb saloon will get a more powerful version of the 2 Liter TDI turbo diesel engine.

The 2 liter TDI motor will deliver 170 Bhp-350 Nm and will be mated to a DSG dual clutch gearbox that’ll in turn transmit power and torque to all four wheels of the car through an all wheel drive system. In India, Skoda is expected to stick to the 140 Bhp-320 Nm guise of the 2 Liter TDI engine while the petrol model could continue being powered by the 1.8 Liter TSI mill. The Superb, with its long wheelbase design is a top selling D-segment luxury car in India. The facelifted model could continue this model’s stellar run at the hustings.

In India, the Superb’s main competition comes from the Volkswagen Passat, which is the only other D-segment sedan that is sold with a turbo diesel engine. The rest of the D-Segment sedans sold in India, like the Honda Accord, the Toyota Camry, the Nissan Teana and the Hyundai Sonata all come with petrol engines. So, the Skoda Superb and the Volkswagen Passat are the preferred choices of D-segment buyers looking for a more fuel efficient car.


Skoda has commenced the production of new Superb and Combi at Kvasiny Plant. The global launch is scheduled for June end.

In connection to the production launch of the new Superb, the assembly and body shop have been modernized with new equipment and tools. The logistics process has also been optimized: The vehicle axles are now being delivered directly to the production lines through the ‘Just-in-Sequence’. The manufacturer has also designed new test rigs for the final assembly, such as the test system for vehicle geometry.
The redesigned ŠKODA Superb is now being produced at the modernized Kvasiny plant. The brand’s flagship boasts attractive new ŠKODA design elements, a fresh interior and improved technical features. The consumption and emissions of the engine range have dropped by up to 19%. The market launch for both the saloon and combi is set for the end of June.

Kvasiny is one of three ŠKODA production facilities in the Czech Republic, where about 4,500 people are employed. Alongside the Superb, the ŠKODA Roomster and ŠKODA Yeti also roll off Kvasiny’s production lines. A total of 153,700 vehicles were produced there in 2012. In the course of expanding the facility and relocating the Roomster from Vrchlabí to Kvasiny, a new logistics hall and assembly line were built for the Roomster in January this year. In addition, the axis assembly started in Kvasiny. A new hall for chassis production is planned for later this year.
Click to expand...