this bike just doesnt appeal to me

why are they producing this bike. is it any good?

@Codename, except for the cosmetic changes to the bike, there is not much change in the Engine it will be the same Engine & same capacity as in the Classic 500. I would rather reserve my judgement on this until they officially launch it. However I would say people would definitely compare this new one with that of the old gen thunderbird & classic 500 as well.

The Thunderbird 500 will be powered by Royal Enfield’s button-started, 500cc UCE engine making close to 27bhp, with distinctive ‘black’ styling.

The new T’bird also gets a rear disc brake and rectangle section swingarm, with twin shock absorbers deployed at rear. Expect the Thunderbird 500 to debut across India around September 2012.

One of my friend had the old Thunderbird. Even though it looked great from the front, felt squeezed from both ends in the side view.

Pictures from the launch event :

One more update about this bike

Royal Enfield is planning to launch the new Thunderbird 500 soon. The Thunder Bird is a cruise bike that has always been appreciated for its brilliant ride comfort and suitability for long rides. The impressive new Thunderbird 500 which was unveiled at the 2012 Delhi Auto Expo. 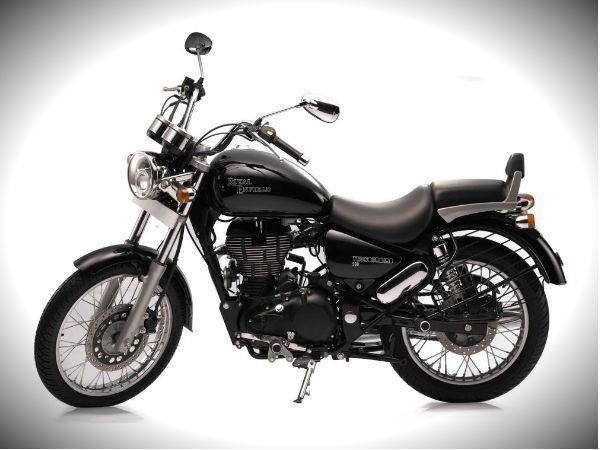 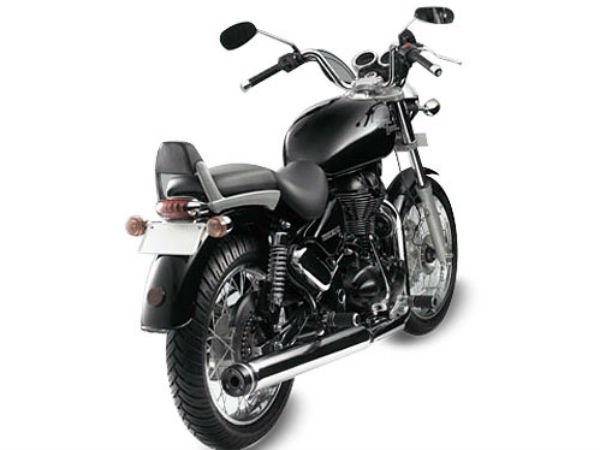 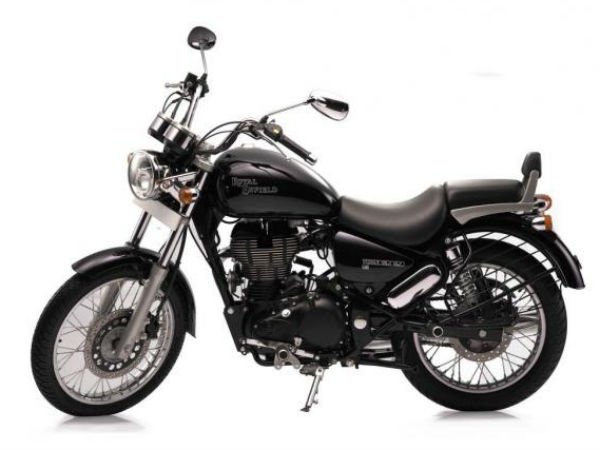 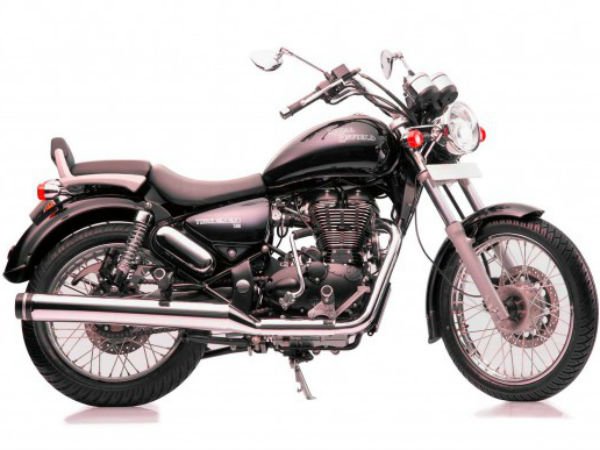 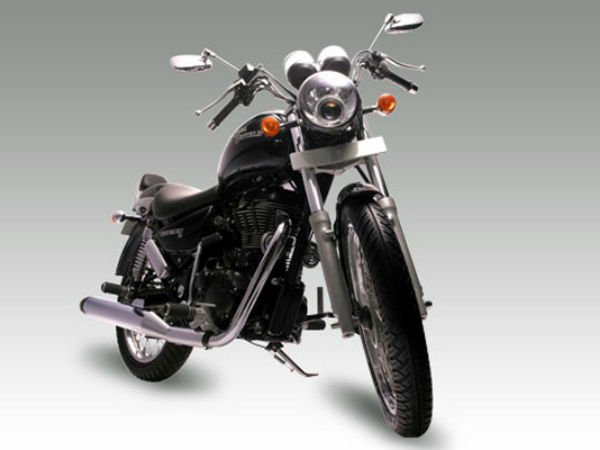 While the front seat can be opened through a lock at the side panel, the rear seats can be removed to accomodate additional luggage. The Thunderbird 500 also sports a new handle bar which is easy for handling.

All the tech specs are put up on their website itself (Royal Enfield Thunderbird 500).

Pretty miffed with RE now. I had booked and RE Thunderbird way back in June '12 and expected delivery was given 4-6 months. i.e. between Oct and Dec.

Yesterday at the RE Brand Store Bangalore, I see the bike in flesh and must say it is a head turner. Sales rep as expected knew nothing much about the bike.

I asked the sales rep if I were to continue with my option of the old Thunderbird, how long it would take to deliver. He looks at me blankly and says, waiting period for the new Thunderbird is 3 months.

It took a good 5 mins to explain my question and then he runs to over another guy, 'senior sales rep' and asks me to talk to him. He takes the booking challan and goes through it a number of times like its some Stamp paper and it has a lot of clauses and fine print then looks at me and says that I have to change my order to the new avatar as RE has stopped production of the old Thunderbird.

To put things in short, the sales reps are clueless to most of the happenings in the store. All they do is just blurt out stuff that they are trained to say. Also, present there was an irate customer shouting at these guys because they had not given him the bike documents after 3-4 days of delivery. Even the insurance document was not given. He had asked for the insurance agency's helpline number and even that these guys were not able to provide.

They are even hesitant to give it in writing when they would approximately deliver the bike. Had to ask them to call the store manager (apparently on leave) to take it writing because these guys do not have the authority to give anything in writing.

Overall experience has been very disheartening till now. I am seriously considering some other bike in the market or probably should start looking for a pre-owned machine.

Last but not the least, OTR Bangalore for Thunderbird 350 is 1.46 lakhs.

So will you be converting your bike to the newer 350?

Yes Visran. According to them I don't have another choice.

nikhilanand7 said:
Yes Visran. According to them I don't have another choice.
Click to expand...
Congrats on your boookings
but consider this as blessing in dusguise as new TB 350 is very refined product. Although you'll pay a bit more on new TB but you'll never regret that extra amount for the refinement and features on bike.

All the best and do keep us updated on this issue.

The iconic motorcycle brand, Royal Enfield is currently looking to expand its overseas market penetration to various countries. This announcement comes just after its launch of the Thunderbird 500cc and the upgraded Thunderbird 350cc clearly stating that the company is planning an aggressive overseas branding strategy with these 2 new products. Royal Enfield Chief Executive Officer Venki Padmanabhan told reporters that the company is indeed looking at the overseas areas for new potential markets in efforts to please their customers.

Mr. Padmanabhan was present during the launch of the Thunderbird 500 and the 350. During the unveil, he had announced that the company exports its products to over 40 developing and developed countries like the United Kingdom, Germany, France and Australia apart from the United States. As a matter of fact, Royal Enfield is one of the most preferred brands in California, which he added is one the states to have the most stringent emission norms. All the exports are manufactured at its 10acre manufacturing plant in Thiruvottiyur near Chennai.

Royal Enfield is also into production expansion operations back in India, its products have been in high demand which makes some of its bikes command a waiting period of nearly 6 to 8 months. Currently the Thiruvottiyur facility rolls out close to 10,000 units per month. The company went into a MoU with the Tamil Nadu Government to set up a new plant over 50 acres in SIPCOT Industrial Park at Oragadam near Chennai. The total investment is close to 150 crores and is expected to go into operation by the next financial year with an annual turnover capacity of about 1.5 lakhs motorcycles. 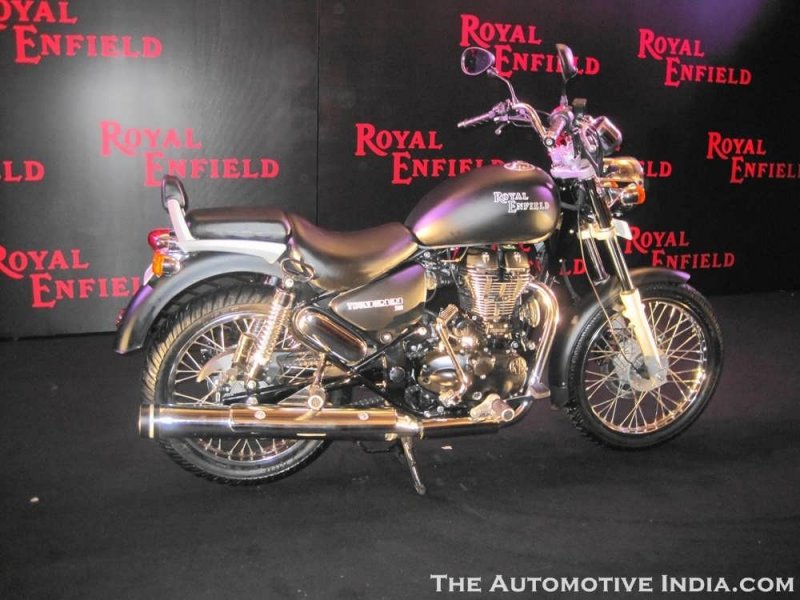 ​
Ground pounding sounder - Renowned Bullet maker, Royal Enfield has now launched the all new Thunderbird 500 in India. The current Thunderbird 350 model has been revamped as well. Royal Enfield Thunderbird is labelled as a true highway cruiser with a generous fuel tank capacity of 20 Liters. A few quick highlights:

> Hazard Lights (First time on a Bike in India)

> Sweet Angel Eye and Projector (No Xenon though)

Well known fact is the waiting period of this highway cruiser for which the CEO of Royal Enfield, Dr.Venki Padmanabhan said that a new plant is under construction in Oragadam, Chennai. Its construction is expected to complete by Q1 2013. Apart from that, he also claims that one full tank of fuel can last up to 500 Kms in Thunderbird. Thus, the label of 'Highway Cruiser' (Will come to know as soon as it hits the road). 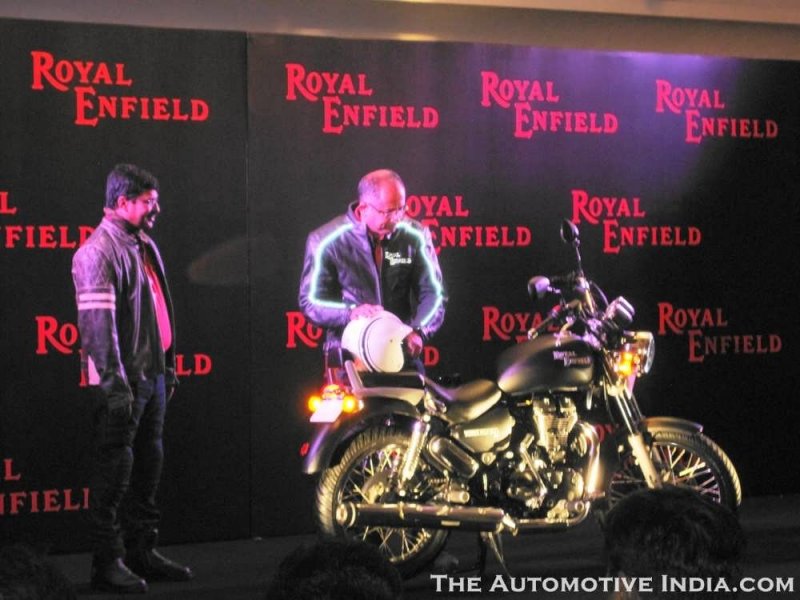 ​
Mr.Shaji Koshy Sr. Vice president Sales & Marketing said that Royal Enfield is performing exceptionally well in all the regions. “To keep up with the demand, we have expanded our dealerships more than 50%” he added.

Thunderbird 500CC engine holds 9 more horses, that is total of 27.2 BHP. It also features electronic fuel injection with torque of 41.3 Nm @ 4000 RPM. No changes are done in 350CC version with fuel injection remains the same TCI. The suspension of Thunderbird 500 remains same as the 350 with front telescopic 41mm forks and rear twin gas charged shock absorbers.

Thunderbird comes in 3 colors but obviously with black tinge.

3. Stone Black. Matte finish and the one more will like I believe. (Comes only with 500CC)

Royal Enfield has also initiated a new segment wherein they have introduced some accessories like riding jackets, sunglasses, riding jeans (abrasion resistant toughmax Denim), boots and leather gloves. The range will be expanded further Dr. Venki Padmanabhan said. Thunderbird 500 is available at Rs 1,78,307 /- (On road Chennai) and the Thunderbird 350 is available at Rs 1,40,394 /-


Time for some pics. I’ll start with my favourite Angel eyes. White one suits the black well. However Neon ones would have looked better in Twilight. 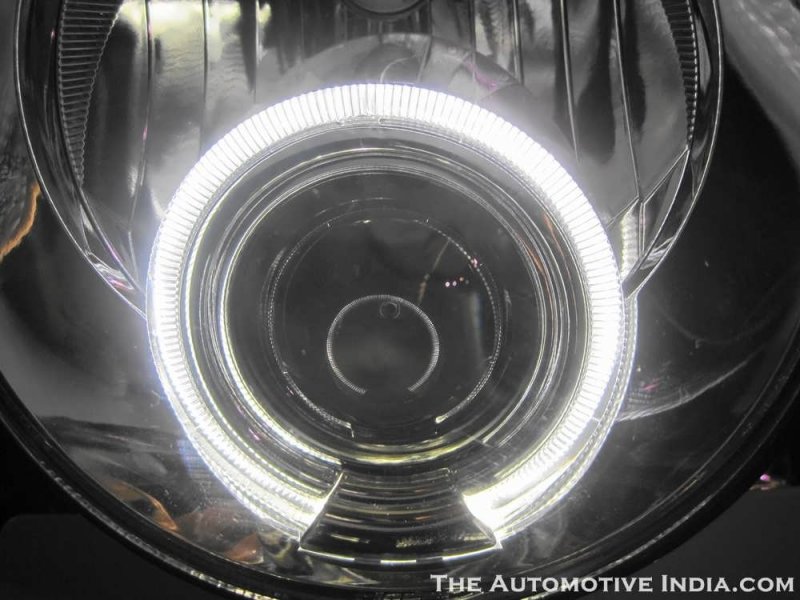 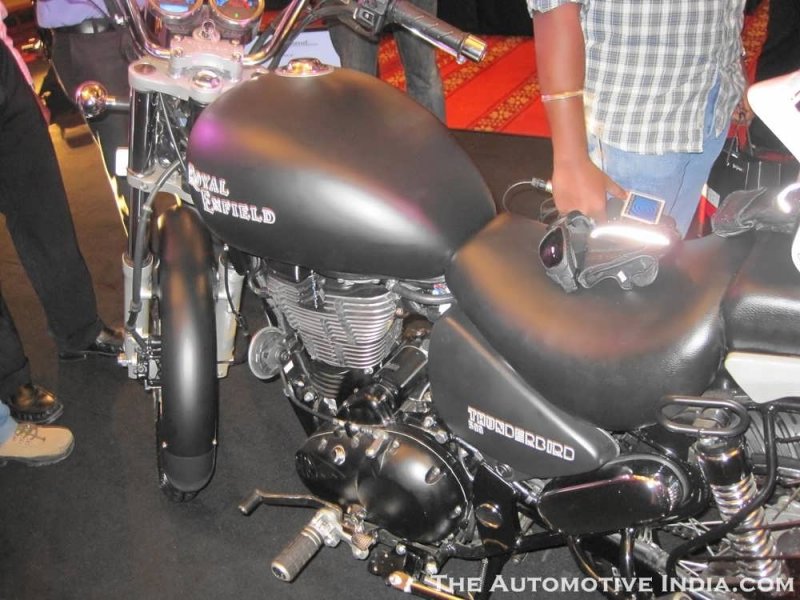 Yet another look at affordable Royal Enfield Thunderbird 350. 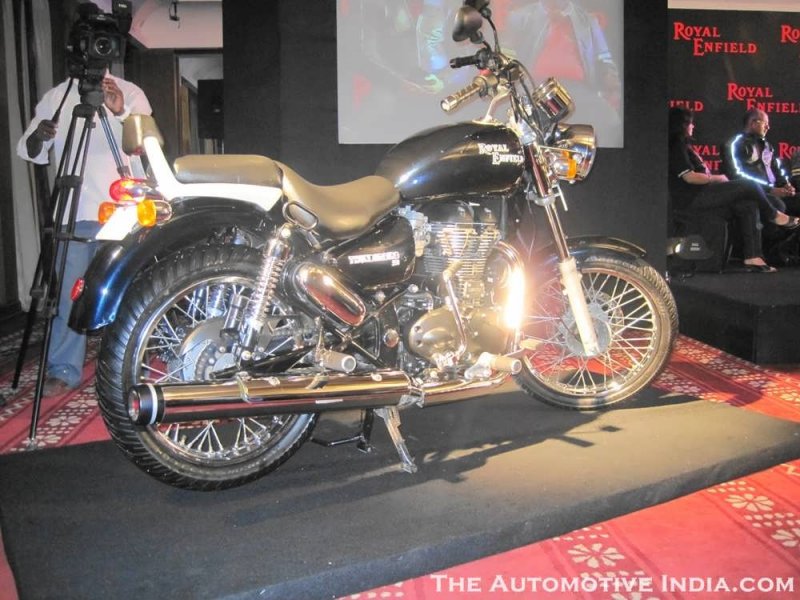 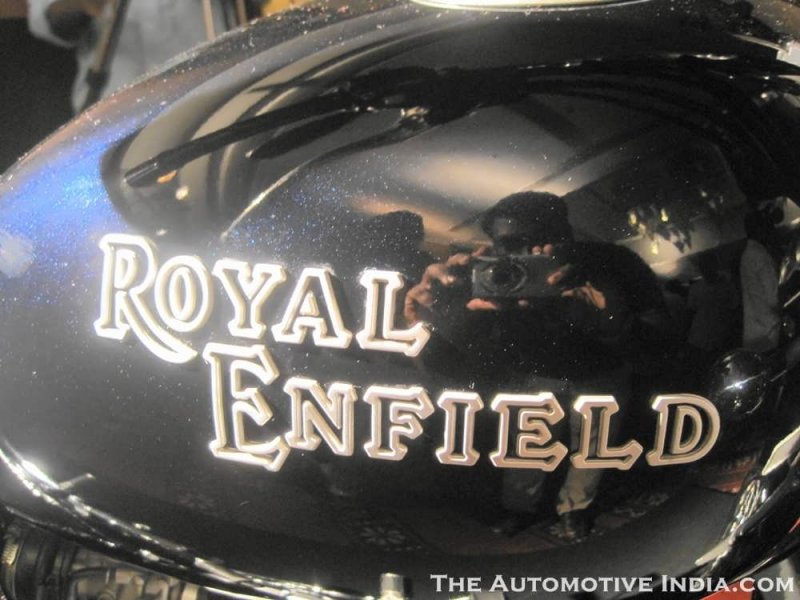 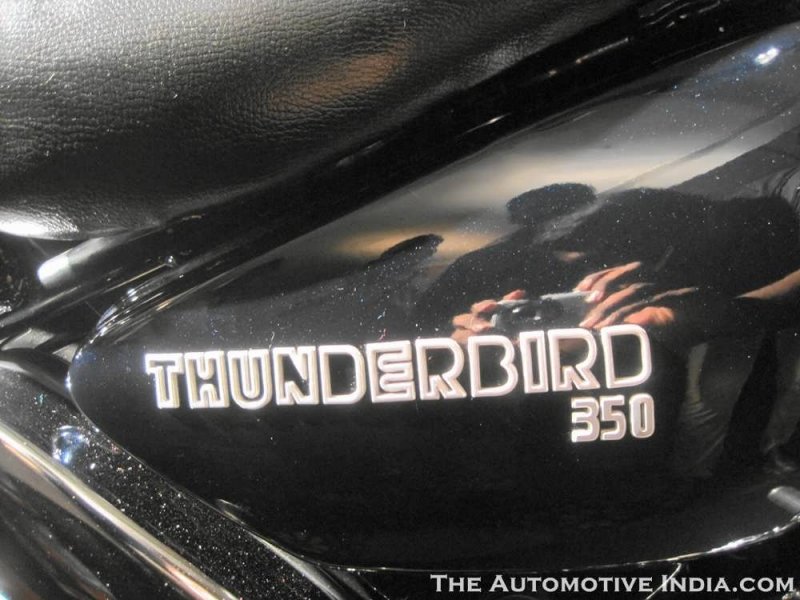 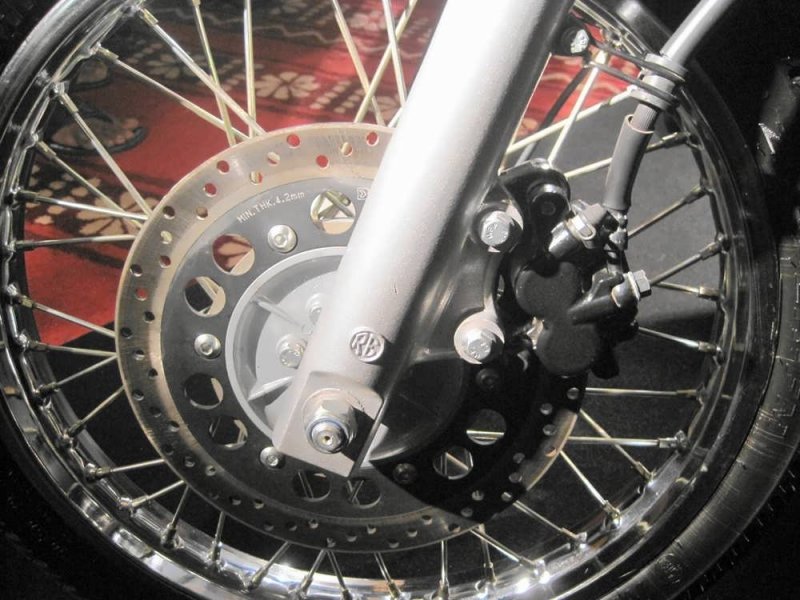 The Fuel lid is placed slightly towards right of the tank. RE claims that when bikes are inclined while refuelling (using side stand), it will hold atleast 500 ML more. 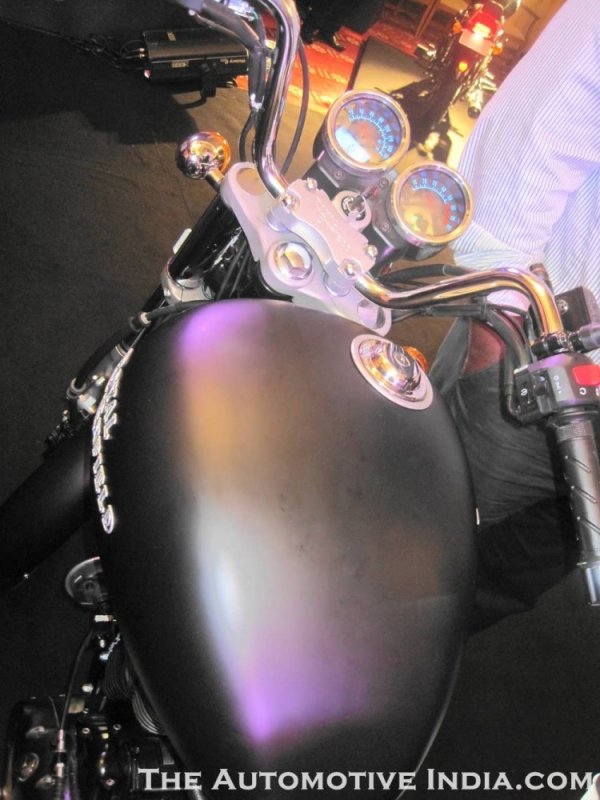 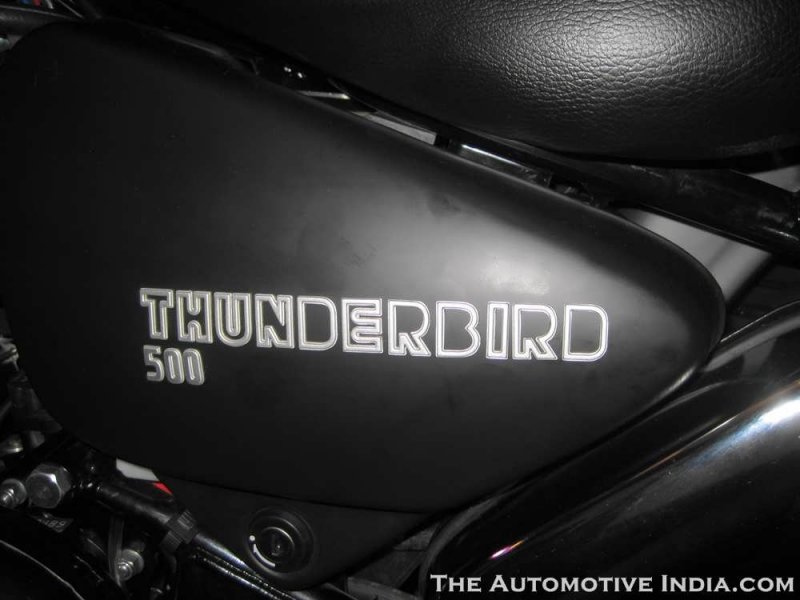 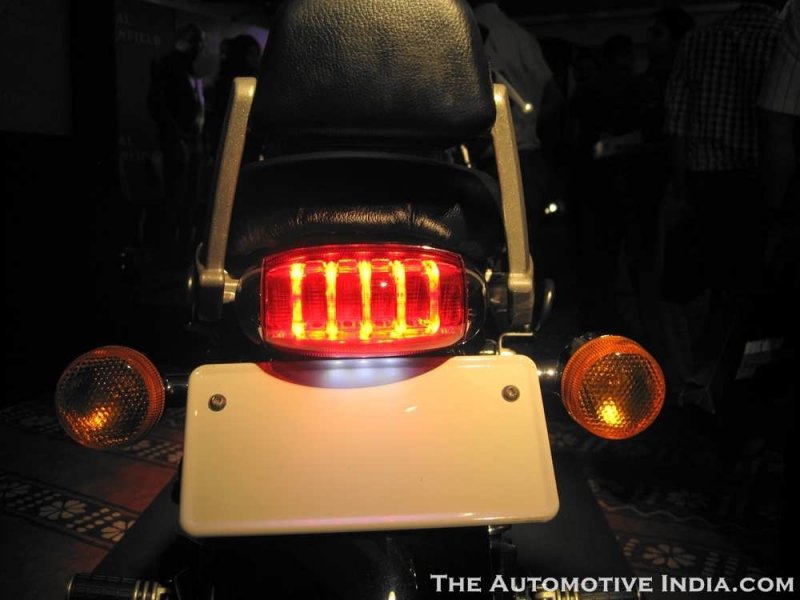 A couple of accessories they have come up with. The sun glass looks very cheap. No details about the pricing. 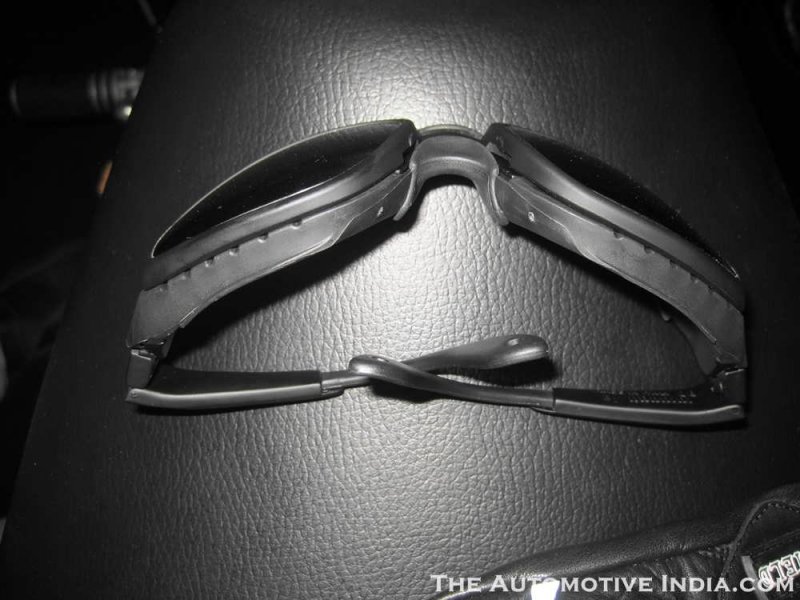 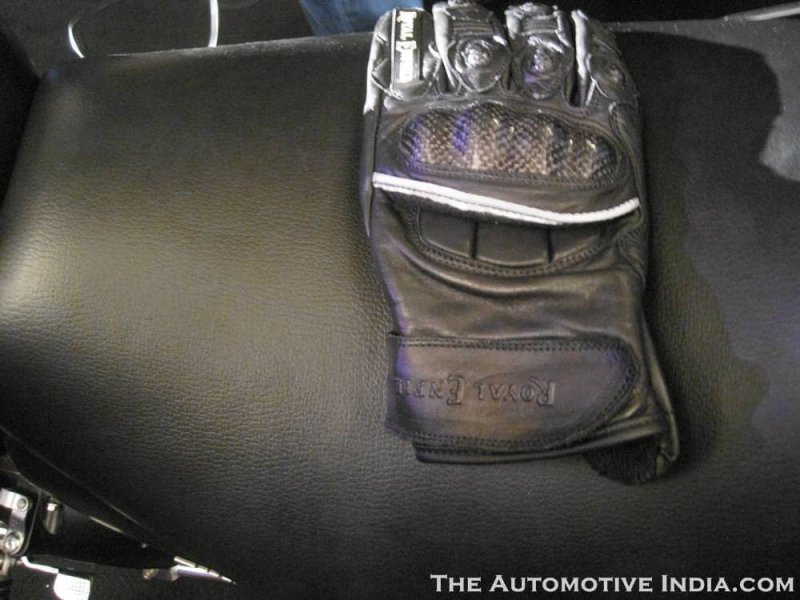 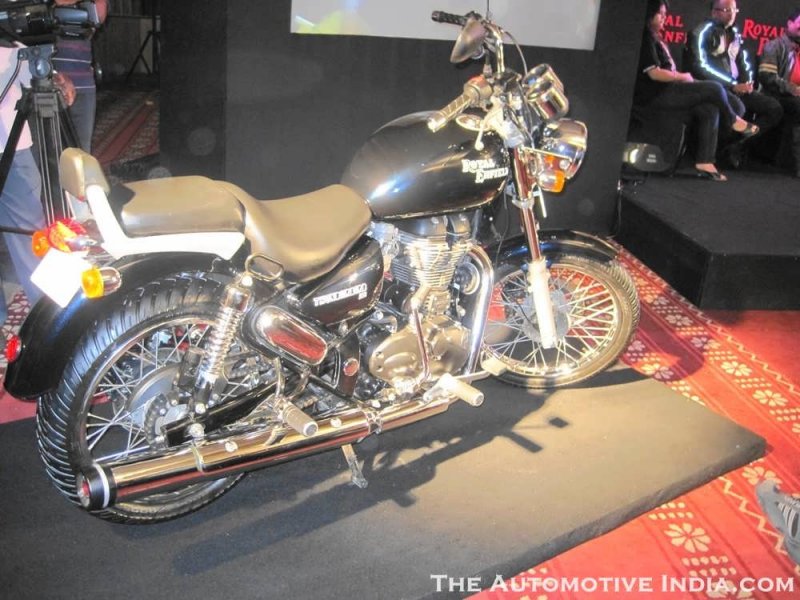 Instrument cluster looks really cool. But the buttons are too weak and rubberish. I had to press twice or thrice to toggle mode in MID. 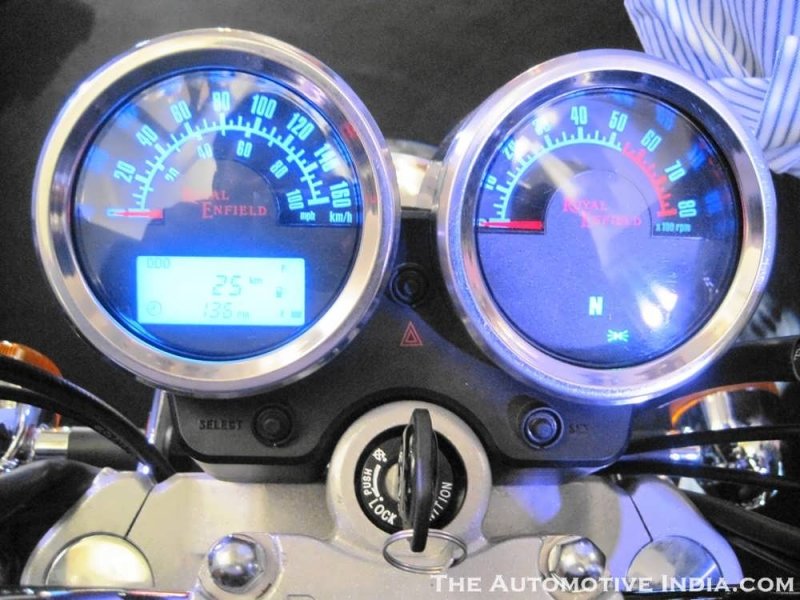 There are three modes. 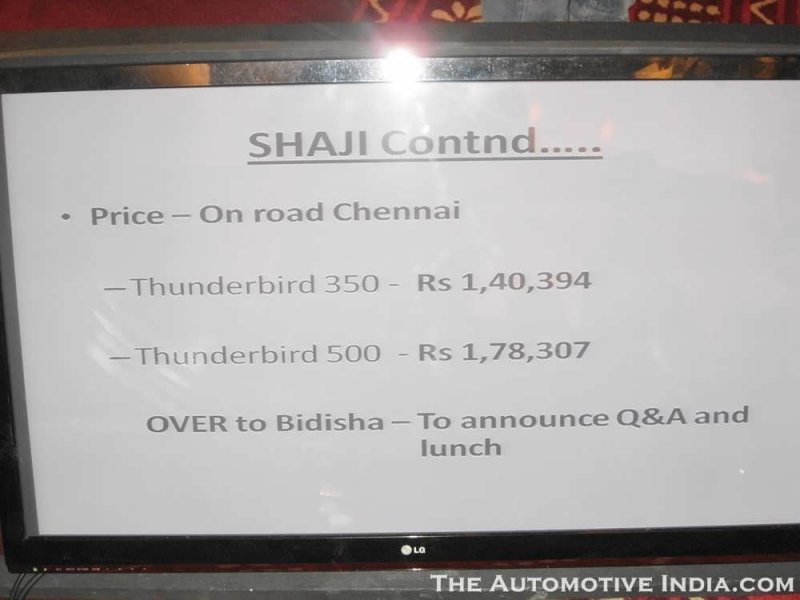 RE should increase monthly output to meet the demand on customer. When I was upgrading to ZMR from Pulsar150 last year, I was well determined to go for Classic 350 or Thunderbird but the waiting for 8-12 months.

This bike sorry this bullet looks stunner and it must be one of the most comfy cruiser.
You must log in or register to reply here.