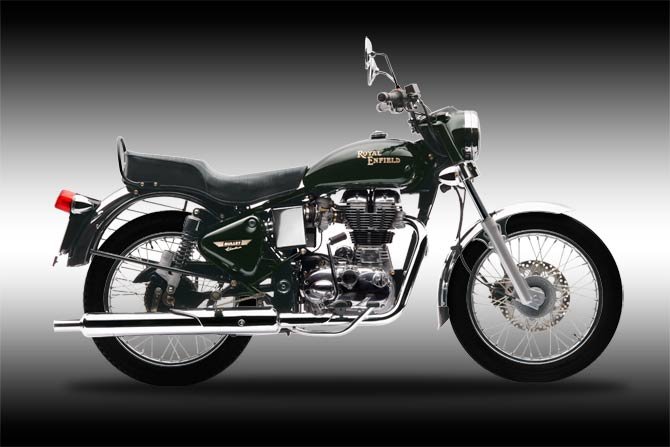 Royal Enfield has launched the Electra Twinspark with a 346cc single cylinder, 4-stroke, OHV, air cooled, Twinspark Unit Construction Engine (UCE) as the company upgrades its bikes to Bharat Stage IV emission norms which go into effect on the 1st of next month. The Electra Twinspark uses a BS29 / UCAL carburetor and boasts of 19.8 bhp of peak power at 5250 rpm and a peak torque of 28 Nm at 4000 rpm. Weighing in at 180 kgs, the Electra Twinspark is capable of hitting a top speed of 120 kmph.

The muscle men are now getting greener!! This is good news and was expected!

But top speed only 120kmph?? I guess even some other lesser cc bikes like Rtr 180 and Karizma can go more than this!!
S

good news. BTW what will be the FE?

This is really a good news. Do you have any details on pricing?

cooldhaya said:
But top speed only 120kmph?? I guess even some other lesser cc bikes like Rtr 180 and Karizma can go more than this!!
Click to expand...
Considering the fact that RE are not for speeding, its a good figure, right?

sriharsha said:
good news. BTW what will be the FE?

Yep. RE's are not meant for speeding. Should enjoy the thump.

Cant say anything yet on FE..
You must log in or register to reply here.