IMO, it looks quite bad. Original one was good but this is just bad. It always happens that when a carmaker tries to make a good car better, they screw up!

I am totally speachless!

The interiors have changed like the color of the dash and also the enchanged VVT Kappa engine that delivers 2 ps more. But we would need to wait till 27th Sept for further updates.
A

type-r said:
IMO, it looks quite bad. Original one was good but this is just bad. It always happens that when a carmaker tries to make a good car better, they screw up!

Click to expand...
IMO, it looks quite good. Original one was bad but this is just good. It always happens that when a carmaker tries to make a good car better, they dont always screw up!

OMG!!! What's gotten into Hyundai??
Its good that I bought the pre-facelift i10. Mine looks way better than this piece of sh*t.
A

*Arkin_Young* said:
\ Mine looks way better than this piece of sh*t.
Click to expand...
It isnt that bad.
M

Yea Arkin, the facelift looks good. The improvements includes all new dash color which is a boon. We would need to wait for it to hit the roads before we can comment on the looks.

It looks ok to me, not that bad. But honestly i didnt expect such a minor change! i10 has been in the market for quite a long time. Anyways good for those who bought i10 recently. Arkin congrats for buying i10. Looks better than this soon to come facelifted model.

I too prefer the current model than this new one. With its split grille it slightly looks like Beat from the front , but not to my taste!
M

I got mine 3 months back. I really missed this facelifted model. Listern there is a all new engine launch which is VTVT with close to 82PS.

Well leave about the specs buddy , everybody here are disappointed only with the looks! And i also can see the tail lamps also have been changed to circular type , not sure though seeing from the picture!

Seems to be merely a make-up job by Hyundai, such practice is generally followed when car maker desperately wants to push the sales of a fading model, or something all new is on cards, but is either of the case most applicable with i10? Don’t think so for a reason that this car is yet enjoying masses of sales in India.

A while back when Maruti Suzuki refurbished Zen Estilo with new face is because the too-much girlish front looks made some potential buyers pull away from that specific old model, Although, while with the new i10, I feel Hyundai is trying to embed it along with their new line-up of models, like Avante in terms of looks, Just related to the ongoing trend which is being followed by many other auto-manufacturers too.

My grandpa and father just saw the pics of the 'new' i10 and are aghast. They are happy we've gone in for the current i10.
M

I would say that the new i10 would be a serious seller.

A couple of more photos by Overdrive, which I missed to add in previous post. 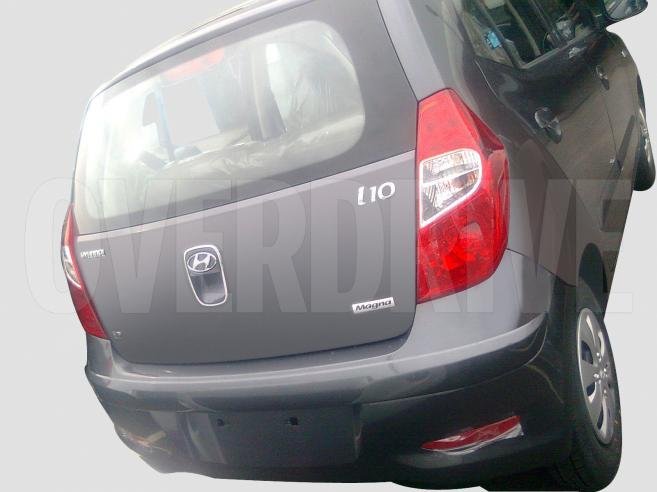 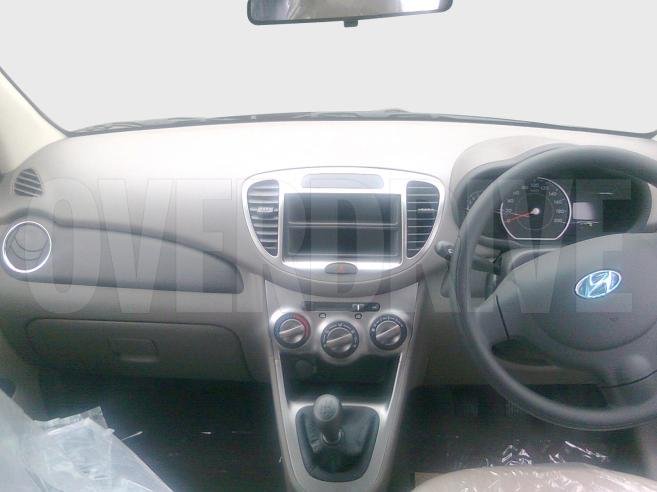