Renault All Set To Launch Lodgy MPV in India

The big question surrounding Renault's MPV plans for India are finally out. Renault will bring the Dacia Lodgy to India, most likely to be badged a Renault. The Lodgy, based on the Logan platform is a seven-seat MPV and will be the second vehicle based on the Logan to come to India. Mahindra, Renault's erstwhile partner in India manufactures the first-gen Logan, badged the Verito. This development has been confirmed by senior Renault officials on the sidelines of the ongoing Paris Motor Show.

For India, Renault will adopt its own brand logo instead of the Dacia, according to sources. Like the Pulse and the Scala sedan, the front-end, grille, headlamps and tail lamps will be worked upon to make it look like a Renault branded vehicle. The design work is likely to be done by Renault's design centre in Andheri, Mumbai which also did the work on the Pulse and Scala.

Engine options for the Lodgy will be the 1.5-litre dCi and will most likely be offered in the 90 bhp guise, though a 110 bhp version could also be offered for a more premium trim level. The Lodgy also comes with a 1.6-litre petrol engine that belongs to the same family as the erstwhile Logan, producing 84 bhp. Both engines come with 5-speed manual transmissions, with the 110 bhp diesel available with a 6-speed manual, ala the Duster.

At 4.5 metres in length, the Lodgy is longer than the Ertiga at 4.26 metres and just a bit shorter than the 4.52 metre long Mahindra Xylo. Designed to seat seven with three front facing rows, the Lodgy has two-tone interiors and a whole bunch of bits that are borrowed from the Logan and Duster. Space should be good and the overall quality of materials should be more in line with that of the Duster – well-built and decently finished.

With the vehicle making its debut at the 2014 Auto Expo, expect the Lodgy to be priced somewhere in the bracket of Rs 7 to 9 lakh. Whether Renault will also hold on to the Lodgy badge remains to be seen.

this one can kill the ertiga and will surely kill the xylo.

I don't believe all this stuff at least until it's caught testing.
The car may come,but for India debut,a lot can be changed.

TSIVipul said:
I don't believe all this stuff at least until it's caught testing.
The car may come,but for India debut,a lot can be changed.
Click to expand...
Agree with you here, Renault is trying to portray themselves as a premium car maker in our market and that to by re badging Nissan Vehicles which i feel is a wrong move on their part apart from Duster none of their other vehicles has any brand value or a product recall, even though if Lodgy comes to our market i am really sceptical about the pricing strategy which Renault will employ.

If priced between 7 to 9 lacs, only then its worthy to be in the competition. Being omnipresent with respect to after sales is not their forte anyways.

French carmaker Renault has started work on a multi-utility vehicle that is likely to be launched in India in the first quarter of 2015 as the company looks to cash in on the growing segment in the domestic automotive market.

The company is looking to sell about 35,000 units a year of the MPV Lodgy, codenamed J92, which will take on Toyota's Innova and Mahindra & Mahindra's Xylo, two people familiar with the matter told ET.

Renault, which launched five products in 15 months and tasted success with its sports utility vehicle Duster, has also set its sights on its entry-level car to boost its volumes in the country. The company has mandated vendors to work towards 140,000 units a year for the small car, A Entry, which is also expected by 2014-end or early 2015, one of the persons said.

Declining to share specific details on models or targets, Renault India managing director Marc Nassif said, "We will take the direction of where the market is going, right now the market is moving to SUV and you look at our performance. MPV will see a huge trend and Renault will have to find a solution to go wisely and also find out what is best in our DNA to go into small cars." Industry experts expect the Lodgy to be priced between Rs 7 lakh and Rs 11 lakh since it will share the platform and a number of parts with the Duster.

"UVs (utility vehicles) are the toast of the town. It is the only segment in the overall Indian passenger vehicle space which is growing. With as many as 8-10 major utility vehicles hitting the market over the next few years, Lodgy is an ideal fit for India," said a leading consultant, who did not wish to be named. Lodgy will, however, face stiff competition from the new launches from Honda, Fiat and Ford stables at about the same time.

Nassif pointed to the upcoming competition, saying, "Many launches (in the UV segment) are going to happen this year, so we cannot fall asleep. On our part, we are gathering speed on Duster... we would like to maintain the momentum. More products are coming, new evolutions on products are happening, you will see that later in the year."

Renault is targeting an overall market share of 5% from the 2.5-3% in the medium term, even as the Duster has helped it garner a share of 6% of the utility vehicles segment within six months of its launch. Renault India's sales in 2012 jumped 25-fold to a little over 35,000 units, with almost 75% coming from Duster. "We are aspiring to more than double our numbers in 2013. While we harness the potential of Duster this year, we would also like to improve our market share in other segments we are operating in," said Sumit Sawhney, Renault India'a executive director-marketing.

Deepesh Rathore, managing director at research firm IHS Automotive, said Renault India's success was driven by just the Duster and that it needed to shed its premium image to do well across segments.

"Considering that A Entry small car as well Lodgy MPV will be catering to more value conscious buyers, Renault should come down the perch of premium tag and convince the prospective buyers that they can deliver a better car than the market leader at a comparable price. The other critical aspect will be to make sure there is adequate dealership penetration and the spares are readily available at affordable price," Rathore said.

Renalut's future plans in India are the Lodgy and an entry-level hatchback.
The small hatchback will rival the likes of Maruti Suzuki Celerio and Hyundai Eon and Lodgy with Ertiga!

Renault India is planning to launch the Lodgy MPV in the Indian Market. It is expected to enter the market by 2015.

Lodgy and an entry-level hatchback on Renault's to-do list | CarSizzler.com

Will be a success if and only if Renault improves it's quality and adds value for money factor.
But, given the poor quality and value of the Duster, I don't think so.
V

Renault seem to be testing the Lodgy in India. Lodgy will compete with Honda's Mobilio. This would be renault's next biggest launch after Duster.

Reports suggest that the Lodgy will enter production at Renault-Nissan Alliance’s Oragadam plant early next year. 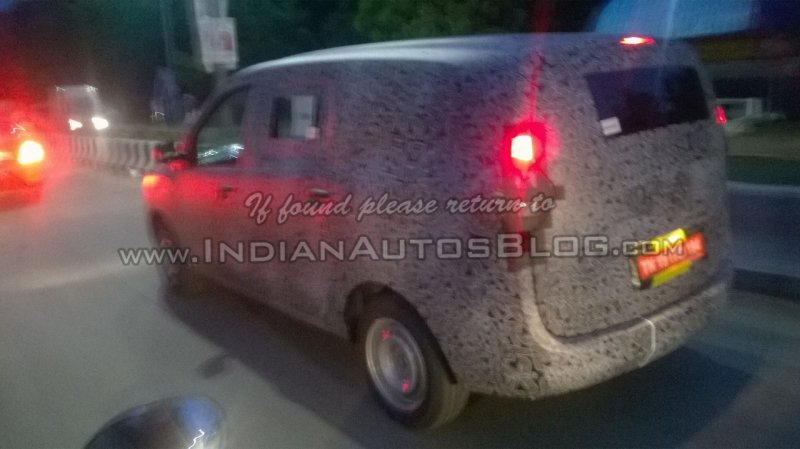 Duster sells because of it's compact size and presence, not to forget the high ground clearance. While the quality of plastics, design, fit & finish, premiumness is missing. If i am in market for car of around 12-14 lakhs, i would buy a sedan or wait for a premium SUV from Premium brands (Honda,Toyota,VW etc).
Regarding Lodgy, it will come with 1.5L diesel and it will click only if priced well. Renault might modify the grille slightly, change the interior color etc.

First impression, a boxy MPV typical East European design. They sold Logan during 2008-2010 due to no competition, but I am doubtful about its success.

But from pics it looks 3rd row space is good and boot space too.

If Renault can get the pricing right and increase their network i guess Lodgy may bring in more revenue for them.