PushChair is the World's Fastest Baby Carriage, Can Hit 50MPH​
He spent four weeks and £450 designing and making the pushchair, which has a 125cc motorbike engine hidden between the wheels. Colin, who has a one-month-old son Jake, stands on a platform and uses buttons on the handle to start and stop the engine.

There is even space for shopping and a handy drinks holder on the side of the pushchair. 'It is rather scary to drive but I've had lots of envious looks from mums and dads, especially when they are pushing their babies up hills,' said Colin. 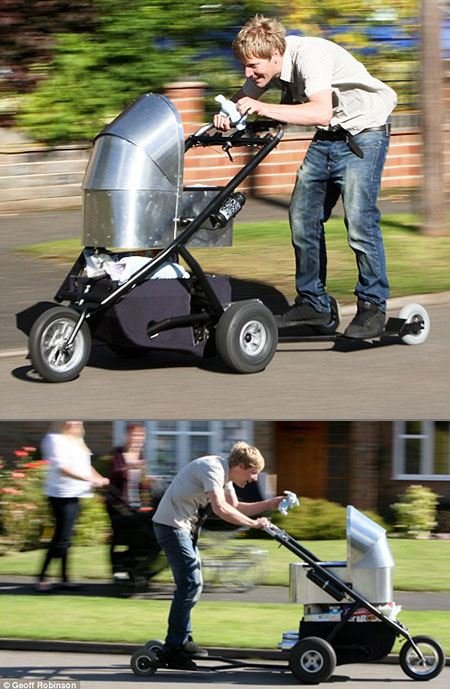