Malaysia's Proton in talks with M&M again to enter India

Malaysian car-maker Proton, which has been looking to enter the Indian auto market for the last many years, is understood to have started talks again with Mahindra & Mahindra for a partnership.
Earlier, Proton was linked with contract manufacturer Argentum Motors, which acquired the manufacturing unit of the defunct Daewoo Motors India at Surajpur, for a possible tie-up.

After futile attempts to enter the Indian car market, the Malaysian carmaker, Proton may use the Nissan platform to have a go at the Indian compact car segment. It is understood that Nissan may license its global compact ‘V' (for Versatile) platform to Proton which is in the hunt for a credible small car to gain a foothold in key markets such as India.

Built for emerging markets, the V-platform is the basis of the Micra manufactured in India and Thailand. By licensing the same platform to Proton, the Malaysian carmaker has a solid base to help develop its own range of compact hatchbacks and notchbacks which would be well-suited to meet Indian requirements. The real advantage of this platform is it can reduce the car's weight and cut the number of parts needed by around 18 per cent. It can also be adapted to different markets and regulations, the head of Nissan's V-platform, Vincent Cobee, said. Costs can be further cut with Proton sharing the platform as the supplier base is likely to be common. At the Geneva Show 2010, Proton and Italdesign-Giugiaro unveiled its ‘emas' or eco-mobility advanced solutions concept. The company is now in talks for technology and platforms and to source engines to make a production version. Proton is targeting south-east Asia and India where a small compact less than four metres long will benefit from excise duty concession. While ‘emas' measured 3550mm, a rear-redesign can help Proton strike gold (which is what emas means in Malay) in India. Source:Hindu

Protons forray into India has been in News since last 2 years.

Hope it works this time.
T

Have never heard about theses cars but have beautiful shape and very comfortable. what is the specification of these cars. let me know i am interested to buy this car.
V

Proton may bring the Iriz hatch to India

Autocar professional reports of the Malaysian manufacturer Proton is conducting a feasibility study to understand the Indian market and zero in on the right product for it. 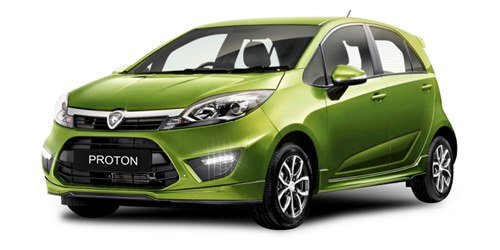 Malaysian carmaker Proton Holdings Berhad, whose plan to enter the India market has been on the backburner for quite some time now, may be mulling local assembly operation through an Indian partner or even taking on board a local distributor to market its cars in India.
Click to expand...
Iriz - the hatchback will have its work cut out for it, among the B-segment hatchbacks currently sold in India.
The car is offered with 1.3L and 1.6L petrol engines mated with either 5-speed manual or CVT automatic gearbox. Iriz come with a 5-star ASEAN NCAP rating.


Proton may look to bring Iriz hatchback to India
You must log in or register to reply here.