I got this today from Wiki:

Peugeot entered India in 1993-94. Peugeot cars were then sold through PAL dealerships. It pulled out after labor strife, shortage of CKD (completely knocked down) kits and a legal dispute with PAL, Peugeot won the case against PAL but decided to pull out of India on November 1997. However, its currently planning to establish a Manufacturing facility in India and plans to re-enter the Indian Automobile Industry.
Click to expand...
Any idea guys ? I recall the news about Citroën coming to India. What ever brand Peugeot is bringing in to India - whether it is Peugeot or Citroën -, if this is true, it will be the best thing that can happen to the Indian Car industry

Oh! this is really a great news!

But is there any source which confirms this ?

Nothing found so far. Its an Wiki entry and they have not put the 'Citation Needed' link on this statement.

Peugeot is a great car and can withstand our conditions pretty well. If they are coming, then it would be Peugeot in the beginning and on success, they'd bring Citroen later on.

Europe's second-biggest carmaker, PSA Peugeot Citroen, is assessing whether it can establish a unit in India and has not yet taken a decision, a spokesman for the group said on Monday.

"We are currently assessing the opportunities offered by the India market and the way to enter this market, but we have not taken any decision yet," Laurent Cicolella told Reuters by telephone from France.

The Financial Express had reported on Monday the French automaker was expected to tie-up with Caparo India, a wholly owned unit of UK's Caparo Group.

Cicolella said that there were no "discussions ongoing" with the Caparo Group.

Peugeot To Tie-Up with Mitsubishi?

Peugeot is considering to enter in India and tie-up with Mitsubishi Motors. Read below for details from business week.

----
PSA Peugeot Citroen, Europe’s second- biggest carmaker, shelved plans to expand in India pending the outcome of tie-up talks with Mitsubishi Motors Corp., which already builds vehicles there. Construction of a factory near Hyderabad was dropped in part because of the prospect of the pact with Mitsubishi, Peugeot Citroen Executive Vice President Gregoire Olivier said today in an interview at the Geneva motor show.

“Mitsubishi is already present in India, so if there were an agreement it would open up more options,” Olivier said.

Paris-based Peugeot is focusing on growth in South America and China, where production at a venture with Dongfeng Motor Group Co. will surge 30 percent this year to 350,000 vehicles, Chief Executive Officer Philippe Varin said today.Discussions with Mitsubishi “cannot last forever,” Varin said during a briefing for reporters at the Geneva show, while declining to comment on the state of the talks. The pair already share electric cars, four-wheel-drive models and a planned Russian factory and said in December they were exploring a deeper tie-up in which Peugeot might take a stake in Mitsubishi.
----

I had seen two Citroen car being tested in Bangalore, that was about 6 months back. May be we should see those cars in couple of years in the Indian Market.

Our market is heating up..it will get hotter in the coming days! Race of the machines

vinaykiran28 said:
I had seen two Citroen car being tested in Bangalore, that was about 6 months back. May be we should see those cars in couple of years in the Indian Market.
Click to expand...
That's a good news and nice to learn that Peugeot is continuously testing their cars in India, but I just sincerely hope that they get back with a bang, Similar to what Fiat did, The brand which was not seen with so good reputation is now giving sleepless nights to well-established players like Maruti Suzuki and Honda Siel.

vinaykiran28 said:
I had seen two Citroen car being tested in Bangalore, that was about 6 months back. May be we should see those cars in couple of years in the Indian Market.
Click to expand...
which citroen cars were they and is peugeot going to bring their own cars or launch the complete citroen brand here?

Europe's second largest car-maker PSA Peugeot Citroen on Wednesday announced plans to re-enter the Indian market with a mid-sized sedan, ten years after it made an exit from the country.

The French company, which in 2009 decided to go slow on plans to kick off operations in India due to a global economic slowdown, will set up a plant to manufacture the vehicle locally. The location for the facility is still being evaluated.

"Peugeot is pleased to announce its intention to enter the Indian market with both commercial and industrial operations. The brand will produce, as a first step, a mid-sized sedan car," the company said in a statement.

Without sharing any timeframe for introducing the product in the country, the company said its objective is to sell 50 per cent of its total vehicles outside Europe by 2015, compared to 39 per cent in 2010.

"India is a key market and this new implantation reflects our ambition to become a global player. As in China, we will offer Indian customers vehicles adapted to their expectations," PSA Peugeot Citroen Executive Vice-President (Asia) Gregoire Olivier said.

Without specifying if the company's Indian headquarters has been shifted to Mumbai, the company said: "Rajesh Nellore, Managing Director India, is leading the Group's activities in India from Mumbai."

In 2008, PSA Peugeot Citroen had appointed Nellore as Vice-President in charge of the projects for India and had set up an office in Chennai.

PSA Peugeot Citroen is no stranger to India, having entered into a partnership with the erstwhile Premier family resulting in joint venture Peugeot PAL India. However, it pulled out from the JV in 2001.

The company had earlier conducted a feasibility study and said that a decision to enter the burgeoning Indian passenger car market, which is expected to reach near two million units in 2010-11, would be taken in 2009.

Before that, in 2009, Peugeot Citroen was scouting for a location in Tamil Nadu and Andhra Pradesh, for which it had met government officials in the two states to set up a manufacturing facility.

The company was reportedly in discussions with the Automotive Research Association of India to understand the regulations and homologation (making the vehicles meet Indian rules and norms) needs for launching products like its 307 hatchback and C5 sedan in the country.

Later, Nellore said the global economic crisis slowed down the company's plans, but was strongly in favour of operations in India "as and when conditions become favourable".
Click to expand...
Source: rediff

Good thing but i would personally like to see a good hatchback first from them in the range of Figo. Look what Figo did to Ford and Micra did to Nissan recently , hatch is the hot commodity in Indian automotive scenario!

hatchback is currently hottest segment in india so peugeot will definitely try to enter here but hey one thought. why they dont try to join hands with FIAT?? two failed carmakers can maybe now change their fortunes together by having success..sorry if it sounds bad idea.

Yawn! Most of us are already bored of hearing the Peugeot comeback news piece by piece. Now this time finally we have some concrete information with us. The company has decided to set up Rs.4000 Crore plant near Sriperumbudur, Tamil Nadu. Peugeot expects to roll out at least 3 Lakh units per year but we’re yet to see what these models are going to be. They are rumored to most likely start off with the 508 Sedan. Safe enough to say, the count down begins! 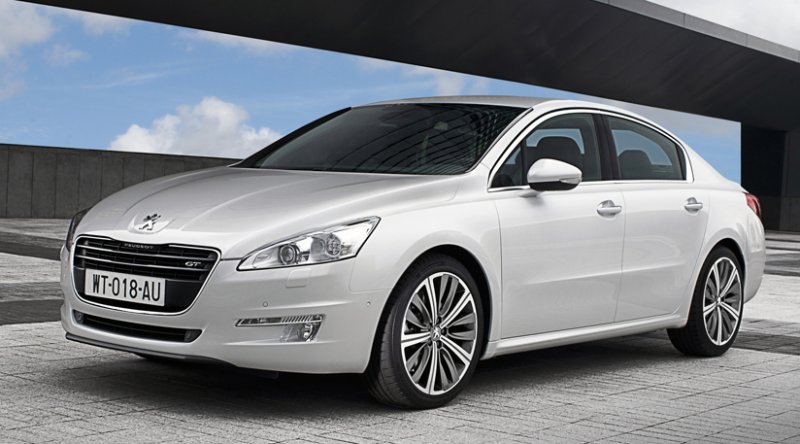