The company has finally decided to bring the car here officially as a 'halo' car. 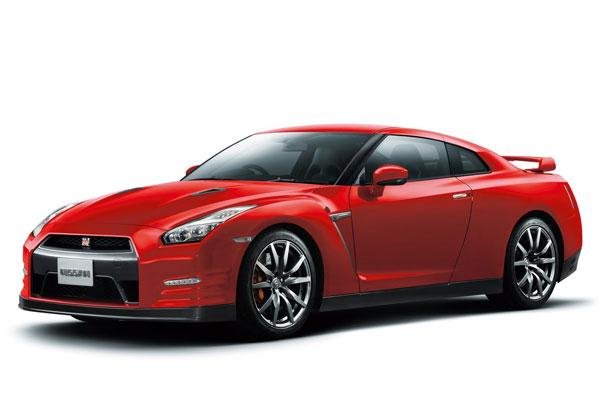 The current car that will be imported here makes a chest-thumping 545bhp from its twin-turbo V6 motor, and has a claimed 0-100kph time of under 2.9 seconds. What allows it to deliver this scintillating performance is its four-wheel-drive system, ideal weight distribution and really aggressive gearbox. The car's giant-killing reputation also comes from the amount of grip it generates around corners, and its track-car-like ability to put a huge amount of power down to the road.

Expected to come to India at a price of around Rs 1.2 crore. 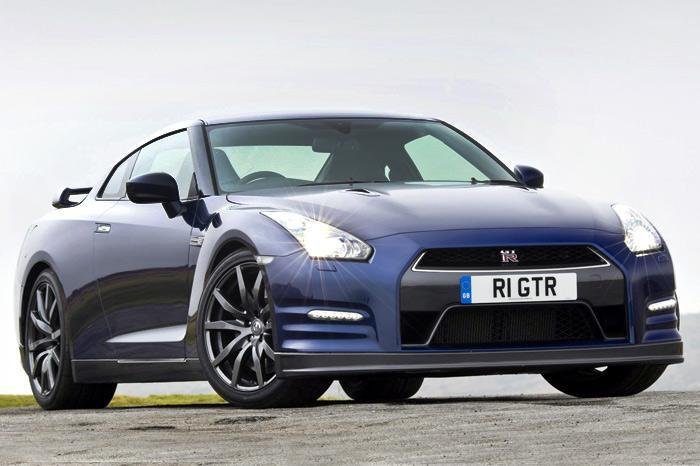 Nissan plans to introduce the much talked about GT-R supercar in India closer to the end of 2015. The plan was to drive in the model much earlier, but the brand is now ready to support the high-performance model here on Indian soil.

To service the GT-R, Nissan will get their technicians trained for over 4 months to understand the routine maintenance process. All dealers who retail the GT-R will have a trained technician.

Nissan is planning to launch it's GT-R by Diwali. 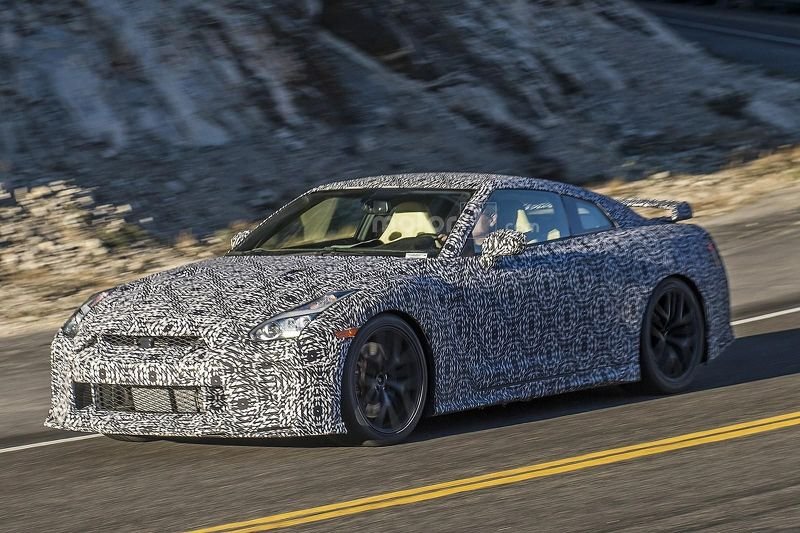 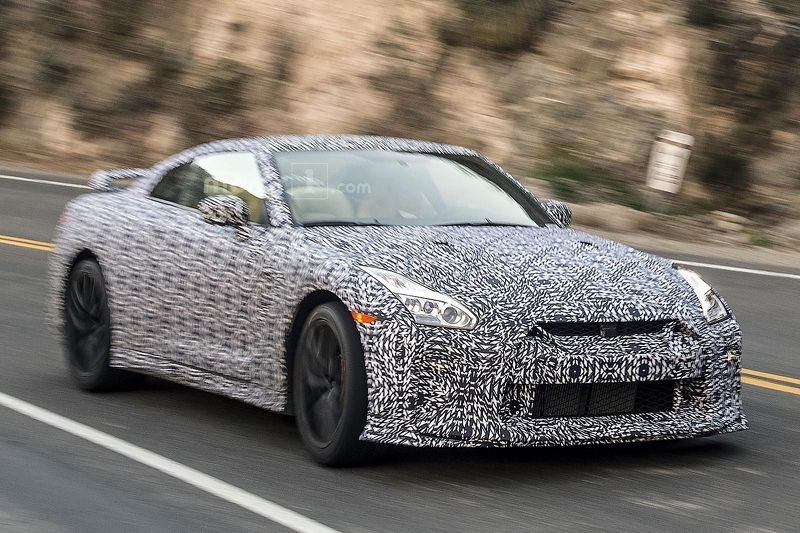 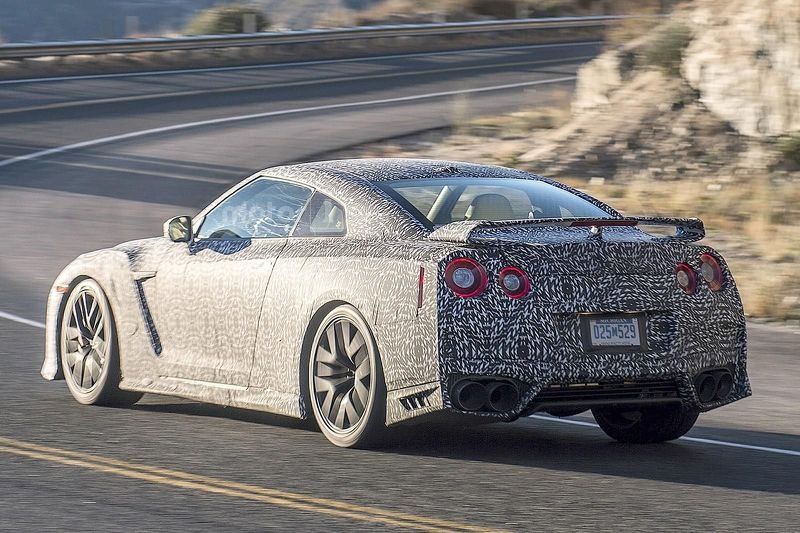 ​
Looking instantly recognizable, the updated model largely carries over but there could be some minor modifications hiding underneath the camouflage. Nothing really jumps out and screams different but there does appear to be new taillights.

Little else is known about the model at this point but Nissan GT-R program manager Hiroshi Tamura recently said he wants to improve the car's handling, ride quality and noise, vibration, and harshness (NVH) levels.
Click to expand...
link

Another Teaser of GT-R

Re: Nissan To Bring Iconic GT-R To India-Bookings Open! 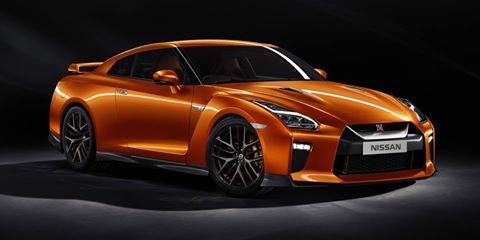 The new GT-R was unveiled at the New York International Auto Show in March this year and is all set to hit Indian shores before the end of 2016.

The 2017 GT-R, Nissan’s flagship sports car model, has received the most significant changes since it was introduced in 2007. With new levels of refinement and excitement, GT-R will delight Indian performance car enthusiasts with its dynamic new exterior styling, lavishly appointed interior, driving performance enhancements and key new features.

Interested customers can pre-order their 2017 Nissan GT-R by paying a deposit of INR 25 lakh (2.5 million INR). For more information, customers can reach out to the Nissan GT-R helpdesk at 1-800-209-3456. They can also visit www.nissan.in for details or write to customercare.nissan@email.nissan.in.

Guillaume Sicard, President, Nissan India Operations, said, “The 2017 GT-R will bring more excitement to the Nissan range in India. GT-R represents the pinnacle of Nissan’s driving performance and this latest model has become even more powerful and luxurious. We are proud to offer this legendary sports car to Indian performance car enthusiasts.”

The GT-R is powered by Nissan’s state of the art 3.8 litre V6 24-valve twin-turbocharged engine that produces 570PS at 6800 rpm and 637Nm of torque. Handcrafted by master craftsmen in Japan known as “Takumi”, GT-R engines are mated to a 6-speed dual clutch transmission. This combination propels the car from 0-100kmph in less than 3 seconds.

New for the 2017 GT-R are fresh colors inside and out that complement the car’s sophisticated character. In India, the GT-R will be offered in the European spec Premium Edition and will be available in Katsura Orange (new for 2017), Vibrant Red, Pearl Black, Storm White, Daytona Blue, Gun Metallic and Ultimate Silver with matching leather trim inside.
Click to expand...
Official

Why does a company launch a 'Halo' car? Is it for any specific purpose? I wondered the same when Mustang GT was launched? Will this add any value to the manufacturer? I do not see such product fro Hyundai or Suzuki.

a4arun said:
Why does a company launch a 'Halo' car? Is it for any specific purpose? I wondered the same when Mustang GT was launched? Will this add any value to the manufacturer? I do not see such product fro Hyundai or Suzuki.
Click to expand...
What else will you do if you aren't able to sell cars for the masses. Hyundai and suzuki are busy producing and don't need the feel to launch the halo cars.

True. Hence the reason why I am perplexed. It is not that Nissan does not have any products that can suit Indian customers. Murano, QASHQAI, Dualis and the likes can give Nissan the much required image and sales boost. They could even launch their pulsar hatchback. Not really sure if they want to concentrate on resurrecting Datsun. Really sad to know such a great company has lost its plot completely in India.

The shifts in demands are so uncertain. Some years back we saw how people went on diesel cars buying spree. Honda lost the sales but came back with lower quality city with diesel engines.
And now again they must be confused since now everyone is avoiding diesels.

They have to study the market and launch cars at the correct time.
I was searching for a automatic vehicle and the micra is the best vfm auto hatch retailing at 5.99 lakhs with airbags and abs and many other features.

Micra for me atleast is a true VFM automatic. A perfect city stroller for urban families. Similarly Nissan offers CVT in Sunny. However it is offered only in the top variant which takes out the VFM equation. Hence the low volume.

Another problem was with the after sales support. Nissan simply goofed it up with hover. Although they have learnt from their mistakes the impression is already created and it will be a steep hill to climb. Now everyone would agree that Terrano will always be considered as duster sibling. They can atleast start with refreshing their product offerings. That can atleast put Nissan in customers mind. I could not remember when was the last time they had launched a fresh product. The policy uncertainty has not stopped customers fro buying Hyundai, maruti or Toyota Diesel offerings. I sincerely feel it's time for Nissan to stand up, read the market and launch appropriate products.

Seems to me that they simply do not have a strategy in place for India. They have to come out of Renault's shadow if they want to see volumes in India. They are missing out on a great market potential.

Renault launched the Kwid and it did wonders. A triple fold in their sales. So Nissan should do the same. Bring in a car which will make indians go gaga :p

FYI, GTR is my favorite supercar.

Nearly a decade after launching the R35 Nissan GT-R in international markets, Nissan announced earlier this year that it will bring the car to India in the second half of 2016. The updated Nissan GT-R was launched at the New York Auto Show earlier this year and now Nissan India has opened pre-bookings at Rs 25 lakh for the same. The third facelift of the GT-R makes more power than ever before and will be launched officially by the end of September.
Click to expand...
Source: NDTV

nmm mithra said:
Nissan GT-R pre-bookings open in India at Rs. 25,00,000.
Source: NDTV
Click to expand...
What would be the Exact pricing for this killer and is there any personal modification offered by them
You must log in or register to reply here.