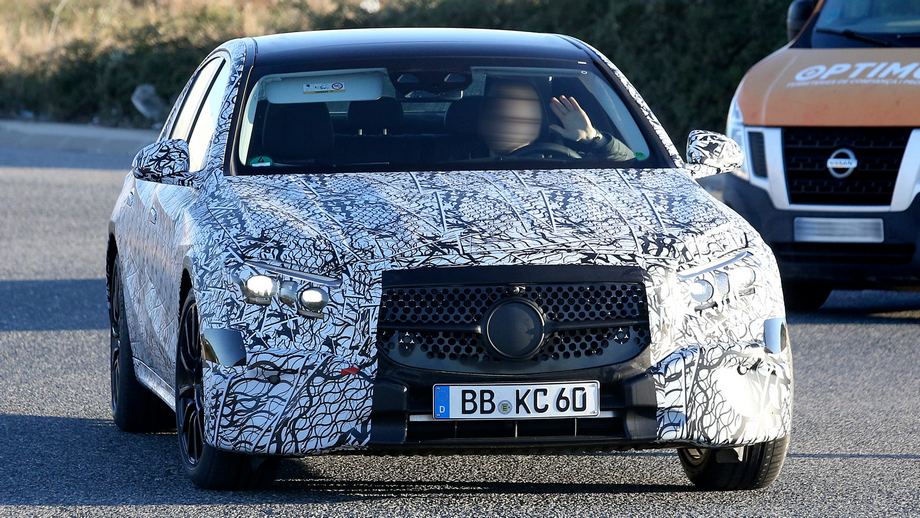 Mercedes will move to a new generation of its long-lived E-Class within the next couple of years, and the first spy shots of the new model have surfaced. 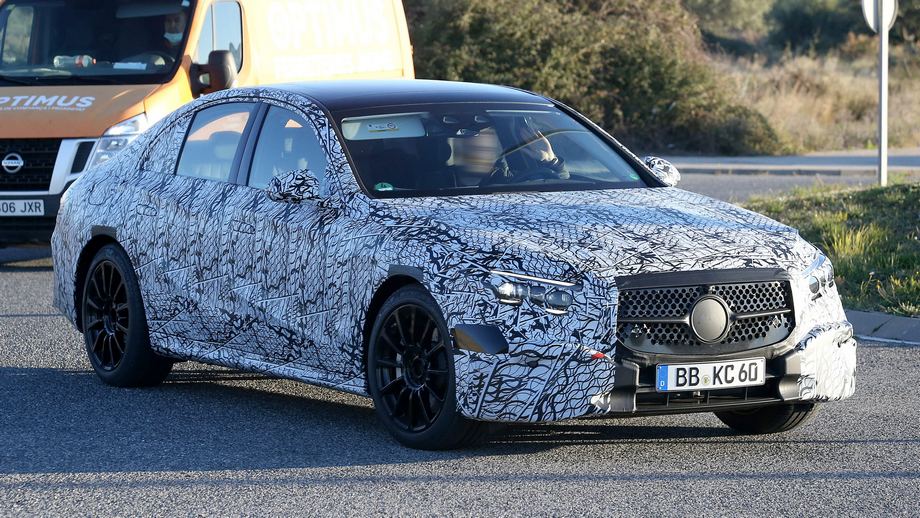 Caught by spy photographers on public roads in Europe, the rival to the Audi A6 and BMW 5 Series isn’t wearing the typical thick black disguise usually seen when early prototypes emerge, rather a thinner, more revealing wrap. That means we can see it’ll stick closely to the styling convention of the latest C-Class and S-Class. 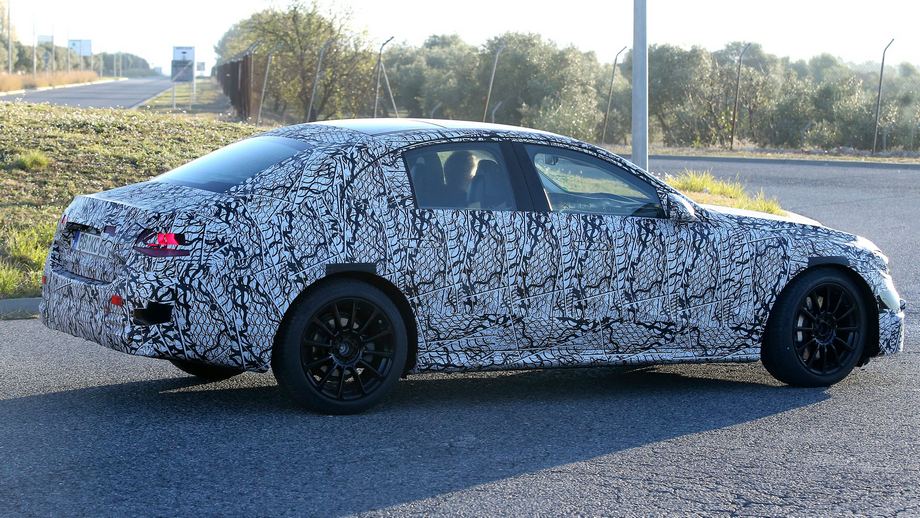 Although the front grille of this prototype appears to be a dummy cover, the overall front-end shape appears to be more reminiscent of the sportier-looking C-Class than the more classically shaped S-Class. A low front bumper points to that, too, although the headlights, with their dual LED running lights, more closely align with those of the S-Class. 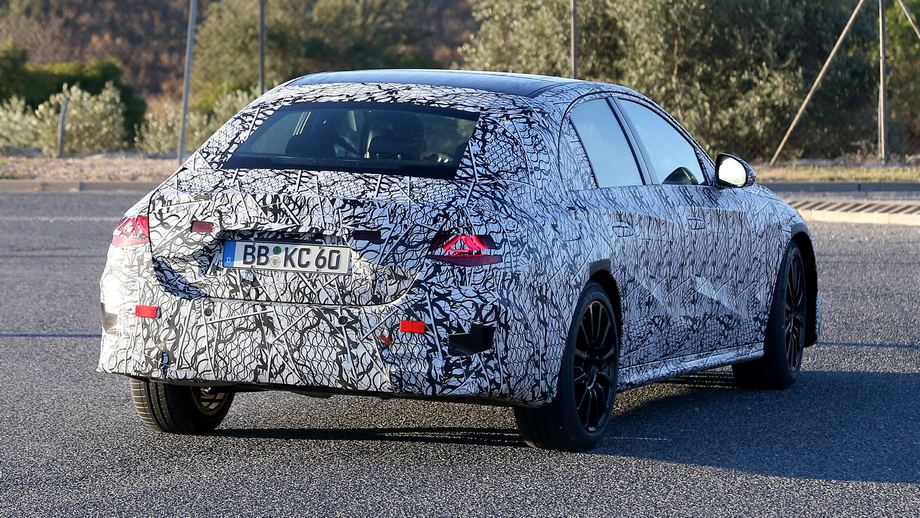 Down the side we can see a slightly taller shoulder line than today’s car, as well as some swoopy design lines on the doors. Also visible are the same pop-out electric door handles as the S-Class, which sit flush in the body when driving for better aerodynamics. 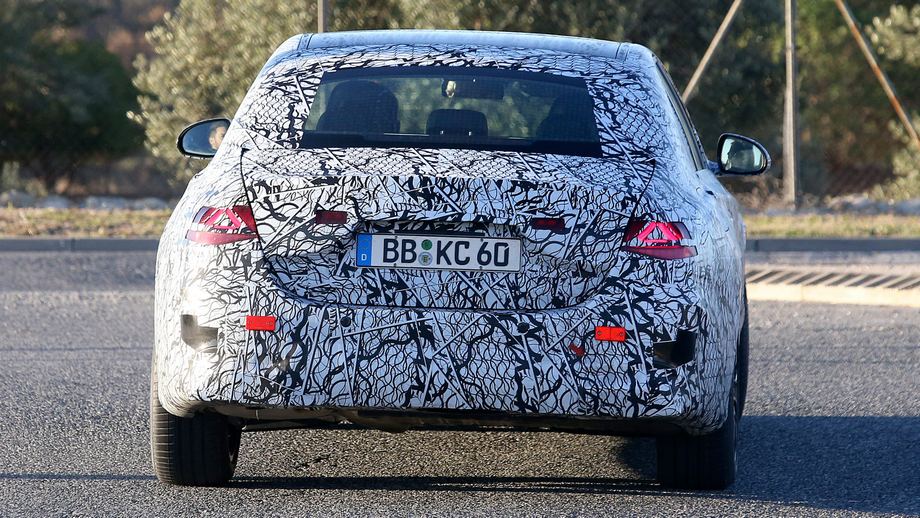 The rear appears to continue the family look, although the car’s finished tail-lights aren’t visible. And although we can see into the cabin in these shots, the dashboard is heavily camouflaged. However, we expect the design to borrow much from the latest S-Class, including the large portrait-angled central touchscreen and big digital dial display.

Those aren’t the only technology features that the E-Class will adopt from its larger sibling, however. Expect a high focus on connectivity and autonomous driving features, including level-three autonomy and over-the-air software updates. It could even feature 5G connectivity to bring a suite of high-speed data features, along with tech such as rear-wheel steering to improve agility and stability.

Judging by the typical seven-year lifecycle of the E-Class, expect the new model to launch in 2023 after Mercedes’ all-electric EQE executive saloon, which is due in 2022. While full battery power will be reserved for that car, the new E-Class is highly likely to adopt a fully electrified engine line-up, with a mixture of mild-hybrids and plug-in hybrid systems mated to four and six-cylinder petrol and diesel engines.

Plug-in versions will also offer a much greater electric range than today’s car. It’s unlikely that the AMG-tuned E 63 will return with the same 4.0-litre twin-turbo V8 as the current model, however. Auto Express understands that the smaller C 63 will ditch its V8 in favour of a hybridised four-cylinder turbo unit, so expect similar downsizing for the larger saloon. It’s possible the E63 will use a six-cylinder engine to account for its greater power output, however.

Expect to see the new E-Class also offered in estate and All Terrain forms after the launch of the saloon. The E-Class coupe and convertibles are unlikely to be directly replaced, however: as reported by Auto Express earlier this year, the German brand will launch a two-door model, dubbed the CLE, which will serve as a catch-all car and replace both two-door versions of the C-Class and E-Class. That should be offered in hard-top and soft-top formats.